Two days into the Ashes Test at Adelaide Oval, it is already virtually impossible for England to win.

The match has turned into a trial of the England team’s ability to endure.

An unusual assessment at this early stage? You might even want to call it courageous – in the ominous political sense that entered our language decades ago via the Yes, Minister BBC-TV series.

After all, sides that have made 500-plus in the first innings at Adelaide have been known to lose the match. This match stands at Australia 8/442 from 149 overs, England 1/29 from nine overs and one ball.

But it is even harder for the England team than their not being able to win this one. They stand in real peril of going further and losing it, because they now have to resist the mental disintegration that comes from having to spend too long climbing a steep mountain whose summit seems to stay out of sight. 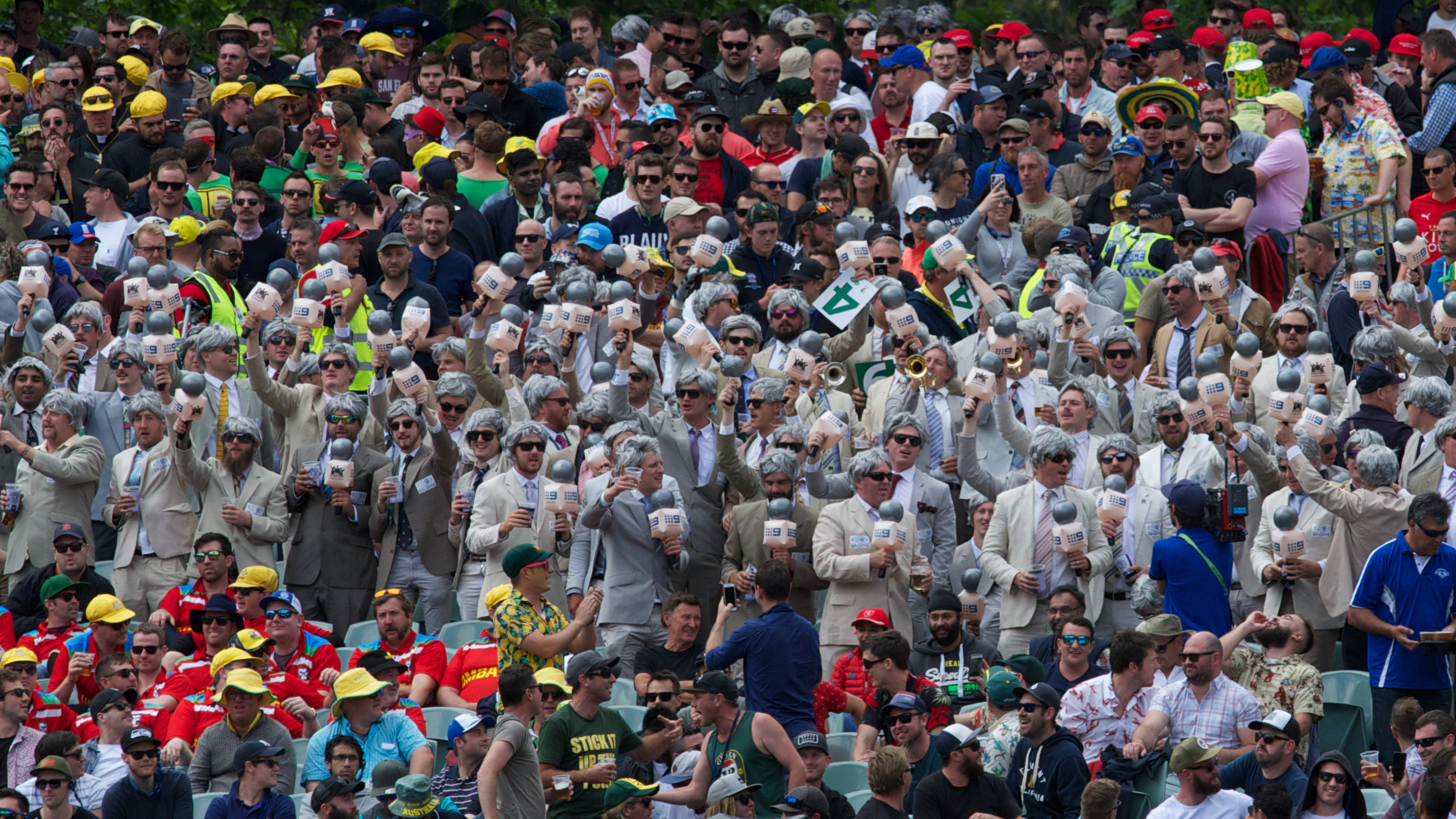 A glut of Richie Benauds on hand for the action. Photo: Michael Errey / InDaily

Think back a week or so, to Brisbane. England had made not quite enough, a respectable 302. Twice they had Australia on the mat, at 4/76 and again at 7/209, and twice Australia got up to finish with 328 – an irritating but hardly commanding first-innings lead. And after spending a day watching strong positions slip away, England disintegrated to be bowled out in just past 70 overs, handing the match to Australia.

This time, they have to stare at the towering mountain for longer. If they bat for two days – against a bowling attack more obviously penetrating than their own – they still will not be far enough in front to put Australia under real pressure on the last day. If they do not bat for two days…

How did they get themselves into this position? In part, they put themselves there, by putting Australia in to bat.

We now know that the decision to bowl first if they won the toss was essentially defensive: they wanted the best possible chance of using a bit of life in the pitch, because they do not trust themselves to take 20 wickets on a pitch that has settled down.

Ian Chappell’s dictum must be giving them headaches now: If you win the toss, and you like the look of conditions for your bowlers, you can think about having a bowl – and then you bat.

It has been said that England also put themselves there by bowling the wrong length on the first day, but take that with a grain of salt. Maybe they were a bit short before the rain came late in the first hour of the game, but they only provided opportunity for one fully attacking shot in that time. 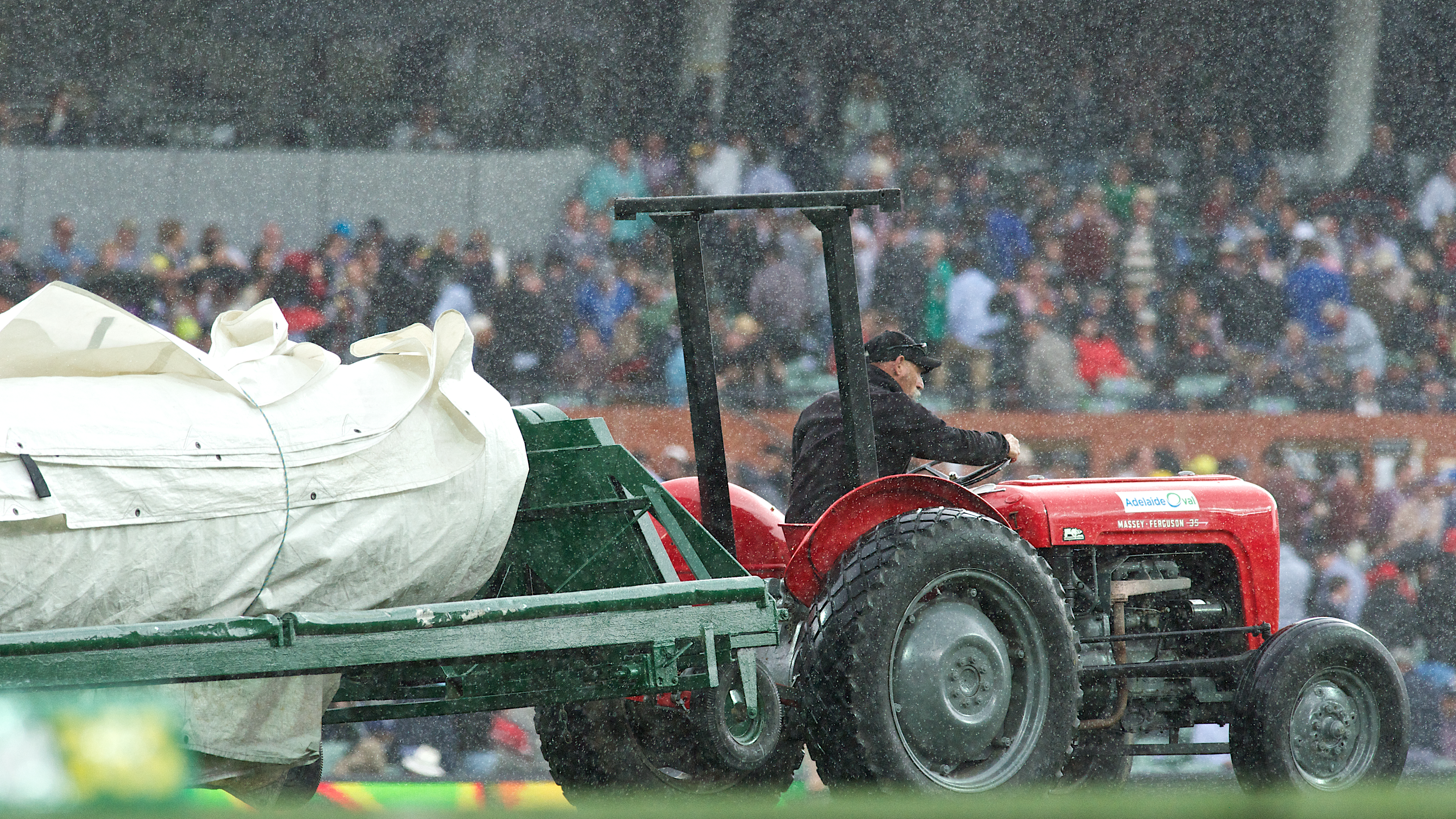 And for the whole of the day, the Australian batters found it almost impossible to drive the ball straight, Joe Root was able to keep a full hand of slips-catchers in position, and Australia inched to 209 from 81 overs – barely more than 2.5 runs an over.

There can’t be too much wrong with the bowlers’ length when that happens, when batters are forever searching for the ball as it deviates off the seam, being beaten by that movement regularly, having to abjure attacking shots.

Another reason has been proffered: Jimmy Anderson is said to be past it. Crow about that, if you will. But watch him with a bat in your hand, approaching through those ten superbly balanced strides, every ball likely to offer some kind of threat, and I suspect you would sing a different song. He did not have a successful time? Well batted.

Twice, of course, in successive overs on the second day, he thought he had had success when Chris Gaffaney gave LBW decisions in his favour, only to be overturned by the decision review system, using the ball-tracking technology. I am a ball-tracking sceptic in some situations, but the man who was sitting next to me knows that on both occasions I said, in real time, “Not out, too high.” This time ball-tracking agreed – even without the benefit of years of wicket-keeping in which to learn to read the bounce.

But the present state of the contest is not down to England’s deficiencies or decision-making, or to misfortune. Even the dreadful mix-up between Alastair Cook and James Vince both trying for the same catch in the last minutes of the Australian innings did not affect things much. It seemed like a grim symbol, but it was no more embarrassing than David Warner’s run-out of his batting partner Cam Bancroft on the first day. 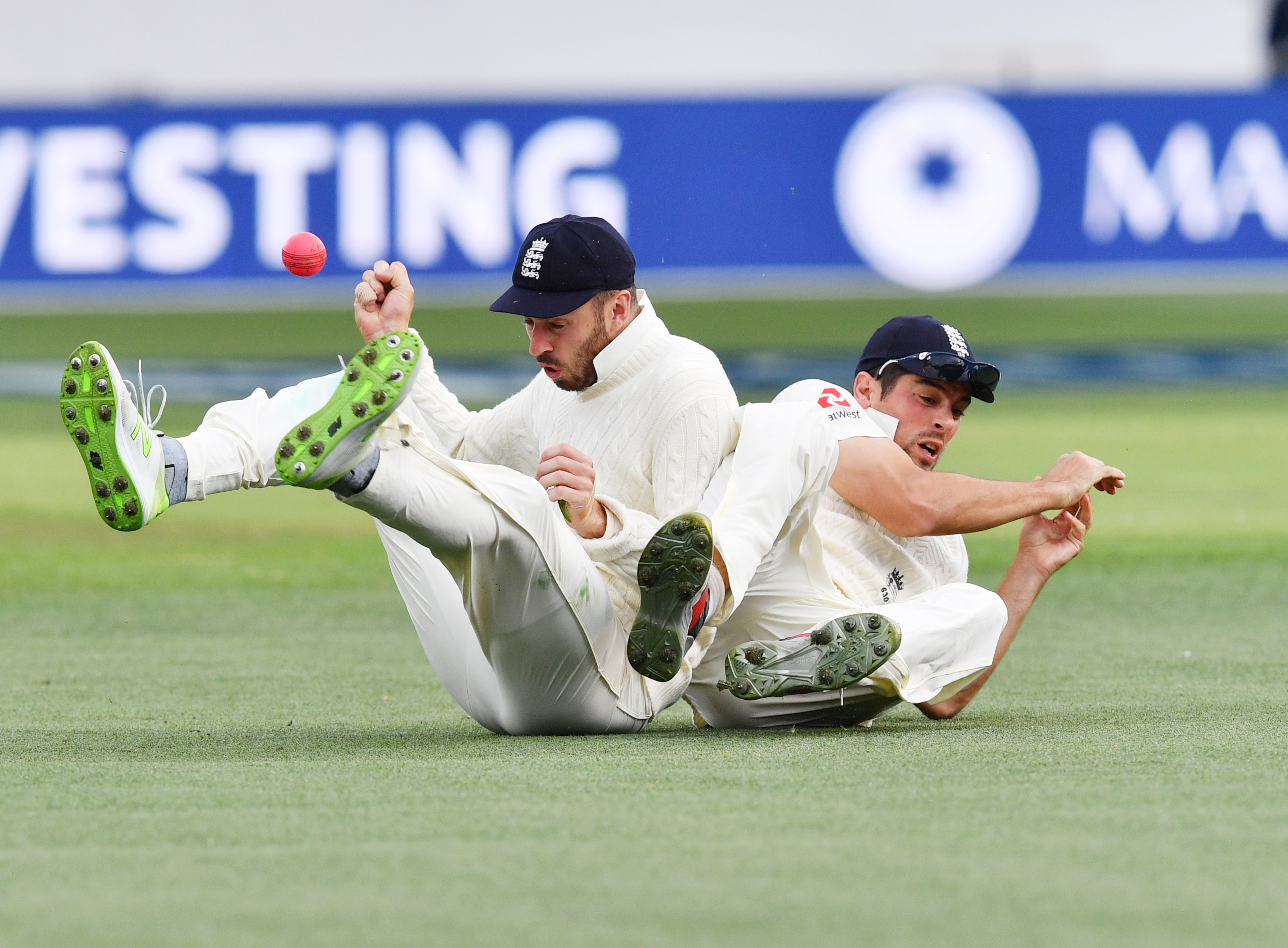 Despite all these things, there is a simple reason for the Australians’ present dominance. They earned it.

Shown the way by Steve Smith in first Test, and followed so far in this one by Shaun Marsh and, most notably, Pat Cummins, the Australians have learned the importance of batting time in a test match.

And it is never more important to be patient, to occupy, that when the other captain gives you first hit. Your opponents would love to knock you over for less than 200, of course, but even if you rattle your way to nearly 300 all out on the first day, the object has been achieved. Four days remain – plenty of time for them to use the best of the batting conditions, build a daunting lead, and make you be the team spending a lot of time staring up at that big mountain. 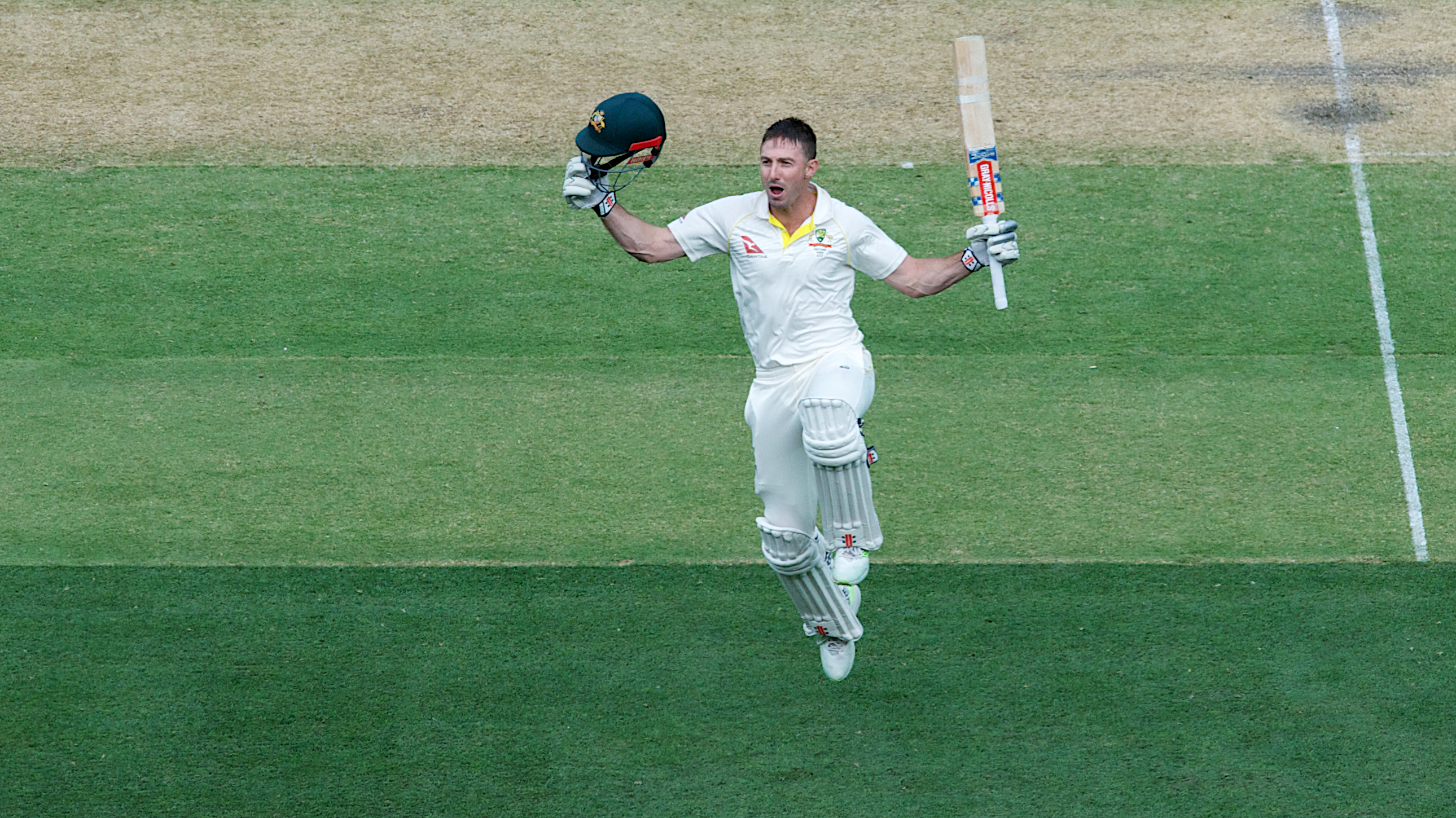 In any cricket match, but particularly in the circumstances of this one, just being there matters; but so too does the willingness and the capacity to seize the moment. And that is what wicketkeeper Tim Paine did yesterday morning, after Peter Handscomb was out first thing. Australia perilously poised at 5/209, England with a night’s rest and a near-new ball in the bowlers’ hands.

Paine, whose batting technique is simple, elegant and direct, took them on. Marsh retreated even further into ‘I’m-here-forever’ mode, and Tim Paine cracked 57 runs from 102 deliveries, which is hardly lightning-fast by general contemporary standards, but fast enough to swing the balance decisively this time.

He fell for a dreadfully obvious sucker-play of a barrage of bouncers when he might reasonably have chosen simply to let them go, because no bowler can keep that sort of thing going for very long. Still, that made Australia 6/294 with competent batting to come and the new ball seen off.

That made the 350 secure; and at Adelaide, in a pink-ball day-night test, that might have been thought to be something like par, especially when the others did not want to bat.

Normal services were resumed, and the England players began to show their mounting fatigue and anxiety in the field: a bit of trudging instead of trotting, increasing conferences in groups ranging from two to five, and skipper Joe Root exceeding his usual fiddling about with field-settings by so far that he invited the creation of an eponymous verb to describe the activity.

The Australians kept their opponents out there for another 41 overs – more than half the working life of a test-match cricket ball, more than a session of play, another 148 runs. 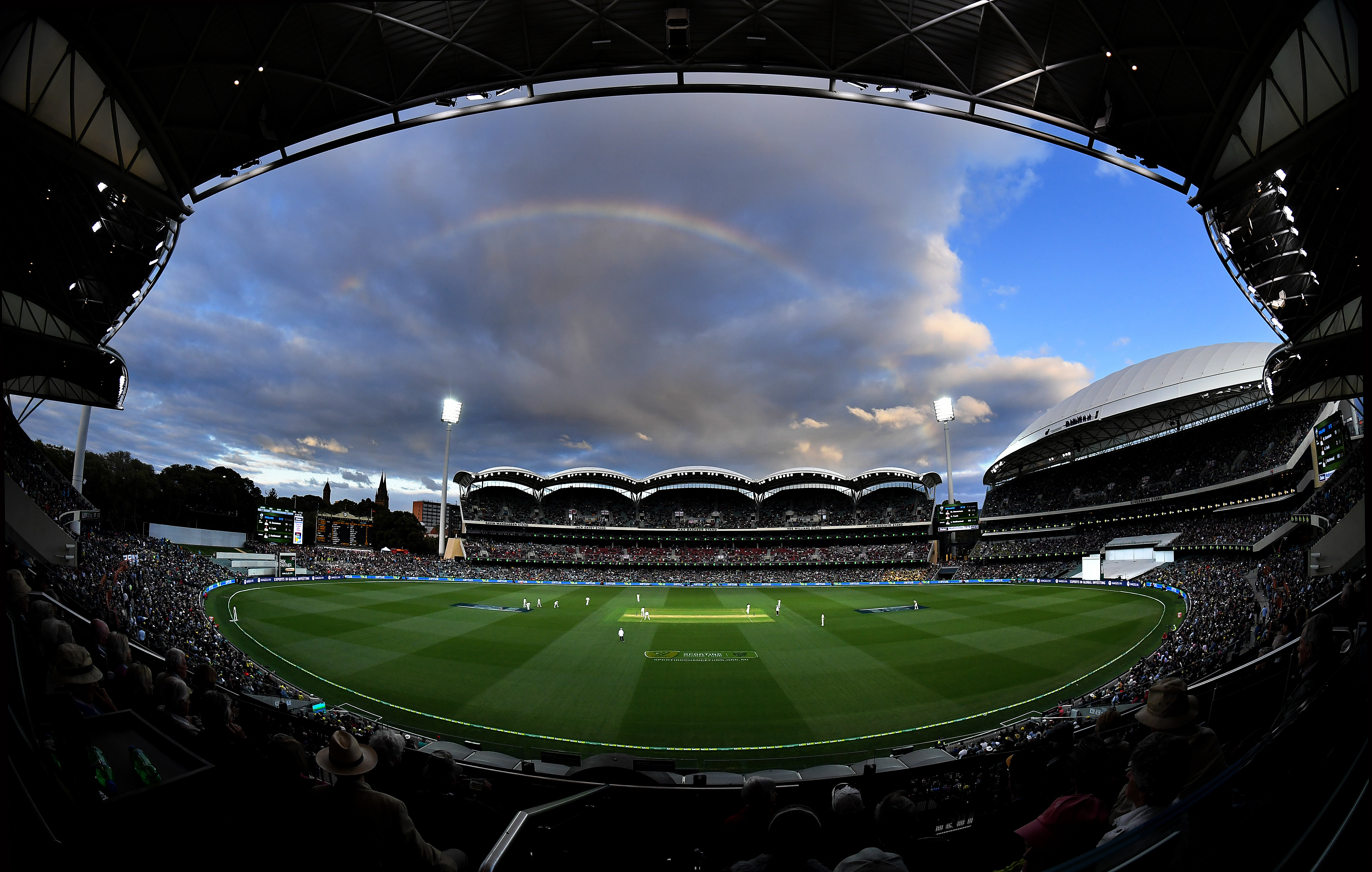 At the end, after Steve Smith had signalled the imminent closure of the innings, a flurry to remind us that Shaun Marsh has an array of thumping attacking shots to go with his silken cover-drives, and soon the rain came again to save batters who had been fielding for nearly two days from having to deal with more than nine overs.

There will be no more rain.