Smith has recently come under fire for making so-called captain’s calls regarding his XI.

“All this rubbish about me picking my mates is absolute garbage. I certainly don’t agree with that,” Smith told reporters in Sydney today.

“People can say what they like. I’ll read it. It doesn’t bother me and I just get on with it.

“I’m not a selector but I certainly speak to the selectors a lot and express my views.”

Trevor Hohns’ selection panel has made it clear they face two difficult dilemmas ahead of the five-Test series against England that starts in Brisbane on November 23.

Wicketkeeper Matthew Wade, whose combative approach and tactical nous is highly rated by Smith, is under immense pressure to retain his spot because of a lack of runs.

The No.6 spot in the batting order also remains up for grabs, with Smith noting “nobody really stood up” in the day-night Sheffield Shield opener.

There is also rising speculation regarding opener Matthew Renshaw’s place in the team.

“I’m not sure… hopefully he spends some good time in the middle and gets himself a big score,” Smith said, when asked if Renshaw was under pressure.

The Shield round that starts tomorrow will be players’ last chance to impress before selectors meet to pencil in their XI for the Gabba.

Meanwhile, England opener Mark Stoneman says the visitors are determined to make their fans proud by being squeaky clean off the field in wake of the Ben Stokes saga.

Stokes has been provisionally suspended while police investigate a violent incident that occurred outside a UK nightclub.

The 26-year-old has been widely criticised for his alleged involvement in the street fight, which was captured by CCTV footage and has since been aired around the world.

The controversy has dogged England’s preparations for the Ashes.

But England coach Trevor Bayliss says there won’t be a drinking ban in place for his players during the Ashes, nor will there be any curfews.

Rather, the players have been warned to act responsibly.

Stoneman said the players were determined to be on their best behaviour.

“Hopefully we do justice to ourselves on the cricket pitch, but also people off the field as well, and conduct ourselves in a manner that everyone back home can be proud of,” Stoneman said.

“Obviously recent events have cast a bit of a shadow on that.

“But it’s up to us to carry it forward and represent ourselves as well in a good fashion.”

But England players believe otherwise, and they are determined to prove the doubters wrong. 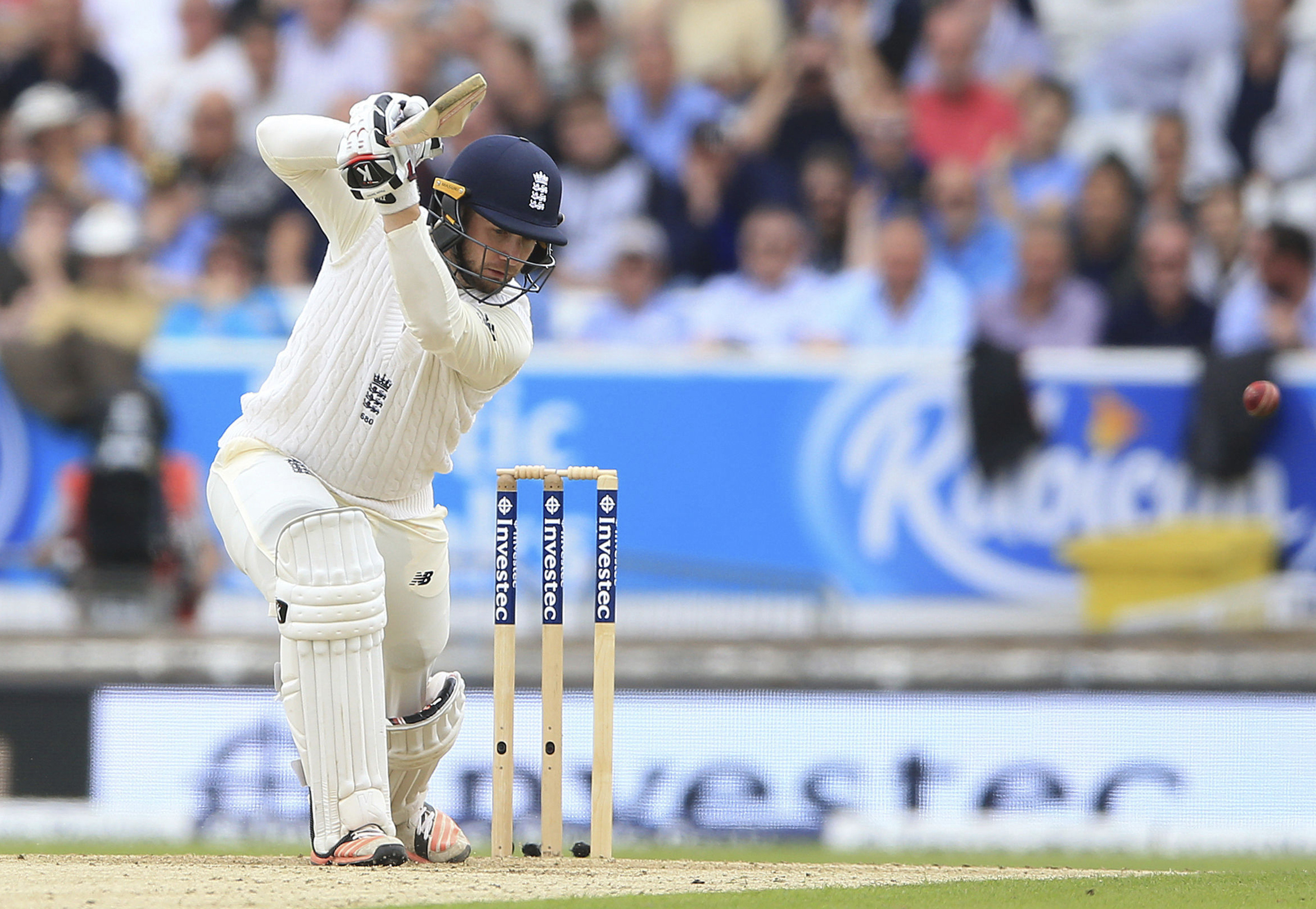 England’s Mark Stoneman is set to partner with Alastair Cook at the top of the Ashes order. Photo: Nigel French / PA via AP

Stoneman hopes that Stokes will be given the green light to play a part in the series.

“It would be great if we could have him here at some point.”

England will warm up for the Ashes with a two-day tour match against a weakened WA XI outfit at the WACA Ground, starting tomorrow.

But they have suffered two injury blows ahead of the match, with paceman Steven Finn and allrounder Moeen Ali set to undergo scans.

Finn jarred his left knee while batting in the nets at training yesterday.

He crouched to the ground in pain after suffering the jar, and limped off gingerly to the change rooms.

Ali has a sore left side that has bothered him in recent days.

The duo will undergo scans today in Perth, with their spots in doubt for this weekend’s match at the WACA Ground.

Finn was only included in the Ashes squad after Stokes’ provisional suspension.

The 28-year-old faced an uphill battle to be picked as the team’s fourth seamer. His untimely injury will further dampen his hopes depending on the severity.

Ali has played 44 Tests for England, and his experience looms as a crucial cog in a squad that is lacking many hardened veterans.

Late bloomer Stoneman hopes he is the answer to England’s revolving door problem at the top of the order.

Alastair Cook has had 12 opening partners since Andrew Strauss’ 2012 retirement, with Stoneman being the most recent.

The 30-year-old, who debuted during in August’s three-Test series against the West Indies, is again set to partner Cook at the top of the order for the Ashes opener, starting on November 23 in Brisbane.

He said being picked for the Ashes was the pinnacle for him in Test cricket, and would prove to be his toughest challenge.

“I think I’ve got a natural flow to my game, and I’m always looking to score,” Stoneman said.

“Hopefully, that can take pressure off Cookie if I’m playing well.

“I don’t think it rests just on myself and Cookie at the top of the order but, generally, the momentum will start there.”

Stoneman paid tribute to former Australian batsman Michael Di Venuto for helping him to propel his career into the Test arena.

The pair formed a close relationship while playing together at English county side Durham.

Stoneman switched to Surrey in 2016 after Di Venuto was appointed head coach there.

“He’s been a fantastic mentor for me,” Stoneman said.

“He doesn’t complicate the game too much. He’s definitely taken my game forward.”

Stoneman, whose wife is Australian, spent six seasons playing grade cricket in Sydney, giving him good experience of the conditions he can expect this summer.