But that aside, the wicketkeeping berth remains a mystery after all three candidates failed to make meaningful runs.

Australian selectors have two more Shield rounds to ponder before picking a side for the first Test against England starting November 23 in Brisbane.

While the top order appears settled after Usman Khawaja’s century for Queensland against Victoria, the No.6 slot remains troublesome.

Challenger Travis Head made eight and a golden duck for South Australia as the Redbacks wilted to a six-wicket home defeat yesterday; Shaun Marsh made 63 and 11 as an opening bat for Western Australia.

Two Test all-rounder Hilton Cartwright banked decent totals, 61 and 38. He batted at six in Australia’s most recent Test against India last September, when Maxwell was No.5.

NSW’s Moises Henriques made 11 and four not out for NSW; another all-rounder Marcus Stoinis posted scores of nine and 32 for the Warriors against Tasmania.

The batting candidates found the going tough, as did the three wicketkeepers vying to take the gloves for the first Test.

After being sent a message that runs were almost as important as glove work, incumbent Matthew Wade returned scores of one and four for Tasmania.

Carey was one of eight Mitchell Starc victims in SA’s second innings.

Starc’s career-best 8-73 haul in his first long-form game in more than seven months – after garnering 2-46 in the first innings – would have soothed selectors, and sent the most timely of warnings to England.

But Starc says it’s not the wickets, but more his rhythm which pleased him most about his best innings haul in any form of cricket.

“It was nice to get some rhythm throughout the fixture and bowl some good balls and take a few wickets along the way,” he said.

Starc was playing his first long-form game since suffering a foot injury during a Test in India last March.

“It was nice to get some overs under the belt, 40-odd overs, and some time in the legs out on the field… find some nice rhythm,” he said.

“We (NSW) have got another game next week against the WACAs so it’s another chance to… get ready for the first Test.”

But he said sending a message to England, who arrived in Australia just yesterday, wasn’t his motivation. 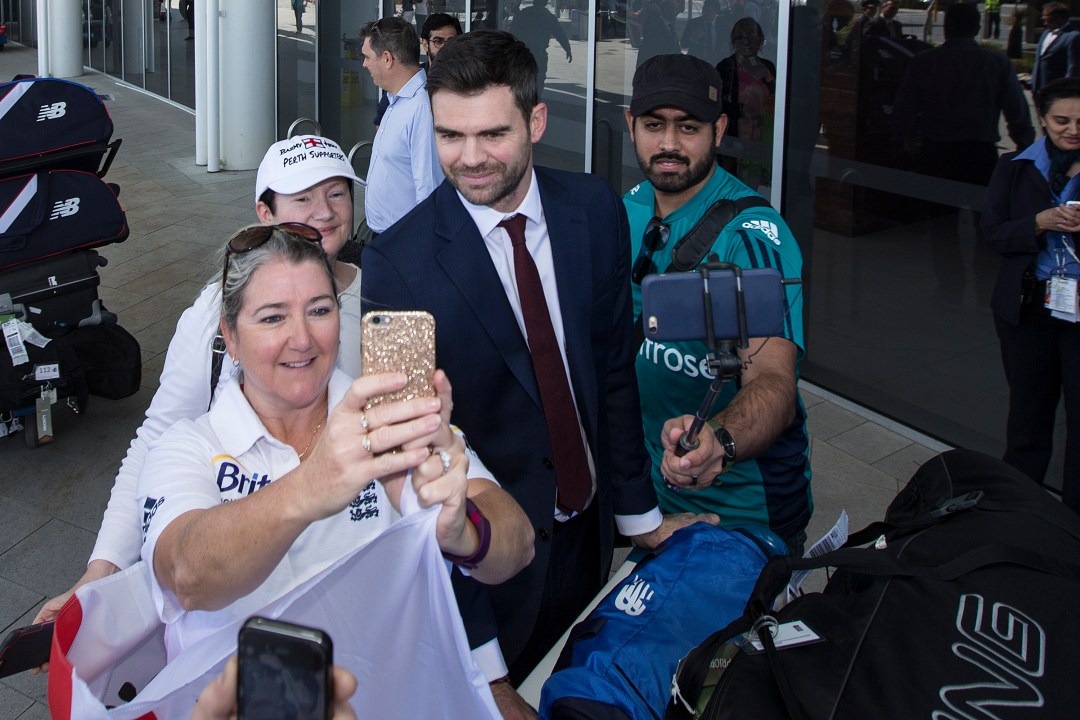 “Everyone is going to be mentioning the Ashes over the next few weeks but for us it’s winning games for New South Wales,” he said.

But Starc conceded the buzz was building for his first Ashes series on home soil.

“There is always going to be the excitement there, I haven’t played one (Ashes series) at home,” he said.

“So definitely for the quickies it’s exciting to play cricket in Australia, let alone an Ashes.

“For us, the next few weeks is about preparing for long-form cricket, getting some good game time in and hopefully winning some games for New South Wales.

“And then we’ll talk about the Ashes.”

Starc’s feats meant SA could only set the Blues 57 runs to win – they lost four wickets in the chase, including another failure to captain Steve Smith.

Smith made nine to follow his three in the first innings but vice-captain David Warner again spent valuable time at the crease, making 32 from 73 balls to complement his 83 in the first dig. 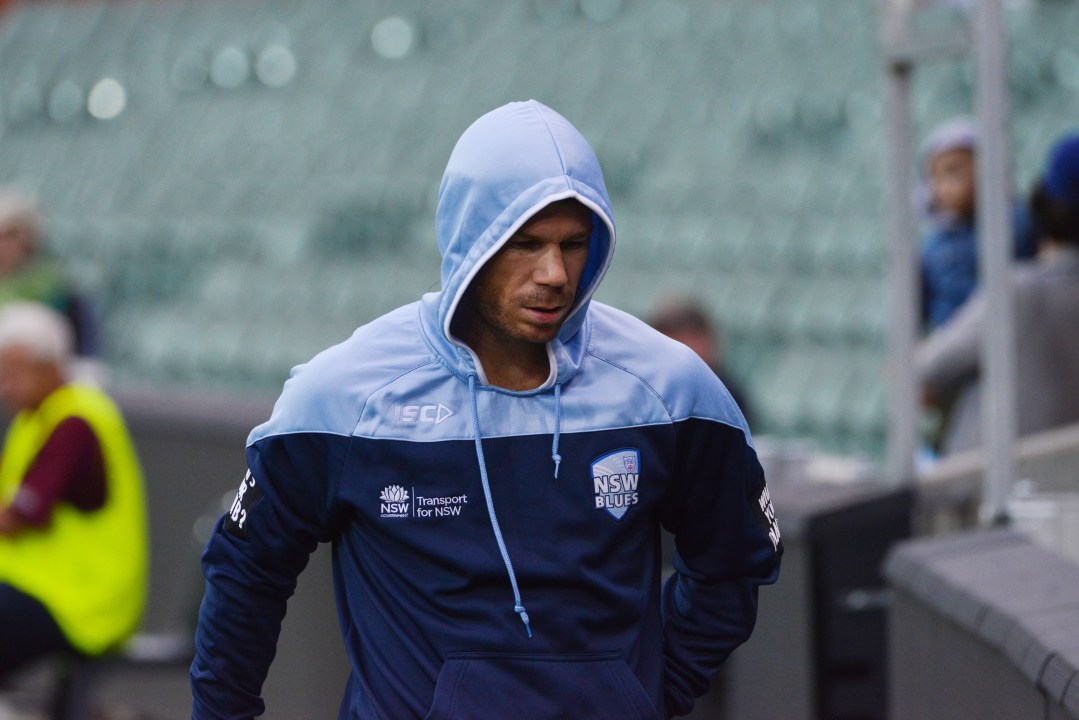 Cummins only took two wickets for the match against the Redbacks though he was stiff, according to Starc.

“I thought he bowled really well,” Starc said of Cummins.

“He probably deserved more than what he got, he bowled some really unplayable balls and some good fast balls as well.

“He bowled a lot better than his figures suggested and on another day probably would have got the rewards and I wouldn’t have got many.”

Over in Perth, Nathan Coulter-Nile may not quite be ready for the first Ashes Test but, provided his body holds up, he will bang the door down to break into the Australian team.

Having built his reputation in coloured clothing, the 30-year-old fired with bat and ball WA’s record 301-run win over Tasmania at the WACA Ground yesterday in his first Sheffield Shield match since 2015.

He made 42 and took 1-23 in the first innings before starring in the second, firstly with a crucial 52, then ripping through Tasmania’s top-order taking 3-18 as the Tigers capitulated for 63.

“I was pretty pumped to have a good game, especially with the bat,” Coulter-Nile said.

“I’ve been doing so much work on my batting and haven’t really seen any rewards for it yet so just to get runs was nice.

“You have a bit of confidence going in with a big lead on a wicket that was cracking and doing a bit. That helps you get up a little bit and about for it, and then one swings in a little bit, hits the pad and you’re away.”

It’s not just individual honours Coulter-Nile is chasing either.

Having been part of WA’s one-day cup triumph once he returned from Australia’s recent trip to India, he sees no reason why Shield glory couldn’t eventuate this season.

“I think we’ve been ready. We’ve been in a few finals and have been close so if we keep getting there it’s going to turn for us. We have to win one eventually,” Coulter-Nile said.

“I sort of swanned in for the final but coming straight in amongst the boys, they really did feel like a championship team with the confidence they had.

“There are blokes stepping up again and again. With the depth we’ve got it’s unbelievable so hopefully we can get two more trophies this season.” 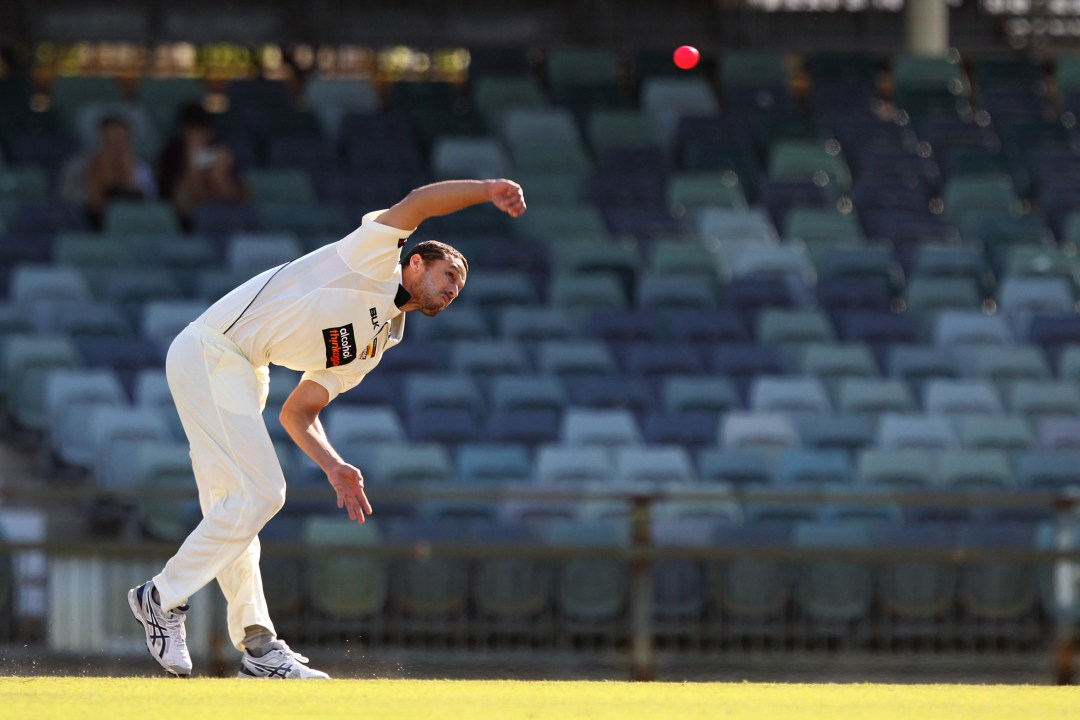 The 35-year-old snared an astonishing 37 wickets at an average of 13.97 during that series, with England’s batsmen simply unable to handle his pace and swing in Australian conditions.

Johnson is now retired from Test cricket, but England will still have plenty of worries this summer trying to deal with Starc – another Australian left-arm pace ace.

But if England captain Joe Root was worried, he certainly wasn’t showing it.

In fact, Root is urging his team to use Johnson’s Ashes heroics as an inspiration.

“It was obviously an unbelievable series that Mitchell Johnson had last time around,” Root said.

“To win an Ashes series, you need guys to step up and do that.

“And that’s the challenge for our guys – you’ve got an opportunity to do something really special here in Australia.

“He’s a good example of how to approach an Ashes series. He used what he had – all of his skills to his best advantage.

“We have to look to have a similar approach, whether it’s batting or bowling.”

Although James Pattinson will miss the Ashes with a career-threatening back injury, Australia’s pace stocks are viewed as a major weapon.

Starc is set to join forces with Cummins and Hazlewood to form a formidable pace battery, with others like Coulter-Nile and Jackson Bird also in the selection frame.

If star England allrounder Ben Stokes misses part or all of the series, it would give Australia a huge advantage.

Stokes’ immediate future remains up in the air while police investigate the 26-year-old’s involvement in an alleged violent incident outside a Bristol nightclub last month.

Former Australia Test captain Steve Waugh is among those who predict England will lose the series if Stokes doesn’t play.

“One thing that does is drives us and motivates us to prove them wrong,” Root said of the doubters.

“We’ve got three of England’s best all-time players with Cooky (Alastair Cook), Jimmy (Anderson), and (Stuart) Broady, and then we’ve got some guys who have really stood up over the last couple of years.

“My personal goal is to win the Ashes.”