Border concedes he’s a huge fan of Maxwell, but has questioned whether the so-called ‘Big Show’ has himself to blame for seemingly being on the outer with selectors.

Maxwell was forced to carry the drinks as Australia regained the Chappell-Hadlee Trophy with emphatic victories over New Zealand in the opening two one-day internationals of the summer.

The all-rounder could yet play in the third match at the MCG tomorrow, with Australian captain Steve Smith and coach Darren Lehmann claiming they’ve moved on from Maxwell’s controversial comments about his Victorian captain and national teammate Matthew Wade.

But Border believes that Maxwell needs to do some soul searching after digging a hole for himself.

“Obviously there’s some dramas happening in Victoria and with Glenn Maxwell himself,” Border said on Fox Sports’ Inside Cricket.

“Maybe he’s got to sit down and reassess where he’s at: Is he the problem, or is he the one causing all the issues?

“And once he sorts all that, he’s too good a player to be sitting on the sidelines. We haven’t seen the best of him, particularly in red-ball cricket.

“He’s got the potential to play Test cricket (again) down the line somewhere but he’s got to get himself sorted out.

“Now if that means a move, he should do it and just start afresh somewhere else.”

Maxwell had been linked to a move to NSW, but former Blues skipper Brad Haddin isn’t sold on the idea.

“I think (the) Victorians might have lost a little bit of trust in him, to be perfectly honest,” Haddin said.

“So I think he needs to sit down to see if they can work it out together.

“I don’t think NSW is the fit for him. He’ll be behind (Kurtis) Patterson, (Nic) Maddinson and even Peter Nevill (in the batting order).

“So I don’t think that’s going to solve his problem.” 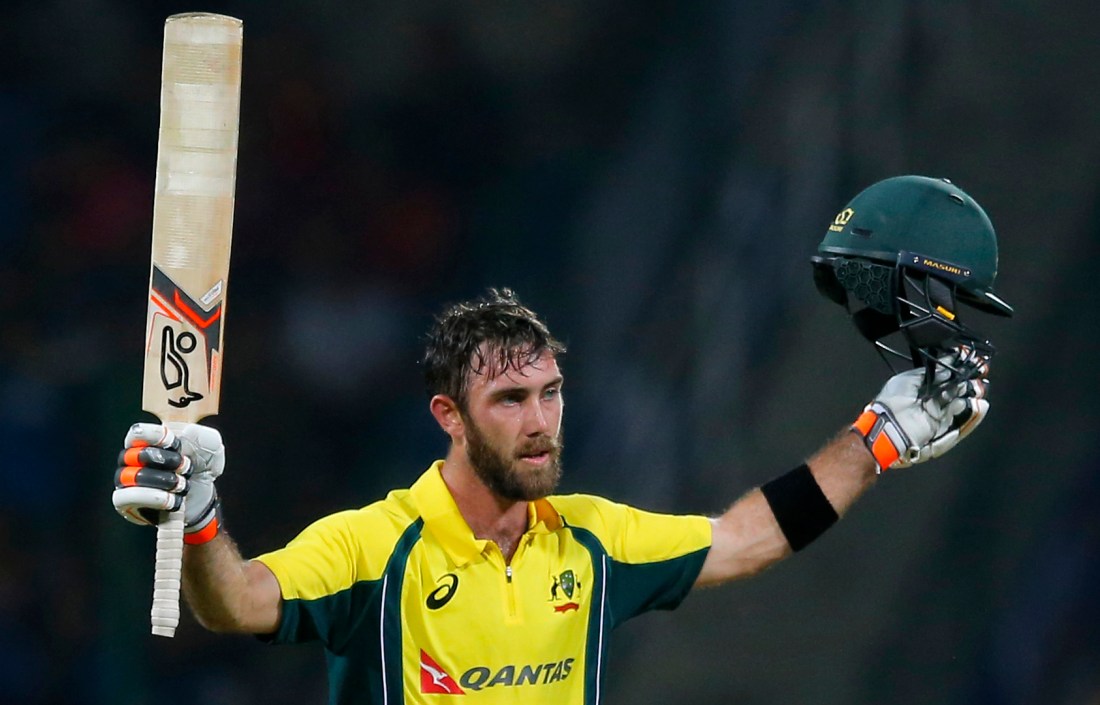 Test recall coming for Cummins – but not yet

Australian selector Mark Waugh has all but ruled out handing Pat Cummins a surprise recall for next week’s first Test against Pakistan at the Gabba.

Cummins’ impressive return to one-day cricket after 15 months out of the game with a back injury has former greats including ex-selector Border calling for the star quick to play in Brisbane.

Cummins claimed 4-41 and regularly hit speeds of 150kph in Australia’s second ODI win over New Zealand on Tuesday, having gone for 2-62 in his comeback game on Sunday.

“Especially in that it’s only his second game back after a long hiatus, just to come in and bowl with that sort of pace and get some important wickets, he’s just going to grow in confidence and the rhythm’s going to get better and better so look out,” Border said.

Border said he didn’t mind the idea of Cummins playing in the pink-ball Test at the Gabba, which former Australian paceman Brendon Julian noted may only last three days.

“Day-night at the Gabba, it’s seaming around – why not? You probably can pick him,” Julian said.

Haddin also wants Cummins back playing at the highest level, saying even “14 overs a day” against Pakistan would help.

“The more we get him playing the game against quality players (the better),” Haddin said.

“He’s played a couple of games of Futures Leagues and I don’t think that’s going to help him.

I see Marsh as a sort of an Ian Botham-type player, a Flintoff – a real hitter of the ball

Waugh, though, said selectors had made the mistake in the past of rushing the injury-plagued Cummins back too quickly and were likely to resist the temptation this time around.

“I think his program is Big Bash and then maybe a Shield match early next year.”

As with Cummins, Waugh was enthused by Mitch Marsh’s unbeaten 76 off 40 balls in the second ODI and urged the all-rounder to continue batting aggressively – and relaxed – in his own bid to earn a Test recall.

“I see him as a sort of an Ian Botham-type player and a (Andrew) Flintoff, a real hitter of the ball,” Waugh said.

“So occasionally they’re going to play a shot where you think ‘well, that wasn’t called for’.

“But that’s his best way of operating.”

Marsh says he plans to do just that after being dropped during Australia’s series loss to South Africa last month.

“I think in red-ball cricket over the last couple of years I probably haven’t played my natural game,” he said.

Sayers enhances Test credentials – but is it enough?

Another match, another bag of wickets – Chadd Sayers can’t do any more.

“Hopefully he liked what he saw,” Sayers said.

It’s a cliche, but all you can do is keep knocking on the door, keep taking wickets

Sayers ripped through NSW’s batsmen on Wednesday, taking 5-27 to add to his three first-innings victims.

The Redbacks, chasing 121 runs to win, then reached their target with eight wickets down.

Sayers’ continued excellence comes ahead of the Test series opener against Pakistan. 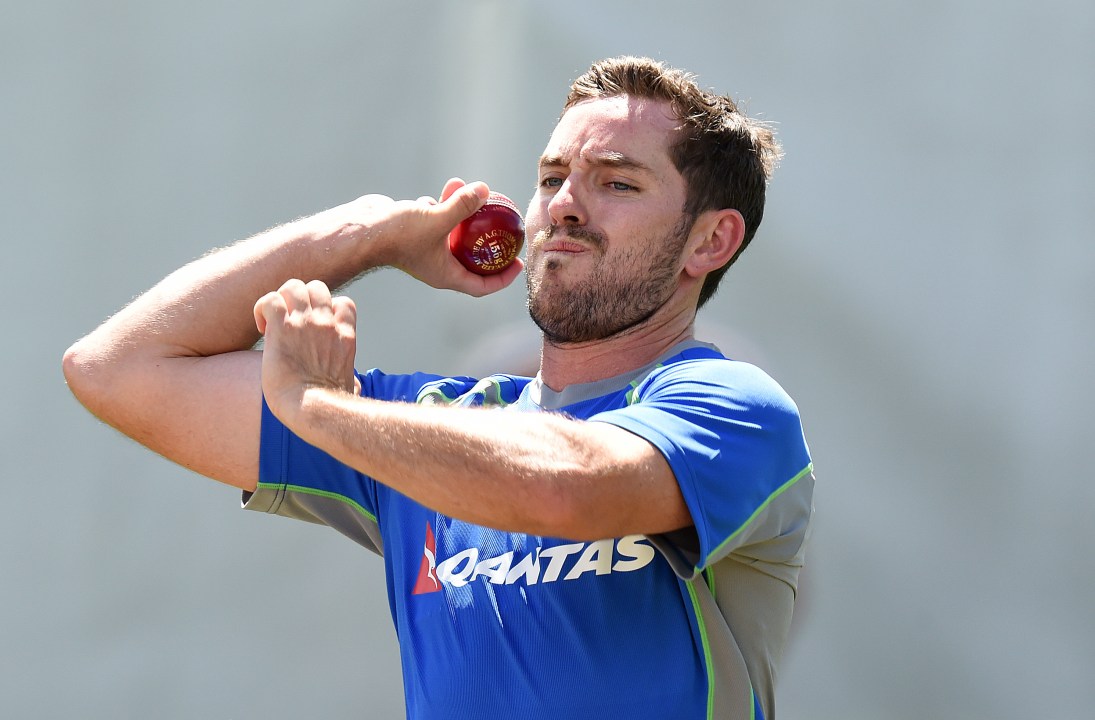 Chadd Sayers was on the cusp of Test selection in Adelaide. Photo: Dave Hunt / AAP

“Hopefully, selection-pending, I’m in the squad for Brisbane,” said Sayers, who was 12th man for Australia’s most recent Test.

“I guess I have put a decent case forward now.

“But all you can do, it’s a cliche, is keep knocking on the door; keep taking wickets.”

Sayers now has 196 first-class wickets at the imposing average of 24.15.

“That is probably the best I have bowled, personally, for a long time,” he said.

“The ball is coming out really well, I feel like I’m in really good rhythm and the pace is pretty good as well.

“I feel fit and strong and bowling a lot of overs as well which helps.”

Set just 121 to win, the Redbacks reached their target with eight wickets down, largely thanks to Jake Lehmann’s decisive 47 not out.

Sam Raphael (4) was run out and when Tom Cooper was dismissed for one, the Redbacks were teetering at 5-49. 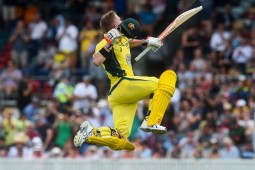 But 24-year-old Lehmann belied his inexperience to shepherd the lower order to the winning target.

SA bank a third win of the Shield season and will enter the Christmas break in second spot on the ladder behind pacesetters Victoria.