AFL and NRL players are taken from the field to be assessed for 20 minutes after suffering a head knock.

The process allows medicos to conduct a range of concussion tests, while also reducing the risk of further blows in case of delayed concussion.

Cricket Australia is one of the sport’s leaders on concussion, having adopted a uniform policy last year.

But concussion advocate Brukner believes more can – and will – be done.

“There’s a lot of things on the table at the moment about concussion subs and all that sort of stuff,” Brukner told ESPNcricinfo.

“It’s complicated. I think the football codes feel that 20 minutes is about right.

“It would be nice to take someone off for 20 minutes. I think ultimately something will come in on those lines. I think it’s got to, these days.

“The climate is out there and cricket will do it.”

The issue is in the spotlight again following Steve Smith’s knock to the helmet on day two of the second trans-Tasman Test. 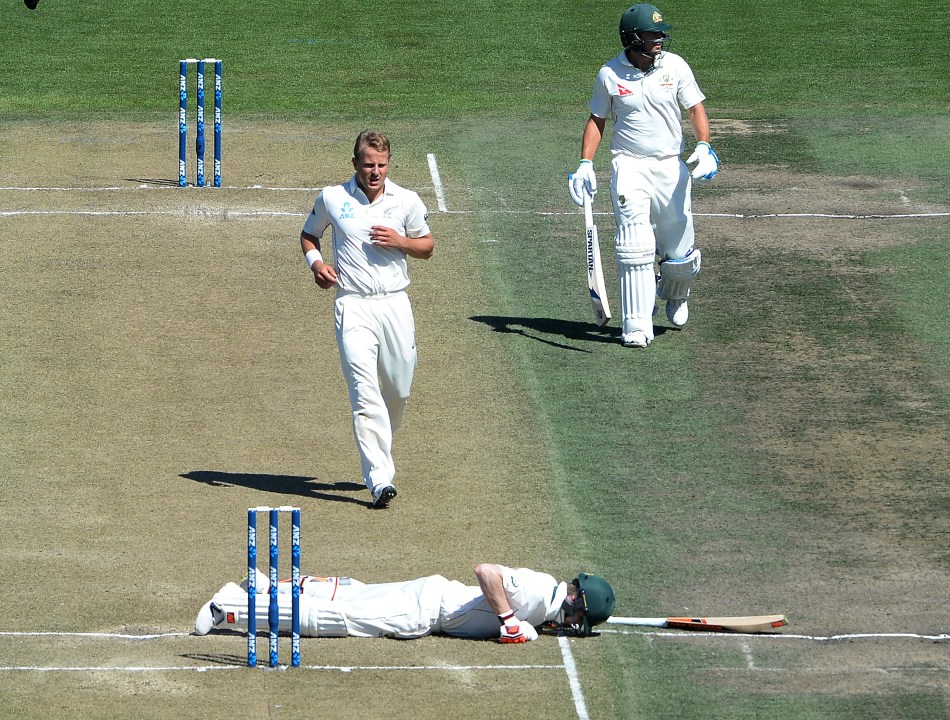 Smith lays motionless after being hit in the head as Wagner rushes to his aid. Photo: Dave Hunt, AAP.

Brukner treated Smith at the time and cleared the skipper to bat out the over.

“You can have a replacement, it’s not as if you can’t bat again – come off and we’ll do a more thorough assessment.

“There was no indication to me out there that that was required.

Brukner ruled Chris Rogers out of two Tests in the West Indies last year because of concussion.

The former doctor at English Premier League club Liverpool also forced Rogers to come off the field at Lord’s following a knock to the helmet.

“There are some very clear-cut concussions, they’re knocked out and talking gibberish and so on,” he said.

“There are others who are absolutely fine… and there’s a grey area.