Cricket Australia was thrilled with crowds at Adelaide Oval, while the Nine Network was just as happy with its prime-time ratings.

Player feedback was more mixed and many of the 22 involved in the fixture that ended inside three days are yet to speak.

However, skippers Steve Smith and Brendon McCullum couldn’t have been any more unequivocal in their support.

Australia captain Smith termed it a great innovation and great spectacle after his side’s three-wicket win.

“To get 123,000 people through the gates in three days is absolutely amazing,” Smith said.

“It was a great Test match.”

CA boss James Sutherland has already flagged the prospect of there being two day-night Tests next summer.

The total attendance for the match was 123,736 – higher than any other non-Ashes Test in Adelaide.

“People are voting with their feet and I think it’s here to stay which is great,” McCullum said.

“Overall it was a roaring success.” 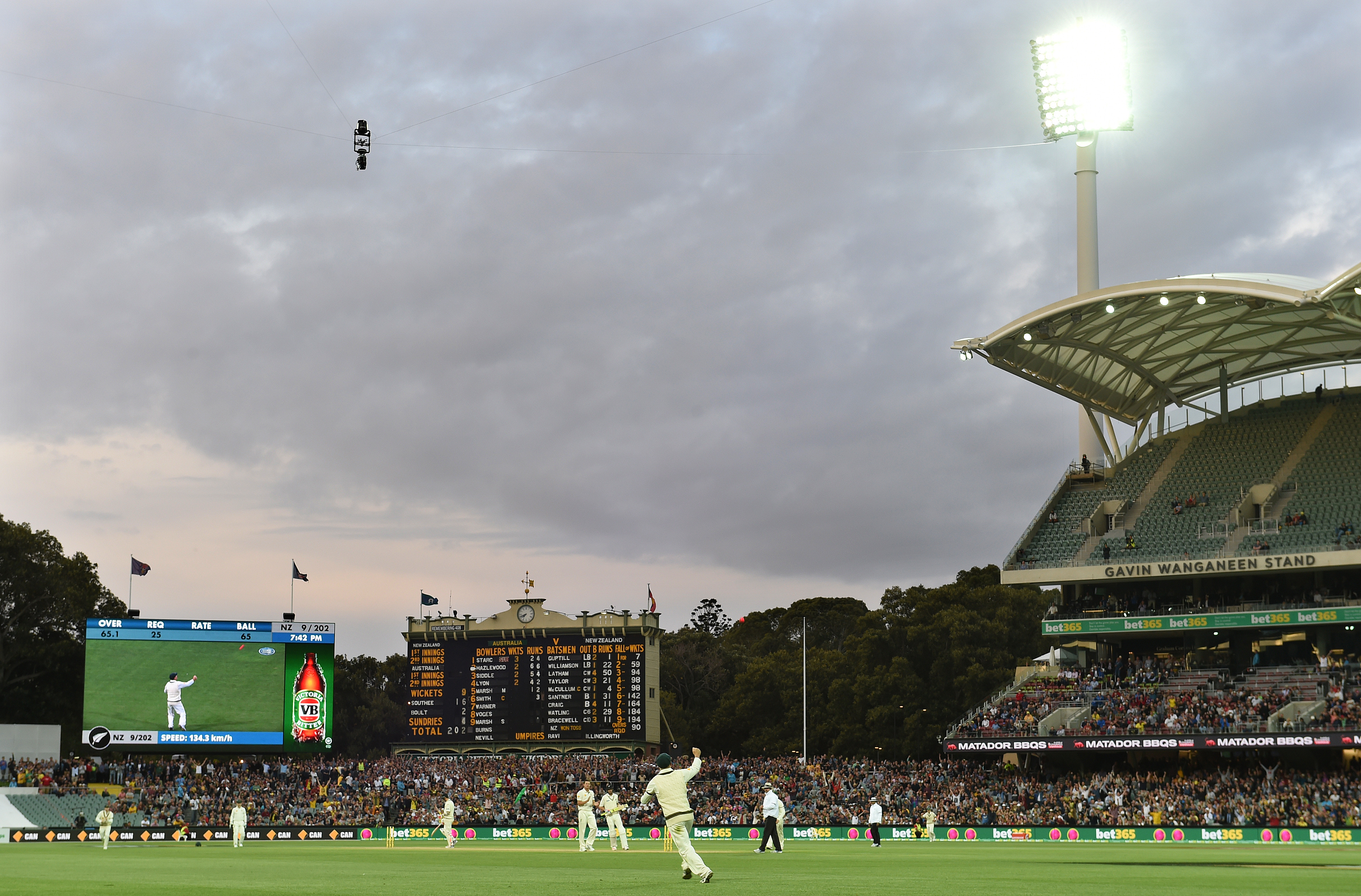 Ball dominated bat for the first time in the three-Test series, with the game played at helter-skelter pace.

McCullum felt there was a “touch too much” grass on the strip and it was something to keep in mind for the next day-night Test.

“As pink-ball cricket evolves we’ll see the pitches won’t have quite as much grass on them,” he said.

“It’s meant to allow Tests to be played at night and it’s not meant to differ or change how Test cricket is played.

“Under lights the pink ball responded a little bit much.”

Darren Lehmann agreed but made it clear he thought the concept was “a keeper”.

“Maybe a little less grass, as a batter at night it was quite difficult,” Lehmann told ABC Radio.

“It’s great to see a contest between bat and ball.”

Lehmann added his players found it a little bit more difficult to see the pink pill at night.

“Apart from that it wasn’t too bad to be fair,” he said.

“They’re only little minor tweaks and I’m sure they’ll get that right.”

McCullum suggested there was a lot for captains to learn heading into the “pink-ball” era.

“Even on day one I thought maybe there’s a chance of declaring which is unheard of in Test cricket,” he said.

“It asked some different questions.

“The introduction of your spinners is a key point and the evolution of pink-ball cricket will see spinners really operate at key times.

“Because it’s not necessarily that easy to see the seam.”

Smith felt he didn’t need to do anything too different when it came to tactics.

“Everything sort of just fell into place with teams getting bowled out,” he said.

WHAT THEY SAID ABOUT THE PINK BALL 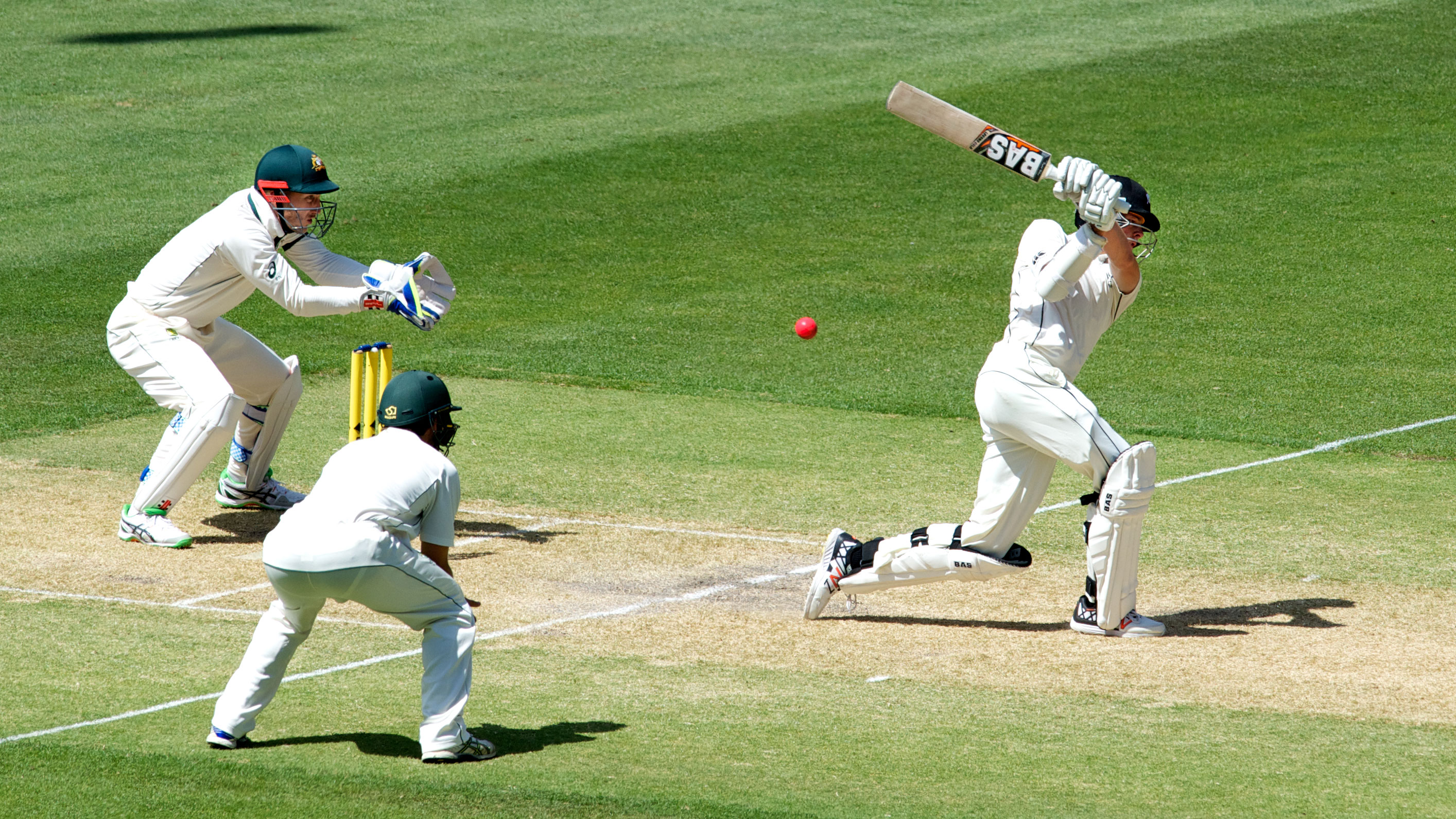 “The whole Test was a great innovation. A great spectacle. To get 123,000 people through the gates in three days is absolutely amazing.” Australian captain Steve Smith.

“Overall it was a roaring success and 120,000 people over three days, people are voting with their feet and I think it’s here to stay, which is great.” New Zealand captain Brendon McCullum.

“The pink ball is a little bit inconsistent. Some swing and some don’t when you’re trying to bowl the same ball.” Australian paceman Josh Hazlewood.

“A little bit more exploring needs to be done … we know it is going to do a little bit more under lights and there is a bit of a glow around the ball so it’s a bit harder to see.” New Zealand batsman Ross Taylor.

“It was slightly different to the red ball. Not much swing early on but you did get a bit of seam movement throughout the day.” Australian paceman Peter Siddle.

“It’s just that little (twilight) hour window where it is quite difficult … that is definitely the hardest part.” New Zealand paceman Trent Boult.

“We are really keen on … continuing this. Right place, right time, right conditions of course. But it’s certainly something we would like to see in the future.” Cricket Australia chief executive James Sutherland.

“I feel sorry for the people who didn’t watch it.” The Nine Network’s head of sport Steve Crawley.