Steve Smith led from the front to ensure Australia took the honours on day one of the inaugural day-night Test.

Smith’s unique technique was given a thorough examination under lights at Adelaide Oval, where New Zealand swing kings Tim Southee and Trent Boult had the pink ball hooping.

Smith survived 22 overs as Australia reached 2-54 at stumps on Friday, having rolled New Zealand for 202.

Mitchell Starc was sent for scans which revealed stress fractures in his foot, a big blow for Australia’s attack which showed markedly improved bowling performance compared to Brisbane and Perth. He won’t bowl again in this test.

It will count for little if Australia suffer another swing-induced collapse on a grassy pitch, as was the case in the third and fourth Ashes Test this year.

Smith promoted himself to first drop following Usman Khawaja’s injury in Perth, the captain having logged single-figure scores at Edgbaston and Trent Bridge when he cameoed in the same position.

The 26-year-old showed great maturity in reaching 24 off 48 balls, having come out to bat in the fourth over when David Warner was out edging for one.

The final session is supposed to be the hardest time to face the pink ball.

Southee, Boult and Bracewell ensured that was the case.

First-changer Bracewell was the pick of the visitors’ bowlers, finishing with figures of 1-6 after Joe Burns played on.

The hosts aren’t in control of the contest yet, however Smith and Adam Voges should find batting a lot easier on Saturday.

NZ suffered a post-tea collapse of 3-4 on Friday but it had more to do with patient bowling and sloppy shots than the pink ball.

Starc, Siddle and Nathan Lyon all struck amid the chaos.

Taylor, who scored a masterful 290 in Perth, was out driving for 21.

Skipper Brendon McCullum, who won the toss for the first time in the three-Test series, followed it up with a sloppy cut shot to Starc on four.

Wicketkeeper Peter Nevill snaffled both edges, having started the rot by removing Tom Latham with a superb catch that somehow stuck in the webbing of his gloves.

Debutant Mitchell Santner and BJ Watling steadied somewhat in a 44-run stand, only for it to end when Starc was thrown the ball and gave Santner a send-off.

Australia’s new spearhead captured three wickets and bowled nine overs, but he was bothered by an ongoing ankle issue for much of them.

Siddle replaced Mitchell Johnson in the XI but it was Starc who took on the veteran’s role as enforcer.

Starc never bowled a longer spell than three overs, Smith trying to keep him fresh and fearsome as Michael Clarke did with Johnson.

A sandshoe crusher that removed Williamson was proof of how well Starc was bowling before he trudged off the park after 48 overs.. 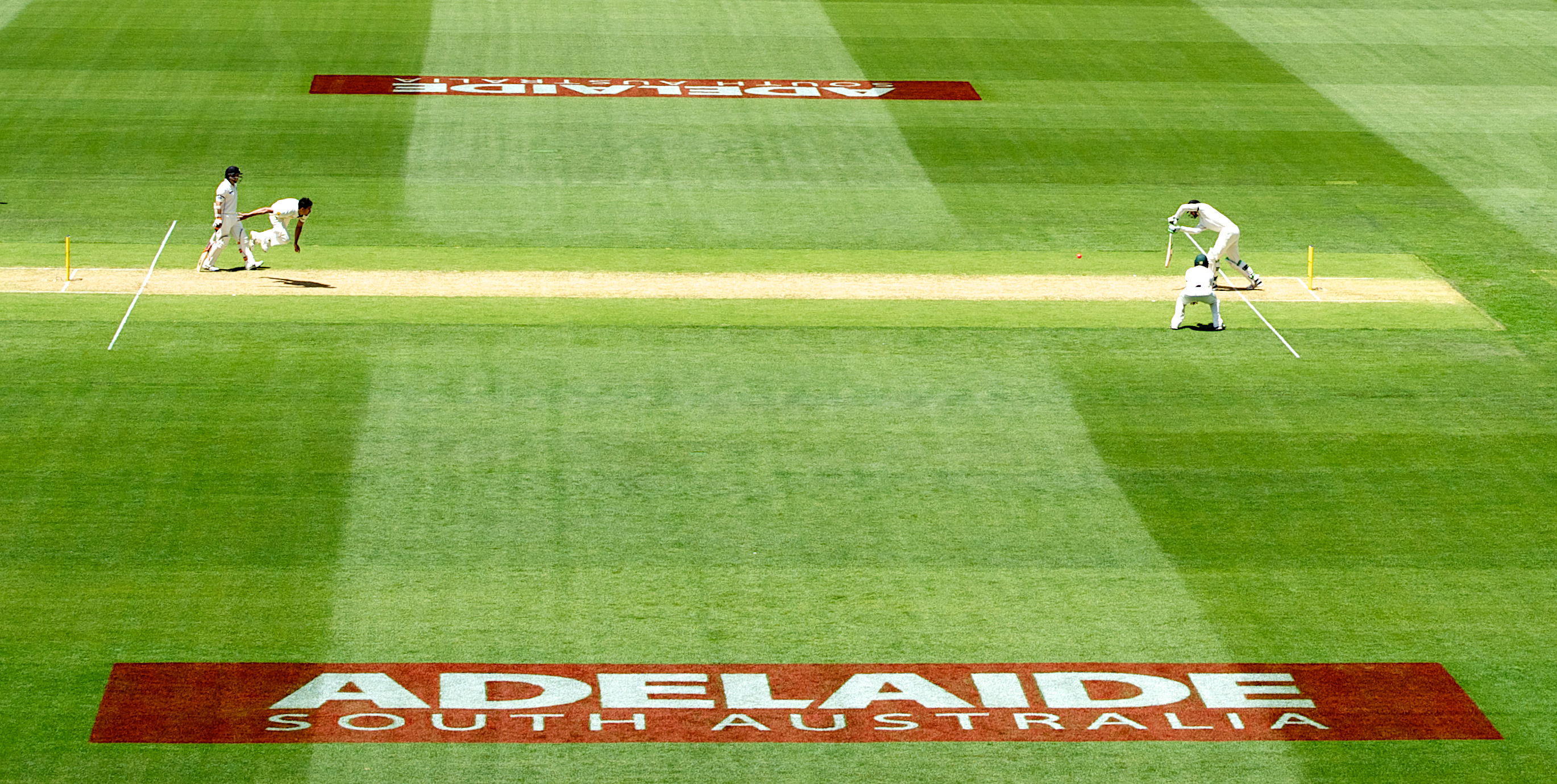 After play it was revealed that Starc had a stress fractures in his foot.

Scans on the injured paceman have revealed fractures to the third metatarsal bone in his right foot.

“It’s obviously very disappointing, he was bowling so well … you never want one of your teammates to go down, particularly so early on,” teammate Peter Siddle told reporters.