United States duo Ross and Klineman prevailed 21-15 21-16 on Friday, taking 43 minutes to cap a dominant tournament in which they only dropped a single set.

Clancy and Artacho del Solar were forced to settle for silver as they collected Australia’s first Olympic medal in the sport since Natalie Cook and Kerri Pottharst’s unforgettable gold on Bondi Beach.

The duo, who made their Olympic debuts at Rio 2016 with different partners, trailed a remarkable path to their gold-medal decider that included a quarter-final boilover against Canada’s reigning world champions Sarah Pavan and Melissa Humana-Paredes.

The Australians were outgunned by Ross and Klineman in a rematch of the 2019 world championships semi-final.

Clancy and Artacho del Solar were under the pump early, trailing 7-2 in the opening set.

Australia won the next two points but couldn’t make further inroads on the Americans’ buffer, eventually confronting the difficult challenge of trying to save six set points.

Australia started the second set with more composure and aggression, winning the first two points before their opponents surged to a 10-2 lead.

But they once again were left with too much work to do, saving two of six match points before Artacho del Solar’s serve went wide and ended the contest. 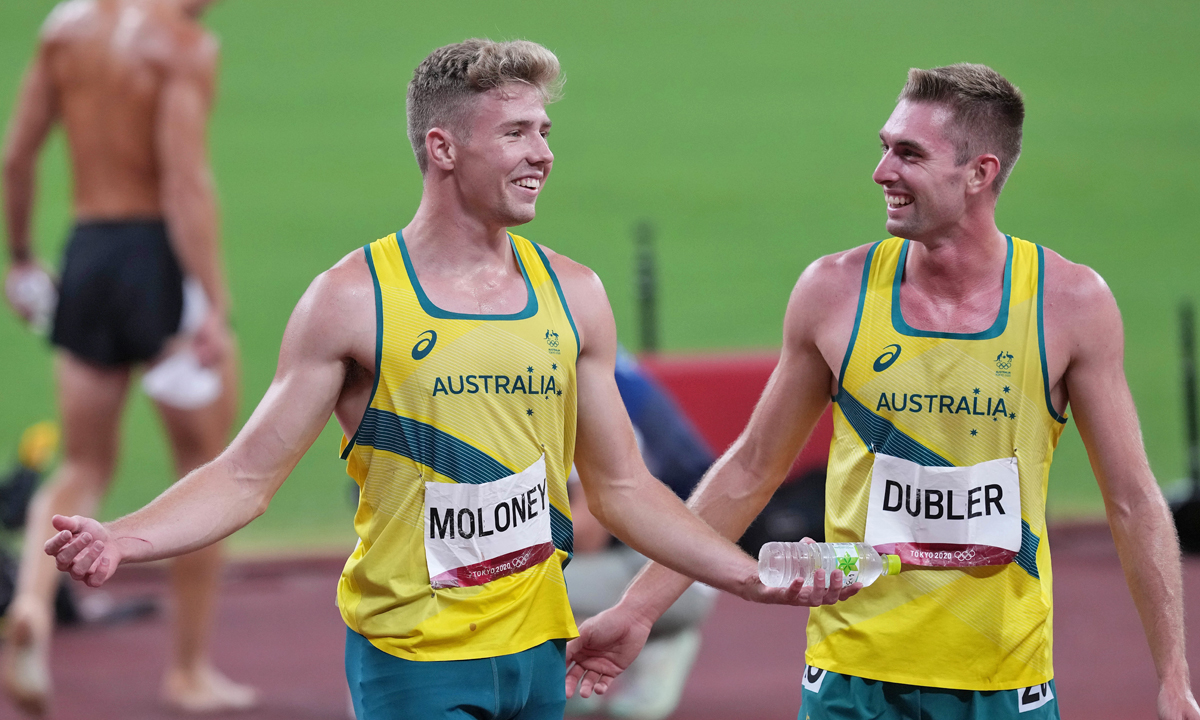 Ash Moloney owes a big debt of gratitude to his selfless training partner Cedric Dubler after becoming the third youngest Australian man to win an Olympic track and field medal with his bronze in the decathlon.

The 21-year-old Queenslander, who first shot to prominence by winning the world junior title in 2018, was in the top three throughout all 10 disciplines.

He finished last night with a total of 8649 points, breaking his own national record in the process as Canada’s Damian Warner won gold with 9018 and world record holder Kevin Mayer from France took the silver.

The bronze was Australia’s first athletics medal of the Tokyo Games.

But if not for Dubler it could all have gone pear-shaped in the concluding 1500m on Thursday night, with both American Garrett Scantling and Canadian Pierce LePage threatening to knock Moloney out of the medals.

“I saw Garrett go and I thought ‘Don’t you dare’. He did dare and I had to keep going,” said Moloney.

“When he got in front of me I got really anxious.

“Second was out of reach of my capability, but I knew I had third in me and I went for it.

“I just heard his voice in my brain and it filled me with energy.”

Despite battling a hamstring injury and not registering a height in the pole vault, Dubler bravely finished the competition to provide Moloney with all the assistance he needed.

“My job was to get Ash through it and keep track of where everyone was and make sure he collected that bronze,” he said.

“I was screaming at him so loud in that last 300 that I had to kind of stop to keep screaming.”

In 125 years of Olympic competition, the only Australian male track and field medallists younger than Moloney have been high jumpers Tim Forsyth and Chilla Porter.

Until Thursday, no Australian had ever finished higher than sixth in an Olympic decathlon.

Both Moloney and Dubler are coached by Eric Brown, who watched the drama unfold from back home in Queensland.

In an event lasting almost four hours, it took a photo finish to determine that Australian Rhydian Cowley had finished eighth – rather than seventh – in the 50km walk at the Tokyo Olympics.

Either way, a top-10 finish on Friday morning was a tremendous result for the 30-year-old Victorian, who was 33rd in the 20km event on his Games debut five years ago in Rio.

In an event for so long synonymous in Australia with the great Jared Tallent, the win went to David Tomala, who claimed Poland’s fourth track and field gold of the Games in a time of three hours 50 minutes and eight seconds.

Germany’s Jonathan Hilbert took the silver in 3:50:44 and evergreen Canadian Evan Dunfee was third in 3:50:59.

Cowley was the only Australian in the field and he performed admirably, breaking his personal best to finish eighth in 3:52.01.

France to take on USA for men’s basketball gold 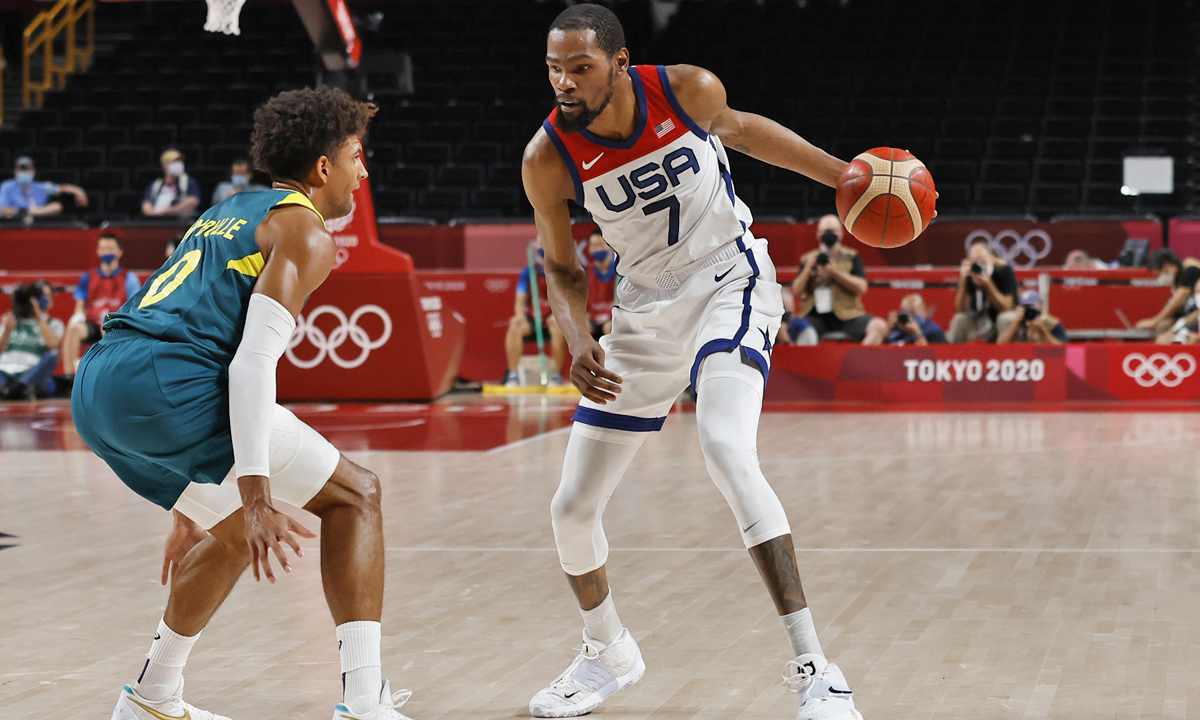 Australia will play Slovenia for the men’s basketball bronze medal tomorrow after the European nation’s devastating one-point loss to France in the semi-final last night.

The 90-89 win by France booked a re-match against the United States – the three-time defending Olympic champions – who earlier reeled in a 15-point deficit to overpower Australia 97-78 in their semi-final.

The US has won six of the last seven Olympic finals.

But France has beaten the Americans in each of their last two meetings, including in both teams’ opening game at the Olympics.

That 83-76 triumph marked the US’ first Olympic loss since the 2004 semi-finals.

And France’s confidence is sky-high after their dramatic semi-final victory.

But it wasn’t quite enough, and Slovenia fell to 17-1 all-time when he’s in the national team colours.

The US appeared vulnerable in their semi-final against the Boomers when Dante Exum’s basket, with a free throw on top, extended Australia’s lead to 41-26 midway through the second period.

The advantage was cut to three by halfway and a crushing 32-10 third quarter effectively settled the contest in favour of the US.

Four Aussies to line up in 1500m finals 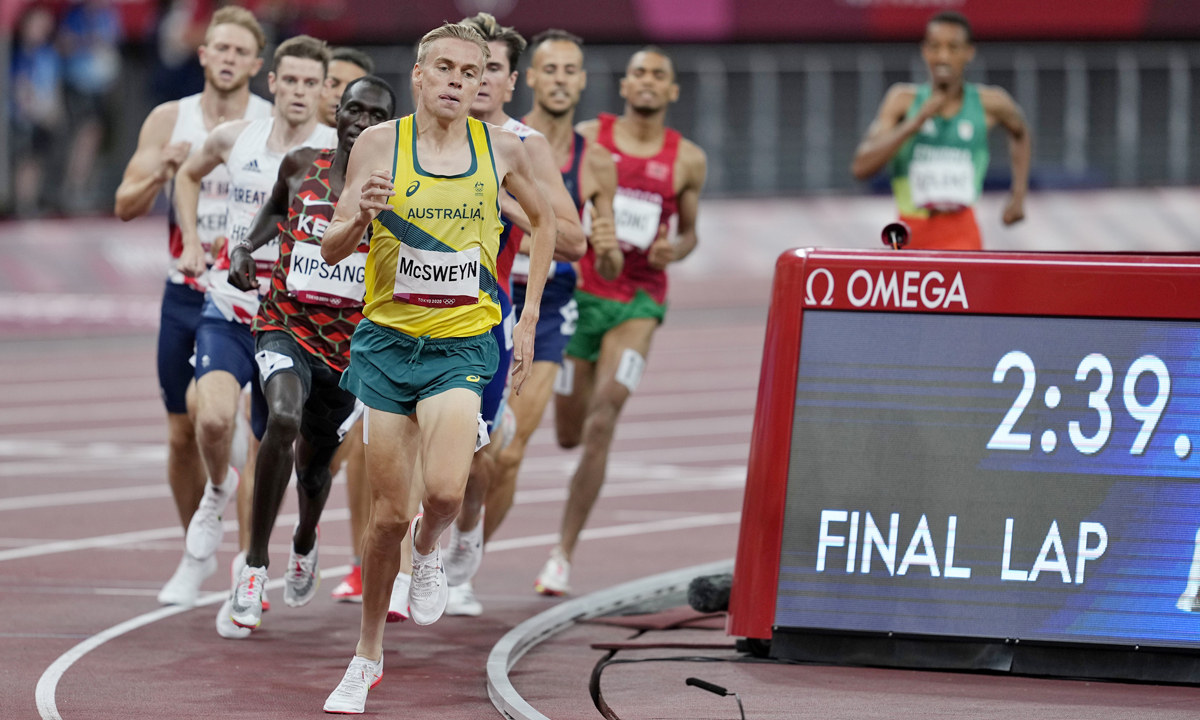 National record holder Stewart McSweyn has hung tough to give himself the chance to race for a medal in the Olympic men’s 1500m final on Saturday night – and he will have fellow Australian Ollie Hoare for company.

Australia will also have two entrants in the women’s 1500m final tonight after Jessica Hull and Linden Hall advanced through the semis.

McSweyn went to the front with two laps to go in the second semi on Thursday night, but he looked in all sorts of trouble 150 metres from the line after being caught by the chasing pack.

The 26-year-old from King Island found a second wind in the final straight to claim the fifth and final automatic qualifying position.

McSweyn clocked 3:32.54 seconds in a super-quick semi won by Kenyan Abel Kipsang in an Olympic record time of 3:31.65.

“The big thing was getting through because they don’t hand out medals in the semis.

The US-based Hoare has nowhere near the public profile of McSweyn in Australia, but he was every bit as impressive.

“I kept my strength and my speed for that last 100 and to get fourth in that stacked semi was fantastic,” he said

Not since the great John Landy and Merv Lincoln back at the 1956 Melbourne Games has Australia had two contenders in an Olympic men’s 1500m final. 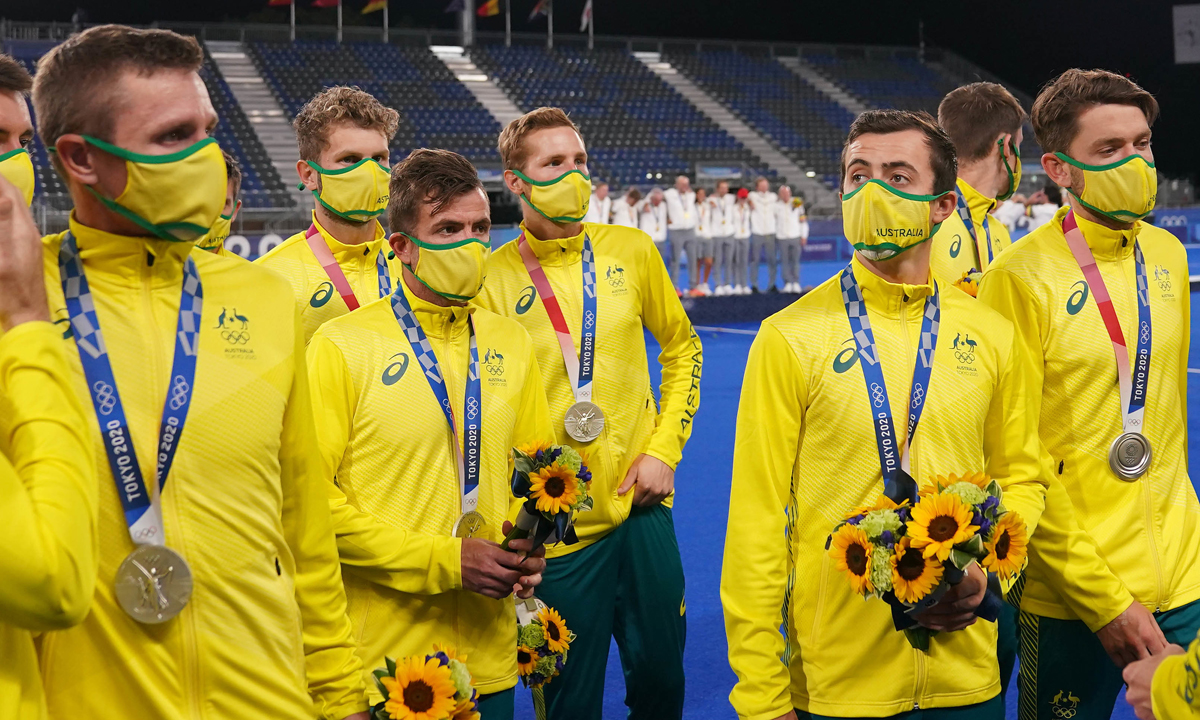 Australia with their silver medals after their loss to Belgium in the Men’s Gold Medal final Hockey match in Tokyo last night. Picture: Joe Giddens/AAP

Australia lost their gold-medal match to fellow men’s hockey heavyweights Belgium in heartbreaking fashion on Thursday night, going down 3-2 in a penalty shootout after being locked at 1-1 in regular time.

The squad have been away from home since mid-July, while they face a fortnight in hotel quarantine before seeing loved ones again.

“I’m just – not sad – but it was a real shame we didn’t have any fans, friends and family here.

“I know they offer so much support for us players and keep us really grounded at tournaments like this, when we’re away from home for so long.

“I know they’ll be super proud of us.”

Ockenden was overcome with emotion when asked about wife Louise and their sons.

“I miss them a lot,” the veteran told the Seven Network at the end of his fourth Olympics.

“I have been focusing so much on here.

“I’ve got a family that loves me at home, which I’m looking forward to getting back to.”

Ending a gold-medal match with one-on-ones, especially after a five-year wait since Australia’s quarter-final loss at Rio 2016, has reignited debate about whether the sport should find a better way to separate sides.

Zalewski and Ockenden both indicated their preference would be to return to extra time, which was in use when the Kookaburras won gold at Athens 2004.

The women’s hockey bronze-medal and gold-medal matches are on today, but the Hockeyroos won’t take part in either after their shock quarter-final loss to India.