Lee and Rio Olympic champion Sharon van Rouwendaal sprinted to the timing wall together, with the Dutch defending champion just pipping the Australian for the silver medal by 0.8 seconds in the 10-kilometre open water race at Tokyo’s Odaiba Marine Park.

“It was the goal going in to come out with a medal and doing it at my first Olympics is incredible.”

With swimmers starting early this morning in water temperatures already at 29 degrees – just under the allowable limit of 31 degrees – Lee was in touch with the leaders throughout.

The Queensland school teacher made her move on the final lap, breaking away with Cunha and van Rouwendaal.

Lee was immediately on the phone after the race to her coach John “JR” Rodgers, with the 82-year-old legendary swim coach unable to travel to Tokyo due to poor health.

Cunha won her first medal in her third Olympics. She was 10th five years ago in Rio de Janeiro and fifth in the 2008 Beijing Games.

Lee said she had prepared for the conditions by training in a heated pool, while she also spent time in Darwin before travelling to Tokyo.

Sailors set to cruise to gold in final race

Mat Belcher and Will Ryan are on the cusp of Australia’s second Olympic sailing gold medal after building an unassailable lead in the men’s 470 class in Tokyo.

Following the example set by compatriot Matt Wearn as a new Olympic Laser champion, the duo only have to finish and avoid an unlikely disqualification in today’s medal race to claim gold.

Gold Coast ace Belcher is set to collect his second gold medal after winning the event in London nine years ago with Malcolm Page, while he and Ryan, from Newcastle, won silver in Rio in 2016.

Ryan knows that history awaits if they can get through unscathed, with the race removed from the Olympic program for Paris 2024.

“It’s the last race for the men’s 470 as a class at the Olympics, so I don’t know if that means you are a gold medallist for eternity but that’s the plan,” he said.

The Australians held a 19-point buffer atop the 470 leaderboard heading into race nine on Tuesday, and a second place in Enoshima Harbour pushed it out to 22.

In a nerve-wracking 10th race they finished eighth.

But they were still able to retain a 20-point lead over the Swedish team of Anton Dahlberg and Fredrik Bergstrom, who won race 10.

That means they can’t be overtaken despite double points being on offer in the medal race, with Sweden and Spanish duo Jordi Xammer and Nicolas Rodriguez Garcia-Paz battling for the minor medals.

Another medal will secure 38-year-old Belcher’s status as Australia’s most successful Olympic sailor while it would be Victor “The Medal Maker” Kovalenko’s seventh gold medal as coach.

In the mixed Nacra 17, Australia’s Jason Waterhouse and Lisa Darmanin narrowly missed adding a bronze medal to the silver they won in Rio, finishing fifth overall. 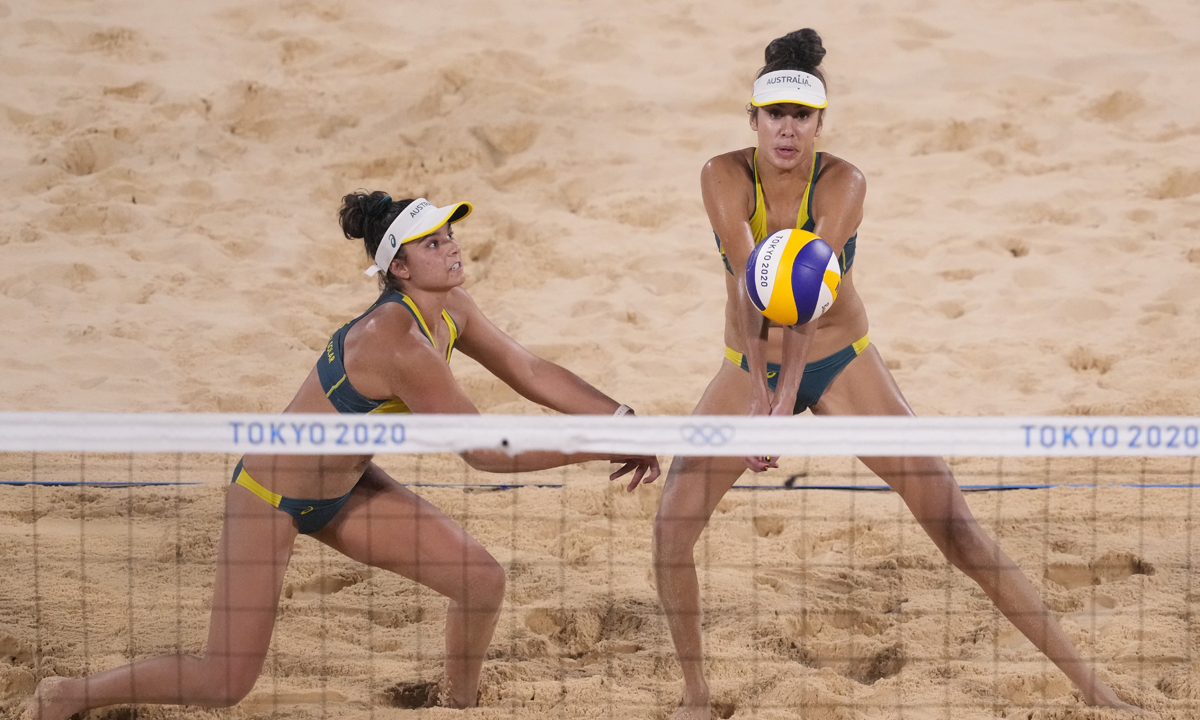 Mariafe Artacho del Solar and Taliqua Clancy are on the cusp of securing Australia’s first Olympic medal in beach volleyball since 2000, having prevailed in a quarter-final they likened to a gold-medal match at Tokyo’s Shiokaze Park.

The Australians will start favourites when they face Latvia’s world No.15 combination of Tina Graudina and Anastasija Kravcenoka in Thursday’s semi.

Victory in that contest would give them a chance to follow in the footsteps of Natalie Cook and Kerri Pottharst, whose unforgettable gold medal came on the sands of Bondi, while defeat will mean a bronze-medal match awaits.

Artacho del Solar and Clancy celebrated jubilantly after dismissing the top seeds to become Australia’s first pairing to reach the final four of an Olympics since 2004.

“It was disappointing we went up against the girls in such an early stage of the tournament,” Artacho del Solar said.

“We knew it was going to be a gold medal type of match.

“We had to come out strong and stay really aggressive.

“We have been working so hard for this moment.”

Few outside Australia expected the duo, who first teamed up in 2012 then competed alongside different partners while making their Olympic debuts at Rio 2016, to cause an upset.

But the underdogs showed how much they have improved since losing the 2018 Commonwealth Games final between the same two pairings. 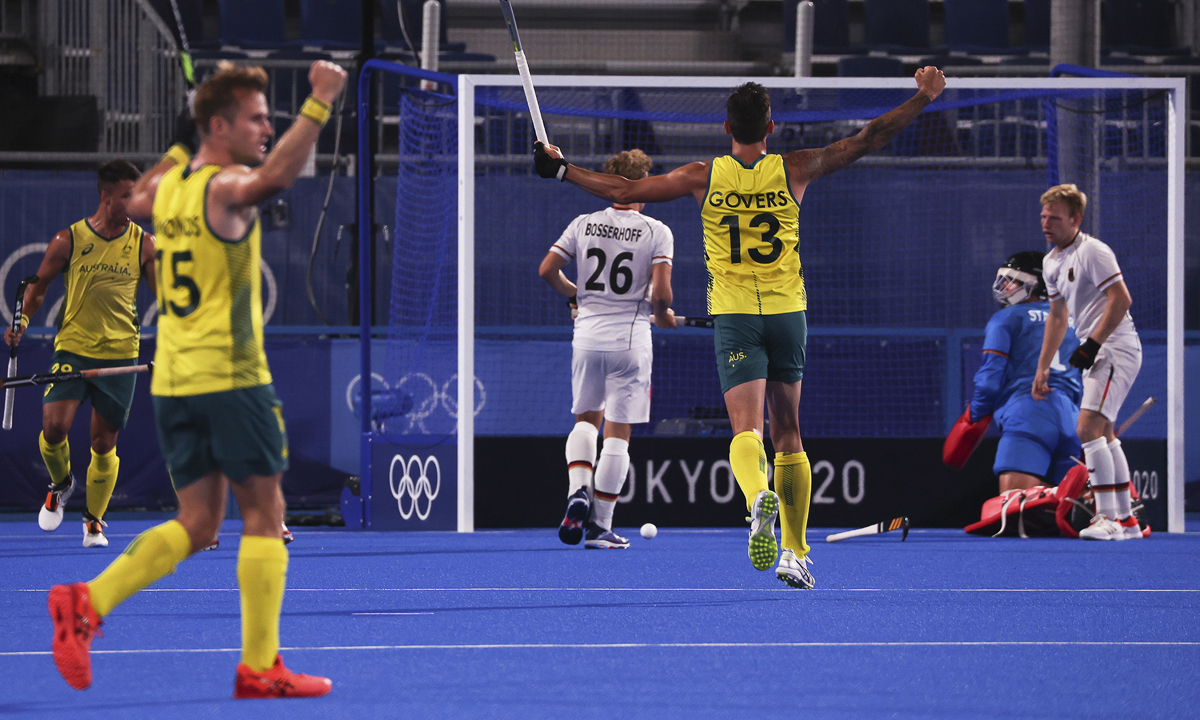 Australia will play Belgium for men’s hockey gold in Tokyo tomorrow night inspired by the memories of Olympic glory in 2004.

Blake Govers, who scored as Australia overcame Germany 3-1 in a pulsating semi-final, says emulating the success in Athens 17 years ago has driven Colin Batch’s side in Japan.

“Rio has fuelled the fire for five years,” said Govers, referring to the 4-0 quarter-final defeat to the Netherlands at the 2016 Olympics.

“But the Kookaburras haven’t won a gold medal since ’04. So that’s an even bigger fire.

“It’s not just this team. We acknowledge the past and inspire the future.

“That’s what we want to do and it’s been a hard road for everyone.”

But Govers, with his 96th international goal and seventh of these Tokyo Games, restored the Kookaburras’ lead with a vicious low penalty corner.

Germany forced much of the play in a combative second half with Australia restricted to rare breakouts.

Lachlan Sharp secured victory 90 seconds from time after Germany had gambled by replacing goalkeeper Alexander Stadler with an outfield player.

Australia had made the semi-final by beating the Netherlands in a penalty shoot-out.

The two sides will battle for gold at Tokyo’s Oi Stadium on Thursday evening.

Boomers set up semi with USA 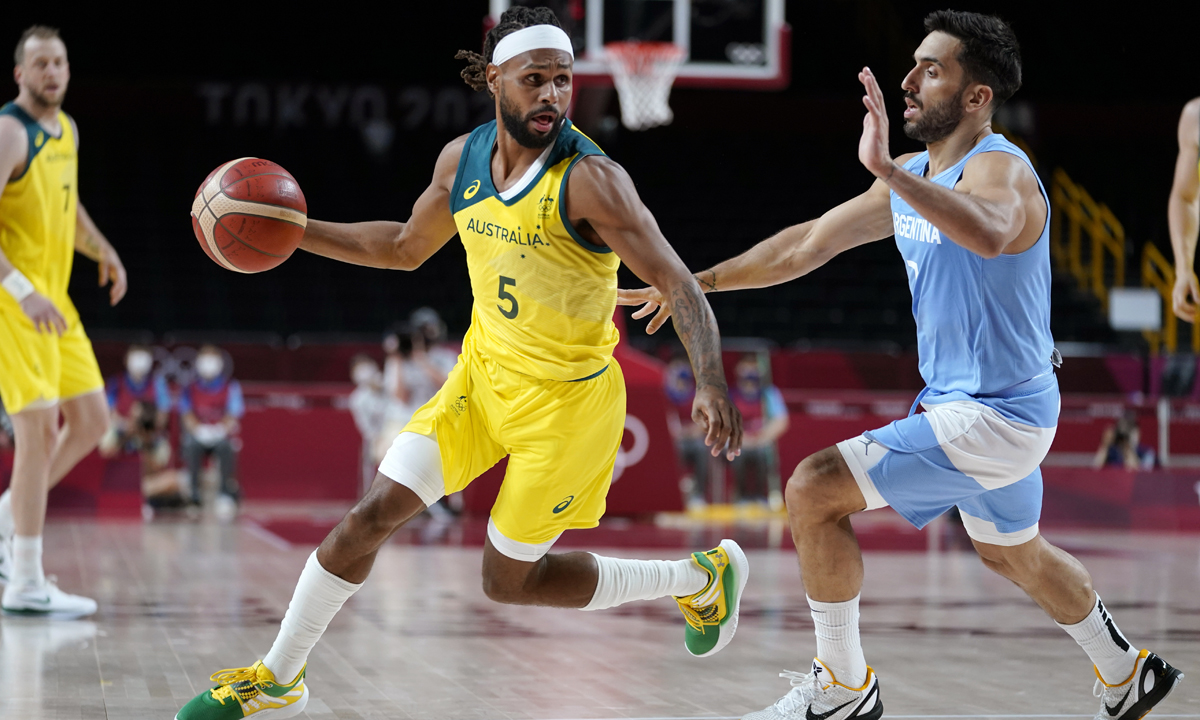 Patty Mills was quick to remind his Boomers teammates they “hadn’t done s**t yet” after dominating Argentina to set up an Olympic semi-final against the United States.

In his fourth Games, Australian flag bearer Mills has made it his mission to secure the Boomers a maiden men’s basketball medal.

There was plenty to suggest they’re close in a 97-59 quarter-final dismantling of Argentina, Australia scoring the first 19 points of the final quarter to streak clear after a nervy start.

But Mills remembers a 90-64 defeat of Lithuania in the corresponding game five years ago in Rio, which came before they were eventually denied bronze in a gutting one-point loss to Spain.

They’ve finished fourth in similarly brutal circumstances at a World Cup since.

“The message to the boys after was that we’re back where we wanted to be and it’s been a long couple of years,” Mills, who scored a game-high 18 points, said.

“But the message is that we haven’t done s**t yet … to be able to be the best we have to beat the best and we have an opportunity in front of us to take that next step.”

The United States has won the last three Olympic titles but the gloss has faded on the once invincible outfit, Gregg Popovich’s men finishing seventh at the 2019 World Cup and losing their last two games played against the Boomers.

They were also beaten by France to begin their Tokyo campaign but have improved in every game since, Kevin Durant starring in a solid quarter-final defeat of Spain earlier on Tuesday.

The Boomers lost 98-88 to the United States in the pool stage in Rio and were beaten by 33 and 31 points in their previous two Olympic campaigns.

But Mills says there’s “plenty of reasons” why they can turn the tables.

“We’ve been to this stage many times and haven’t crossed the line, but we’ve bottled those experiences up,” he said.

“We’re well prepared for this moment and stage to make the next step.” 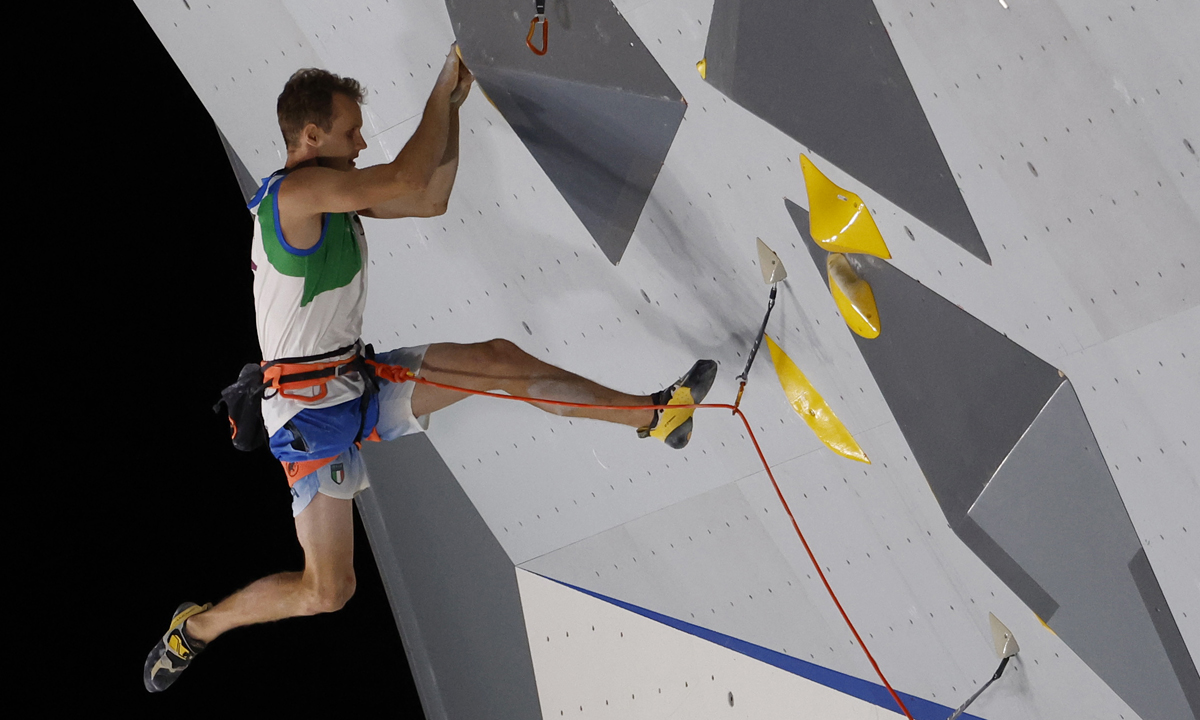 Sports climbing has captivated a new audience in its Olympics debut with French gun Bassa Mawem showing the way before younger brother Mickael upstaged him.

Twenty men, including Australian Tom O’Halloran, competed at the Aomi Urban Sports Park venue near the Tokyo waterfront on Tuesday.

It was Mawem who was the star turn, clocking a mere 5.45 seconds in a 15-metre “vertical sprint” before his sibling dominated the second bouldering stage and Austrian Jakob Schubert took out the third lead event.

Speed is as the name suggests, climbers blazing up a 15m wall that has a negative five per cent gradient, while bouldering tests problem-solving skills on four previously unsighted low wall sections and lead is a technical climb against the clock.

The eight best combined scores across three events proceeded to the final on Thursday, with both Mawem brothers, American Colin Duffy (second) and local hope Tomoa Narasaki (third overall) in the mix.

The spectacle had tongues wagging on social media in a good early sign for the International Olympic Committee’s agenda to broaden the appeal of the world’s largest sporting event by including surfing, 3×3 basketball, BMX freestyle and skateboarding.

The 29-year-old O’Halloran appeared on two seasons of TV show ‘Ninja Warrior’ and made the grand final in his second season and considers the lead leg his strength.

Defending champions Brazil will face Spain for the Olympic gold medal in men’s soccer on Saturday.

Brazil beat Mexico 4-1 on penalties after the game ended goalless after extra-time while Spain beat host Japan 1-0 with Marco Asensio scoring a curling shot in the 115th minute in Saitama.

Brazil went close to settling the match inside 90 minutes when Richarlison struck the post with a glancing header in the 82nd minute.

But when it came to the shootout, they had their keeper Santos to thank for a fine save to keep out Eduardo Aguirre’s spot-kick after Mexico’s Johan Vasquez hit the post, leaving Brazil just needing to keep their cool.

Brazil won their first Olympic title five years ago at the home Rio Games by beating Germany on penalties.

Mexico will play Japan for the bronze medal in Saitama on Friday and the gold medal match is set for Saturday in Yokohama.

Brazil won their first Olympic title at the 2016 Rio de Janeiro Games in a penalty shootout with Germany.

Neymar converted the clinching penalty at the iconic Maracana Stadium.

Spain’s only Olympic title also came at home – at the 1992 Barcelona Games.

The country’s last final was at the 2000 Sydney Games, losing to Cameroon.