Australia controversially had a Sam Kerr goal ruled out in the 42nd minute and copped a cruel sucker punch from Sweden’s Fridolina Rolfo less than a minute into the second half to fall short at the International Stadium Yokohama.

The deflating defeat came just hours after Australia’s miracle win in the women’s basketball, which saw the Opals overcome Puerto Rico and a 25-point-or-more margin needed to advance to the quarter-finals.

The Matildas will now face the United States, who lost to Canada 1-0 in the earlier semi-final, in Thursday’s bronze medal match – but without star defender Ellie Carpenter, who will be suspended after being sent off in the 95th minute.

“Before the game everyone talked about Sweden being the best team in the tournament, playing fantastic attacking football,” coach Tony Gustavsson said, lauding his team’s bravery and attacking mindset.

“We showed from the first minute that we wanted to dominate this game, there was no fear whatsoever.

“… I said to (the players) ‘I’m very proud about the performance but I’m very disappointed about the result’.

“I also said we have unfinished business – we need to recover and make sure we perform as well in the bronze game coming up.”

But referee Melissa Borjas blew the whistle against Emily van Egmond, further down the line of players, for blocking the run of Swedish defenders, leaving the Matildas up in arms.

Sweden then snatched the lead in the most fortuitous of fashions in the 46th minute.

The versatile 26-year-old from King Island qualified for the Tokyo Games in three events but has chosen to focus solely on the 1500m, believing it’s his best chance of claiming a spot on the podium.

Kenyan Timothy Cheruiyot is the deserved favourite, but McSweyn has every chance to claim the first Australian medal in the metric mile since Herb Elliott’s gold at the 1960 Rome Games.

“I just have to execute good rounds to make sure I get into the final (on Saturday) and then make sure I’m running the best race that suits me,” McSweyn told AAP. 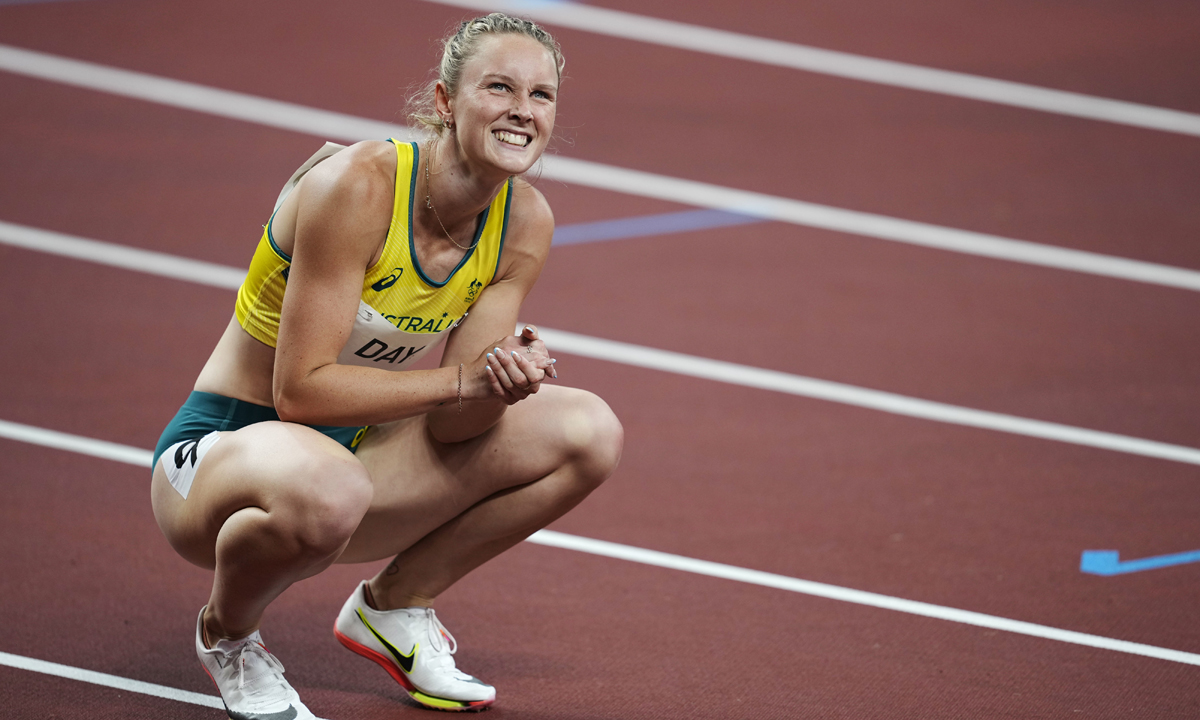 Meanwhile, Australia’s Opals have pulled their Tokyo campaign from the flames with a last-ditch 27-point defeat – 96-69 – of Puerto Rico to progress to the quarter-finals on Monday night.

Winless in their first two games, the Opals needed to win by 25 to sneak into the final eight.

But it looked far from likely when they conceded the first eight points of the game, trailed by one at quarter time and led by just one at halftime.

But a 51-25 second half, helped by a three-pointer and a fall-away jump shot from Cayla George in the last 90 seconds, rescued the most unlikely result.

It saved the Opals from their worst-ever Games result and kept them in the hunt for a medal ahead of a quarter-final against either Spain or the United States.

Elsewhere, rising star Riley Day gave a tantalising glimpse of what she could achieve in the next few years by smashing her PB with a time of 22.56 seconds in the 200m semi-finals, to just miss out on a spot in Tuesday’s final.

The Hockeyroos were handed a heartbreaking 1-0 upset at the hands of India to be knocked out of the women’s Olympic hockey quarter-finals.

The Sharks closed their Tokyo Olympics men’s water polo campaign with a clinical 15-7 victory over Kazakhstan.

On day 11, Australia plays for a spot in the gold-medal match in hockey, as the Kookaburras face the Russian Olympic Committee (ROC) in the semi-final.

This article was first published on The New Daily. Read the original article here