The Australian men’s crew of Alex Purnell, Spencer Turrin, Jack Hargreaves and Alex Hill made it a golden rowing double on Wednesday morning after the women topped the podium in the same event in the previous race.

While Australia won gold in the men’s four in 1992 and 1996 to earn the Oarsome Foursome tag, Great Britain had won the event at every Olympics since.

Romania finished with a flourish to take the silver medal while Italy crossed in third, with Great Britain coming home in fourth.

The Australians got off to a fast start and were ahead at the halfway mark, with the Brits moving into second.

But with Hill lifting the stroke rating, the men in green and gold kept their boat in front as the field closed in.

They crossed the line in an Olympic best 5:42.76 seconds, with Romania 0.37 seconds behind.

The men’s and women’s quad scull crew also both chipped in with hard-earned bronze medals to cap a memorable morning. 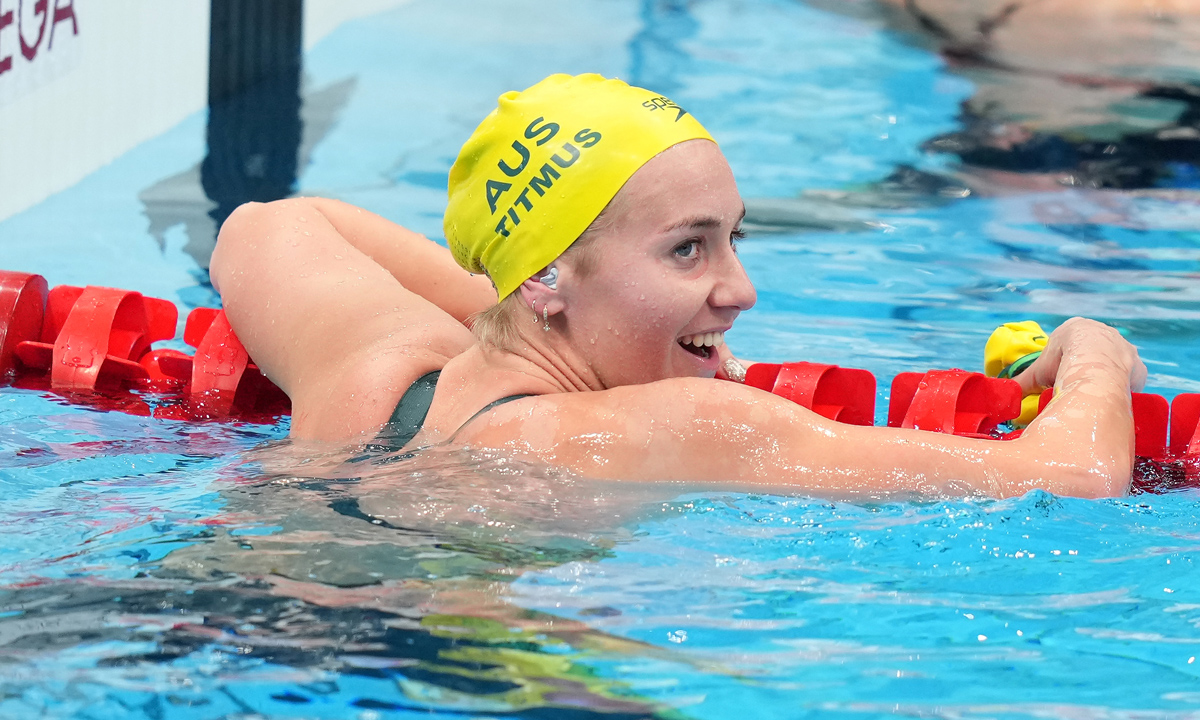 Australian swimmer Ariarne Titmus has won her second gold medal of the Tokyo Olympics in the women’s 200-metre freestyle.

Titmus followed her 400m freestyle triumph with victory in the 200m in this morning’s final.

Haughey held the lead until the last 20 metres when Titmus finished in a flurry to win in an Olympic record time of one minute 1:53.50 seconds.

Titmus joins Shane Gould in 1972 as Australian women to complete the 200m-400m golden double at an Olympics.

She will meet Ledecky once more at the Tokyo Games, over 800m, with the American red-hot favourite over the longer distance.

“When it comes to what will be the 3.0 battle in the 800 freestyle, that is when Katie Ledecky has Arnie covered,” Australian swim legend Ian Thorpe told the Seven Network.

“And I want Arnie to prove me wrong.” 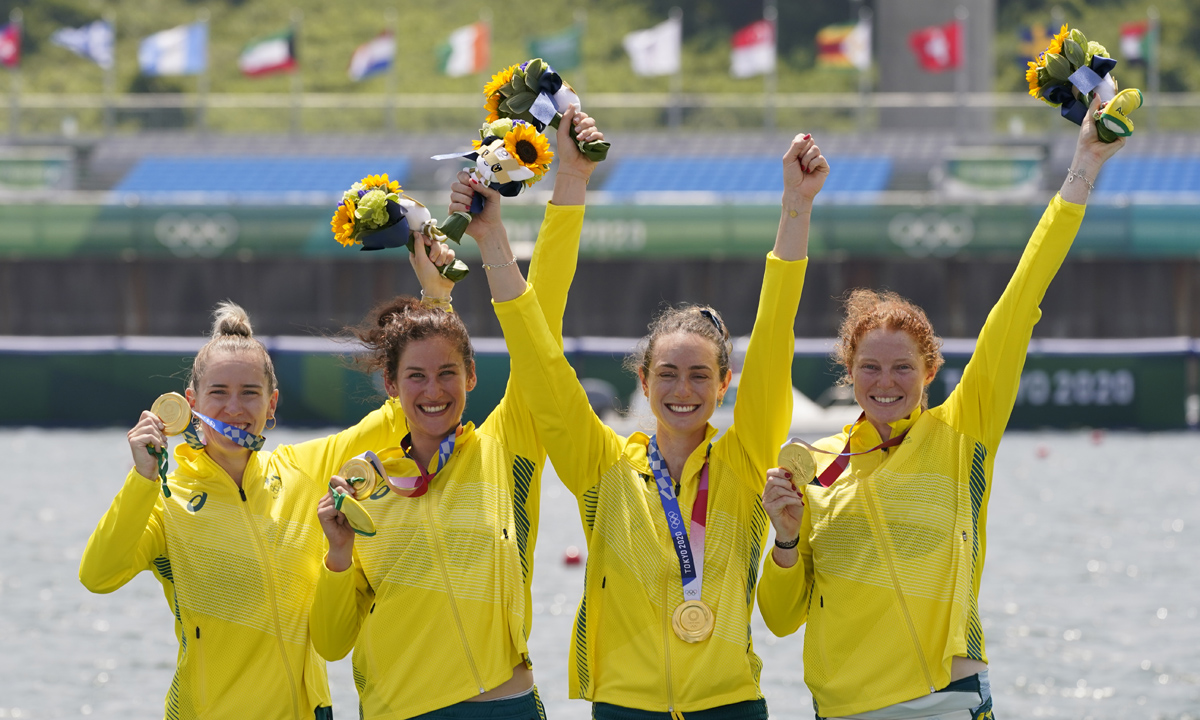 The women’s coxless four gold medal in Tokyo has been won by Australia with the team staking a claim as the nation’s new Oarsome Foursome.

The event returned to the Olympic rowing schedule after almost a 30-year absence and the Australian crew of Rosie Popa, Lucy Stephan, Annabelle McIntyre and Jessica Morrison stormed to gold.

The Australians held off the fast-finishing Netherlands crew while Ireland won bronze.

The world champions set an Olympic record with their heat performance, moving into the final on Wednesday as gold-medal favourites.

And they lived up to their top billing, leading from start to finish, although the Dutch came at them in the closing stages lifting their stroke rating.

Australia crossed the line in an Olympic record of 6:15.37 seconds, with the Netherlands 0.34 seconds behind.

The women’s coxless four, which made its first and last appearance at the 1992 Barcelona Olympics, replaces the lightweight men’s four in this year’s program as part of a push for gender equality.

Australia’s men’s four has been the nation’s most successful boat, winning back-to-back gold in 1992 and 1996 to earn the Oarsome Foursome tag.

McIntyre and Morrison will be back on the water lining up in the semi-final of the women’s pair as they bid for a rare Olympic rowing medal double. 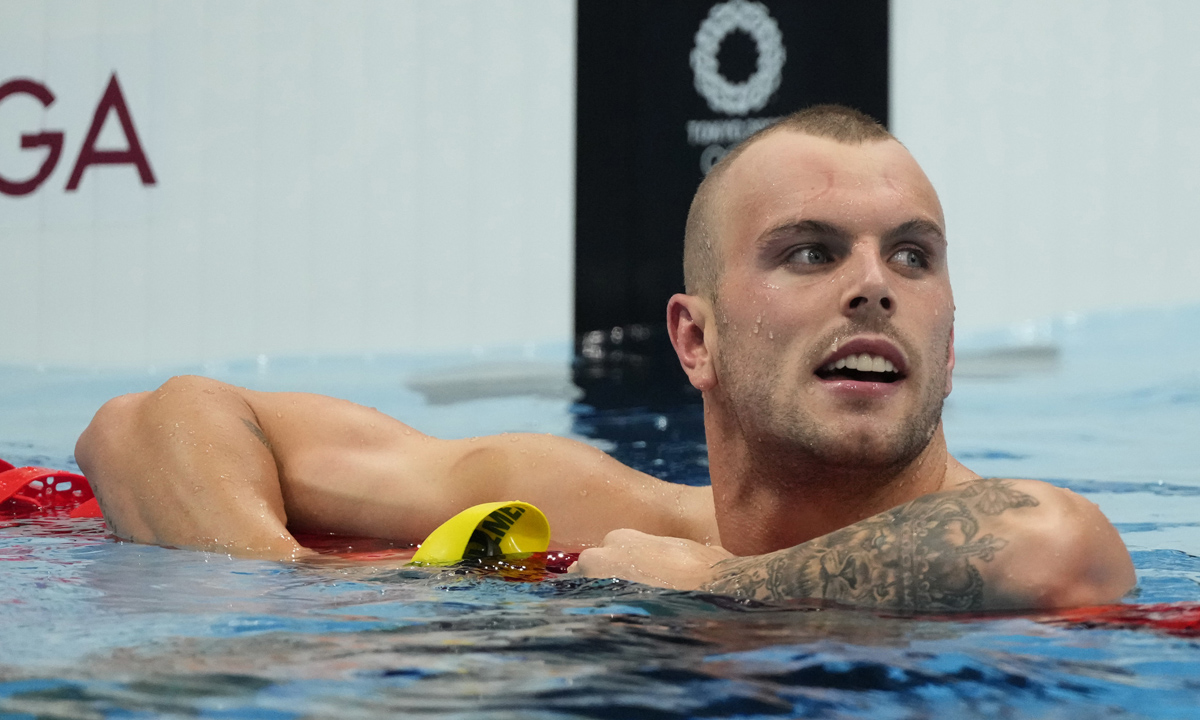 The Adelaide swimmer finished second in his semi-final this morning but was slower than the first four swimmers in the other semi.

Chalmers also swam in the 4x200m relay this morning.

The result will see hi line up in lane seven in tomorrow morning’s gold medal race.

In the women’s 200m butterfly, Australia’s Brianna Throssell finished fourth in her semi-final to also qualify sixth for tomorrow’s final. 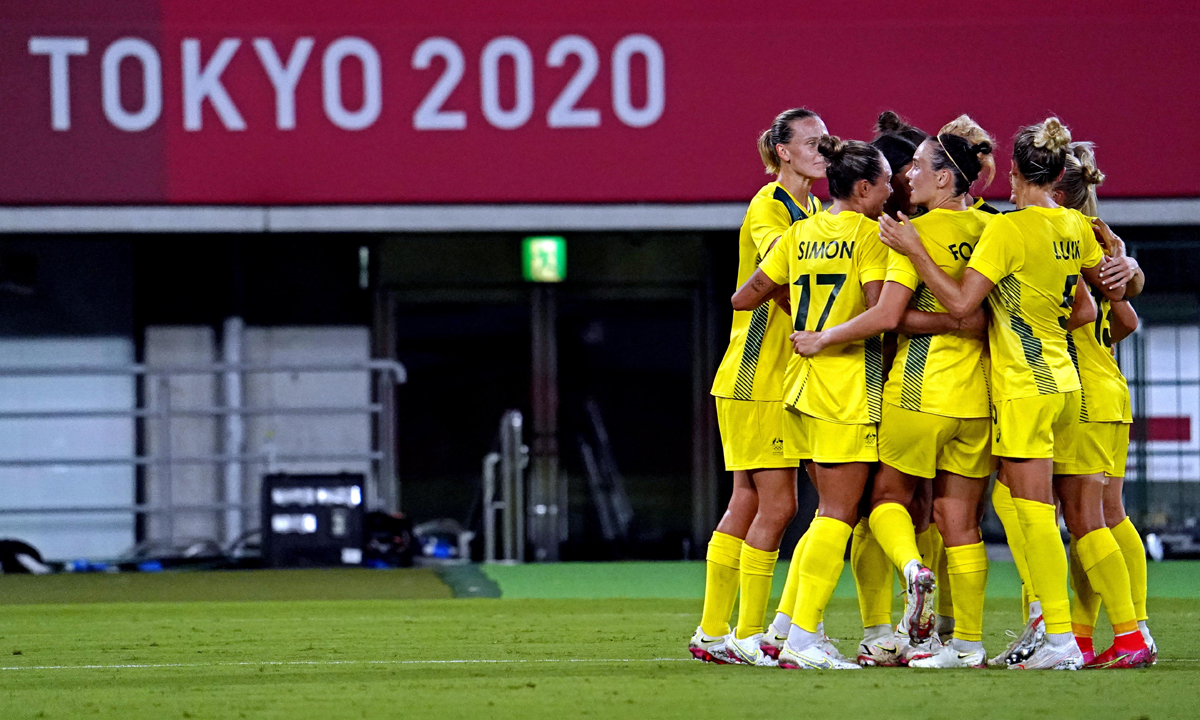 The Matildas will take on Great Britain in a tantalising prime-time Olympics showdown after last night sealing a berth in the Tokyo women’s soccer quarter-finals.

Australia’s scoreless draw with the United States on Tuesday night saw them finish third in group G and other results ensured qualification to the knockout stages as one of the two best third-placed teams.

The Matildas have never played Great Britain or its associated entities – England, Scotland and Wales – at a major tournament.

Earlier, Australia went toe to toe with the US before both teams settled for a stalemate, meaning the Matildas finished third in the group on four points, due to the Americans’ superior goal difference.

“We played really well, I thought we dominated for most of the game,” captain Sam Kerr told the Seven Network.

“But at the end of the day you don’t win a medal by tying with the USA.”

The US almost opened the scoring in the eighth minute when Alex Morgan burst away on the break, but Teagan Micah made a comfortable save.

Ten minutes later, the Matildas almost snatched the lead when Ellie Carpenter’s long throw caused chaos in the 18-yard box and Fowler looped a header off the crossbar.

Australia dominated most of the opening half-hour then had a scare in the 31st minute when Morgan headed home at the near post – only to be ruled offside.

After some early second-half chances, both teams sat back for the final 20 minutes in a dour end to the contest while Kerr received treatment in the 87th minute but returned to the field.

In other quarter finals on Friday, Canada plays Brazil, Sweden takes on hosts Japan and the US plays the Netherlands.

Biles uncertain if she will compete tomorrow 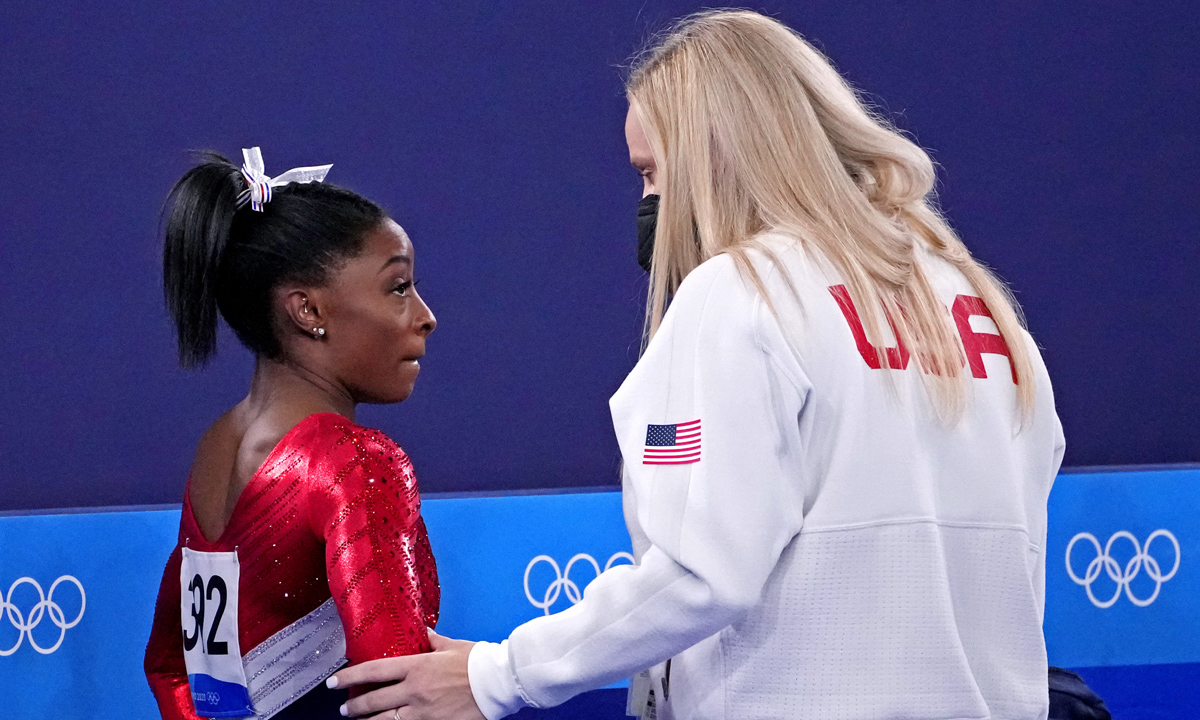 Superstar Simone Biles’ Tokyo Olympics future is in doubt after she dropped out of the gymnastics women’s team final after one vault as the United States surrendered the gold to Russia.

After a disappointing performance that saw her exit early in Tuesday night’s competition, Biles said she was unsure whether she would compete on Thursday in the women’s all-around event.

“After the performance I did I just didn’t want to go on,” said Biles, fighting back tears as she met with the media.

“We are going to see about Thursday.

“I’m just trying to gear up for the next test.”

USA Gymnastics said in a statement Biles had withdrawn because of a “medical issue”, and would be assessed daily.

“Just a little injury to my pride.”

It was a stunning and disappointing start to the Olympics for the US women, who had expected to dominate the final as they had not been beaten in a major team competition since 2011.

But the entire event was turned on its head in an instant when Biles, the world and Olympic all-around champion, completely mistimed her opening vault to earn a low score of 13.766 and pulled out.

Biles has qualified for every event in Tokyo and along with the all-around is scheduled to contest four apparatus finals during the second week.

Six golds are now out of reach but Biles could still equal the record of nine held by Russian gymnast Larisa Latynina over three Olympic Games – Melbourne 1956, Rome 1960 and Tokyo 1964.

But she hinted some things are more important than medals.

“I have to focus on my mental health.”

Despite taking a single vault, Biles will add a silver medal to the five she won at the Rio 2016 Games, including four golds.

But the chase for 10 gold is over.