World record holder McKeown is a favourite for her 100m backstroke final and teammate Mitch Larkin is also hoping to land among the medals in the 100m backstroke, qualifying third fastest.

A three-time K1 world champion, Fox is yet to stand at the top of an Olympic dais, winning silver in London in 2012 and bronze in Rio four years later.

The 27-year-old enters the semi-finals as the raging favourite after posting a qualifying time of 98.46 seconds, some three seconds faster than her nearest rival, Germany’s Ricarda Funk.

Fox needs a top-10 finish to advance to the medal race.

Also in the pool, the men’s 4x200m freestyle relay begin its heats, as do Kyle Chalmers and Cameron McEvoy in the men’s 100m freestyle. Zac Stubblety-Cook and Matt Wilson also hope to move into the semi-finals in the men’s 200m breaststroke.

Emily Seebohm joins McKeown in the women’s 100m backstroke as an outside favourite. 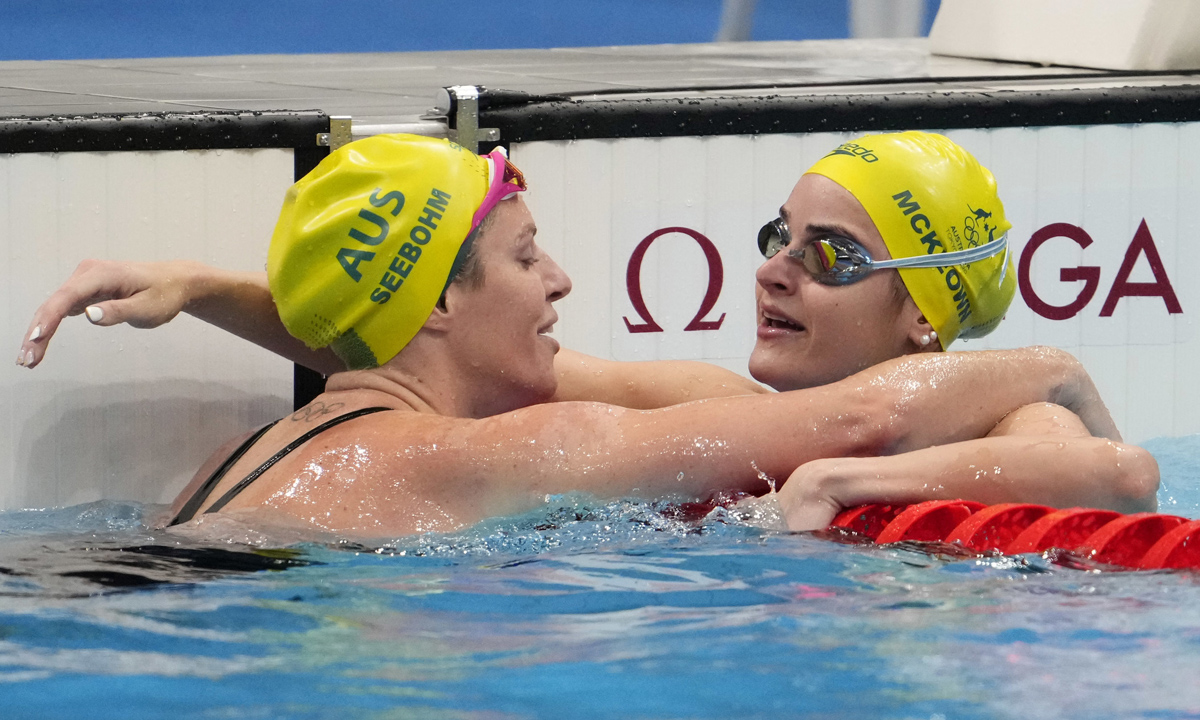 Meanwhile, surfing’s first Olympic finals are to be brought forward 24 hours to Tuesday because of the tropical storm set to hit Tokyo.

Australian pair Sally Fitzgibbons and Owen Wright revelled in the windier conditions to book quarter-final berths on Monday and might benefit from the tropical storm in their pursuit for gold.

“After a review of the surf conditions forecast for Tuesday and Wednesday, tournament officials have decided to move the women’s and men’s Olympic surfing finals from Wednesday to Tuesday,” said a Games statement.

“The International Surfing Association technical director assessed the overall impact of the surf forecast on the final day of competition and adjusted the schedule.”

In table tennis, Jian Fang Lay is saving her best for last, marching into the third round of the women’s event in her record-equalling sixth Olympics.

Fang Lay is one win away from setting a new benchmark for her best-ever Games, having already equalled a third-round effort at Rio.

Ash Gentle leads the Australian charge in early action in the triathlon, while the Kookaburras meet Argentina in the men’s hockey and the Aussie Sharks face a crunch water polo meeting with Croatia.

Canberra’s Rebecca McConnell is in action in the women’s cross country mountain biking.

The Opals get their Olympic campaign underway against Belgium while the Matildas look to rebound from their loss to Sweden against the USA.

The Stingers trailed 8-4 just before halftime, but kept their composure to trickle back the score and take the lead with an impressive 10-4 second half.

This article was first published on the New Daily. Read the original article here.