Already a member of Australia’s victorious 4x100m freestyle relay team, who broke their own world record in their gold medal swim on Sunday, McKeon is a genuine contender in the 100m butterfly final.

China’s Yufei Zhang was the quickest qualifier into the final, but McKeon wasn’t far behind, finishing third before her crucial leg of the freestyle relay.

A joyous McKeon said it was easy for her to back up from her butterfly semi-final performance and help Australia earn gold in the event yet again.

“Being a part of this relay especially always lifts you,” she said.

“Going out with the girls, you all have that extra bit of adrenaline. I actually felt a bit more relaxed going in with the rest of them. All six of us are part of this team. So very exciting.”

McKeon is a contender for seven medals in Tokyo, which would be the most of any Australian at a single Olympics. She won gold as part of the 4×100 freestyle relay at the 2016 Rio Olympics, as well as a pair of silvers and a bronze.

Meanwhile, 20-year-old Ariarne Titmus will look to add gold to her budding collection in the 400m freestyle final against American megastar Katie Ledecky.

Australia enters Monday’s competition with one gold, one silver and one bronze – all in swimming. 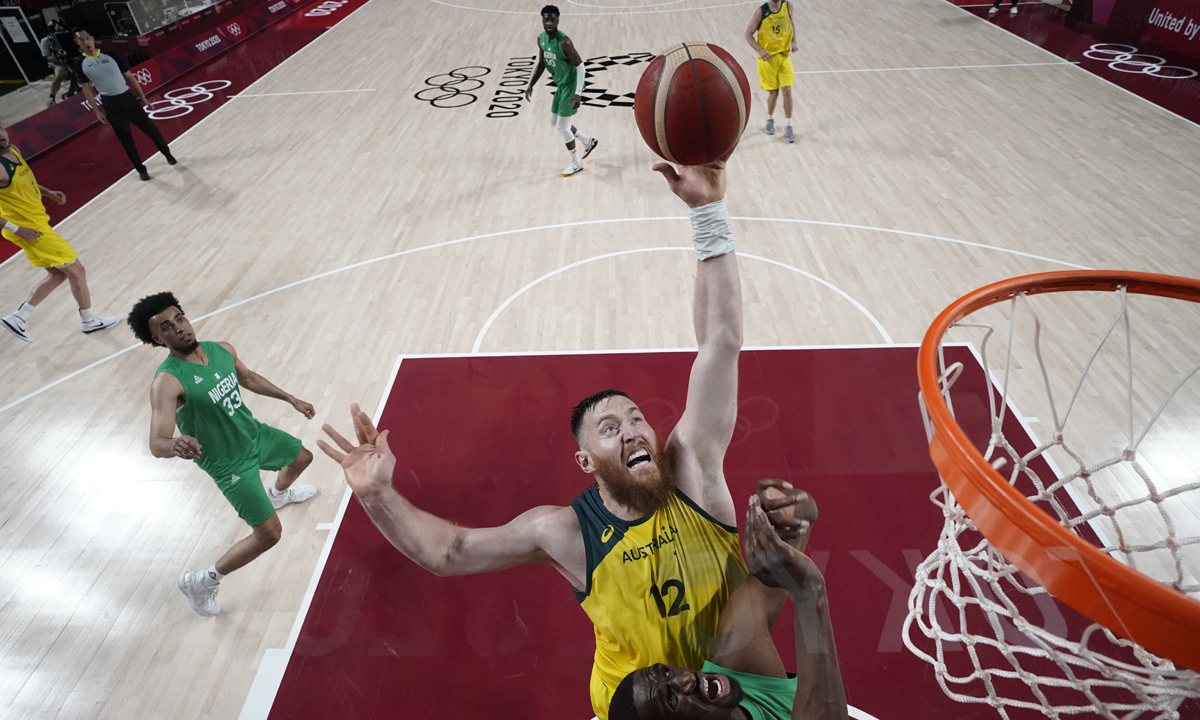 Elsewhere in the Olympic city, world No.1 tennis star Ash Barty, who suffered a stunning opening-round singles loss on Sunday, must regroup for the doubles.

The Olyroos’ hopes of qualifying for the quarter-finals of the Olympic football tournament will come down to their final match against Egypt, after a brave but shattering 1-0 loss to Spain.

The Boomers made a promising start to their battle for gold in basketball, with an 84-67 win over Nigeria.

The Kookaburras belted India 7-1, as they chase their first Olympic gold since 2004, while the Hockeyroos prepare to play China after starting their campaign with a win over Spain.

Likewise, the Stingers will aim to build on a first-up win against Canada when they take on the Netherlands in women’s water polo.

Australia’s softballers face their moment of truth: they must beat Mexico to reach the bronze medal game. while in women’s skateboarding Australia’s world No.6 Hayley Wilson is an outside medal chance.

Back at the pool, Australia’s men’s 4x100m freestyle relay team are eyeing a medal but appear off the gold pace set by Italy and the United States.

Paul Adams is well-placed in the skeet, with two more preliminary rounds on Monday before the top six contest the medals, while Laura Coles is further back in the women’s field.

Dan McConnell will contest the cross-country mountain bike event at his fourth Olympics, the day before his wife Bec starts the women’s race as a medal contender.

Jake Birtwhistle is the main Australian medal hope in the men’s triathlon, with Aaron Royle and Matt Hauser likely to work for him.

Daniel Watkins is in the semi-finals of the canoe slalom, with the medals to be decided on Monday, and Australian surfers Stephanie Gilmore, Sally Fitzgibbons, Julian Wilson and Owen Wright are scheduled for round-three heats.

Australian gymnast Georgia Godwin will be a reserve for the all-around final of the Tokyo Olympics, having fallen just 0.533 points short of qualifying.

This article was first published on the New Daily. Read the original article here.