Rowers headed to Murray Bridge on Saturday to compete in more than 70 individual races. The event featured many battles and some dominant performances including in the 2nd Grade Men’s Coxed Four Division 1, where St Peter’s College took first place, 44.17 seconds ahead of second-placed Christian Brothers. St Peter’s finished the 2000m race in a time of 7:45.50, well ahead of the Christian Brothers’ 8:29.67.

In the last week at the AFL Max for the SAILL, the Bombers played the Raptors in a top of the table clash, with both teams entering the round on equal points. The Bombers headed into the match looking for revenge, after their close 10-9 loss to the Raptors earlier on in the season.

The Bombers putt on a mammoth performance, blowing out the Raptors 19-4. This week’s set of games will be the final minor round before the finals begin on February 12.

Interclub continued to put on entertainment for South Aussies with numerous battles across the weekend. One example was in the Open men 1000m sprint Medley Final, heat 1. Six teams vied for honours but Saints Athletics Club convincingly snatched first. The Saints finished with a time of 1:59.12, just over seven seconds ahead of the second placed Enfield Harriers, who finished in a time of 2:06.18. The Northern Districts Athletics C wrapped up the top three in a time of 2:06.74.

Garry Smith took out the men’s title on Friday after a convincing win in the final, which saw him beat Damon Edmunds 25-13. The grand final result capped off an excellent day for Smith who strolled to a convincing 21-8 win in the quarter-finals against Scott Colvill, before beating Steve Grant 25-19 in the semis a few hours later.

Teenager Kate Argent-Bowden won the women’s title after an incredibly close victory in the final against Renata Callisto 25-24. Argent-Bowden began the day with a 21-13 win in the quarter-final against Beverly Gericke, before backing it up in the semis with a 25-20 win against Sandra Wallace. The result sees the 15-year-old become the youngest ever winner of the title.

Thoroughbred Racing South Australia announced a major rebranding last week, changing its name to Racing SA and redesigning the logo. The new title allows sub-brands, such as the Apprentice Academy SA, to sit under the Racing SA banner. 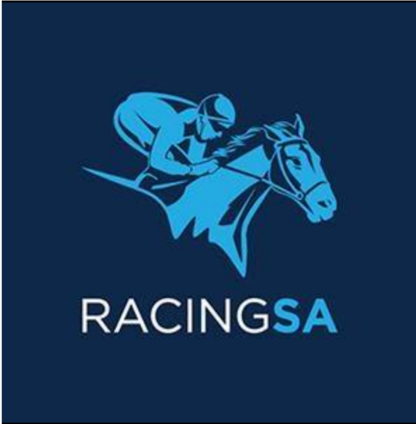 Racing SA CEO Nick Redin said Racing SA was looking to further strengthen the SA industry and its presence locally and outside the state.

“The new name and rebranding – which includes a new suite of sub-brands – gives us a better, more modern platform to proactively promote the industry and the many initiatives we’re working on, and it aligns us with our contemporaries interstate,” Redin said.

Golfers had it all to play for on Saturday at the Glenelg Golf club. The top two finishers in the male and female categories won all-expenses-paid trips to the PLAY 9 National Final at Pelican Waters Golf Club during the Isuzu Queensland Open on March 13.

Carolyn Bradbrook, from Blackwood Golf Club, was crowned the winner in the women’s, with a score of 18 points. Rebecca Clarke, from Glenelg Golf Club, took out runners up with 17 points.

In the men’s, there was little separating the top two finishers. Brett Vanstone, from Kensington SE Golf Club, took out full honours, finishing with a score of 21 points c/b.

Simon Burnet, from Kooyonga Golf Club, had to settle for second despite finishing on 21 points, as well. Burnet lost the first-place opportunity through a countback.

Former world no.1 Adam Scott entered the fourth and final round of the Farmers Insurance Open this morning within two strokes of leaders Carlos Ortiz and Patrick Reed, both at 10 under. The Australian finished the third round with an even-par 72 at Torrey Pines, leaving him tied for third. Round four kicked off disappointingly for Scott, with him falling down the standings and settling for a one-over-par 73, leaving him tied for tenth after all four rounds.

Glenelg kept a stronghold atop of the ladder after thumping the winless Goodwood 18-1 on Friday night. The result sees Glenelg maintain only the one loss for the season against second placed Sturt. Sturt now sit eight points off first, with a game in hand, set to be played at 6:00 pm tonight against the Saints at Sturt Baseball Club.