The Redbacks will be looking to bounce back in their Sheffield Shield match against Tasmania from today after losing their first-round match to WA last week by 205 runs.

New SA coach Jason Gillespie will be on deck for the Karen Rolton Oval match after completing his 14-day quarantine following his return from a coaching stint in England.

The Redbacks match against the Tigers kicked off at 11am with the Redbacks in early trouble at 4/62 at lunch.

The Trinity Old Scholars secured a win against Walkerville, 9/175 to 10/142. The win sees Trinity kick off the 2020/21 campaign with a win and will seek to continue that as they play Pooraka at Waldeck Oval next Saturday, 31 October, at 12:30pm.

Salisbury Inter’s shot-stopper, Sian Fryer-McLaren, has signed for Adelaide United Women for the upcoming W-League season that is set to kick off Sunday 27 December 2020.

Sturt Lions continue to keep the pressure on league-leaders South Adelaide after beating West Torrens Birkalla 2-1. The result sees South Adelaide sit one point ahead of Sturt with two games left. In what may be the game to decide who wins the league, Sturt Lions will face off against South Adelaide at West Beach Parks Football Centre in a winner takes all affair this Saturday at 3:00 PM.

Brett Brown has stepped down from the head coaching position of the Australian men’s Basketball team for the Tokyo Olympics in 2021, citing uncertainty around his coaching future that would prevent him from fully committing to the job. Brown signed on the dotted line less than 11 months ago for the then 2020 Tokyo Olympics but had yet to lead the Boomers in a game or camp.

Luke Morrison has won the open males ocean paddlers round three event. Despite not making it easy for himself after missing the start of the race, he worked hard to catch up to the rest of the pack and, eventually, take the lead. Francesca Kidd won the open female category, being the only female who finished in the top ten in the overall race. 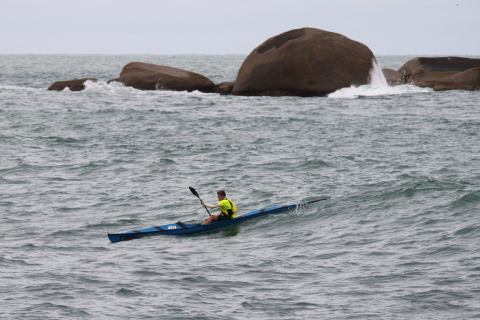 Michael Venis finished quickest for the 50-59 Male category, with Dave Myatt finishing quickest in the 60-plus male category. The race saw athletes start at Victor Harbour and head around Wright Island and back towards Port Elliot for a total of 12.6 kilometres distance.

It was a bad day at the office for the Adelaide Hockey club in Grand finals, as both the women and men’s team lost. Port Adelaide Women triumphed over Adelaide Hockey Club 4-2 to be crowned 2020 SA Women’s Premier League hockey champions.

The All Blacks beat the Wallabies 27-7 to win the second test in the Bledisloe Cup at Eden Park yesterday. The result continues a 34-year losing streak for the Wallabies at the NZ fortress. Australia has another chance when the sides meet again in Sydney on October 31 and Brisbane on November 7.

Southern Suburbs will play Woodville in this Friday’s Coopers Premier 2 Grand Final after Woodville beat Adelaide University 55-12.  The final will be played this Friday, 8:00pm at Bailey Reserve.

Cyclists took over the second-longest permanent racetrack in the world on Sunday with Alexandra Manly (Cycling Australia) taking out an emphatic win in the Kermesse of the Women’s Elite Super Series at the Bend Motorsport Park. Maeve Plouffe (Cycling Australia) was second, after winning all the sprint points. Nicola Macdonald (Roxsolt-Attaquer) retained her Leader’s Jersey in Elite Women.

Glenelg Women celebrated their 100th game of women’s baseball for the Glenelg Baseball Club with a win, beating the Woodville Women 14-4.

Sturt continue their good start to the season, beating Adelaide 7-0 and sending them top of the league, making it two wins from two games.

Port Adelaide have beaten Sturt 4-3 to take them top of the A grade ladder with a game in hand over second placed Sturt.

Walkerville have beaten Seacombe 10-3 to give them their first win of the season. The win sees Walkerville jump above Seacombe to go fourth in the A Grade Ladder.

Vipers were able to kick off their 2020 TFSA League open with a win, beating South West Wolves 7-2.

Eastern Stingrays are set to play Viper’s this Friday—at the same venue—on Field 2 at 8:20pm.

Viper’s Women’s were able to match the men’s team strong performance in their round 1 opener, beating the South West Wolves 7-3.

Central Scorpions put on a show, beating the Eastern Stingrays 8-1.

The Eastern Stingrays are set to play Vipers this Friday, 6:30 pm at Tuthangga, Park 17, Field 2. Central Scorpions are set to play South West Wolves at the same venue at 8:20pm, on Field 1 on Friday.