However, the tournament will get underway without Chinese golfer Weiwei Zhang who was unable to make it to Australia before the coronavirus travel ban came into effect on February 1.

Zhang is from Hubei Province where the coronavirus originated. The world No. 180 rocketed to the top of the Australian Ladies Professional Golf order of merit for 2019/20 after winning the season opening Thailand Masters in September.

A large portion of the field for this week’s tournament arrived in Adelaide this morning after contesting the ISPS Handa Victorian Open southwest of Melbourne on the weekend.

The ISPS Handa Women’s Australian Open tournament has been played in Adelaide since 2016 with Royal Adelaide hosting in 2017.

The Royal Adelaide Golf Club was founded in 1892 and is consistently ranked in the top 10 courses in Australia and the top 100 in the world.

The course layout will be virtually identical to the 2017 event when South Korea’s Ha Na Jang stormed home to claim the Patricia Bridges Bowl. 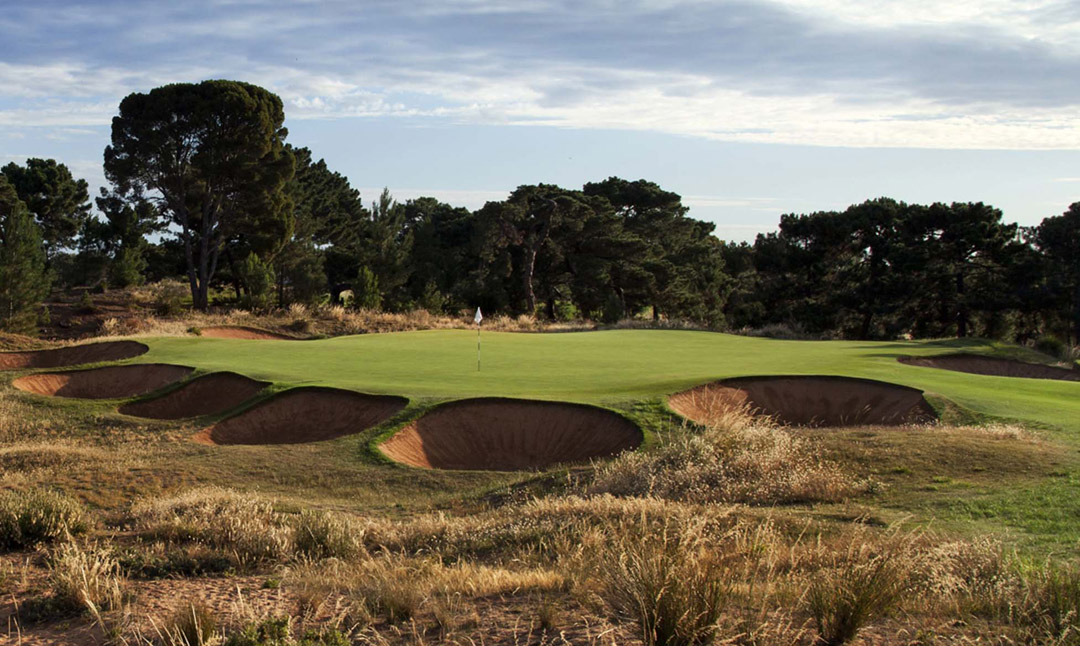 The heavily bunkered Par-3 7th hole at Royal Adelaide is a favourite among players and spectators. Picture:David Scaletti.

The forecast temperature for the four days ranges between 26C and 30C with moderate to fresh afternoon sea breezes.

“The turf quality is the best in Australia right now and they’ve had somewhat of a perfect climate in the lead-up,” he said.

“It looked a bit ordinary 12 or 14 weeks ago but it’s certainly had everything it needed and more between now and then to get it up to this standard – it’s amazing – so hats off to the course superintendent Nathan (Bennett).”

Herden said having the national open follow on from the Victorian Open, which has also been included on the global LPGA tour since 2019, had helped attract some of the world’s best players.

“A lot of people lose sight of the fact that we all strive to get major champions into golf tournaments and it shows great depth alongside the up and coming super stars of the game,” he said.

“Two weeks in Australia is a great way to get good strong fields and it’s certainly working well for both tournaments.

“We’re looking forward to a great week in Adelaide on a superb golf course with so much history and it’s an amazing field so everyone should come out and watch the greatest female players on the planet.”