Playing in her first tournament as an LPGA member, the 22-year-old shot a three-under 69 to post a four-round total of -14 and win by three shots from compatriot Hyejin Choi at Kooyonga Golf Club in Lockleys yesterday.

Australian LPGA rookie Hannah Green was third on -10 from fellow Aussie Katherine Kirk who shot the round of the day to finish on nine-under on the difficult Kooyonga course.

Ko’s caddie for the past two years has been Dean Herden, the Aussie who has made a healthy living from imparting his golfing wisdom while carrying the clubs for some of Korea’s – and the world’s – best female players.

Herden has been a caddie for 26 years and has focused on women professional players for about half of his career. Yesterday was his 52nd victory and his seventh with Ko.

The 53-year-old started caddying for Korean player Jiyai Shin in 2008. She went on to become World No.1, winning 25 tournaments together including the British Open along the way.

He moved to Korea shortly after he started with Shin and has also carried the bag for In Gee Chun and So Yeon Ryu when they won their US Open titles.

“I just had this knack of winning with the Koreans and I’ve just kept going with it,” said Herden who grew up in a small town outside of Wagga Wagga.

“She’s (Ko) very similar to Jiyai and she’s got as good an attitude as I’ve ever seen in a player – straight after a bogey she bounces back.”

Herden speaks Japanese – not Korean – and lives in an apartment in Seoul near Incheon Airport – a smart move for a man who travels a lot. 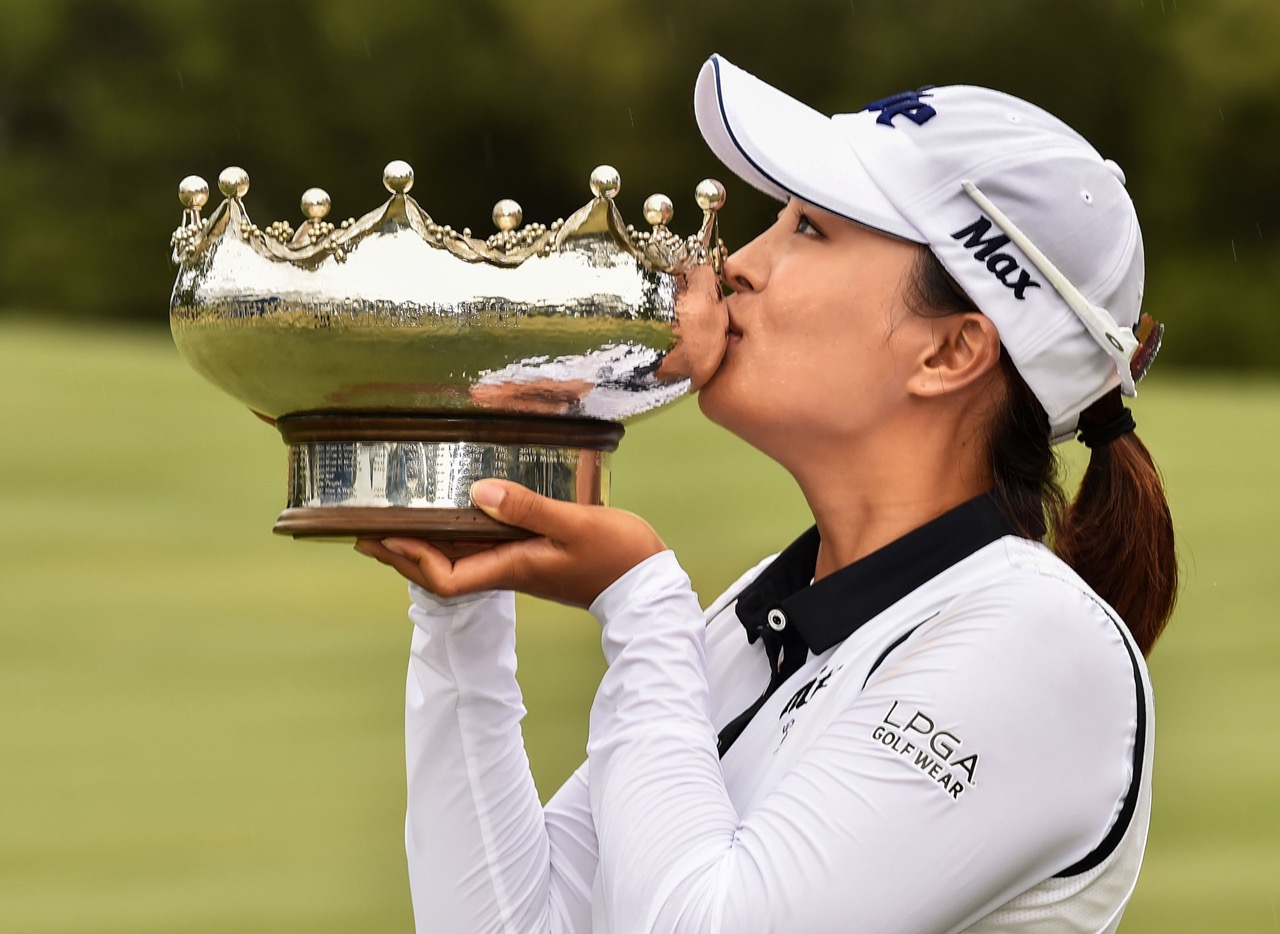 Celebrations from the Kooyonga event are likely to be short-lived for Ko and Herden, who will compete at this week’s LPGA tournament in Thailand.

“We’ve got to go to Thailand tomorrow but I’ll have a few beers tonight,” Herden said after the win yesterday afternoon.

Earlier in the week, Ko flagged she wanted to drink some South Australian wine after the tournament so it was fitting she was presented with a magnum of Penfolds Grange at the trophy ceremony.

The world No.20 said the win was particularly significant for her as it came on Korean New Year’s Day.

“I will meet (LPGA player) Angel Yin and I think we will party tonight on the beach,” she said.

The players praised the quality of the Kooyonga course with former World No.1 Ariya Jutanagarn, who finished tied for seventh with Shin, saying it was among the toughest on the LPGA tour.

West Australian Green, 21, said it was great to be contending in her national open particularly in her rookie LPGA year.

“I was proud of how I handled myself … all around, it’s been a good week,” she said.

“I couldn’t have asked for a better start.

“My goal was to get into every major, and I know that’s quite hard, being a rookie this year, so hopefully I’ve made enough money and keep making money to make sure that I’m definitely in.”

Marina Alex was the highest placed American, finishing in a tie for fifth on 7-under with Aussie No.1 Minjee Lee.

South Australia’s Stephanie Na was in a tie for 19th with New Zealand’s Lydia Ko.

Na started her round brilliantly with a hole in one on the Par 3 third hole, hitting the ace with a six-iron from 153 metres.

However, unlike Sweden’s Jenny Haglund, who won a Genesis car for her ace on the 14th on Saturday, there was no prize for Na.

“I was just pumped to hit the green because it is not an easy green to hit. There was no car but one on the scorecard is always nice to write.”