The war veteran turned Games debutant will lead the Australian team into Rio’s iconic Maracana stadium for the closing ceremony.

After winning the first ever Paralympic title in the men’s KL3 canoe sprint this week, the 28-year-old was wondering why his para-canoe teammates had ditched him to go on a favela tour. 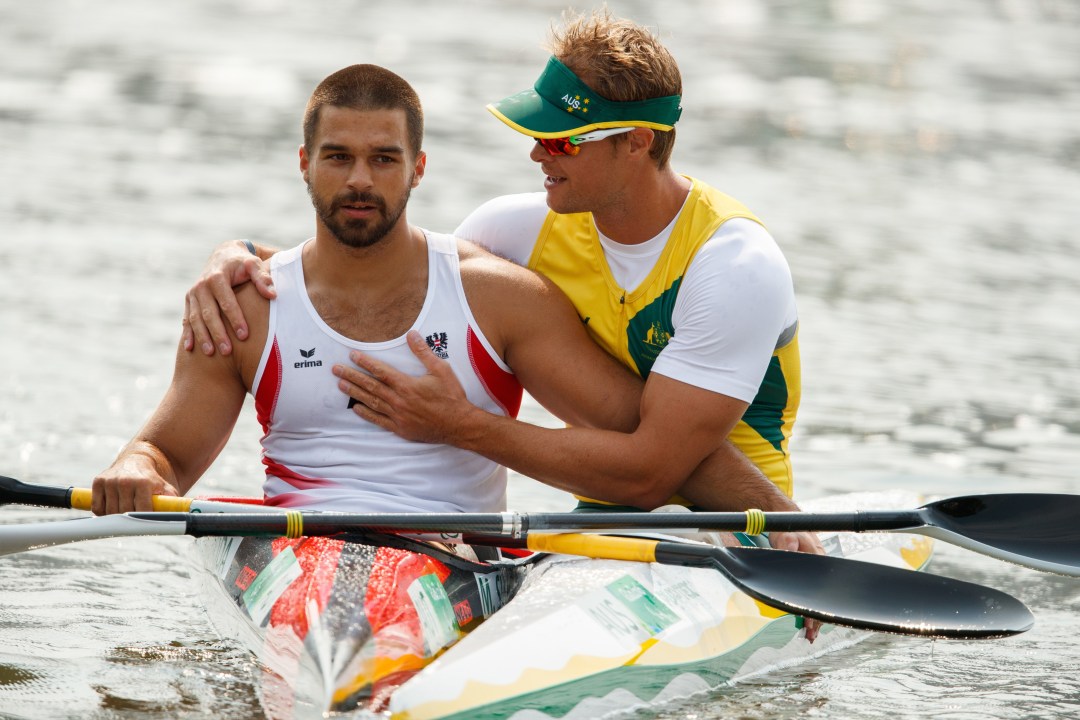 McGrath was hanging out in Ipanema when Aussie team boss Kate McLoughlin bamboozled him with a TV crew and one very important question.

“It was all trickery, and I fell for it,” he said.

“I didn’t really understand why people were cancelling their plans to hang out with me.

“Next minute Kate comes around the corner. As soon as I saw her with a TV camera I knew what she was going to say.”

McGrath lost his legs four years ago when he stepped on a landmine while serving as an Australian Army combat engineer in Afghanistan.

As he was being airlifted to safety, the then 24-year-old made a vow to the men who helped save his life that they would see him see him represent his country again, not on the battlefield, but in the Paralympics.

In Rio the reigning world para-canoe champion made good on that promise, but said he was genuinely shocked to receive this second honour.

“I thought there was definitely people more deserving than me,” he said.

“I hope to carry that flag high.”

The Kiwi-born athlete said he feels lucky to be connected to both countries across the ditch.

“It does pull on the heartstrings when you want to barrack for the All Blacks, and you’re out here in the green and gold,” he said.

“(But) I see Australia and New Zealand as a family. On the 25th of April we commemorate the adversity that the guys from Gallipoli had to go through and it’s a celebration of our two great nations.”

Australia have much to celebrate at the close, having entered a new Paralympic era in which the weight of the nation’s gold medal hopes no longer rest on a few swimmer’s shoulders.

Retired pool greats Jacqueline Freney and Matt Coudry did the heavy lifting in London, but Australia have maintained their top five spot on the medal tally without them in Rio.

And McLoughlin said with so many young athletes getting their first taste of success in Rio, it’ll only get better for Tokyo 2020.

The two swimming stalwarts, with the help of Ellie Cole, won more than half of Australia’s 32 gold medals four years ago, and there were fears the nation would falter without them in Rio.

“In London we just relied so heavily on those two swimmers but this time we’ve managed to do it by spreading the love across all of those sports,” McLoughlin said.

“And not just medals but the number of personal bests we’ve had at these Games, the number of debutants who’ve medalled, I’m bursting with pride.”

Snapping up 22 gold medals, 30 silver and 29 bronze, Australia have now achieved a top five finish at every Games since Barcelona 1992.

Australian team co-captain Kurt Fearnley ended his Paralympic career and Australia’s Rio Games overnight, with the wheelchair racing veteran finishing second in the men’s marathon, missing out on a fairytale gold-medal finish by one second.

But the country’s Rio campaign was overshadowed before it had even begun when para-cyclist Michael Gallagher was sent packing from Rio on the eve of the Games with a doping ban.

Australia’s all-time fastest Paralympian Evan O’Hanlon hung up his running shoes after he was denied a hat-trick of sprint gold medals.

He passed the baton on to young bucks like Scott Reardon, Isis Holt and James Turner.

Wheelchair tennis star Dylan Alcott became one of a handful of Australians to win gold medals in two sports after switching from wheelchair basketball.

And sport-hopping para-cyclist Jessica Gallagher became Australia’s first athlete to win a medal at both a summer and winter Games.

Australia’s men’s wheelchair rugby team extended their golden Paralympic reign when they beat world No.1 America by a single point, 59-58, in a double overtime thriller final. 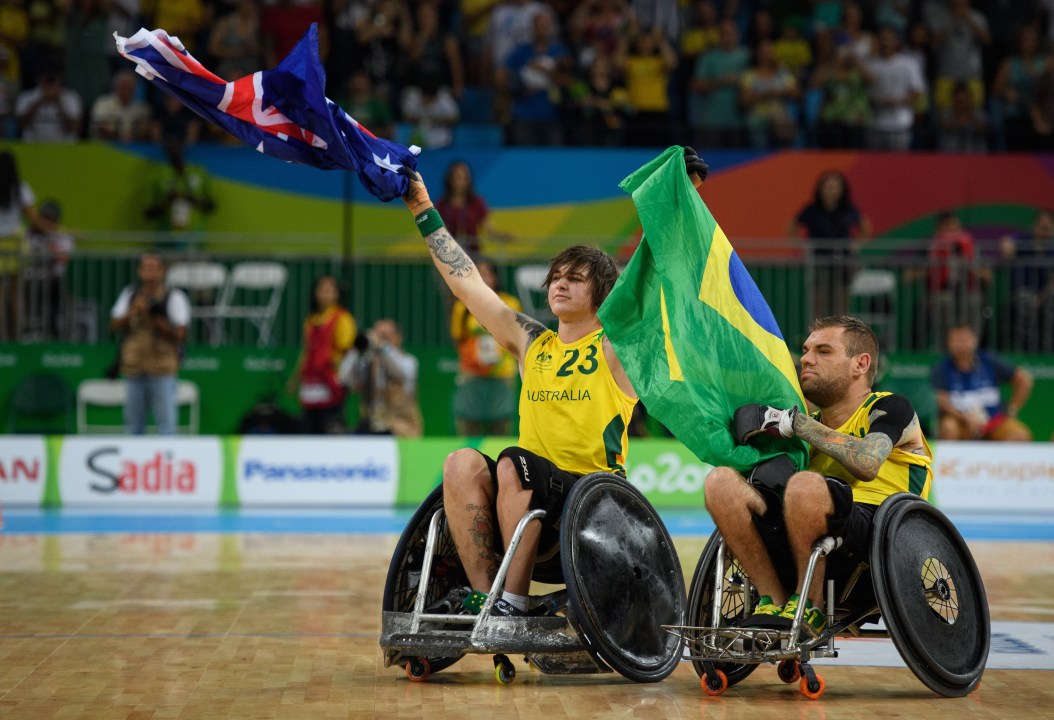 The Steelers flew the flag for team sports after the Rollers, the widely fancied men’s wheelchair basketball team, crashed out in a shock quarter-final loss to Great Britain.

Veteran sailors Liesl Tesch and Dan Fitzgibbon became the first sailors to win back-to-back gold medals and sonar trio Russell Boaden, Jonathan Harris and Colin Harrison also secured a final victory before the sport is dropped from the Paralympic program ahead of the Tokyo 2020 Games.