The group accessed confidential data from athletes such as tennis stars Venus and Serena Williams and gold medal-winning US gymnast Simone Biles, before releasing it on their website.

Biles said on Twitter she had ADHD (attention deficit hyperactivity disorder) and has been taking medication since she was a child.

“Having ADHD, and taking medicine for it is nothing to be ashamed of, nothing that I’m afraid to let people know,” she said.

“Please know, I believe in clean sport, have always followed the rules, and will continue to do so as fair play is critical to sport and is very important to me.”

Having ADHD, and taking medicine for it is nothing to be ashamed of nothing that I'm afraid to let people know.

The leaked information included medical exemptions which allow athletes to use normally forbidden substances – for example ADHD medicine. It revealed that the Williams sisters have been periodically prescribed anti-inflammatory drugs and pain-killers. 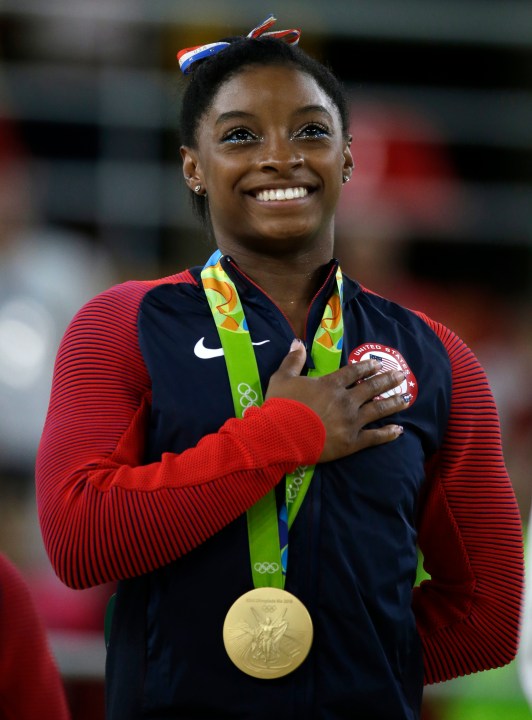 “I was disappointed to learn today that my private, medical data has been compromised by hackers and published without my permission,” Venus Williams said in a statement.

“I have followed the rules established under the Tennis Anti-Doping Programme in applying for, and being granted, ‘therapeutic use exemptions.’

“I am one of the strongest supporters of maintaining the highest level of integrity in competitive sport and I have been highly disciplined in following the guidelines set.”

US basketball star Elena Delle Donne, another gold medallist from Rio, took to social media to post a picture of her recovery from thumb surgery and added a note relating to the hacking news.

“I’d like to thank the hackers for making the world aware that I legally take a prescription for a condition I’ve been diagnosed with, which WADA granted me an exemption for,” she said. “Thanks, guys!”

WADA said access was likely obtained by gaining possession of passwords through phishing of email accounts.

“WADA has been informed by law enforcement authorities that these attacks are originating out of Russia,” WADA director general Olivier Niggli said.

“Let it be known that these criminal acts are greatly compromising the effort by the global anti-doping community to re-establish trust in Russia further to the outcomes of the Agency’s independent McLaren Investigation Report.”

WADA investigator Richard McLaren said in his report in July that Russia conducted a wide-ranging and state-sponsored doping programme.

As a result, all Russian athletes have been banned from the current Paralympics, while Russia escaped a blanket ban from last month’s Olympics.

But its entire athletics team, apart from US-based long jumper Darya Klishina, was banned from the Rio Games in connection with two previous WADA reports.

Russian sports minister Vitaly Mutko – speaking at the UEFA extraordinary congress in Athens, which he attended in his capacity as the president of the Russian Football Union – said: “How can you prove they are from Russia? You blame Russia for everything.

“I don’t know (where they are from), I don’t have this information,” he said.

“But we are also concerned because they have the same data for Russian athletes and we can also be a victim. No, there is no state involvement. How could there be?”

When asked about the fact that WADA has clearly said the attacks come from Russia and the hackers themselves have hardly hidden their nationality, Mutko said: “It is a bad thing the information has been hacked.”

“All the information should be protected. It’s personal data… we have data protection rules in Russia, too. If somebody hacks personal data they will be prosecuted.”

United States Anti-Doping chief Travis Tygart said: “It’s unthinkable that in the Olympic movement hackers would illegally obtain confidential medical information in an attempt to smear athletes to make it look as if they have done something wrong.”

“The athletes haven’t. In fact in each of the situations, the athlete has done everything right in adhering to the global rules for obtaining permission to use a needed medication,” he said.