And just like that, Brazil welcomed the world to the first Paralympics in South America in adrenaline-charged fashion, and Australia’s team flag bearer Brad Ness expected nothing less.

American extreme wheelchair athlete Aaron “Wheelz” Fotheringham flew down the 17m ramp and somersaulted through the air in a display aimed at shaking preconceived ideas about disability, as the Games also aim to do.

“It sends the message that we’re no different to anyone else out there,” said Ness.

“Anything’s possible, you’ve got no limitations. You’ve got to think outside the box but you can make it happen.” 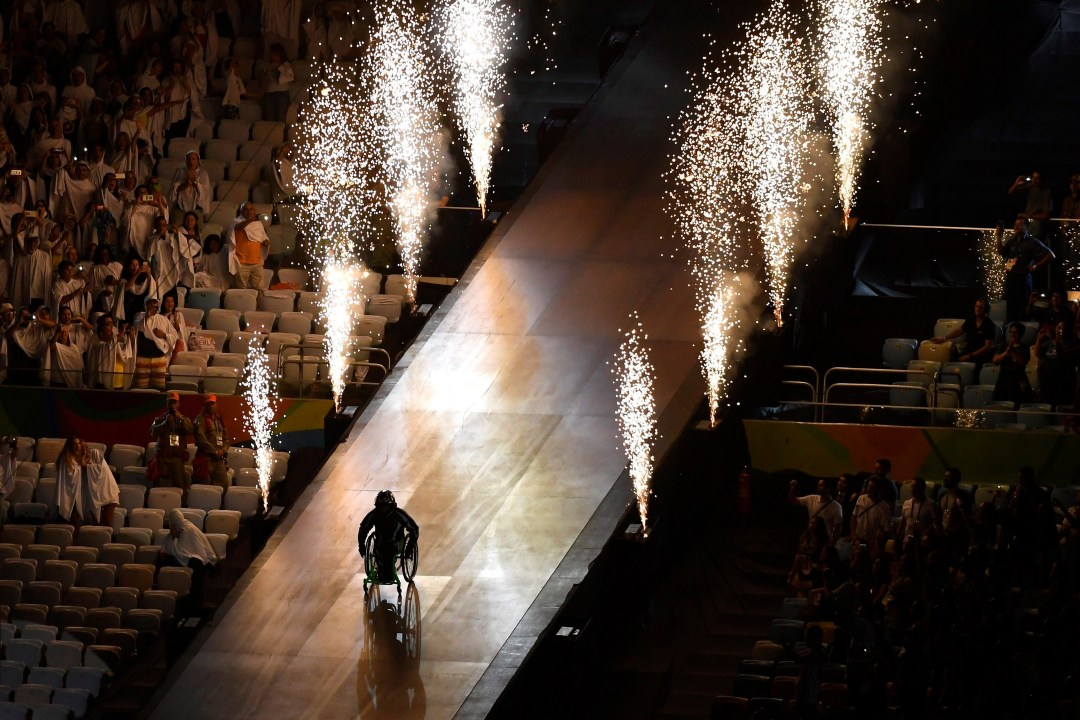 US extreme wheelchair athlete Aaron Wheelz jumps from the mega ramp during the opening ceremony of the Paralympic Games. Photo: Szilard Koszticsak / EPA

Ness, a five-time Paralympian and captain of the men’s wheelchair basketball team carried the flag for Australia in the opening ceremony this morning, Australian time.

His contingent of 90 or so rowdy athletes and officials soaked in every moment in a lap around the stadium, with looming early competition ruling out half of Australia’s team from marching.

Ness was without his Rollers teammates ahead of their opening match against the Netherlands on day one of competition.

“All the boys are back home, probably tucked up already,” he said.

“Hopefully we can make you proud in the next two weeks.” 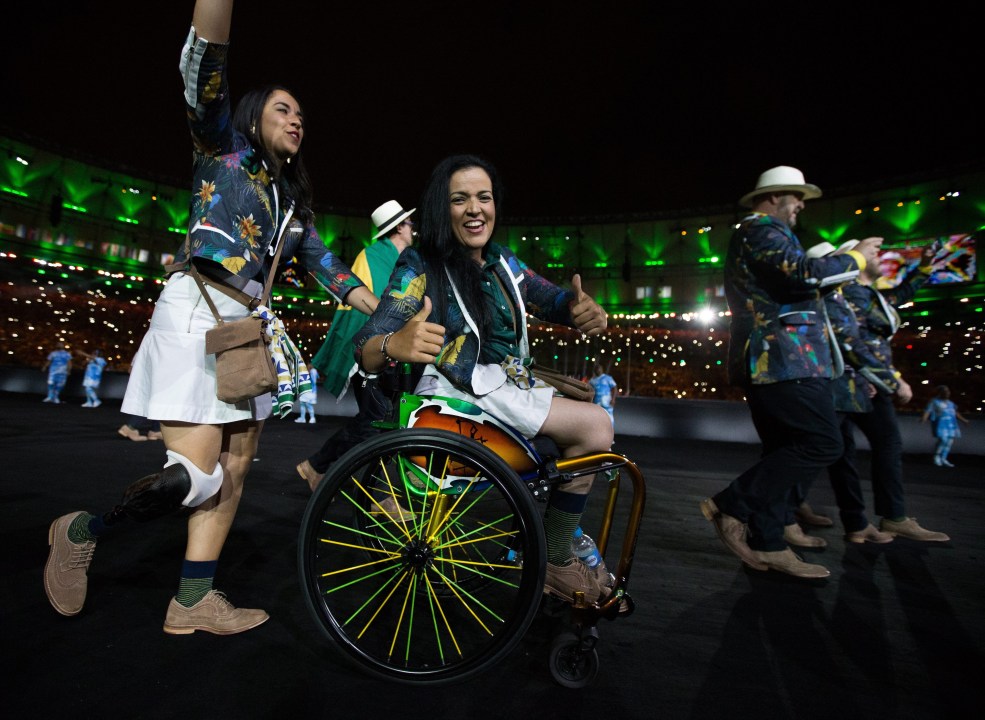 The four-hour extravaganza was low-tech in comparison to London and Beijing and had a fraction of the budget, but no-less delighted the 50,000-strong crowd.

Blinding light, a blackout and 400 illuminated canes combined to simulate the sensory experience of the vision-impaired.

An homage to the invention of the wheel doubled as the Samba circle, a Brazilian musical icon.

And there was a Samba-inspired dancing display between a giant robotic arm and American Paralympian snowboarder Amy Purdy, highlighting how technology helps people with disabilities move, compete, and groove. 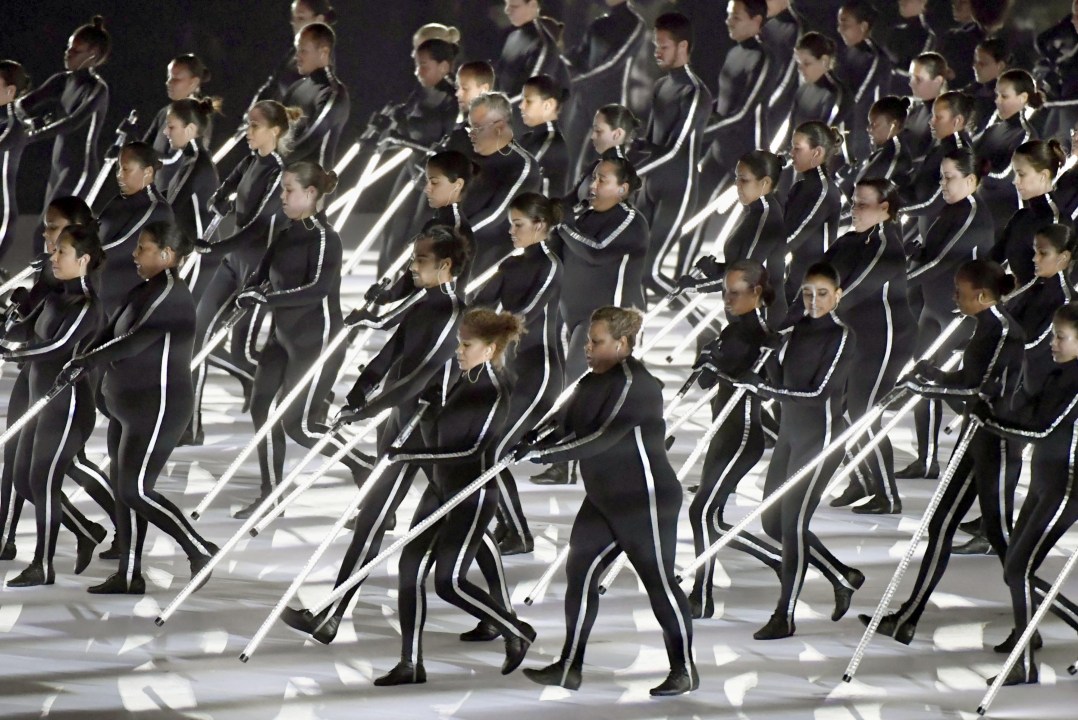 It all followed a tribute to Rio’s beautiful beaches, mountainous landscapes and the joyful Cariocas – those who live in the Marvellous City.

Brazilian Paralympian Marcia Malsar fell while carrying the Olympic torch as rain began to pour, and recovered to a standing ovation before swimming legend Clodoaldo Silva scaled four ramps in his wheelchair to light the flame.

The ceremony heralded the start of the 11-day event in which athletes from 159 countries, plus two “independent” refugee athletes from Syria and Iran, will compete for 528 gold medals over 23 Paralympic sports.

More than 4,400 athletes will contest the Games, although none from Russia, after the country was slapped with a blanket ban for state-sponsored doping.

Resounding boos greeted Brazil’s unelected acting president Michel Temer when he opened the Games, throwing the spotlight on a country battered by recession and political scandal.

However a late surge in ticket sales to 1.7 million suggest Brazilians are now getting behind the cash-strapped event, making Rio the second best-attended Paralympics behind London 2012.

As Rio2016 Olympic organising committee president Carlos Arthur Nuzman told the crowd: “When everyone else disbelieves, we Brazilians grow.” 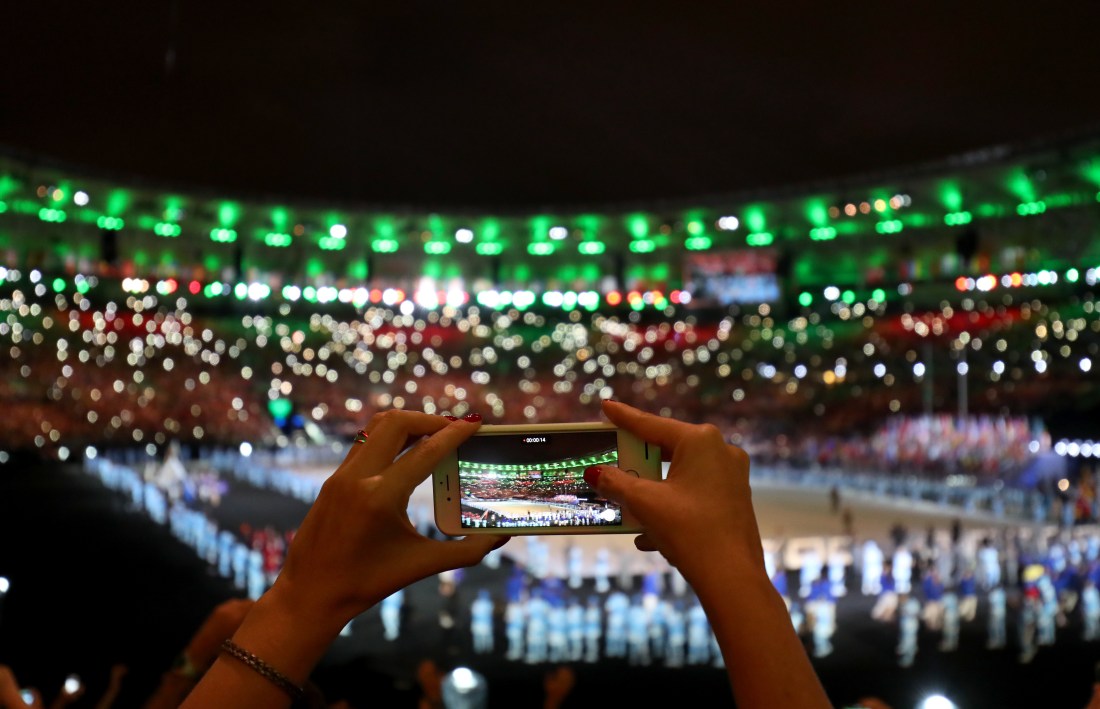