“The tone they set for the team was something that was so fresh, so exciting and so new that is just easy to go out there and thrive off the energy they gave us.”

The relay team was ecstatic at trailing behind only the winning United States team featuring the peerless Michael Phelps, now a 19-time Olympic gold medallist, and silver-medallists France.

Not so satisfied was another Australian gold medal fancy, Emily Seebohm, who just scraped into the women’s 100m backstroke final.

But Seebohm was seventh fastest qualifier for her final, while unsung compatriot Madison Wilson was fourth quickest.

“I was a lot more nervous than I should have been,” Seebohm said.

But the 100m and 200m backstroke world champion said she wasn’t fazed at starting her final from the lonely lane one.

The Australian relayers – James Roberts, Kyle Chalmers, James Magnussen and McEvoy – were in lane three for a final Magnussen termed a “crazy race”.

“It felt like open water swimming in there. There were bodies flying everywhere,” said Magnussen, whose bronze adds to his individual 100m freestyle silver medal from the London Games four years ago. 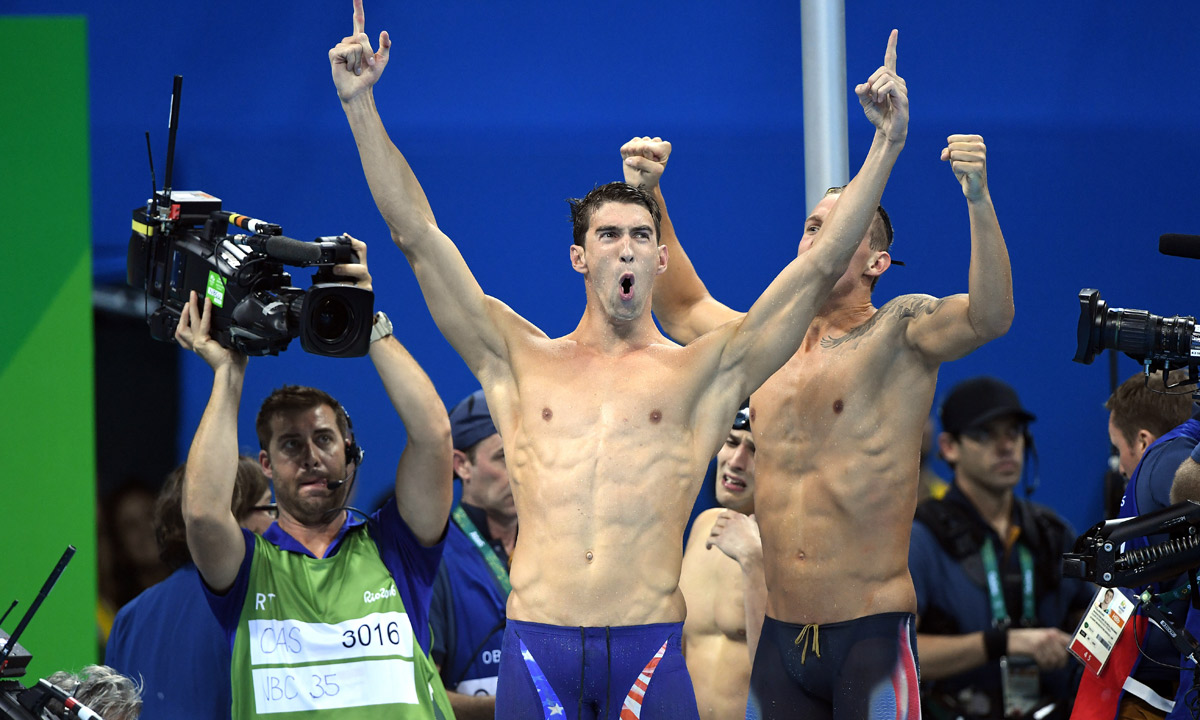 Michael Phelps celebrates the US win in the 4×100 relay. Photo: AAP

And Australia’s Thomas Fraser-Holmes missed the cut for the men’s 200m freestyle final by just 0.01 seconds.