The horse is one of the longest-priced winners in Melbourne Cup history, sweeping to the lead at the 200m before holding off a late challenge from Max Dynamite ($13).

Criterion ($13) took the minor placing after trying to make his run with the winner.

Prince Of Penzance is the fourth horse to win the race as a $101 chance.

Payne said she knew Prince Of Penzance was going to be in the race as the field headed towards the home turn.

“I got onto the back of Trip To Paris, he took me into the race.

“I was actually clipping his heels, I was going that good but I didn’t want to check him and then he just got into the straight and burst clear and it was unreal.”

Prince Of Penzance had a half length in hand over Max Dynamite with Criterion three quarters of a length away third. 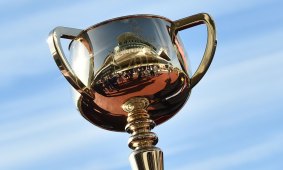 Winning trainer Darren Weir said he was hoping Prince Of Penzance could finish in the first half of the field.

“I kept saying to the owners it’s hard enough to get into the race let alone to win it. Just enjoy the day and hope like hell we can run top ten,” he said.

Asked if he thought his bolter had a chance, Weir said: “We thought we had him there in great shape and we thought we were realistically a top ten chance.”

Topweight Snow Sky finished last of the 23 runners to complete the course.

Red Cadeaux, the 10-year-old English-trained stayer which has been a three-time Melbourne Cup runner-up and a sentimental favourite with Australian racegoers, didn’t finish the race.

He reportedly suffered a leg injury and was being assessed by vets. 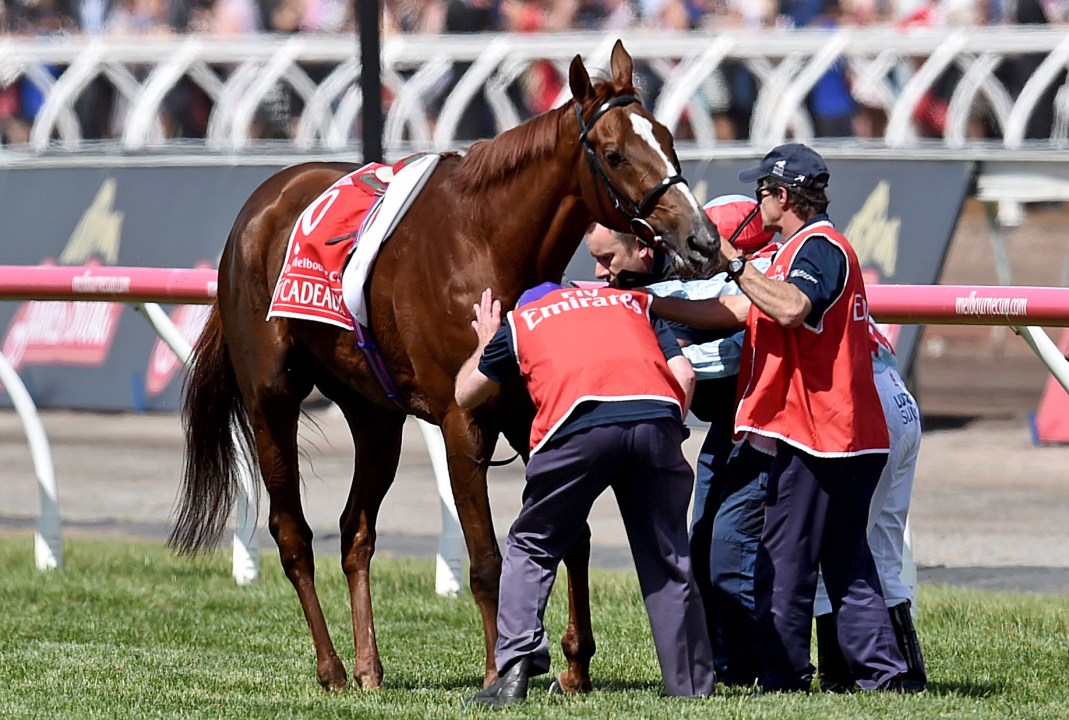 Race officials attend to Red Cadeaux after it pulled up short of the finish line. Photo: AAP

Flemington Racecourse tweeted: “We confirm Red Cadeaux incurred a suspected fetlock injury during the Emirates Melbourne Cup and has been taken to vet clinic for assessment.”

His stablemate Trip To Paris wound up fourth with fellow UK stayer Big Orange was fifth after taking up the lead from the 2000m.

Gust Of Wind, the only mare in the race, was sixth.

Japanese stayer Fame Game was sent out at $5 but never raised the hopes of favourite backers in finishing 13th.
-AAP