In our weekly round-up of South Australian footy news and characters, we report on a different kind of Anzac clash for two former Essendon players, we assess the SA under 18s squad and much more.

Former AFL players Henry Slattery and Jay Nash played their first game together for Nuriootpa on Saturday – but in one special way it was a familiar experience for the pair.

The Tigers players wore a jumper commemorating Nuriootpa’s footballers who served in the armed forces, specially designed for the Anzac Day clash against Angaston.

Back in 2008 Slattery and Nash were both mem­bers of the Essendon side that took on Collingwood in the AFL’s Anzac blockbuster at the Melbourne Cricket Ground in front of 88,999 fans.

“It was a big day, pretty daunting, much like the prep­aration for a grand final,” Slattery explained.

“It certainly is the biggest crowd I’ve played in front of.

“It is important to be calm and realise it is another game for four premiership points.”

While Slattery played in six Anzac Day clashes over his 96-game career, for Nash, who had been at the Bombers since 2005, the ‘08 game was his only opportunity in the biggest minor round game of the year.

“Actually the first AFL game I ever watched at the MCG was the initial Anzac Day match between the Bombers and Collingwood back in 1995 with dad,” Nash said.

“I was only nine, with dad (former Sheffield Shield cricketer John Nash) being a fanatical Collingwood fan, I can vividly remember that experience.

“Having been around the club for a couple of years, even being up in the stands watching, was a big and emotional experience.

“It is such an occasion – the pre-game hype is huge.

“We (Essendon) have some pretty big rivalries in Melbourne, with Carlton and Richmond, but noth­ing matches the Anzac Day clash against the Magpies.

“Being involved in ‘08, hav­ing nearly 90,000 people being silent when you hear the last post is spine tingling stuff.”

Nash made his Barossa Light & Gawler A grade debut in an Anzac Day match last year, and excelled, winning the Scott Smith Medal as the Tigers best.

Injury and availability meant that Saturday’s clash was the first time the AFL pair had turned out together for Nuriootpa.

Both Slattery and Nash have a further connection through their junior cricketing days: they first met when team-mates at the Sturt District Cricket Club.

Nuriootpa won the match by a massive 130 points.

In a classic Anzac eve grand final rematch, Norwood grabbed the points from Port Adelaide, with the clash on Adelaide Oval highlighted by a special effort by a player dropped for last year’s season decider.

He was the only multiple goal kicker in the contest.

From 10 disposals he finished with 4.2. Early in the third quarter his smother on Cam O’Shea and resultant goal was a game changer.

“I have been claiming it as a seven point play,” Persinos told InDaily.

He said the wet weather suited him, but he was speechless when his name was announced as the medal-winner.

“It is one of my best accomplishments as a player. The enormity of the award is just started to sink in.

“After the disappointment of being dropped for the grand final, I just tried to have a strong pre-season and put my best foot forward.” 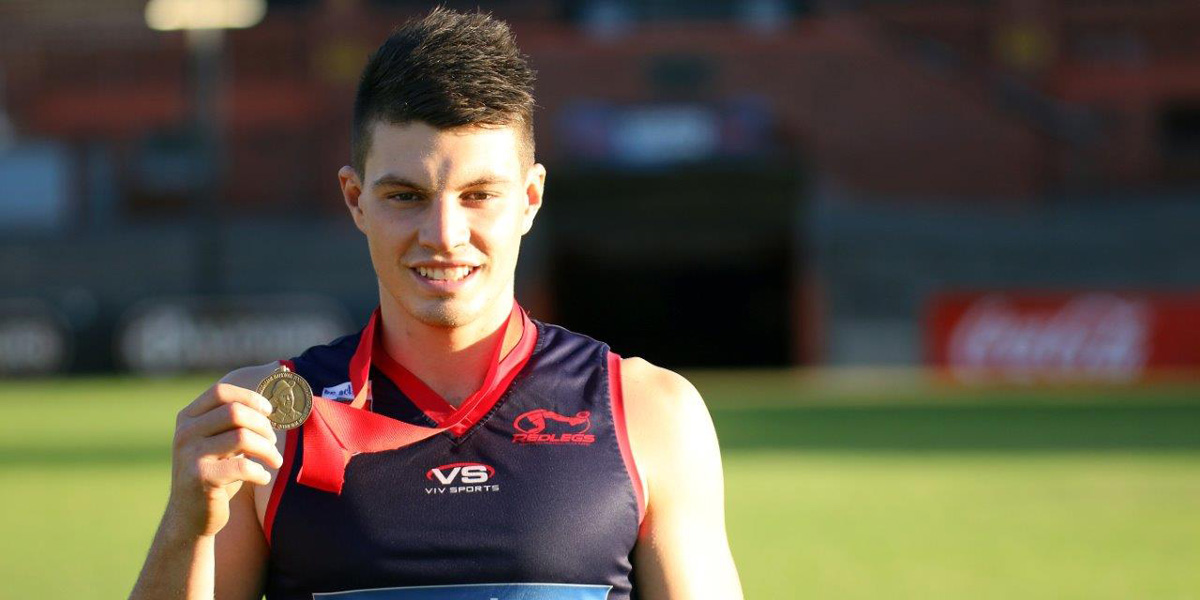 After a brilliant team effort last year on the back of their breakthrough initial national crown in 2013, the SA under 18s are hunting a third title in a row.

An Australia junior baseball talent, Matthew Scharenberg was a first round selection by Collingwood and George Hewett, from Port Broughton, is at the Sydney Swans. 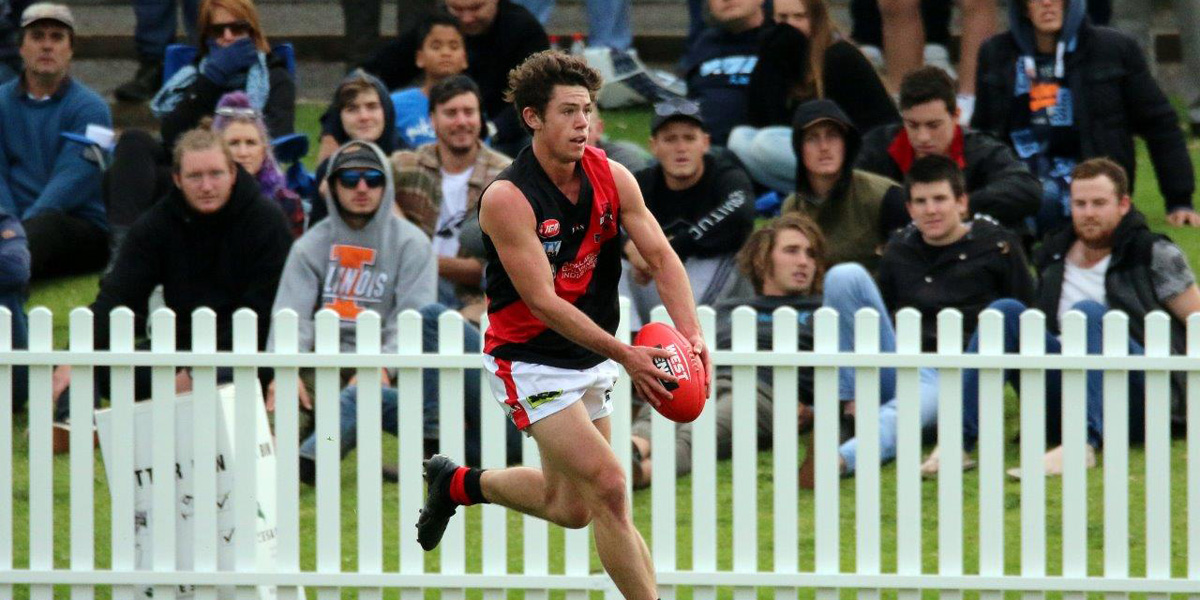 The Crows’ Kapunda recruit Ben O’Donohue and Nuriootpa’s Dylan Ribbons will long remember their SANFL debuts because of the game’s unusual completion.

A power failure in the Glenelg area caused a blackout in each of the four light towers at the Brighton Road ground with the hosts and Crows both locked away on 51 points nearly 13 minutes into the fourth quarter.

SANFL rules say a period of 30 minutes is allowed for the lights to come back on before the result of the match stands, as long as the contest has progressed into the second half.

Teams returned to their respective change rooms after the power was lost. This was at 9.19pm, and the premiership points were shared when the lights were unable to be turned back on by 9.49pm.

Adelaide’s SANFL coach Heath Younie said both Ribbons and O’Donohue put in solid first-up performances, but he was frustrated by the Crows’ start to the season.

“We could have been, at a pinch, three (wins) and zip, but now are at the foot of the table with that draw,” Younie said.

“We have dealt with injury in each game, and our rotations have been down significantly.

“We’ve been in each game and had all the momentum on Friday night kicking 3.2 to nothing over the opening half of the last term.”