Ahead of this weekend’s SANFL indigenous round, we celebrate the rich football contribution of the Graham family, who lit up the competition in the 1970s and ’80s.

Originally hailing from Narrunga land at Point Pearce on the Yorke Peninsula, the Graham clan has a rich heritage, which includes four SANFL league footballers – Michael, Phillip, Brenton and Colin.

The first was Michael Graham at Sturt from the early 1970s, while his nephews Phil and Brenton played at Central Districts.

Phil’s older sibling Colin debuted with the Melbourne Demons as a 17-year-old and played a season of league football with the Double Blues in 1985.

He was a key member of both the 1974 and 1976 Double Blues flags under the AFL Hall of Fame coach Jack Oatey and represented his state on 11 occasions, along with finishing second in the 1973 Magarey Medal.

“Jack (Oatey) was like a second father to me,” Graham said.

“There were plenty of characters in that era and once you were off the field, we were all good mates.” 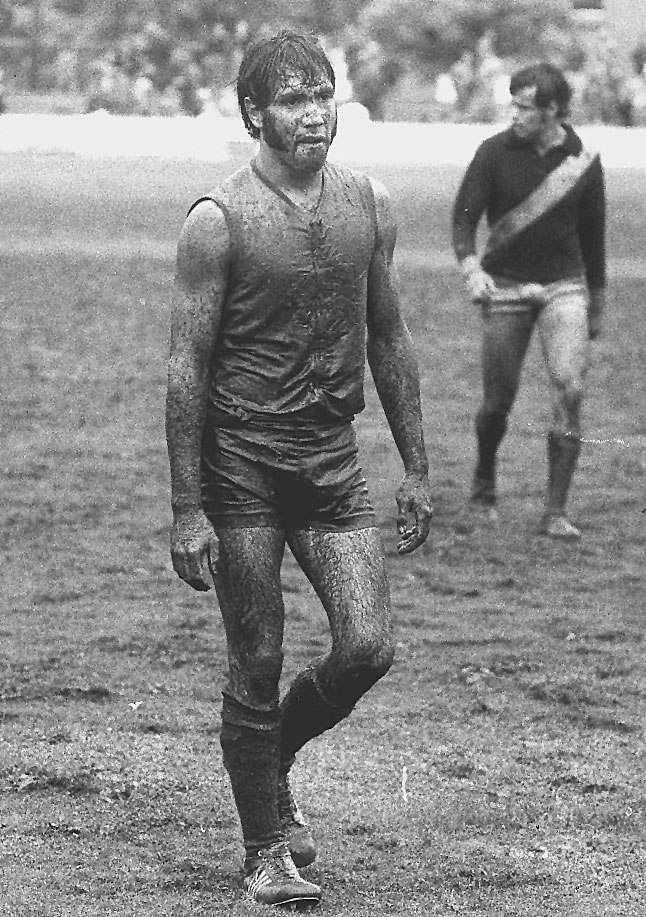 Michael Graham after a muddy day at the office in the 1970s.

Before making his mark with the Double Blues, Graham secured the 1970 Western Border Medal (association best and fairest), after having finished third in the previous two seasons with the Penola Eagles.

The half-forward flanker was nearly a full-time footballer in the 1970s. He travelled to Darwin to play in the Northern Territory Football League with St Mary’s for a number of seasons. Graham enjoyed success with the St Mary’s ‘Green Machine’ winning the competition best and fairest (the Nicholls Medal) in the northern winter of 1973-74. He collected the Chaney Medal as best-on-ground in the 1978-79 season decider, one of three Premierships he won with the Green Machine.

Graham still looks on his two premierships with Sturt as his most precious memories.

“Every premiership is a good one, but the two premierships at Unley were special,” Graham explained.

Seven-time Sturt premiership player Phil “Sandy” Nelson couldn’t believe an individual could be so quick until ‘The Flash’ arrived.

“His lightening reflexes and electrifying pace was astounding,” Nelson continued.

“He loved to take a hanger and he could kick the football – either with a 65 metre screw punt – or a precise short pass.

“A player who could turn the game and he had, as you would call it these days, X-Factor.”

Out at Elizabeth, Michael’s nephew Phil Graham had 12 seasons of SANFL league football, debuting as a 17-year-old as well in 1978.

Predominately a wingman/half forward, and lissom in movement, he clocked up 196 senior games and kicked 167 goals.

Sturt premiership player and Central District coach Daryl Hicks had a connection with three of the family – Michael, Phil and Brenton.

“I played a couple of games with Michael and when I retired he look over my wing,” Hicks, now a preacher, said.

“Phil played his first league game for me in his teens and was a quality footballer.

“Both Michael and Phillip were unique footballers, having plenty of talent and flair.

“Actually I would play Phil at centre-half-forward on (Port and Collingwood great defender) Greg Phillips.

“He would towel him up every time, with his pace and run.

Phil Graham recalled that football was always a big part of family life from the days at the Aboriginal Mission at Point Pearce on the Yorke Peninsula.

“My pop (grandfather) Cecil was a dead-eye full forward and he actually played A grade football at the Mission with his older sons Uncle “Curra” (Rex) and Uncle Tonga (Fred).

“My dad, Bradley Graham won a Mail Medal in the mid north as well.”

Phil said he crossed paths on his uncle Michael in SANFL league football on a number of occasions.

“One Friday night before a game we played cards and I wandered off to bed at a respectable hour,” Phil said.

“We I saw Michael the next day, leaning against a goal post he just said it was a late night and went out and kicked five goals. 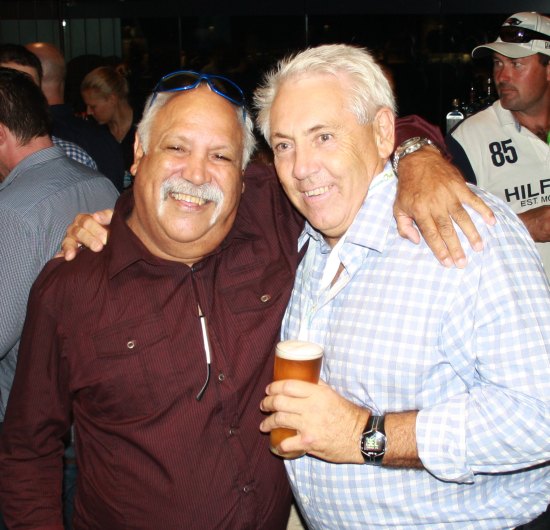 “In another game when many of the family came down to watch us play, I grabbed a screamer over uncle Michael, only to be told off by grandma, Doris, after the game.”

Colin Graham joined Melbourne from Kyabram, playing 35 games and kicked 32 goals with the Demons between 1975 and 1978.

“Colin decided to come back to SA due to homesickness,” Phillip Graham said. “He had car accident, and had 12 months rehabilitation and had to play with a helmet.”

Colin Graham had a season with Sturt in 1985, playing 15 league games.

Phil Graham retired from league football at 28 due to a lack of finals success but played in a premiership with a cousin, Wilbur Wilson (who also had a strong heritage at Port Pearce), at Gawler Central in 1991 in the Barossa, Light and Gawler Football Association.

The following two seasons as playing coach he led Brahma Lodge to their inaugural two flags in the Central Districts Football Association.