US player Christina McHale (R) and Cypriot Marcos Baghdatis (L) posed yesterday for pictures with the trophies of the Mexican Open tennis tournament which started Monday.

The male winner of the tournament receives an oversized silver pear perched on top of a black box. And to add to the giant pear, he also receives an authentic Mexican sombrero.

The women’s event has this big tennis ball, but we’re not sure about the sombrero.

It got us talking in the office about the best and worst of sporting trophies.

Here are some of them; 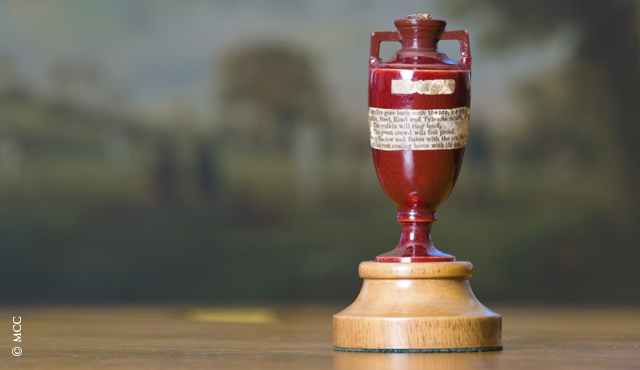 This one has to the smallest – and the most sought after in the Australian sporting context.

It dates back to 1882 when England’s cricket team lost to Australia – for the first time on home soil – at The Oval.

The following day the Sporting Times carried a mock obituary of English cricket: “The body will be cremated and the ashes taken to Australia”.

That same year Ivo Bligh captained England to victory in a series of return matches Down Under.

After one match, at the Rupertswood Estate outside Melbourne on Christmas Eve 1882, Bligh was given a small terracotta urn as a symbol of the ashes of English cricket that he had travelled to Australia to regain. It’s believed to contain the ashes of a cricket bail.

On the same evening, Bligh met his future wife – Florence Morphy – a friend of Lady Janet Clarke, a governess at Rupertswood.

Bligh always regarded the urn as a personal gift and it stayed on the mantelpiece at the Bligh family home in Kent – until he died, 43 years later.

At his request, Florence bequeathed the urn to Marylebone Cricket Club, the keepers of the Laws of Cricket.

The tiny, delicate and irreplaceable artefact resides in the MCC Museum at Lord’s.   In the season of 2006-07 the urn formed the centrepiece of the MCC Ashes Exhibition, which visited seven museums in six Australian states and attracted over 105,000 visitors. It’s the last time that the Urn left Lord’s.

Next up is this interesting piece of bathroom hardware. 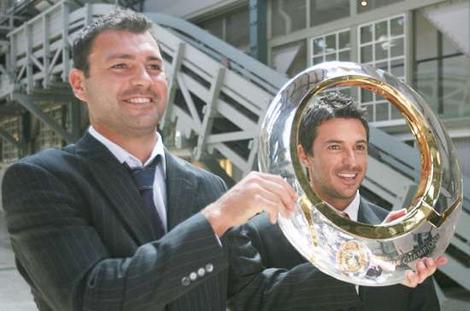 This trophy is known among fans of the A-League as “the Toilet Seat”.

In 2008 the Football Federation of Australia announced it as the winning design from a competition to find a trophy that embodies the world game.

“The aim has always been to develop a trophy that is both prestigious and enduring, but also differentiates the Hyundai A-league competition from the other sports,” the FFA’s John O’Neil said at the time.

It certainly did that.

Clive Solari of D3 design explained it thus: , “We looked to history to see how great achievements have been rewarded across all types of games for thousands of years.”

“The winners of the world’s original sporting competition, the Olympic Games, were presented with a laurel wreath on their heads. We used this model as a basis for a unique, cutting-edge design – our trophy is a modern and versatile translation of the wreath. The winners can hold it above their heads as a symbol of success and the design means it can easily be passed from player to player.”

It’s just that when players hold it above their heads, it looks like a toilet seat.

At least they can get their hands on it – unlike this one. 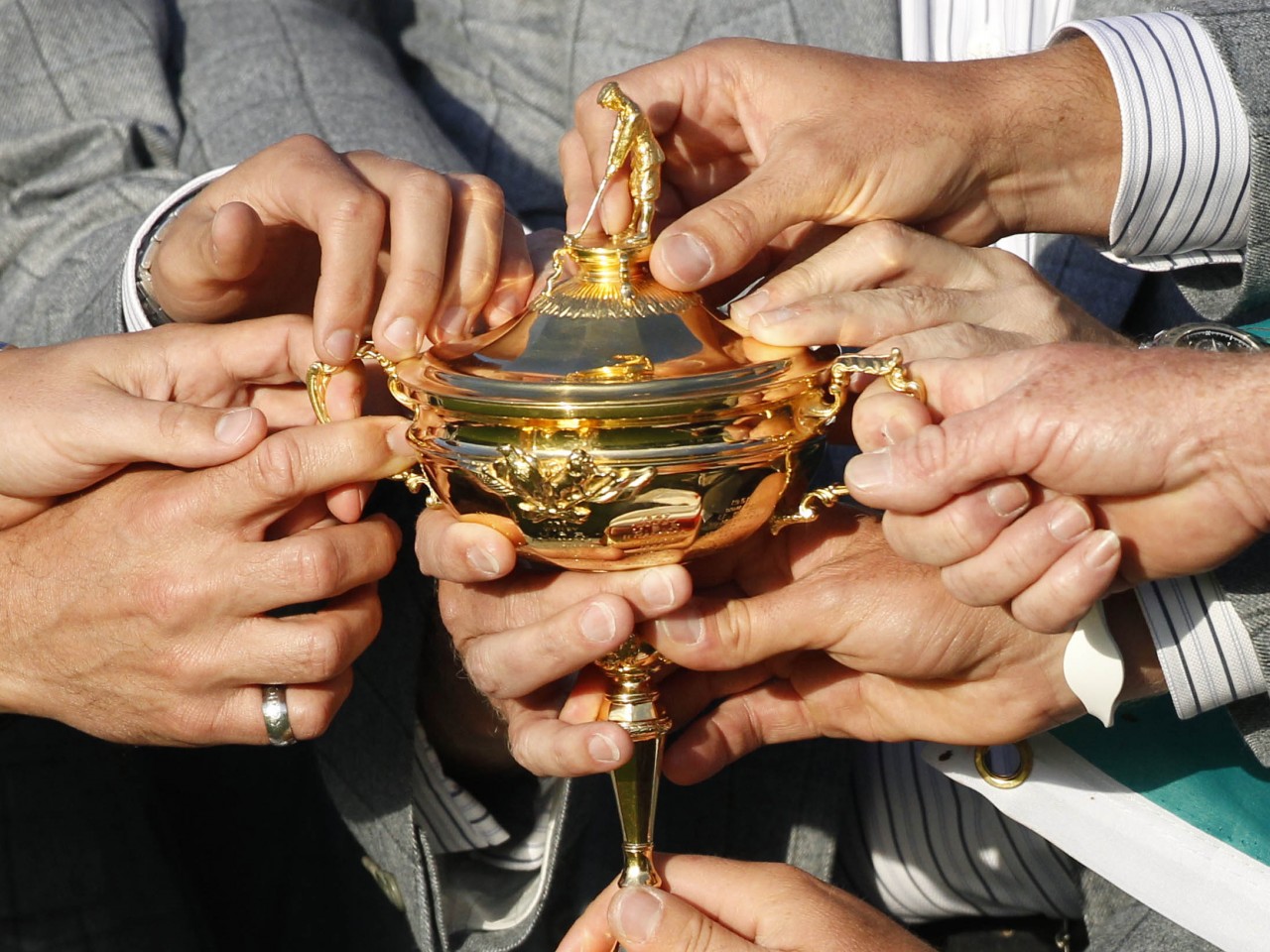 Golf’s Ryder Cup is played every two years as a men’s golf competition between teams from the United States and Europe.

It’s a quality piece, but hard to get your hands on. 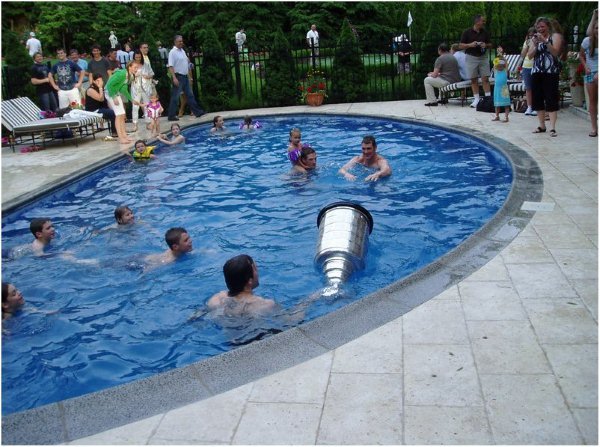 The Stanley Cup is the National Hockey League championship trophy.

It dates back to 1892 as the Dominion Hockey Challenge Cup, later named in honour of Canada’s Governor-General Lord Stanley, whose sons and daughters were hockey players.

It’s usual practice to take the trophy with you for a few weeks as your team celebrates, as shown by the effort above which is the opposite of how The Ashes urn is treated.

It’s almost as big as this super-sized wedding cake lookalike. 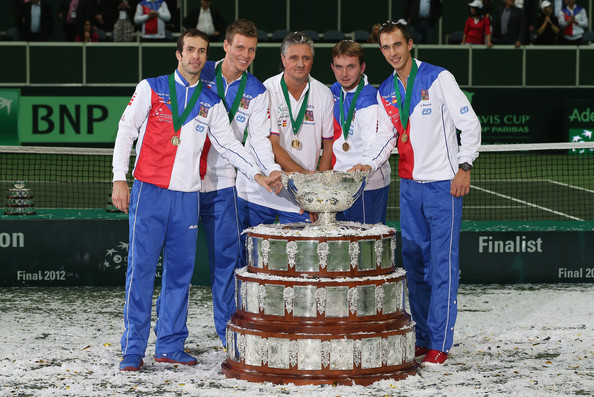 The Davis Cup  was conceived in 1899 Harvard University’s tennis team which challenged their British  counterparts to a tennis competition.

One of Harvard’s players, Dwight Davis designed the tournament format and bought a trophy from a local silverware company for US$1,000.

The Cup is now the trophy for tennis’s international teams competition. The players names are engraved on this ever-growing trophy.

The AFL’s St Kilda coach and captain, however, didn’t seem so keen on having their names on this NAB Cup night footy trophy; 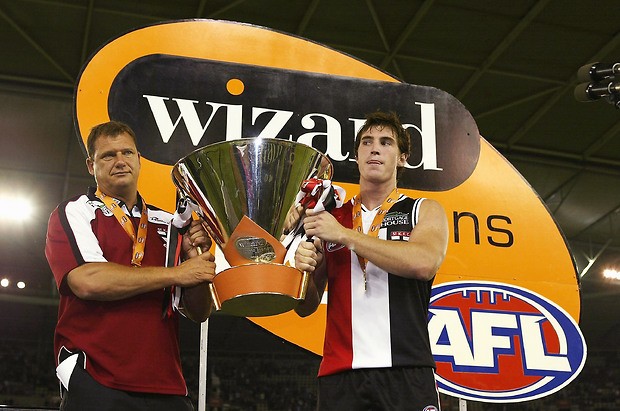 This next trophy fits the description of “Best and Worst” 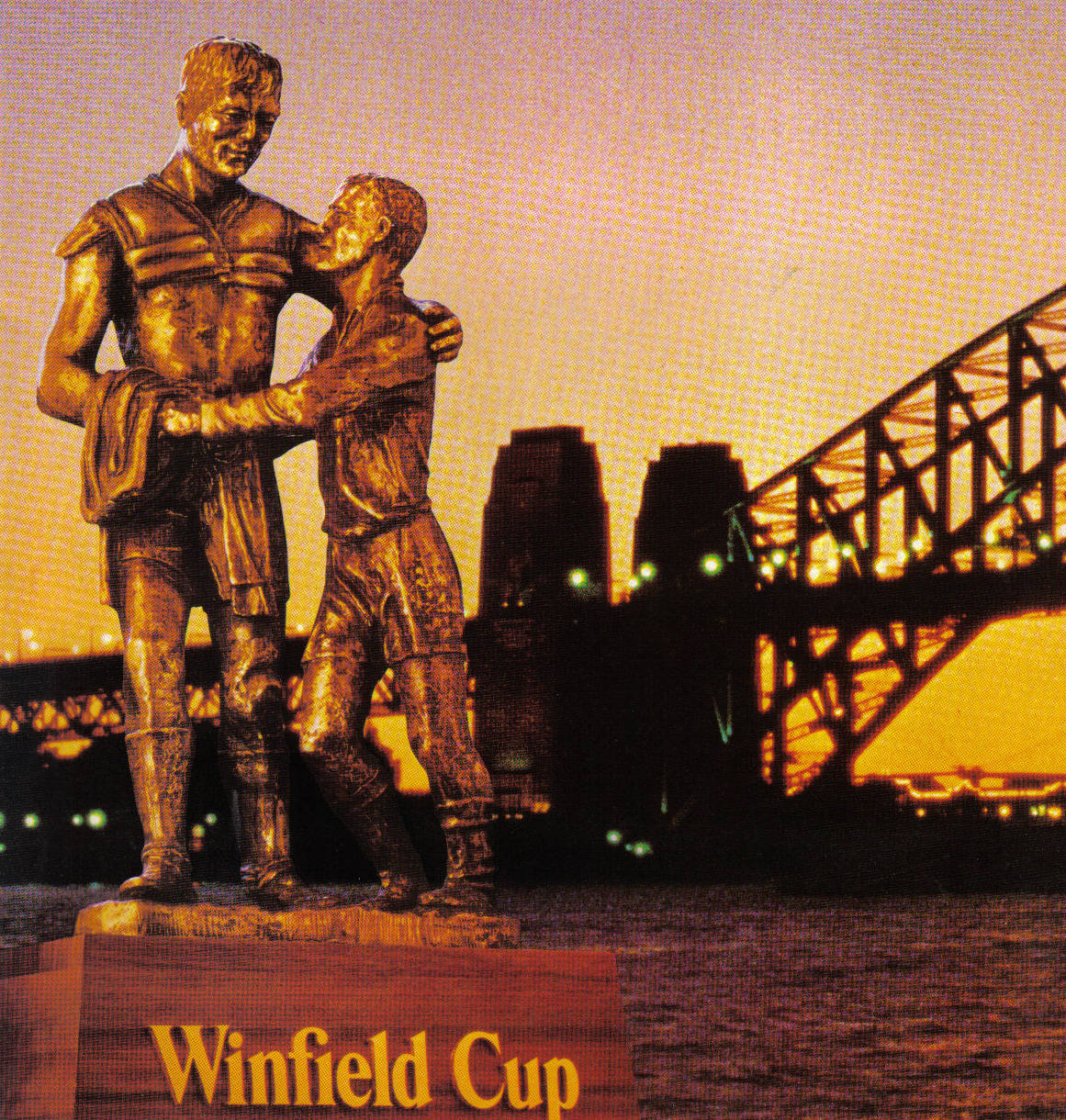 It’s now known as the Provan Summons Trophy, as it features the historic embrace by opponents Norm Provan and Arthur Summons at the Sydney cricket Ground after the 1963 Grand Final.

Its message of triumph, courage and sportsmanship on a muddied pitch is one of the most enduring symbols in Australian sport.

Their sculptured image, carved from the photo by the late Fairfax photographer John O’Gready, has been a feature of every Premiership trophy since 1982.

Unfortunately, through the 80s it sat atop the prominent name of NRL sponsor, cigarette brand Winfield.

Which leads us to our final two trophies – and absolute shockers they are.

The first is this one, which is perhaps more of a photographic angle issue; 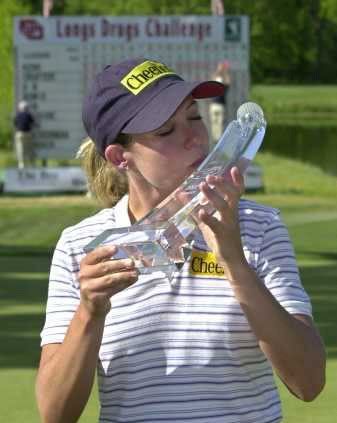 The pic has ensured that the event sponsor, Longs Drugs, has received ongoing exposure for 12 years.

And finally, here’s why you would never want to place third in the US National Guard Combative (or maybe you do?).

The prone boxer’s right leg suggests that this trophy wasn’t mean to look like it does.