Architectural wonder in the Hills

A state-of-the-art property in the Adelaide Hills owned by Hannah Michell, of the Michell Wool family, and her husband David Gilbert, is on the market under new agents Sotheby’s International Realty.

While Sotheby’s is not releasing dollar figures, the unique five-bedroom home is expected to fetch upwards of $5 million.

Roger Wood, of well-known Victorian-based firm Wood Marsh Architecture, designed the home which is set on 26,286 square metres, and according to Sotheby’s agent Grant Giordano the property “stands largely alone in Adelaide as a symbol of contemporary 21st century living”.

The home won the South Australian Institute of Architects Architectural Award for 2018 in the New Home category. Other features include arabescato marble bench tops in the kitchen scullery, SA-sourced Mintaro slate walls in the living room and polished concrete flooring throughout with underfloor heating. Another features is the custom built Lacanche stove, hand built in France.

“The impact and importance of a vision such as 14 Williams Road, manifest here in South Australia, is difficult to measure now, but will undoubtedly echo across the housing landscape for quite some time,” Giordano says. “In a traditional market where housing stock has remained largely homogenous in terms of design, due to conservative outlooks realised by the practice of imposing heritage controls on old creations and limiting re-development options by ensuring refurbishments conform to prior street precedent, 14 Williams Road stands largely alone in Adelaide as a symbol of contemporary 21st century living.

“Although the owners of the property have thoroughly enjoyed raising their family in such a magnificent Hill’s home, the time has come to move onto other projects and let another family experience all this property has to offer.”

GO HERE TO SEE A FULL GALLERY OF IMAGES.

Du Plessis estate on the market

A more traditional Adelaide Hills estate is also on the market, belonging to the Du Plessis family, who established the Du Plessis Antique Fine Art and Auction house.

Media personality and former Crows captain Chris McDermott and wife Jo are selling their Norwood home, which will be bulldozed to make way for two new luxurious abodes.

The upmarket project is being undertaken by Finesse Built, and one of the two 510 square metre blocks has already been sold. The buyers are local businessman Tristan Bond, founder of Healthcare Business Consulting Group and wife Melissa Colombo.

The site is at Sheldon Street, close to The Parade, so there is expected to be keen interest in the remaining house and land package.

Chris McDermott says the home was originally two maisonettes but the couple knocked out walls to create one big home when their now-teenage twins Fraser and Harper were born.

Leaving the house is a sentimental move for Jo, whose grandparents originally owned the home and her mother grew up there. McDermott says while Jo has a strong attachment to the place, they agree it’s time for a change. They are still on the hunt for their next property and want to stay in Norwood or towards the Hills, close to Pembroke College, where the boys will go to school next year.

“We’ve been talking about moving for five or six years now, and it’s just time,” McDermott says. “The dog runs around on concrete outside, there’s not a lot of grass, and we’d like a pool.

“People look at this place and we’ve got two full kitchens, two bathrooms, two laundries, four bedrooms, and they think we’re mad to move, but we just need something different now.”

A College Park home that was to have a four week advertising campaign prior to auction has sold in three days without any open inspections.

The property in the exclusive suburb is at 8 Harrow Road and the sale was handled by well-known Adelaide stockbroker turned Elders Real Estate agent Wesley Legrand.

Legrand has been at Elders for just six months and while he won’t talk dollar figures on the sale of the property, he will say it was one of the most expensive residential home sales by Elders in Adelaide over the past decade.

“I think the advantage I have over career real estate agents, coming from a finance and corporate background, is at the negotiation point with prospective buyers, which I believe is the single most important part of selling a home – getting the best possible price for your vendor, that is, your employer,” says Legrand. “I anticipate many more like this [sale] with the work I am doing in the eastern suburbs, where I also live.”

The vendor of the 1885c bluestone villa, Annie Duncan, has spent the past four years overseeing a meticulous renovation to the family home under the guidance of heritage architect Sally Young. However, there is still more to do with council approval in place for a large extension to the rear of the home. 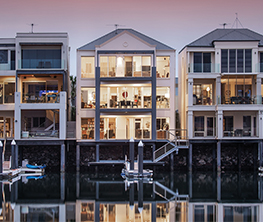 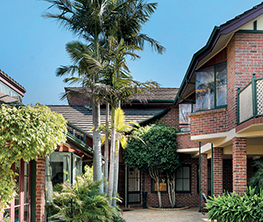 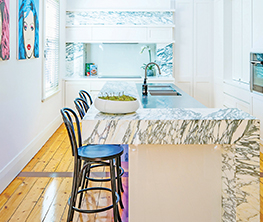 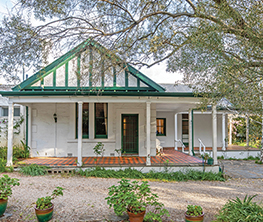 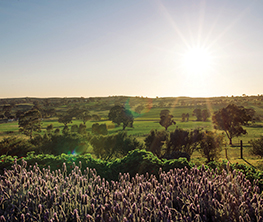 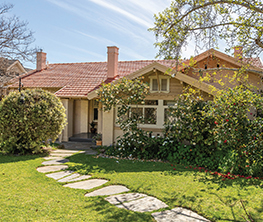 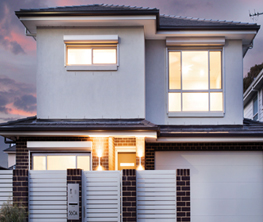 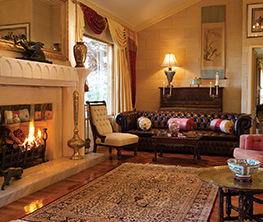