“As a group, I think we were probably just too young and too foolish to recognise the barriers that were in our way and let them be barriers,” Tony Clark says of the values that drove him and his co-founders to set up the visual effects company Rising Sun Pictures (RSP). 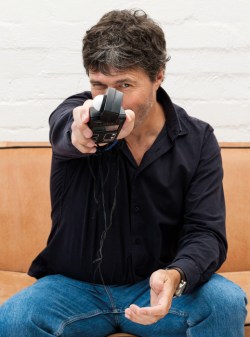 “We had an incredible amount of persistence and we have maintained that… we had a collective sense of purpose around what we were doing.”

RSP is named after the Rising Sun Inn in Kensington where, according to its website, “the first board meeting was held over a Coopers Ale on a Chesterfield”. In the 23 years since, it has won and been nominated for numerous awards and worked on more than 100 films, including Hollywood blockbusters such as Thor: Ragnarok, Gravity, the X-Men films, The Great Gatsby and The Hunger Games.

In the podcast interview below with The Message Pod‘s Nicole Haack, Clark reveals what is most important to him and speaks about the volatility of the film industry, the rapidly-evolving world of technology, the importance of incentives in attracting post-production work to South Australia, and the things that keep him awake at night.

He also explains why, as a business employing around 200 staff in Adelaide, Rising Sun Pictures is “like a construction company”.