Not so long ago, my brother Frank had a house in beautiful, lower Pasadena.

Not the Pasadena that’s 18 kilometres northeast of downtown Los Angeles, but the Pasadena that’s a lazy 10-kilometre drive south of the Adelaide GPO. Frank lived in the part of the suburb that was bordered on three sides by the constantly rebadged Daws Road High School, now Springbank High, the old Repat Hospital and the Centennial Park Cemetery.

He said it was the perfect spot because you could get “edikated, medicated and cr-e-e-e-mated” without leaving the suburb.

Every time I drive down Daws Road with a load of metal for the recycling centre, I think of Frank’s catchphrase for Pasadena. Just like “Start the car, start the car”, or “Not happy, Jan”, it’s stuck like glue.

So, here’s my question. Why can’t the nation that gave the planet Kylie Minogue, the wine cask, Aunty Jack, the bionic ear, the Bee Gees, penicillin, Norman Gunston, the stump jump plough, Dame Edna, nuclear fusion and the first atomic bomb, come up with a simple COVID advertising message that sticks like glue? We’re meant to be an artistic, creative superpower. How hard can it be?

One of the most effective public health slogans ever created, one that has saved possibly hundreds of thousands of Australian lives, was a mere three words: Slip, Slop, Slap.

Norm got an entire nation off its collective bums with just four words: Life. Be In It.

We’re rolling into the third year of the COVID pandemic and it’s not possible to recite one simple, clear, punchy message from either our state or federal governments to help us safely navigate COVID.

These are the same governments that spend hundreds of millions of taxpayers money every year promoting themselves under the guise of “public education” campaigns.

The newly-minted Malinauskas Government rolled out a lavish TV advertising campaign promoting its first budget seven weeks ago, with the sole aim of promoting itself under the guise of “public education”.

It is almost as though our leaders are in a collective state of denial over a pandemic that is refusing to do the convenient thing and go away.

In brief, fasten your seat belts folks, we’re in for a wild ride.

On March 22, three days after the state election, SA Health released modelling with an estimate of expected cases as well as adult hospitalisations, taking into account “the lifting of density restrictions, increased activity around the festival season, and the more transmissible BA.2 variant”.

Looking back now, it proved wildly optimistic and about as on the money as the Reserve Bank’s dodgy interest rate forecasts last year.

It showed we could expect a second wave in mid-April of around 8000 daily cases. The accompanying graph estimated that by about now, estimated hospital cases would be bumping along at pretty close to zero.

“Thanks to the high rate of vaccination in the community, we expect hospitalisations in the next wave to peak at 200, similarly to what we saw in the first wave,” SA Health said.

Armed with this, on March 25 Premier Malinauskas announced the home isolation period for COVID-positive South Australians would be slashed to seven days and the compulsory mask mandate would be scrapped.

Neither the modellers, nor the Premier, could have known just how explosive the new BA.2 variant and its little variant friends would prove to be in a community that was finally given permission to let its guard down. COVID is running amok. Even our super-cautious, masked-up, vaxxed-to-the-max Chief Public Health Officer, Professor Nicola Spurrier, has come down with COVID this week.

Our public hospital system is groaning under the weight of cases. On Wednesday, SA hit a new daily record of 4774 new cases, with 323 patients in hospital and 11 in ICU. A grim tally of 22 deaths was recorded, including “catch-up” deaths recorded from coronial examinations.

On the same day, SA Health released its latest modelling, warning that because the Omicron BA.4 and BA.5 variants are relatively new “there is most certainty around the fact that we will be having another increase in cases in South Australia (a new wave) but less certainty about the height of the wave and when the peak will occur”.

In brief, fasten your seat belts folks, we’re in for a wild ride.

Our state and federal governments strenuously deny they’re following a “Let it Rip” policy with COVID, but it’s starting to look like that’s just what they’re doing. 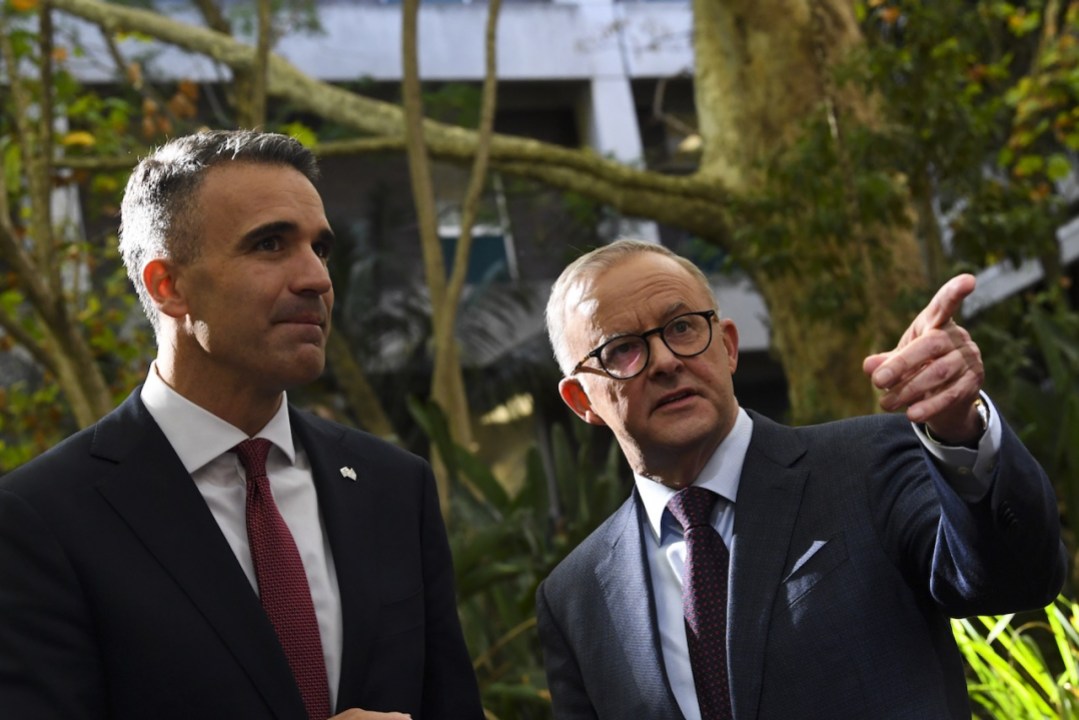 Prime Minister Anthony Albanese and his Health Minister, SA’s Mark Butler, were mugged by the state premiers in last week’s national cabinet meeting when they were forced to backflip on extending COVID leave payments.

The Malinauskas Government continues to resist reintroducing mask mandates, one of the most unpopular restrictions imposed by the ousted Marshall Government.

The number of fully vaccinated South Australians – those who’ve had their third jab – remains inexplicably stagnant, at just over 70 per cent.

In early May, Health Minister Chris Picton trumpeted a $2 million “advertising blitz” targeting the recalcitrant 28 per cent. Hands up anyone who remembers anything from this alleged blitz. Anybody? Thought not.

The coronavirus is, as Nicola so rightly dubbed it, tricky. It keeps changing the rules. It’s what viruses do.

But we know three things for certain.

Vaccination won’t stop you from getting COVID but rolling up your sleeve for a fresh jab greatly reduces your odds of being hospitalised or dying.

The virus hates fresh air and sunlight, so opening windows, or driving with the air con set to outside air, works wonders.

Why can’t we have an “advertising blitz” that creates an unforgettable mantra around these three points, one that sticks like Tarzan’s Grip, one that becomes part of our national narrative?

Come on all you highly-paid advertising smarty-pants. Where the bloody hell are ya?

Matthew can be found on Twitter as @kevcorduroy. It’s a long story.