But it wasn’t telling in the sense that it is, indeed, time to end the scourge of factional dynasties in the SA Liberal Party; or even that it’s particularly radical or edgy to say so.

Rather, it was a significant admission because it was precisely the same observation another former Liberal leader made on coming to the office – 15 years ago!

When Martin Hamilton-Smith first became Leader of the Opposition (15 years ago this week, in fact) he was quick to note the symbolic break from the “factional fiefdoms” that had controlled the party (or not, as the case may be) for the preceding generations.

He had a point: the leader he knocked off, Iain Evans, was a star of the Right faction whose Dad Stan had preceded him in his seat of Davenport. The same seat, or what was left of it after successive redistributions, that last month fell to Labor in the Malinauskas wipeout.

Iain’s deputy – and Hamilton-Smith’s, until she challenged him in the wake of the ‘dodgy documents’ saga – was Vickie Chapman, whose father Ted was a Tonkin-era minister and moderate mainstay who vacated his seat of Alexandra (now known as Finniss, which almost fell to a largely unknown independent last month) to facilitate the parliamentary comeback of Dean Brown before the State Bank election.

For history buffs, Brown had previously held Davenport, but had lost his seat to Stan Evans, who was running as an independent after a failed preselection challenge, prompted by a boundary redistribution shifting swaths of his former seat of Fisher (which later turned independent after incumbent Bob Such left the Liberal Party, and fell to Labor by nine votes in a 2014 by-election after Bob’s death) into Brown’s electorate.

All of which essentially summarises the perpetual history of SA politics: a malaise of inconvenient redistributions, internal bickering, jaded independents and, ultimately, Labor winning all the seats.

Indeed, the strangest thing about it all is how readily its protagonists appear to forget the lessons they have personally endured.

What, for example, possible rationale could Isobel Redmond have had for berating victory-bound ex-Liberal Dan Cregan days before a poll in which her party’s best (and only, and ultimately forlorn) hope of victory was to convince crossbenchers to back them in?

The same Redmond whose own leadership followed Hamilton-Smith’s initial demise – weakened by the documents own-goal, but hastened by the unnecessary loss, in a pointless by-election, of the notionally Liberal seat of Frome to then-low-profile Pirie mayor Geoff Brock, who is now serving his second ministerial stint in a Labor cabinet.

Redmond, whose successor Steven Marshall lost the following election with 53 per cent of the statewide vote, when the Libs could muster just 22 seats to Labor’s 23 – with the balance of power residing in those same two seats, Fisher and Frome, that should have been comfortably ensconced on the Liberal side of the pendulum if they’d simply managed their internal affairs more competently.

So, yes, well might David Speirs say it’s time to move on from the factional dynasties – but how, and with what?

If anything, the observation merely underlines how unsuccessfully the party has managed to end its internal wrangling and power struggles.

The so-called ‘Dream Ticket’ of Evans/Chapman proved more of a nightmare, failing after little more than a year and only serving to prove how difficult factional détente was to sustain.

Marshall’s frequent boast to have ended the factional fights was predicated on what was in effect the nuclear option – not by reasoned cooperation but by effectively wiping out the conservative Right as a parliamentary force.

This mission was aided by some conspicuous own-goals by particular individuals, but the Premier was equally conspicuous in his haste to cut them adrift – in a manner that he notably failed to do with Chapman when it was her turn to stumble. 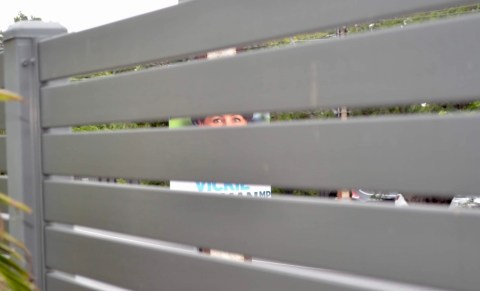 Chapman kept a low profile during the subsequent campaign.

And while he used the weeks before the election to concede this was a mistake – bizarrely declaring as some sort of election pitch that if he won he’d be certain to elevate more Right-wingers to cabinet – in truth, there are almost none left to appoint.

In the lower house, from where the vast majority of frontbenchers will be plucked, there are now only five MPs that would be broadly grouped with the conservative group – three of whom, including Speirs himself, publicly make a virtue of their factional independence.

The remaining 11 MPs are considered firmly in the moderate camp.

When you factor in the Legislative Council – where the Right carries five votes to the moderates’ three, thanks largely to a brief period of conservative dominance in the party’s state council, during which the Upper House ticket was elected – the balance shifts a little. But not to the degree that you could say anything other than that the moderates run the parliamentary party.

There are a few things we can read into the events of the past week from that, then.

Either Speirs has been given assurances from key party moderates that members of the Left will support him for leader against their own factional dynastic protégé Josh Teague, or he’s a complete political ignoramus.

To be clear – he isn’t a complete political ignoramus. 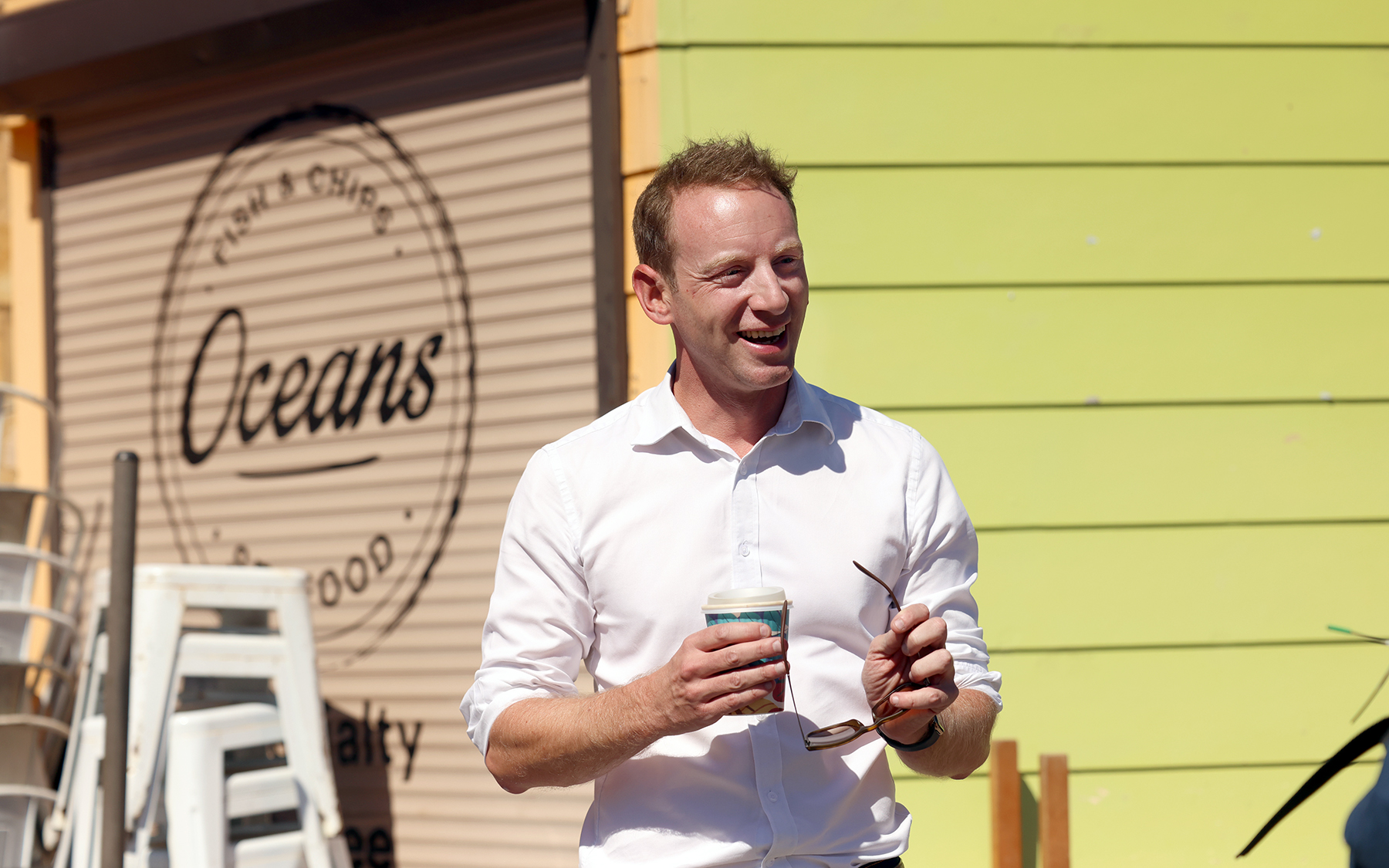 Which means, if he fails to win – the party’s dominant faction has made a concerted choice to assert its authority.

But if he does win the leadership, it won’t be in spite of the factional hegemony – it will be with its blessing.

Does that mean he will be given the licence to embark on the broad, and necessary, party reform he has flagged in his public utterings this week?

If so, it will be the clearest concession since Marshall rang to congratulate Malinauskas around 8.30pm on election night last month.

Nick McBride, the third – and least likely – candidate in this leadership contest, has been unequivocal about the need for a new direction.

So has Speirs, both internally and now publicly.

Teague, a principled fellow and noted follower of due process, has chosen to remain publicly silent, saving his campaign pitch for the 23 other MPs who’ll be voting.

Speirs spoke yesterday of renewal, of encouraging more women and young people into preselections – but conceded a structural problem with those ballots determined predominantly by the will of local branches, a democratic point of which the party is often proud, except when it consistently yields such poor candidate outcomes.

The aspiring leader said the issue may be not with the democratic model, but with the degree of diversity among local branch members and attendees.

He says the party must do much more to encourage participation, and broader membership engagement – a point echoing a piece penned on this very site by former Liberal staffer Chelsey Potter this time last week.

But no-one wants to be the leader who spends their time in the wilderness fighting internal reform battles; necessary as they may be, apart from Tony Blair, few leaders are ever rewarded for challenging the status quo of the party machine in Opposition.

Especially when they lead at the whim of that status quo.

Shortly after Speirs publicly railed against “factional dynasties” yesterday, Chapman fired off a tweet – conspicuous, if nothing else, because it was the first time she had tweeted this year, and the first post she had actually authored since October 27!

In 2006, when running for Deputy, a senior MP said he couldn’t support me because I was “too young and inexperienced”. I was 48, had 20+ years running my own legal practice, a barrister, the Party’s President, & sat on boards. Can’t help but reflect on that conversation now.

“In 2006, when running for Deputy, a senior MP said he couldn’t support me because I was “too young and inexperienced”,” Chapman reflected.

“I was 48, had 20+ years running my own legal practice, [been] a barrister, the Party’s President & sat on boards. “Can’t help but reflect on that conversation now.” 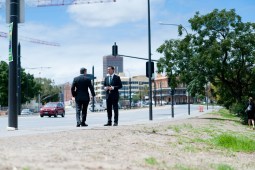 It prompted a flutter of speculation about what had prompted her to break her Twitter silence: a slap at the party’s enduring failure to preselect and elevate women, leadership-campaign-fuelled nostalgia, a farewell salute, or a sharp rejoinder to the implication she got where she did via dynastic succession.

If nothing else, though, it seemed to send a clear message to Speirs, 37.

And whether intended or not, it was a clear throwback to a previous time an aspiring Liberal leader spoke of moving on from the factional feuds – 15 years ago.

So yes, if Speirs wins on Tuesday, it will be no mean feat – but it will still be the easiest task facing him in the next four years.