He sheepishly explained the oversight the next day – he got emotional talking about his parents, slipped over the segue intending to round back to it, and then clean forgot.

But there was another notable name he could have thanked that night, and didn’t.

Jay Weatherill, his predecessor as Labor leader, and the man he helped install in the role when he infamously paid a visit to Mike Rann in 2011.

But it was Weatherill’s 2018 campaign that helped lay the groundwork: by saving enough furniture that Labor didn’t enter the political wilderness demoralised and divided. 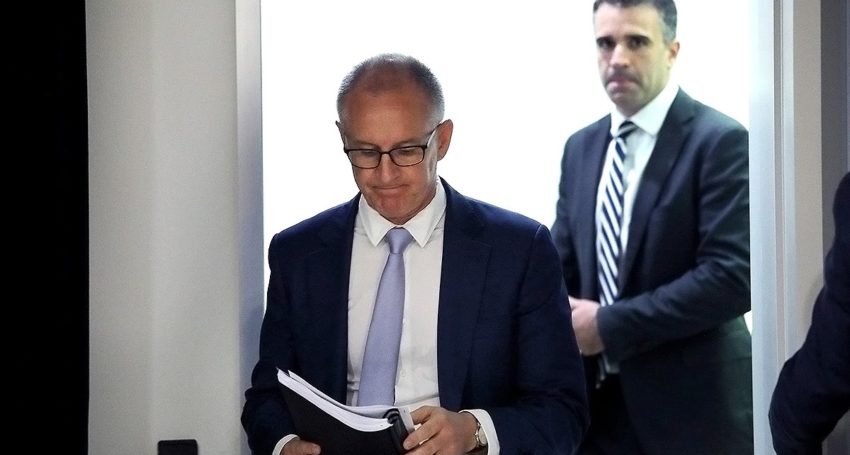 After 2018, the ALP held 19 seats to the Libs’ 25. One of those, Florey, was always a safe Labor seat, but the party’s mismanagement of Jack Snelling’s preselection challenge to incumbent Frances Bedford had seen her quit the party and hold the seat as an independent.

So, effectively 20 to 25 – the Libs took power after 16 years of Opposition with just one more seat than the minimum required to form government.

And then, over the ensuing four years, managed to lose three of those 25 to the crossbench.

Sure, there were circumstances that can’t be sheeted home to the former Marshall administration.

It’s hardly the Premier’s or party’s fault, for instance, that Sam Duluk behaved, as a magistrate later described, like a “drunken pest” at a 2019 Christmas Party and acted in a way that would later see charges laid, of which he was ultimately acquitted.

Nor can the Government, as such, be blamed for the misuse of parliamentary entitlements charge hanging over Fraser Ellis – although, given the number of MPs caught up in the country members allowance scandal at its zenith, I’m reminded of the Oscar Wilde line about the difference between misfortune and carelessness.

What the party can reflect on, however, is that its immediate response to the Duluk scandal was so poor that Connie Bonaros – the SA Best MLC so wrongly ‘pestered’ by the then-Waite MP – determined her best course of action was to press charges.

Or that once those charges had been dealt with, it deliberately prevaricated about his future, forcing his hand to run as an independent: a decision that has now seen the vote in his formerly safe electorate of Waite splinter such that the Labor Party will hold the seat for the first time.

As one insider put it to me at the time: “This strikes me as straight-out war on the part of the moderates.”

“Sam has brought on his own demise, but the terms of that demise have been quite clearly factional,” they said.

“He’s given the ammunition for them to mow him over with a tank.”

Or, as another said this week: “The Libs have blown a safe seat because the moderates didn’t like Duluk.”

And there’s the rub: the Libs didn’t take the prize of entering government as a reason to end their decades-long factional war. Instead, they chose to escalate it – the moderates seizing on their parliamentary numbers to try and expunge the conservative element altogether.

In effect, government was the sideshow; the real prize was control of the party.

And now they have it, in that ironic way it has always played out for them in SA.

The kings and queens of a ruined empire, reduced to smouldering rubble by a politically-savvy opponent and their own ineptitude. 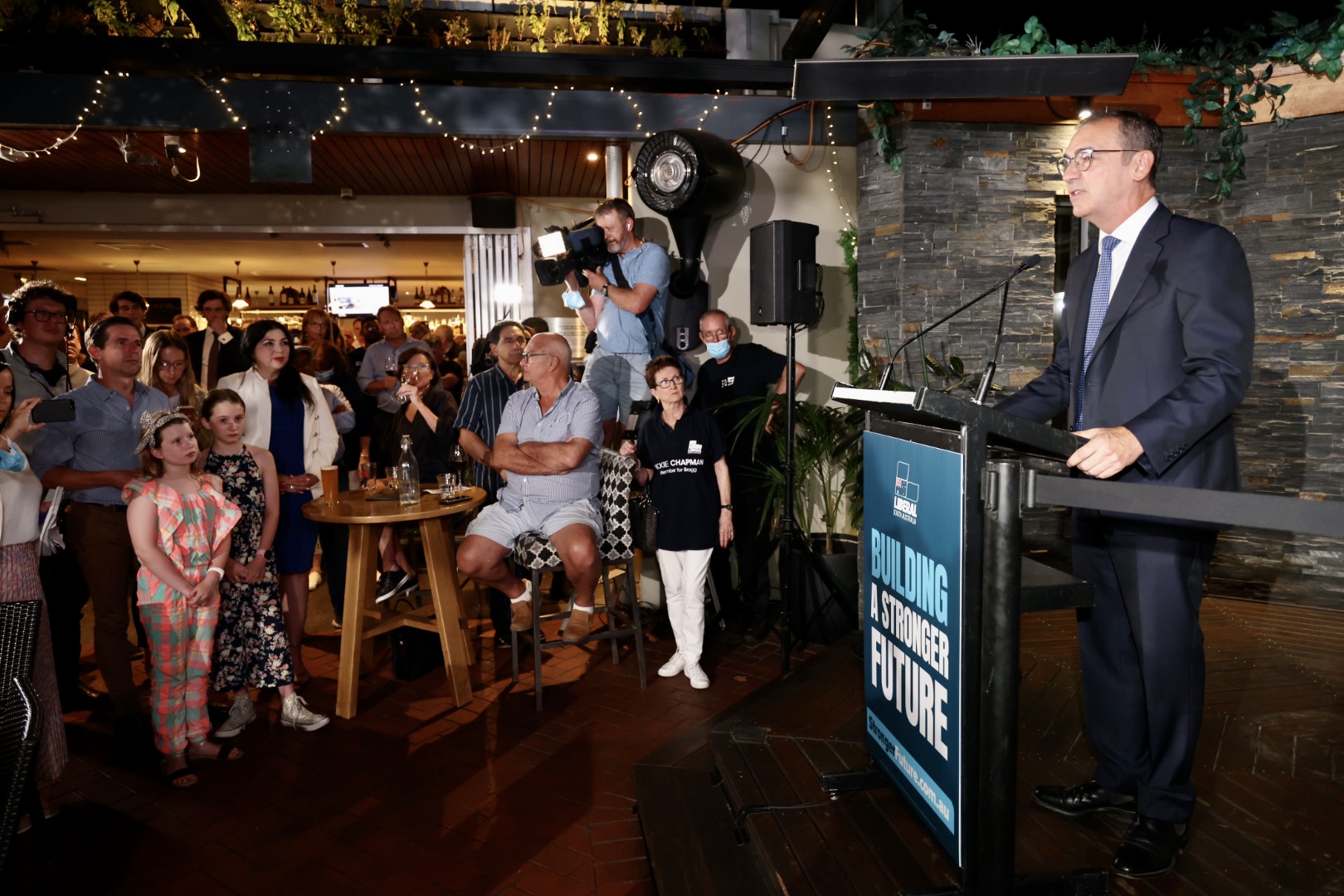 And the results suggest it is as much the latter as the former.

For Labor didn’t merely win this election: the Liberals lost it. And almost certainly the next election too, while they’re at it.

For they didn’t just cede a swath of metro marginals to Labor: they conceded ample ground in a heap of safe regional seats to local independents – reducing fortresses such as Flinders, Hammond and Finniss to marginals.

The Liberals’ safest seat – and one of their only safe seats – is Mackillop, held by Nick McBride, who as recently as last September was publicly contemplating quitting the party.

Thus, they’ll need to fight the 2022 election on multiple battlefronts – without the advantage of being in government, and without the war-chest of donations that tend to flow when donors believe their money is being spent wisely (if Malinauskas follows through on one of his pre-election pledges, political donations will be banned in any case).

Labor yesterday swore in 15 new ministers – an indulgence, to be sure.

But by stark contrast, the Libs will be lucky to have more members than that in the entire House of Assembly: and given it’s pointless assigning more than two or three shadow ministries to the Upper House – and assuming ex-leader Steven Marshall intends to flee to the backbench – the party will be hard-strapped to find frontbench talent.

It will need to plumb the very depths of a talent pool that doesn’t appear to run deep.

Moreover, the factional tensions remain unresolved – amid simmering anger that key moderates continue to peddle the narrative that the Marshall Government was destroyed by Omicron.

But a very different narrative is being spruiked by factional opponents – who say the problem was not merely the COVID outbreak after the bungled border reopening, or even the lazy and lacklustre campaign… but the government itself.

After 2018, key Libs were being hailed (by themselves, mostly) as political geniuses, having utilised data analytics as never before to target tailored messages at voters in must-win seats.

Before the polls closed on Saturday, Labor strategists were nervous: all reports were that Marshall’s inner sanctum remained bullish about their prospects.

It’s just that, from all their own focus group research, the ALP insiders couldn’t work out why.

One told me that either the Libs had outsmarted them in a way that they still couldn’t comprehend, or the Opposition was on its way to victory.

It was, of course, the latter. 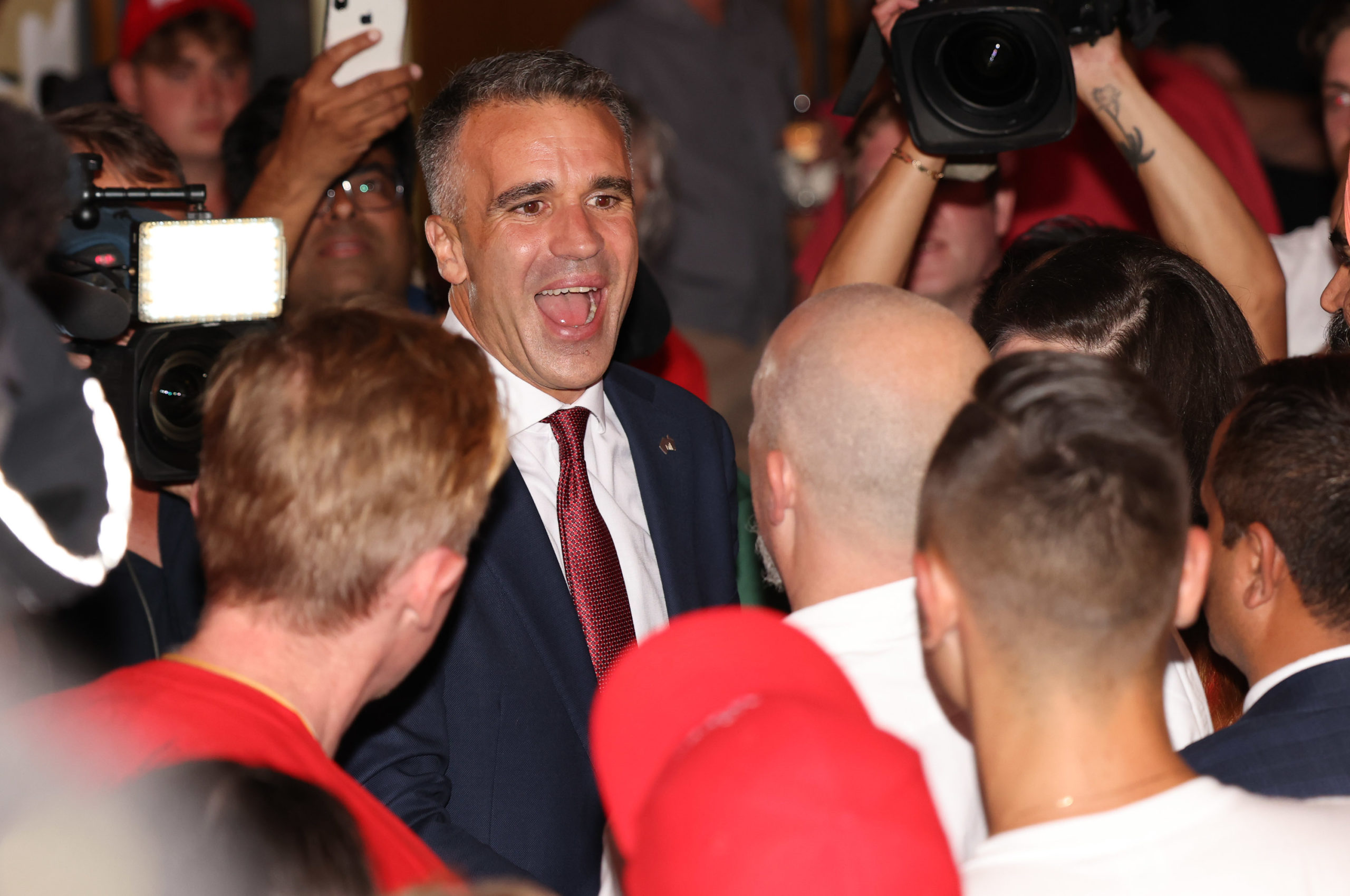 And in the aftermath, Marshall’s 2018 victory looks more and more like some lucky confluence of timing and relative competence than the dawn of a new era of political campaigning.

“A bad campaign loses marginal seats, and loses support – but a bad government loses everything,” one said today.

The Right blame the moderate-dominated state party directorate and their factional allies in the Premier’s office – although it appears that version of history is currently being hotly disputed in party circles.

“I don’t know if they’re capable of acknowledging the magnitude of the failure,” one source tells me.

“They took total ownership of the government and the campaign – they need to take responsibility for effectively just wiping out a generation of the Liberal Party.”

And, of course, while an Opposition party is working through internal traumas that are at once raw and deep-seated, it is not doing what Oppositions ought to be doing: listening to the electorate and talking to prospective voters about its plans and policies. 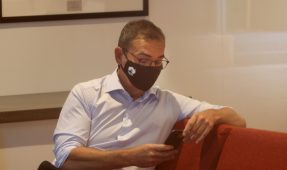 RICHARDSON: A disaster of the Government’s own making

This was a fate Labor managed to avoid when it was thrust into the wilderness in 2018.

So while Malinauskas didn’t thank Jay Weatherill on Saturday, he probably should have (at least for the former Premier being a prominent but inadvertent link in the first COVID cluster after the border reopening that kickstarted the Omicron-fuelled backlash).

But it will be a long time before a future Liberal Premier gets to pay homage to his predecessors – and it appears unlikely Marshall’s name will be mentioned.