Politics is all about timing, as the well-worn cliché goes.

Steven Marshall has, generally speaking, timed his run in government to perfection.

That is, if you’re in the ‘governing during a global pandemic is a Great Thing’ camp.

But, of course, we’ve seen around Australia time and again that incumbents during the coronavirus era have been returned – and in the case of Western Australia returned so emphatically that the Liberal Party was reduced to a minor partner in a Nationals-led Opposition of just six MPs.

So while it certainly has its challenges, politics in the Age of COVID-19 has certainly favoured the party in government.

Which stands to reason – it’s a bit like when the work-from-home edict went out last year, and all of a sudden all those extraneous noises in our collective lives were immediately silenced.

For me, the litany of extra-curricular activities to which I had to remember to ferry my children on any given day were all of a sudden shut down, as our family’s focus shifted solely to adjusting to that strange new reality.

That situation, I guess, was a microcosm of what was happening in domestic politics.

Suddenly, all the issues that tend to dominate the news agenda were thrust into the background, if not forgotten entirely.

Which means, for an Opposition, that there’s not a lot to talk about.

But 2021 is proving different to its much-maligned predecessor.

While COVID rages on worldwide, locally it has settled into its political niche.

Perhaps it’s fatigue, maybe just a greater understanding of what living with COVID entails, but there appears to be a renewed interest in the life of the state BC (beyond coronavirus).

Which is why issues such as voluntary euthanasia have once again found their way to the forefront of public debate. 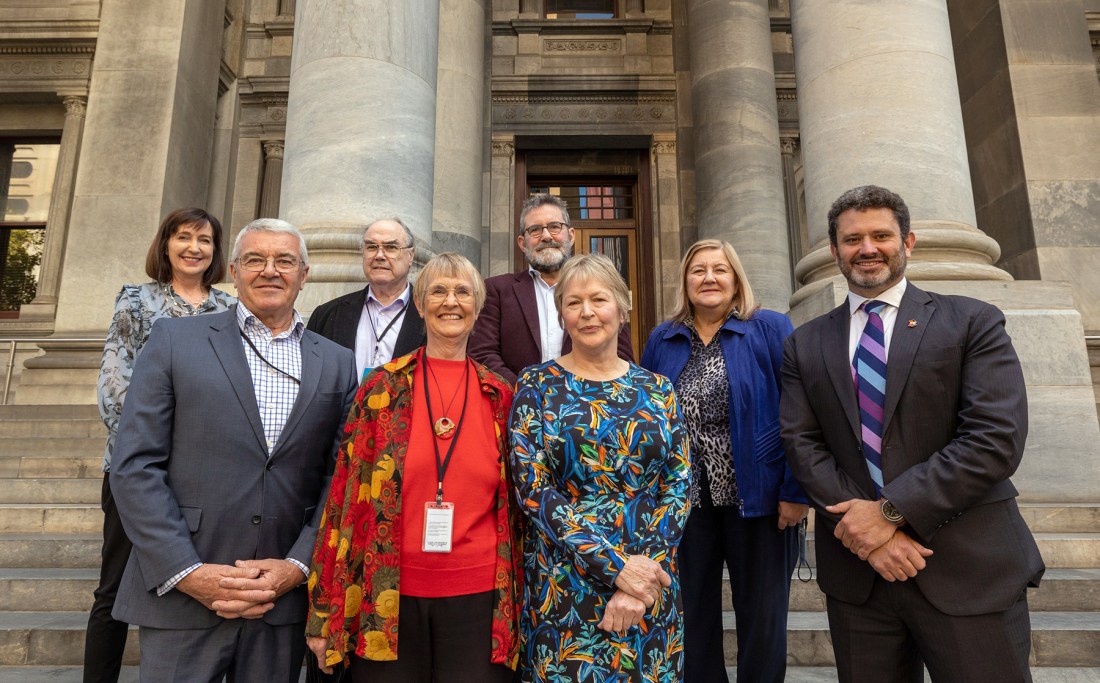 Current and former MPs and supporters who have attempted to legalise euthanasia. Photo: Tony Lewis / InDaily

Voluntary Assisted Dying legislation, whose passage through the House of Assembly became an unfortunate own-goal for Marshall in the past few days, elicits strong responses in the community, both for and against.

Yet, successive polls suggest that euthanasia is supported by a strong majority of South Australians.

That’s as may be, but every MP is entitled to vote according to their own conscience and belief on the Bill – as indeed they should.

And as, indeed, many of those who don’t support the introduction of voluntary euthanasia have pointed out, it’s important that their voices aren’t silenced in the debate.

That, in essence, was what prompted last week’s party-room rebellion by a motley crew of mostly (but not merely) Right-aligned MPs, incensed that the Premier had unilaterally announced that the legislation would be fast-tracked by debating it in the time allotted for Government Business.

This was seen as the latest in a series of moderate-faction snubs to not merely the views of the party’s conservatives, but to their right to properly present those views in the due process of parliamentary debate.

After all, we’re less than 12 months before an election, and while the euthanasia Bill is sponsored by Labor MPs in both houses, what better way to take some ownership of it than to effectively label it Government Business?

“Ultimately that’s a decision for the Premier – we control the Government agenda,” he said on Friday – presumably not employing the Royal Pronoun, but it’s entirely possible.

However, at some point over the weekend the penny dropped that he is actually the leader of a minority government these days, and actively encouraging internal dissent may not be the wisest move less than 12 months out from an election.

So, the euthanasia Bill will be debated in private members’ time, and will pass parliament – presumably after the traditional marathon late-night sitting – sometime next month.

It already passed the Upper House last week, when Marshall’s Treasurer Rob Lucas was among the minority who voted against it.

“I just don’t believe in euthanasia,” Lucas told ABC Radio after the vote.

“My position hasn’t changed, and whilst my position was a majority for most of the duration of my parliamentary career, in recent years I’ve had a minority position.”

He noted “I know it’s not shared by many in the media and many in the community”, but reiterated that “I’ve got a preference for keeping people alive for as long as they can and that’s just been my view”. 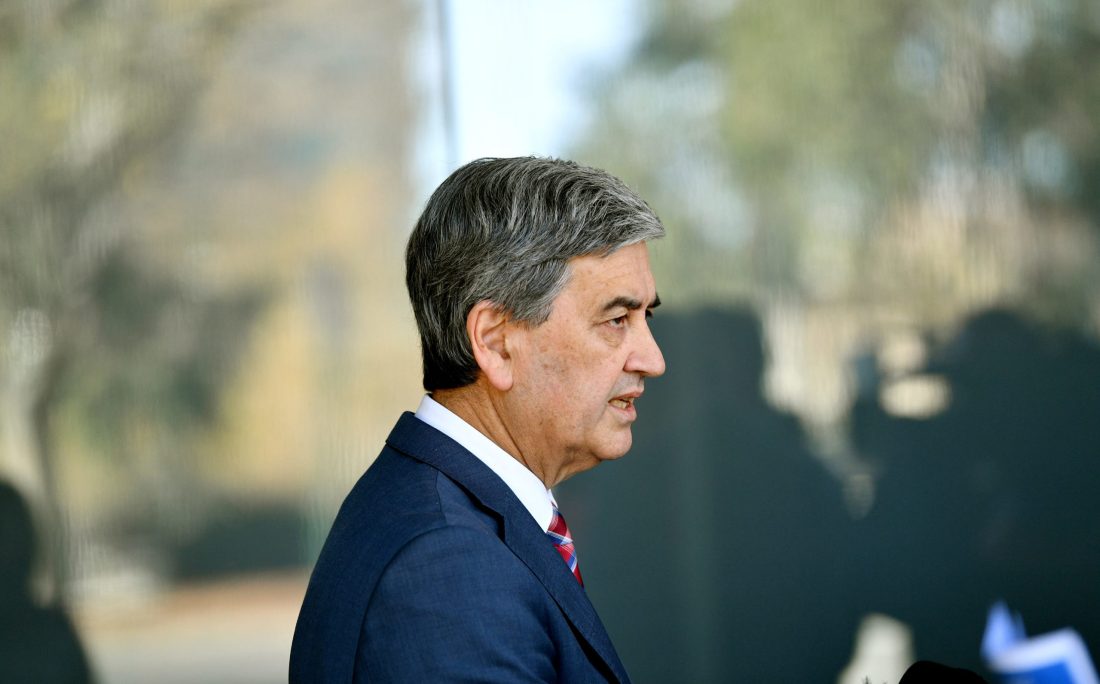 Lucas also has a view about shop trading hours.

And similarly, it’s a view he’s maintained during his many years in parliament.

In fact, the zeal with which the Marshall Government has pursued the deregulation of shopping hours is no doubt driven by Lucas’s determination to deal with his political bugbear before he retires next year.

But, you know… politics is all about timing.

As the well-worn cliché goes.

And in a week dominated by parliamentarians’ determination to have their proper say on a euthanasia Bill that they acknowledge more than three quarters of South Australians want passed, maybe it’s not the best timing to push the whole ‘shop trading deregulation should pass because it’s popular’ angle.

But, sure enough, Lucas chose that very week to launch his latest gambit in the eternal battle for more flexible shopping hours: a parliamentary bid for a referendum on the subject.

In the face of a political roadblock in the Upper House for his reforms, a poll of the people was necessary, he argued, because: “We know that sensible shop trading hours reform has overwhelming public support.”

Unfortunately for Rob, the same MLCs who blocked his reforms in the first place also get to vote on his referendum, which means the launch of his latest offensive went about as well as that rocket launch in Koonibba last year.

Personally, I’m sympathetic to the arguments for deregulation.

I’ve occasionally found myself on a Sunday morning, preparing to host a lunch and finding myself short of a crucial ingredient – and having to wait until 11am for the local supermarket to open.

And sure, that’s a bugger.

But it’s not life and death.

Moreover, while Lucas has maintained the rage on deregulation for his decades in parliament, the world around him has kinda moved on.

These days, we have this newfangled thing called ‘the internet’, which means if I want to shop for something in the middle of the night, I can – and without leaving the house.

So while the added convenience of deregulation would be nice at times, it’s not the burning issue it was in the 1990s – and perhaps isn’t worthy of the state’s first referendum since that same era.

Still, the real purpose of this week’s renewed shop trading push was as much about politics as it was policy.

Which was evident when the Liberal Party’s social media channel created a meme depicting Labor leader Peter Malinauskas as a ‘puppet’ of the shoppies union.

Malinauskas, of course, was previously the boss of the shoppies’ union, so the argument seems to be that he’s a puppet of an organisation he used to run.

But in any case, the morning after Marshall was forced to kowtow to a handful of pissed-off rebel MPs seemed an odd time to be asking questions about who runs political parties.

A bit like Lucas and his ‘we must respect the majority’ call for a referendum, while opposing the majority’s views on euthanasia on deeply-held principle.

The timing is all off.

And, as the well-worn cliché goes, politics is all about timing.