Once upon a time, Port Adelaide Football Club’s demand to take over the public reserve adjacent to Alberton Oval might have raised a ripple of complaint in the nearby suburbs. But times change.

Just as the Adelaide Football Club found its desire to relocate to the city parklands thwarted, PAFC’s plan for expansion to meet its commercial needs will not simply be accepted in silence, or without opposition. 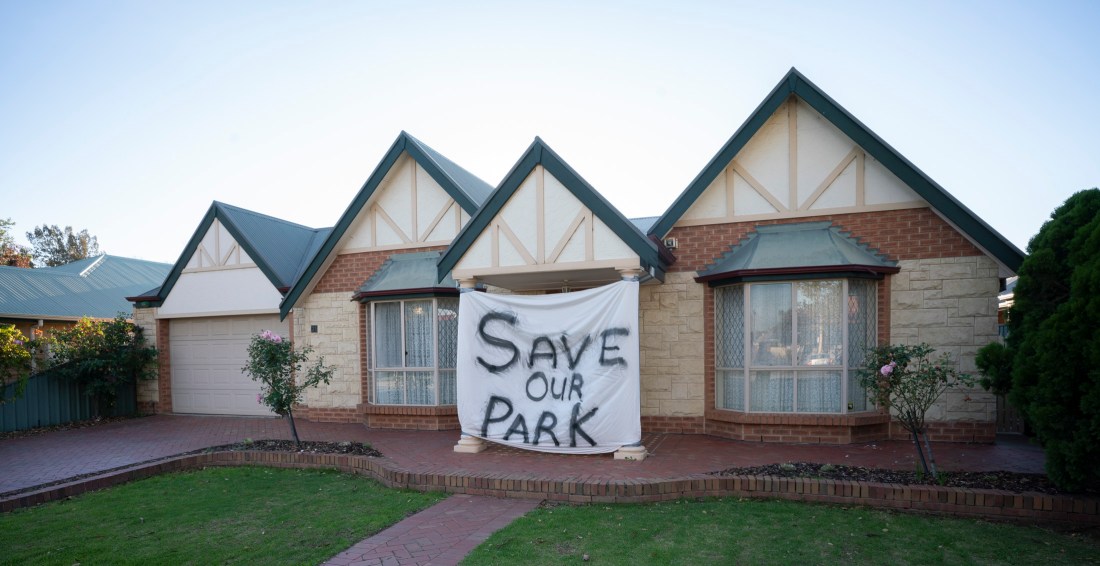 Gentrification and demographic changes, growing concern about the impact of urban infill and the lack of public green space, distrust of political processes, and increasing discontent with the corporatisation of sport, converge to make the proposal’s acceptance more complex.

Perhaps surprisingly, many local residents do not want to be told what is good for them by a football club.

Weak appeals to heritage by both the club and the Port Adelaide Enfield Council ignore the changing demographic characteristics of the residents, who are more inclined to care about the value of their own properties and their own quality of life than the wellbeing of a corporate sports team. 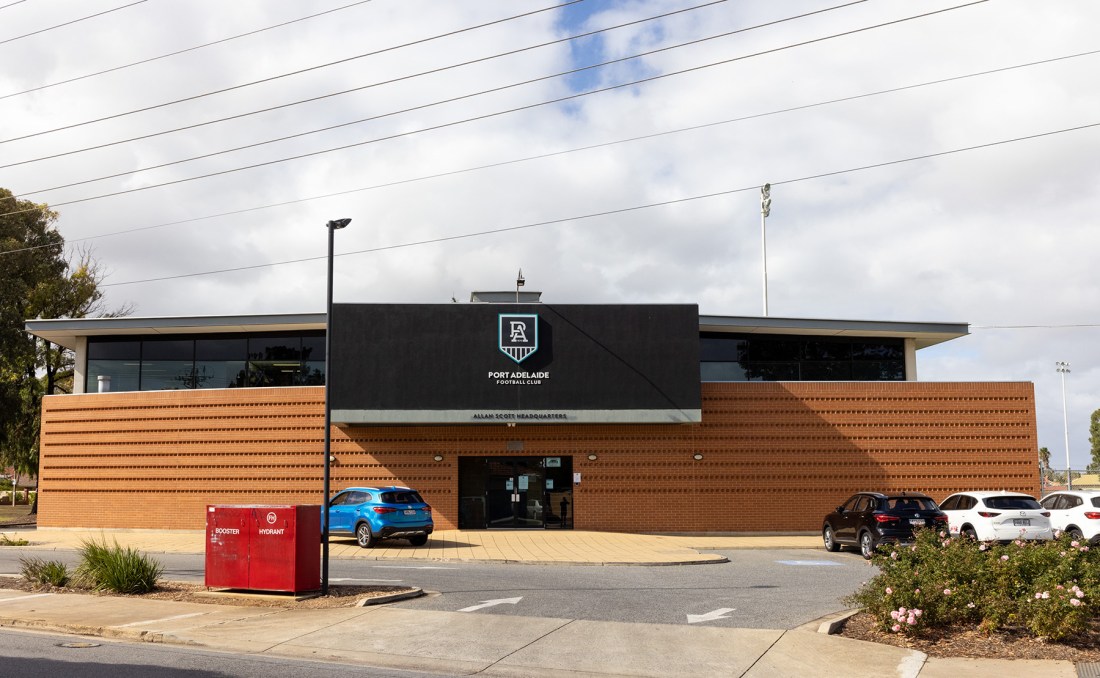 And let’s not forget that PAFC already was gifted a third of the reserve for its administration building, gym, and player car park. Local residents begrudgingly accepted that development, but for many that’s more than enough.

The expectation that PAFC can build a full soccer pitch, a four-storey basketball stadium, and car parking for over 100 cars on the existing reserve without local opposition is based on a false assumption about local support for the club, and so is the claim that it is fully committed to community engagement.

I live close enough to the club to be concerned about the plan for the reserve, so I admit to more than a passing interest. Unfortunately, from my experience over 25 years, ‘community outreach’ by PAFC to the local community who are not club members, or local councillors, has been non-existent. 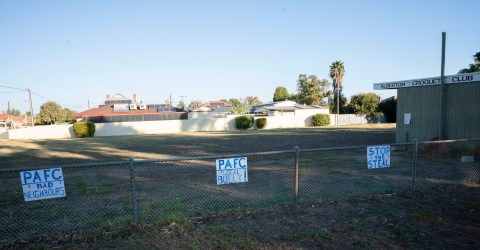 While the approach to the proposed expansion of PAFC is troubling enough, there are other broader, more important issues to consider in understanding the plan for Alberton Oval, and the Port Adelaide Enfield’s council approach.

Green Space in Our Suburbs

The recent report on SA’s future by Deloitte sets a population target of 2 million for the state by 2027, arguing that to do that we must increase population density. For developers that means cramming as many dwellings as possible onto each block, without space for trees and providing little more than 3sq metres of balcony or courtyard space.

At the same time urban planners argue that increased population density requires sufficient nearby open public space for recreation, and more tree planting to offset the increase in paved areas. Despite grand strategic ‘greening’ plans, local councils do not make provision for this increased density through land acquisition, and neither does the State government, nor do they require developers to set aside sufficient land for larger parks and playing fields.

A report from the Conservation Council on Adelaide’s vanishing tree cover warns, “there is not enough available space on public land to replace what we are losing from people’s backyards”. 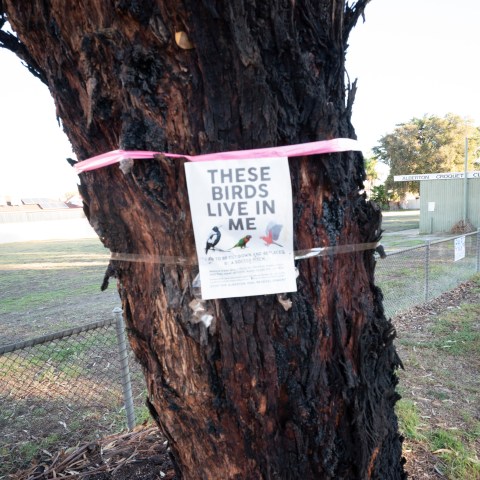 Play Australia even has a 1000 Play Streets program encouraging councils to close residential streets for people to play in. It sounds worthy enough, but why is a country as vast as Australia unable to provide recreational spaces for its urban population within its suburbs and regions?

A major problem is that Adelaide has a delusion that it has abundant green and leafy space and plenty of parks.

This delusion allows sporting clubs and councils to encroach on open spaces because there are other spaces available. If that’s true, they should use them and leave existing spaces intact.

Paradoxically, while Adelaide is one of the most widely distributed urban centres, it has fewer public parks and less green space than other cities in Australia, and similar cities internationally.

The reality is that Adelaide has the second lowest amount of green space per head of population, with only Sydney having less, but we don’t have that harbour. According to the Nursery & Garden Industry Australia, Australian cities are also falling behind international standards in both accessibility to, and availability of open space.

What counts as green space is often part of transport corridors or necessary for flood mitigation, intersected by main roads, or difficult to access.  Local councils perform an auditing sleight of hand by counting every sliver of public land as green space, and equating ‘pocket parks’ and playing fields with open space parks.

Many public school ovals and playing fields have been sold for housing development by successive state governments, with little planning to provide similar facilities for the increased population that new suburbs require. This leaves sporting clubs looking for places to build pitches, courts, and amenities, and why they argue that open, green space is ‘empty space’.

Adelaide Football Club’s failed attempt to occupy the North Adelaide parklands was defeated partly because the Adelaide Park Lands Preservation Association is constantly vigilant and engages in never-ending battles to prevent further encroachment on the parklands. But it shouldn’t have to – they have a World Heritage listing, but apparently that’s not enough.

The fight over Alberton Oval is just the latest of a series of similar battles for space in Adelaide’s suburbs that often pit one set of community interests against another. 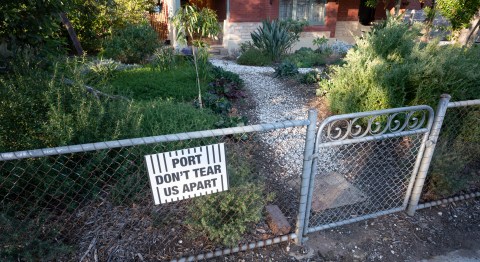 Complaints about development are easily represented as ‘Not In My Back Yard’ protests, rather than a result of failure at state and local government level to provide public land for growth. So where exactly is that ‘growth mindset’ that the Deloitte report advocates?

Does it have to be this way?

The seizure of public open space is too often presented with the argument ‘there is no alternative’, and that juicy carrot of ‘local investment’ and ‘jobs’, not to mention ‘community development’ is dangled to sway public sentiment. Just say ‘jobs’ and ‘community’ a few times, and click your heels three times, and all opposition will magically disappear.

Seriously? Are South Australians so lacking in imagination and planning capability that we can’t find alternatives? Look at what happens elsewhere.

There are fewer sporting clubs with community roots as deep, and fan loyalty as fierce, as Liverpool Football Club, but it doesn’t have its training facilities and administration at Anfield – its ‘spiritual home’.  In November 2020, Liverpool FC opened new training and media facilities in a suburb a 15 minute drive away, replacing its existing training hub, a similar distance away.

While our local AFL teams seem incapable of operating in outer parts of the city, in North America, major league baseball teams have extensive training centres in other states, and even in other countries. The Toronto Blue Jays have trained in Dunedin, Florida for 40 years, and this year opened new facilities there.

Rather than thinking small, both Liverpool FC and the Toronto Blue Jays built facilities to meet their high-performance requirements and provide room for growth. Meanwhile, when presenting PAFC’s plan for Alberton to the Charles Sturt Council – in response to community pressure – it was clear that the current plan is inadequate for future needs even if it uses the reserve. And there never will be enough space unless they decide to raze half of Alberton.

When South Australia was founded it was with enormous optimism for its potential growth and development. Influenced by the Parks Movement that produced the great modern cities of Europe and North America, the plans for Adelaide included parks and gardens. Imagine London or Paris without their public parks, Berlin without Tiergarten Park, New York without Central Park.

The vision of cities for the future in the 19th century was open, positive and expansive. Are we now so bereft of imagination and understanding that we can’t manage to save a sliver of open space in one of our oldest suburbs, and also find space for footy training and a basketball court?

If we are not capable of doing that, we might as well give up on the grand plan to grow Adelaide now.