Actor Jim Carrey was in his career zenith in 1997 when he made the courtroom comedy ‘Liar Liar’, whose title was helpfully transposed onto contemporary SA politics, which was at the time playing out a concurrent courtroom drama of its own.

Then-Opposition Leader Mike Rann had accused then-Premier John Olsen – under federal parliamentary privilege, mind you – of leaking him damaging information about his predecessor in the Liberal leadership, Dean Brown.

When Olsen suggested – not under parliamentary privilege – that Rann had been telling porkies, the Labor leader sued. And Olsen sued back.

While it eventually petered out, a report at the time from The Australian’s then-political doyen, Matthew Abraham, suggests Rann had sued after Olsen labelled him a liar, while a later article from the same paper alleges the Premier had suggested he “had lied”.

Is there a difference?

Because it’s the same claim Scott Jelbert – the lawyer for the man who’s become known as the ‘Spanish pizza bar worker’ – made in a parliamentary committee yesterday – that Premier Steven Marshall had labelled his client a liar, moreover implying that his “lie” had sent the state into lockdown. 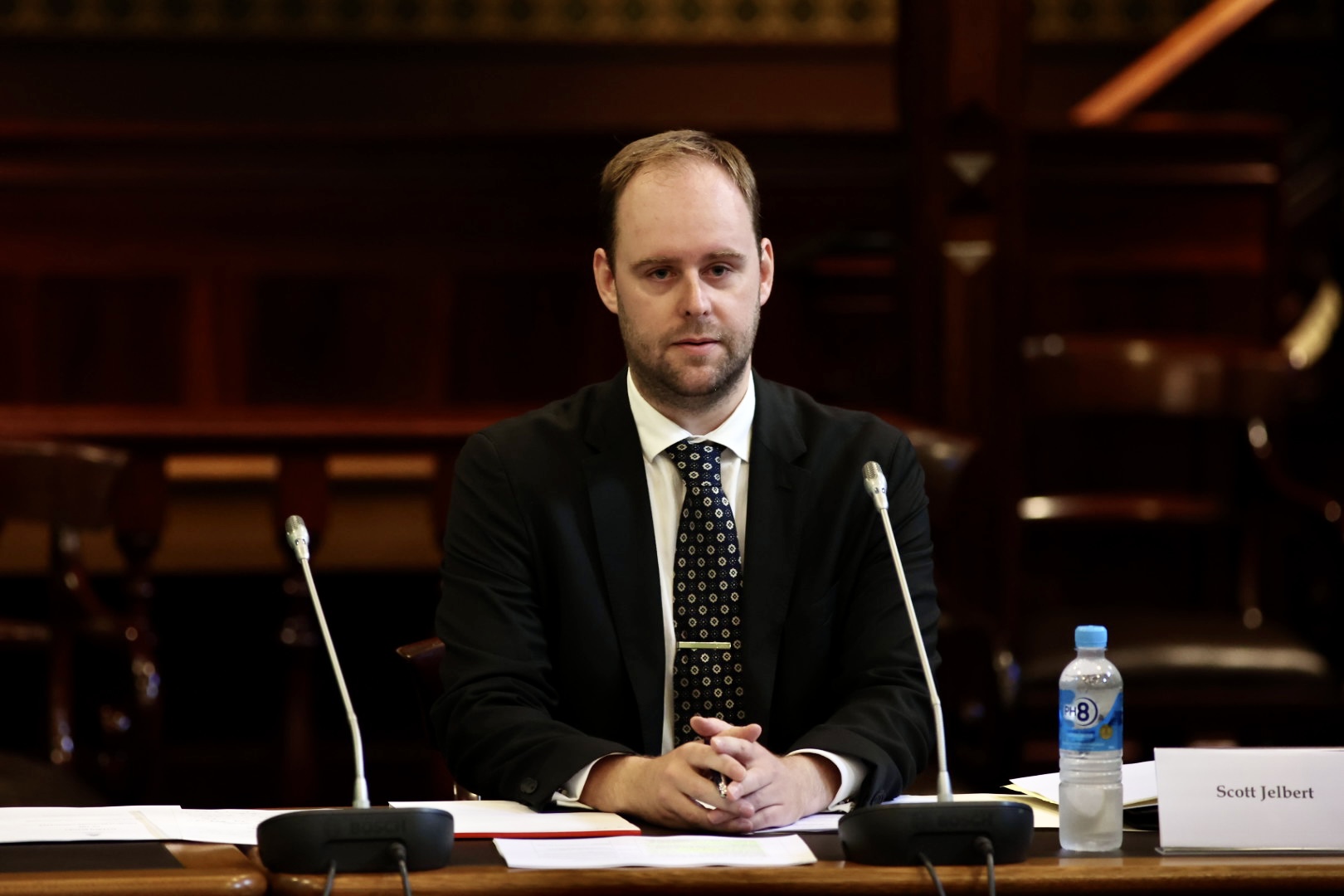 Marshall now insists he didn’t call the man a “liar” – and, in a sense, he’s right.

He said he had lied.

He said it vehemently, and passionately – after all, he was fronting a press conference explaining why a lockdown that had been quite devastating for some individuals and businesses had been entered into under false pretences.

For context, here’s an exchange on the matter between me and Marshall at a media conference this morning:

Q: Your position is you did not call him a ‘liar’?

A: No, the reality is he provided false and misleading information to SA Health professionals – it was a very dangerous situation.

A: Well, you can work that out – it’s false and misleading.

Q: I’d suggest a liar is someone who tells a lie, and you said on many occasions he told a lie.

A: That’s correct, I think the information he provided was false and misleading and had very serious implications for our state.

Q: Would you agree with his lawyer you did call him a liar?

A: No, I don’t think you’ll find that anywhere – I did say he provided false and misleading information.

Q: Did you say he lied? Can you confirm you said that on many occasions?

A: Well, I don’t have all of the transcripts with me here.

A: Yes… well, if that’s what happened and you’ve read it, well I wouldn’t call you a liar, Tom – so I’ll take that as confirmation of what was said.

In fact – as many will recall, given half the state was probably watching it live at the time – this is what was said: the Premier told the November 20 media conference that a pizza bar worker who also moonlighted in a medi-hotel had “deliberately misled our contact tracing team – their story didn’t add up”.

“We pursued them – and we now know that they lied,” he went on.

“I will not let the disgraceful conduct of a single individual to keep South Australia in these circuit-breaker conditions one day longer than what is necessary, however, this lie still means that our contact tracers need breathing space to contact people – but not for as long.”

The lockdown was cut short – three days instead of the planned six.

However, according to Jelbert, the Spanish national remains in an imposed lockdown, of sorts, of his own – convinced he’s a pariah because of the Premier’s remarks.

That’s after, Jelbert alleges, not being sufficiently informed that he was dealing with health contact tracers and later having his mobile phone confiscated by police while he was in hotel quarantine – while the Premier demanded the proverbial book be thrown at him and a taskforce was established to investigate the alleged ‘lie’.

A quick online Google suggests a ‘liar” is defined as “a person who tells lies”.

By which, I suppose, Jelbert’s argument is valid.

Politicians, more than most, understand the power of their rhetoric. If you don’t want to brand someone a liar, you probably wouldn’t insist they’d lied.

A quick scour across Hansards of the ‘Liar Liar’ era are telling about the distinction: on one occasion in 2001, then-Deputy Opposition Leader Kevin Foley referred to another alleged historical “lie” – only to then be referred to the Speaker, John Oswald, for “unparliamentary” conduct.

“The allegation across the chamber that a man or a woman is a liar is totally unacceptable,” Oswald ruled.

However, he notably added: “There is some latitude in the word ‘lie’ but, over many years, it has been agreed that it is just inappropriate language in this chamber to even use the word ‘lie’.”

On another occasion, in 1997, the two terms were similarly conflated, when former Labor firebrand Ralph Clarke noted during debate that the Government had branded his argument a “lie”.

To which the presiding officer pointed out “that it is improper to call anyone a liar”.

It suggests that, at least as far as parliamentary conduct is concerned, the two terms are interchangeable.

This Government’s MO, in particular, is rather to tell the truth. Just not always all of it.

By way of example – and you could find one on any given week – yesterday InDaily asked Attorney-General Vickie Chapman, via her office, whether she still intended to forge ahead with the introduction of Optional Preferential Voting as part of her electoral reform Bill, due for debate in the Upper House next week.

It was the same question I’d asked in January, when I first heard suggestions the move was doomed due to crossbench opposition.

On both occasions, Chapman’s response was much the same: “The Bill is still before the Legislative Council and debate will continue.”

Vickie must have been channelling another Jim Carrey flick, ‘Eternal Sunshine of the Spotless Mind’, because it was revealed yesterday that she had in fact told several MLCs – some of whom confirmed this on the record – that the measure was effectively dead.

Why not confirm this publicly in response to a specific question, when you’re apparently confirming it privately to any parliamentarian who asks?

Why make yourself look silly, or secretive, by not being up-front?

It’s the same question I find myself asking today, with the Premier initially insisting his rhetoric was more about the pizza bar worker providing “false and misleading information”, when everyone heard him say he had lied.

Like SA politics’ 1997 version of ‘Liar Liar’, the long-awaited sequel will probably all peter out in time, though not without collateral damage.

Perhaps a more appropriate summary could borrow from one of Carrey’s latter-day efforts, because it’s all been, without doubt, a series of unfortunate events.