Once in a while, the political spotlight briefly turns to the peculiar goings-on in State Parliament’s Upper House.

No-one ever seems more surprised about this than the members and functionaries of the place itself, many of whom prefer to exist a little like the vampire protagonists of many a Hollywood horror: a clandestine community content to shun and be shunned by the outside world.

And, on occasion, emerge to suck the life force out of innocent bystanders.

As was the case this week, for instance, when journalists and photographers were actively turned away from the public gallery during one of those precious few moments of political relevance.

It happened amid one of the more ludicrous days of parliamentary proceedings I can recall covering.

For context, I started covering parliament back when the late Peter Lewis was Speaker, so I’ve seen a few strange moments – none more so than the day he resigned amid high drama before charging across North Terrace, buried within a mobile mass of camera operators and reporters, to hand in his commission to the Governor.

Still, the events of Tuesday were like a wistful homage to the feast of peculiarity that was the Peter Lewis era.

The Marshall Government, with a nominally healthy majority, took two ballots to anoint its choice as Speaker – first-term MP Josh Teague – after (at least) one of its MPs opted to abstain rather than toe the party line in a silent ballot.

Treasurer Rob Lucas, rather hopefully, suggested this may have been through incompetence rather than malice – although neither bodes well – but frankly this explanation appears disingenuous at best.

In any case, when Teague finally took the chair, he opened by accusing the Opposition of contempt of parliament and unlawfully interfering in an ICAC investigation, before kicking out one Labor frontbencher who took issue with this novel approach to the Speakership. 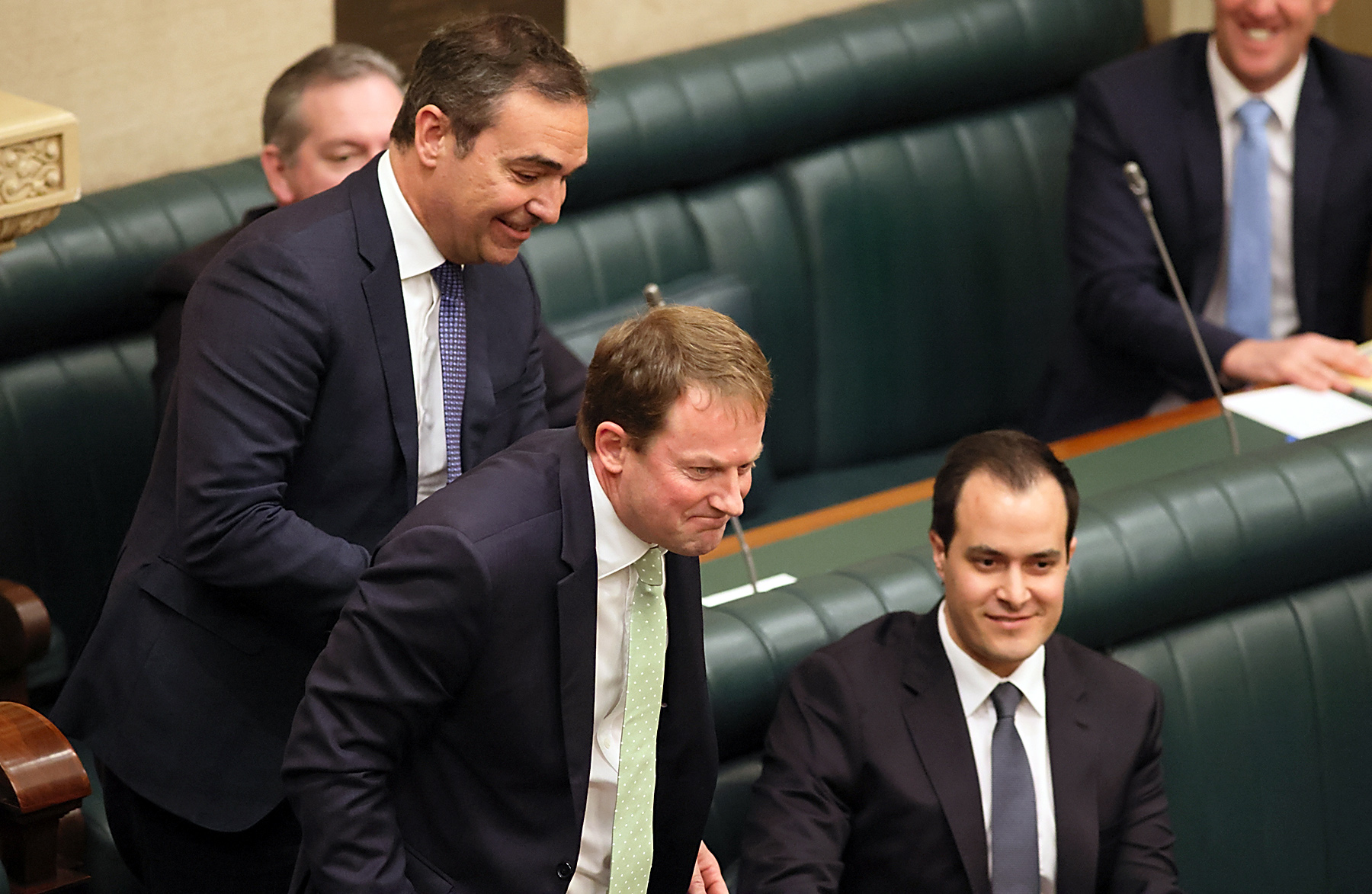 Josh Teague is ushered past his predecessor Vincent Tarzia to the Speaker’s chair after winning a second ballot. Photo: Tony Lewis/InDaily

It was one of the more sudden political transformations in recorded history: hell, even Napoleon in Animal Farm took a few chapters before releasing the hounds.

Labor then moved a predictably-unsuccessful no-confidence motion against the newly-minted Speaker, which played out at the same time as an even more bizarre spectacle in the Upper House.

This led to the peculiar spectacle of a so-called ‘hat-draw’ – with the added twist that there was no hat to be seen.

Instead – in keeping with Legislative Council tradition eschewing any sense of genuine theatre – the combatants’ names were drawn from a wooden ballot box, with Dawkins prevailing. 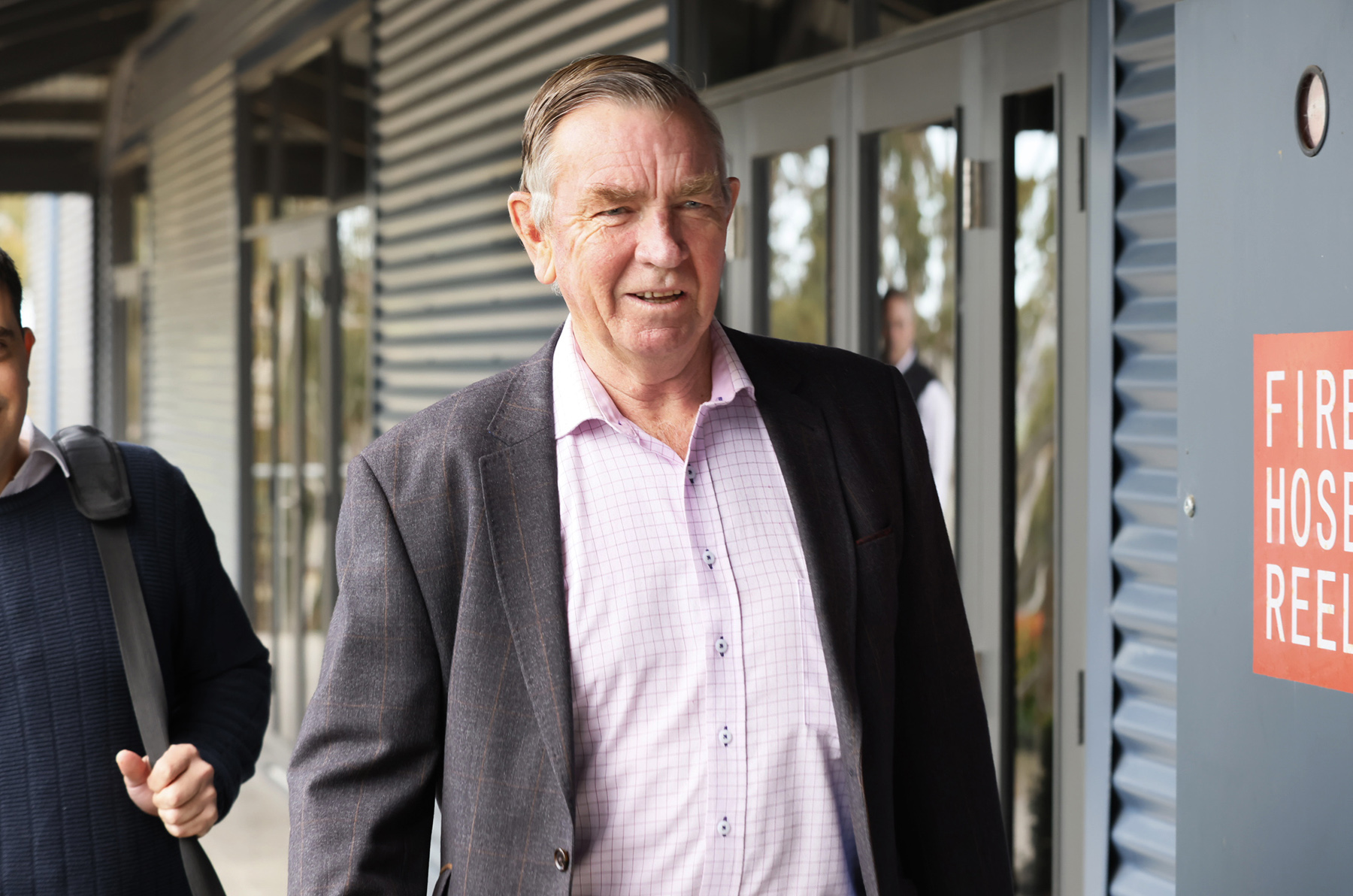 Now, all this may be profoundly odd – and, as former British Labour leader Neil Kinnock might say, “irrelevant to the real needs” – but it’s certainly worthy of scrutiny.

And yet, while the historic moment was playing out, media were being turned away from the public gallery by over-officious Legislative Council staff.

InDaily photographer Tony Lewis, who the previous week had gone to the trouble of seeking due detail about the day’s proceedings from the parliament’s Sergeant At Arms, was told by a official he’d have to leave his camera outside – which kind of defeated the purpose of his being there.

The official then sought permission for him to enter from a fellow known as ‘Black Rod’, who determined that he would instead need the assent of the Upper House President.

When our exasperated snapper then duly replied: “There isn’t one”, he was told that the vacating presiding member, Terry Stephens, remained in the role until a successor was appointed.

Which was quite interesting (in a tedious kind of way), because I’d already sought – and received – assent from Stephens for the same photographer to attend the same gallery back in July.

This wasn’t a one-off, mind you – several other media outlets were struggling to gain access to cover proceedings, with one detailing their endeavours on social media.

After much back and forth, security have let me back into the public gallery but have confirmed cameras are not allowed in to film the vote for President #saparli

Our photographer later rang the President’s office to ask how to get permission for future visits, with whoever took the call promising to find out and get back to him.

All of which is no surprise to anyone with a passing experience of the SA Legislative Council, the House where democratic scrutiny goes to die. Or rest its eyes, at least.

It lives in a sleepy cul de sac in the back streets of the Westminster system, cosily sheltered from the rigours of the modern world.

When a few months back reams of documents relating to the claiming of parliamentary expenses were tabled – prompting the flurry of mea culpas and resignations that led to this week’s bizarre turn of events – digital scans of the Lower House papers were quickly available for media to peruse.

There was, however, no sign of the Upper House equivalents – which remained the case for several days thereafter.

When I asked why this was, one staffer wryly told me: “I think they’re still working out what the internet is.”

The expenses saga has exposed the problem with SA parliament like little before it.

The fact that no-one had ever questioned why these documents were not merely unreleased, but unavailable for public scrutiny – even under Freedom of Information –suggests a troubling culture of secrecy and insularity.

What’s particularly odd about it is that the Legislative Council is in fact the more democratic of the two Houses, with a gaggle of crossbenches offering a diversity of opinions beyond the major party duopoly.

One of those crossbenchers, Greens MLC Mark Parnell, recently suggested the autocratic bent of the body that actually oversees Parliament House: the Joint Parliamentary Services Committee.

He described it as an “unaccountable fiefdom that runs the building”, whose agendas and minutes are “top secret, and there is no clear avenue to engage with them”.

In my experience, presiding members who are voted in as unassuming, wide-eyed or avuncular backbenchers tend to quickly adopt an air of malevolent dictatorship – presumably encouraged by unelected apparatchiks with a cultural aversion to the media ‘enemy’ – happy to threaten or ban outlets who dare to try and film or photograph members who are “not on their feet”.

In other words, these MPs are sitting beneath a public gallery, in which any member of the public can attend to watch what they do – but if we try and inform anyone outside the building of what they’re doing, we risk being evicted or banned.

As but one example of how problematic that is: this week, failed candidate for Speaker Frances Bedford called for a privileges committee into allegations the second ballot in the Lower House was compromised – because Liberal members had been forced to “show and tell” their neighbour how they voted.

However, they’re not “on their feet” when they vote – so any media outlet would be banned from capturing or broadcasting such an activity.

While the Upper House is the primary offender, the cultural resistance to scrutiny extends across the building – to the point that one wonders whether the showpiece spectacle of Question Time even has much redeeming purpose any more.

He dodged and weaved his way through a non-answer, telling the House “the bottom line is that we will certainly have a Hindley Street police station [but] whether the current Hindley Street Police Station will be in the same location in the long-term, distant future is obviously an operational matter and a matter for the police commissioner”.

A few hours later, SAPOL put out a release confirming it was moving its Hindley St Police Station.

What, one might ask, is actually the point of having nominal Question Time, if there is no corresponding Answer Time?

If a straightforward question is unanswered because to do so doesn’t fit a certain media schedule or is inconvenient or whatever the case might be?

The real question that goes unanswered in that place every day, of course, is what the hell happened to democratic accountability?