One of them was John Hanlon, the boss of Renewal SA – who answered to Planning Minister Stephan Knoll.

Those matters are now before court, and the subsequent charges are, for today’s purposes, by the by.

No-one has suggested, or is suggesting, that any of the MPs who have admitted “administrative errors” have broken the law or will face court.

But then, no-one was suggesting that about those two Renewal SA executives back in September 2019, when the ICAC began its probe and they were quietly stood down, apparently unable to continue to perform their respective roles.

This is a double standard the Marshall Government should now ponder, given anti-corruption commissioner Bruce Lander’s statement yesterday confirming he had “commenced an investigation into the conduct of a number of Members of Parliament in respect of claims made by them for payment of the Country Members Accommodation Allowance”.

Further, he intends to make broader enquiries “in respect of all claims for the Country Members Accommodation Allowance by any Member of Parliament over the last 10 years”.

At the very least, this is expected to yield recommendations for “improvements to the manner in which claims are made for an allowance”.

Knoll this week paid back around $30,000 in claimed entitlements – the equivalent of around a year’s worth of claims – but maintained only a few hundred dollars’ worth of it was genuinely claimed in error.

The rest, he said, was shrouded in “a degree of ambiguity about what can be claimed”.

He insists he believes he’s claimed fairly and correctly, but “I do accept there’s some ambiguity, and that’s why I’ve repaid the money”.

The ambiguity, of course, was not solved by his refusal to detail the nature of any expenses he incurred when he stayed with his parents in an inner-city suburb.

I don’t say this lightly. In fact, I’ve been covering SA politics for 17 years and I can’t remember having said it before.

But by the standards of his own agency, Knoll should stand down.

We don’t know, of course, whether he is one of the MPs referred to by ICAC, and there is every chance he is not.

But we do know that this latest turn of events has created significant “ambiguity” to make his position currently untenable – at least by the standards that he has set for his own department.

Moreover, it’s not like everything was going swimmingly beforehand.

It was just this month that respected commentator Matthew Abraham called for his head in his regular Sunday Mail column, after he wasted two years on a transport reform plan that he sold so badly it had to be scrapped within days of being revealed.

His attention to detail has also been seen to be lacking, as when he tried to sack the former Cemeteries Authority chair, and in so doing prompted an accusation in parliament that the State Government acted unlawfully.

Knoll has gone from rising star to shooting star in record time, but his latest controversy genuinely calls into question his ability to execute his ministerial responsibilities.

How can he seriously advocate for all this when he can’t categorically say whether or not he should have been claiming almost $30,000 in taxpayer perks?

How can he ever justify increasing costs for public transport users, or instil confidence that he can oversee administratively-complex planning reform?

Marshall himself must be livid, as he once again sees his deft leadership during a time of crisis overshadowed by the actions of his underlings.

In January, it was the behaviour of another then-rising star, Sam Duluk, that stole the limelight from Marshall’s handling of the summer bushfire emergency.

Now, the goodwill engendered from the Government’s coronavirus response is in danger of evaporating amidst an escalating expenses scandal.

It won’t have escaped Marshall’s attention, of course, that members of his opposing Right faction are prominent in both instances – which makes navigating an internal response without starting World War Three a delicate task.

The Labor Opposition, of course, is having a field day. Until the recent deletion of the much-maligned Fairness Clause, the party never really bothered too much with country electorates – it only holds one, Whyalla-based Giles, while south-east-based Legislative Councillor Clare Scriven also claims the country members allowance.

But they may also allow themselves a moment’s reflection to ponder that had they simply tightened up the reporting requirements for country claims in the dying days of their government, they’d probably still be in office.

The release of these claims has – thus far – proved to be carnage for the Liberal side and a virtual no-lose scenario for Labor.

One wonders if all this was how whoever put the ABC onto the trail of Terry Stephens in the first place expected things to play out?

For what’s becoming clear is that – in the famous misquote generally attributed to Al Pacino in And Justice For All – the whole damn system’s out of order.

As in, a shambles.

This week’s document dump of 10 years’ worth of claims reveals a system of extremely limited accountability – effectively operating in a vacuum.

And Knoll is correct to say the Remuneration Tribunal rules are ambiguous.

They stipulate that a member “whose usual place of residence is more than 75km by road from the General Post Office at Adelaide (by the most direct route) and who is required to stay in Adelaide overnight, and incurs actual expenditure, in order to attend not only to parliamentary duties but also to the Members’ duty to be actively involved in community affairs and to represent and assist constituents in dealings with governmental and other public agencies and authorities shall be paid an accommodation allowance… for each such night up to a maximum of 135 nights per annum”.

The allowance is currently $234 a night, but goes up regularly.

Government MPs maintain they’ve been caught out by the recent insertion of the criteria that they must “incur actual expenditure”, but claim forms signed by Knoll as far back as 2014, when he was first elected, contained the disclaimer that he had satisfied the other requirements and furthermore “incurred the expenses claimed above in so doing”.

Regardless though, there is no further detail on just how much must be tallied in expenses to be eligible for the cash.

Much is being made of Knoll claiming the allowance on nights he also apparently attended non-work events such as a cricket match with his family or a seaside Fatboy Slim gig, but the reality is there is no suggestion that an MP working in the city must not engage in any personal or social activities lest their entitlements become null and void.

So the question is not just as to whether any MPs have been misusing or clumsily claiming the allowance, but that the very nature of the allowance makes it so easy to misuse.

There appears to be no requirement to provide receipts or any evidence of expenditure.

That in itself presented an inherent conflict that the parliament should have addressed long before any journalist inquired about it.

The claim forms were even exempt from Freedom of Information requests.

Further, the vague criteria for both claiming and spending the allowance means there are several ways it could conceivably be spent.

Presumably, it was originally envisaged as a stipend to offset hotel and meal expenses, but there’s nothing to stop the money being spent as a deposit and repayments on an Adelaide property, the value of which would presumably appreciate over the years of an MP’s tenure and which could be sold off years later without incurring capital gains taxes if it satisfies tax office requirements that it’s your main residence.

But while the system itself is clearly broken, the fact that none of its beneficiaries appear to have questioned it before now should ring alarm bells. 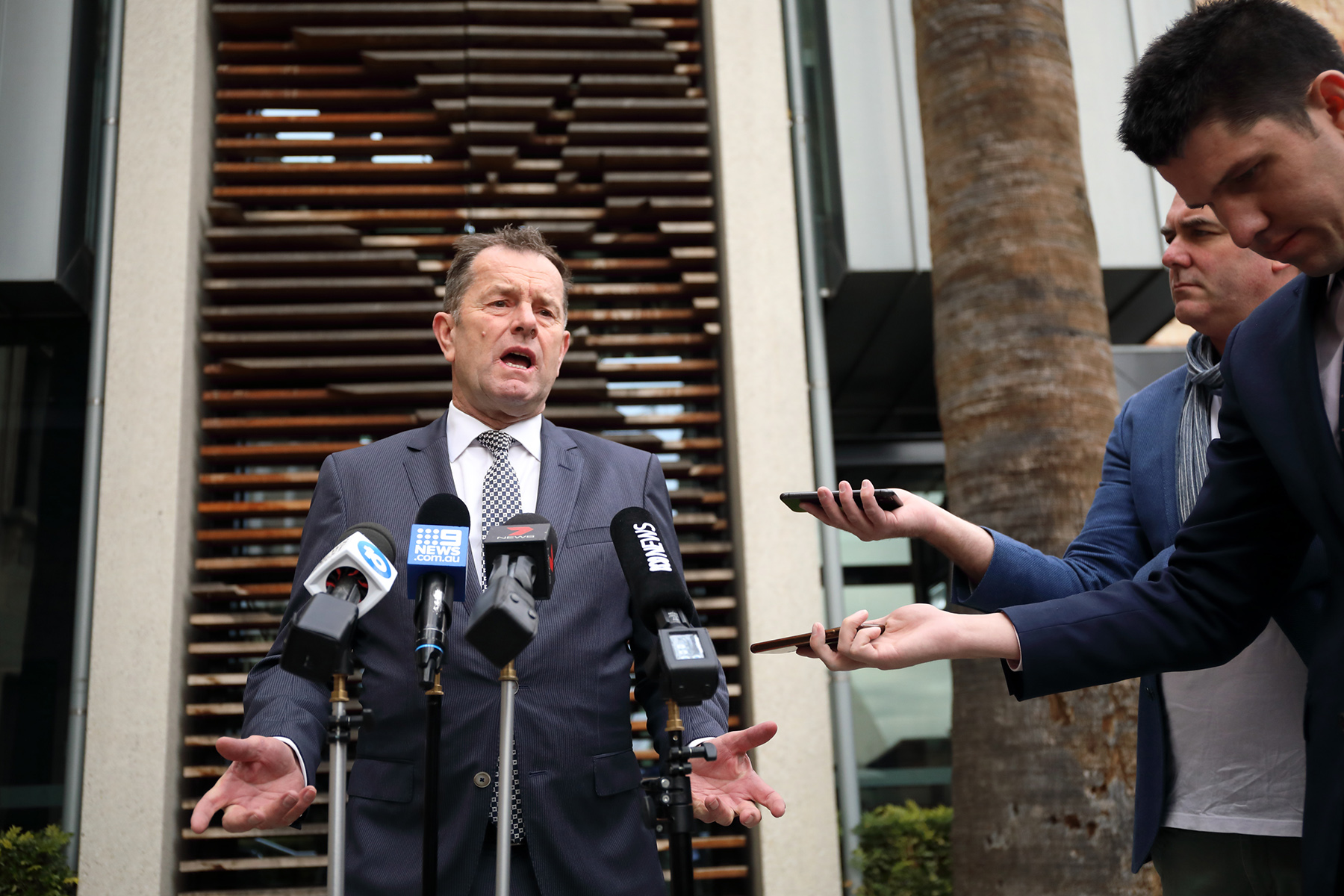 To be fair, Knoll’s no Robinson Crusoe – numerous colleagues have hardly covered themselves in glory.

First-term backbencher Fraser Ellis is yet to even explain why he’s paid back more than $40,000, and while the quantum repaid by Primary Industries Minister Tim Whetstone is relatively small, the nature of his so-called “administrative errors” are worth highlighting.

As the ABC pointed out yesterday, one of his claims for having stayed in Adelaide coincided with days he was overseas on a taxpayer-funded study trip – and the paperwork was lodged just days after he returned.

Stephens himself is yet to clarify claims he paid no land tax on his Norwood property while claiming the maximum country members allowance on the basis of living in Victor Harbor.

Adrian Pederick says he erroneously claimed to be working in Adelaide on consecutive Christmas days, but is still claiming the maximum entitlement by swapping those dates for others he says he was in town on business.

All of these MPs might want to reflect on their current positions and how they sit within the Government’s promised standards of accountability.

But it is Knoll who has set the standard in what would be tolerated within the department he oversees.

By his own standards, his position appears untenable.