Imagine if Coles and Woolworths owned the entire national distribution network for staple products – bread, milk and toilet paper, for example – and suddenly decided to shut it down, cutting supply to the independent supermarkets.

That’s essentially what is about to happen with Australia’s news media.

The 85—year-old non-partisan news service AAP will close in June, after its two dominant shareholders – Rupert Murdoch’s News Corp and Nine, owners of the TV network and the old Fairfax stable of newspapers – decided it was too expensive to keep running.

There was also another enticement – the big two of Australian media knew that sinking AAP would wreak disproportionate damage on smaller rivals who, like them, rely on AAP for much of their bread-and-milk reporting: sports events, courts, business, and much more.

News Corp denies this, but AAP chairman Campbell Reid – also a News executive – reportedly told AAP staff last week that Nine and his company were done with propping up a newswire that helped competitors.

The idea that News Corp and Nine wouldn’t have considered the blow to its competitors by their decision is laughable.

Nearly every Australian news organisation of note – big, small and in-between – relies in some way on AAP and, we thought, they relied on us as their paying customers.

For InDaily, like many other independent news services, AAP’s closure will cause us to rethink the way we structure our news teams and deliver the news.

While most of our readers come to us for original, local news reporting and analysis, produced by in-house journalists based in Adelaide, AAP did provide a very valuable breaking news service. If we couldn’t get to an event or incident, we could rely on AAP’s reporters and photographers to get there and provide us with the news without spin or embellishment.

We are now looking at ways that Australia’s independent news services might work together to cover that gap. We won’t be able to replace AAP entirely, and this is a tragedy for Australian journalism and the many fine reporters and photographers employed by the service.

However, the bigger picture concern for us is about media diversity.

The closure of AAP will strengthen the hands of News Corp and Nine, who already hold a dominant position. News Corp has quickly announced plans to create its own breaking news wire.

Xenophon was warned consolidation would happen, to the detriment of Australian media diversity

It’s a strange news ecosystem when your dominant competitor owns the company that supplies vital content.

They can use that power strategically against us, and they have.

We’ve seen similar dynamics in the supermarket world and many other industries.

With further consolidation of media companies likely thanks to Federal Government deregulation, the real risk is that Australian stories – our “truth” – will be told largely by two companies.

The public broadcaster – the ABC – continues to face battles to maintain its funding, with cuts and restrictions constantly pushed by News Corp’s bevy of culture war commentators. While the ABC does fine work, its news divisions are under pressure.

Independent media warned media consolidation would happen back in 2017, when the big players leaned on the Federal Government to deregulate the sector.

That only happened with the support of then South Australian Senator Nick Xenophon, who delivered the Government the crucial votes it needed.

Among other changes, the Government’s media reform package scrapped the “two out of three” rule, which prevents a media company from controlling more than two out of three platforms – commercial TV, commercial radio and newspaper – in any licensed market.

And – bingo – that change led to Fairfax selling its venerable newspapers to national television network Nine.

News Corp was circling Ten, until American network CBS swooped in and blindsided the Murdochs.

Xenophon was warned consolidation would happen, to the detriment of Australian media diversity (and the merger of Nine and Fairfax essentially cost AAP a major customer).

His sop to smaller publishers was a Government-administered fund, which has so far managed to hand out very little of its allocated millions, and which, in its first iteration, expressly prohibited funding actual journalists (I wonder how that clause got in there). 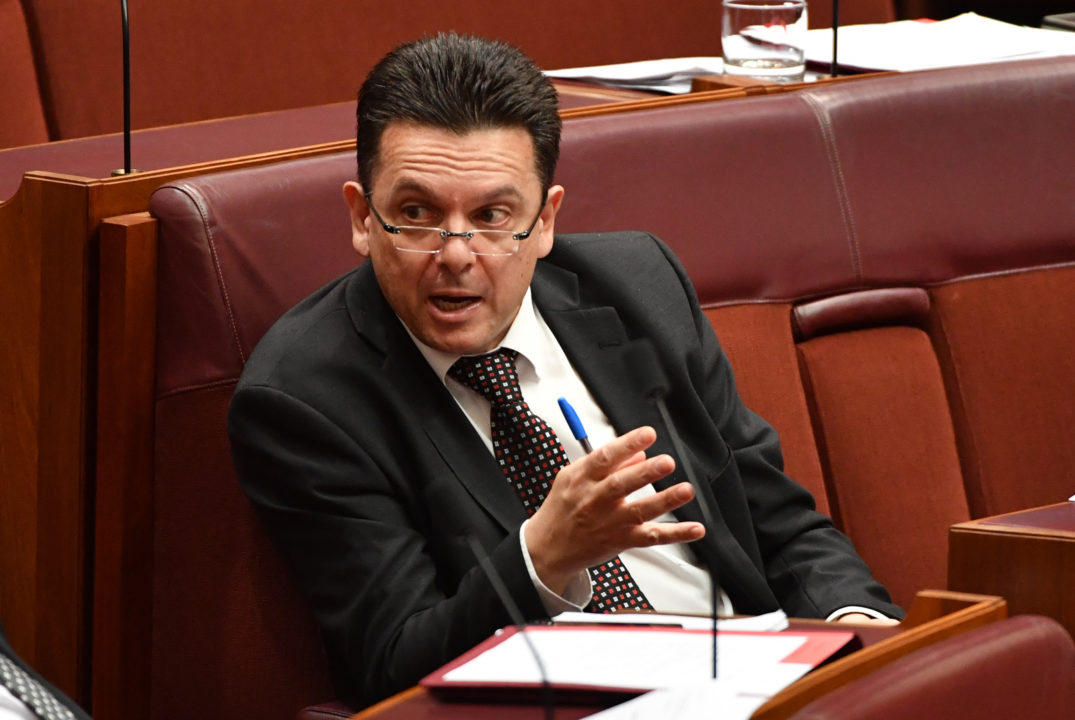 Nick Xenophon in the Senate in September 2017. Photo: AAP/Mick Tsikas

Greater support for independent public interest journalism is now crucial – both from the community and via government policy changes.

As we’ve seen in the supermarket sector, community-led change is possible.

Here in South Australia, we’ve long valued independent supermarkets for the quality of their service and products, and their support for local suppliers.

If the community wants our news to be run by more than the faceless investors behind Nine, or the all-too-familiar faces of the Murdoch family, then the independent sector needs your support.

Governments, too, need to do more to encourage public interest journalism – through tax breaks, for example, for people who choose to support their local news organisation, and limits on the power of the big media duopoly.

The challenge – and it’s perhaps an insurmountable one – will be to get governments to look beyond narrow self-interest.

At the moment, big media has the inside running with our politicians – using soft and hard power to influence decision-making in Canberra.

They almost always get their way.

The sinking of AAP will lose us more than hundreds of reports about local sport, courts, business and politics – it is yet another step on the road to a degraded democracy.

David Washington is the editor of InDaily and editorial director of Solstice Media.