‘To regain our confidence in our power to shape the society in which we live, and to replace fear and just coping with shared joy, optimism and mutual respect, needs new imagining and thinking and learning from what succeeds elsewhere.’
– Don Dunstan

Who breaks a butterfly upon a wheel?

Young people are fascinated by pranks. Video culture is filled with them.

When you’re 15 years old and you realise that…

… you can be forgiven for going to your happy place and spending countless hours watching prank videos online. (Or memes, which I don’t fully understand.)

Older readers will know that pranking – playing a practical joke on someone – is not a new thing. Pranks have been around for centuries.

My uncle, in his 80s, still greets me by pointing to my chest and asking: “What’s this?” Then, I look down to see what it is and he flicks the end of my nose with his finger. He’s been doing it to me since I was a kid.

Yesterday, the world learned that the South Australian police have finally nabbed an Adelaide prankster they have been hunting for over a year, in a Richard Kimble-style pursuit.

He’s now on bail and appearing before the court.

The public is safe once more.

Apparently, this criminal mastermind is one Michael Philippou.

Philippou was charged for pulling off one of the all-time great video pranks. He and his friends ingeniously built the world’s first “underwater car”. Then, on a hot summer’s day, Philippou allegedly drove it into a bottle shop, where he is said to have bought some beer. The whole episode was captured on video and ended up on YouTube, attracting an international audience of over a million viewers.

This was not Philippou’s first foray into filmmaking.  A few years before, Philippou and his identical twin brother, Danny, attracted a global audience of 29 million with their astonishing “Harry Potter vs Star Wars” video on YouTube, under the tag name, RackaRacka.

They then made a series of spin-off videos, garnering bigger and bigger international audiences, peaking with their “Marvel vs DC” video, which attracted an audience of over 67 million.

The subliminal messaging to the 60+ million viewers around the world who watched the RackaRacka videos was:

(1) There is a place in the world called Adelaide. So now you know.

(4) Find out more about Adelaide.

After establishing such a significant global audience, the Philippou boys left Adelaide and went to Hollywood to chase their dream.

I was a board member of the South Australian Film Corporation when I first saw the RackaRacka videos.

Watching them was like being slapped in the face with a cherry pie. It was a shock to the senses that tasted wonderful and made me belly laugh.

Most of SAFC’s activity over the last 30 years has involved financing Australian films made in South Australia for cinematic release.

Very few of these films have reached international audiences. A notable exception is Scott Hicks’ Oscar-winning film, Shine, which was an international smash hit more than 20 years ago. From time to time, other films do reasonably well at the box office in Australia.  Most of them are seen by very small audiences.

Which leads me to one of my favourite trivia questions.  Who is the most successful Australian film producer of all time?

My next question is: Apart from Robert Stigwood, Scott Hicks and the RackaRacka boys, how many South Australian filmmakers have reached or have a realistic prospect of reaching a global audience of 67 million people with one film?

Answer: Very few, if any.

Hats off to you, RackaRacka boys. You’ve achieved something that perhaps no other South Australian will achieve in future.

This is a perfect example of how Adelaide’s risk-averse culture not only encourages young people to leave the state, it forces them to.

My next question is: How much taxpayer money went into making the RackaRacka video, “Harry Potter vs Star Wars”?

And my final question (and the point of this article) is: Why was it necessary for police to charge Philippou with criminal offences for the “underwater car” prank video?

I don’t mean technically why.  I understand that the police are “just doing their job”. After all, crimes were technically (allegedly) committed – for example, Philippou allegedly failed to wear a seatbelt while driving the car fully immersed in water, wearing scuba gear. “Deterring the perpetrator and others” is an essential part of police work.

Was anyone actually hurt in the making of the video? Has there been a spate of copycat crimes since? Is there any real risk of a crime being committed in future as a result?

The laying of these charges is sillier than the prank itself.

Why didn’t police just give Philippou a warning?

This is a perfect example of how Adelaide’s risk-averse culture not only encourages young people to leave the state, it forces them to. And in Philippou’s case, once he’s left, you can be guaranteed he will never return.

The message is: don’t step out of line; don’t take risks; don’t embarrass us; don’t alter the status quo.

These messages are writ large, silently but ominously, across our city.

We see them everywhere as we walk the increasingly sparse streets of our city’s main commercial promenade, filled as it is with blanker and blanker spaces and older and older faces.

Occasionally, an artist like Peter Drew disarms us with insurgent artworks on public walls that dismantle our assumptions about who we are, lift our spirit and give us a glimmer of hope that a new generation will be able to tear off our communal straitjacket and transform us into the truly great, creative, open, outward-looking and prosperous society that we can be, if we choose to.

Another Adelaide artist, James Brown, has the world at his feet after creating a series of perception-shifting, game-changing interior hospitality spaces and brands around the world, including Bali’s Motel Mexicola and Tropicola and Adelaide’s Africola.

Forty or so years ago, in a few years as Premier, Don Dunstan transformed repressive and repressed Adelaide into the most creative, vibrant and dynamic society in Australia. It happened in the blink of an eye. The rest of Australia, inspired by Dunstan’s example, scurried to follow. 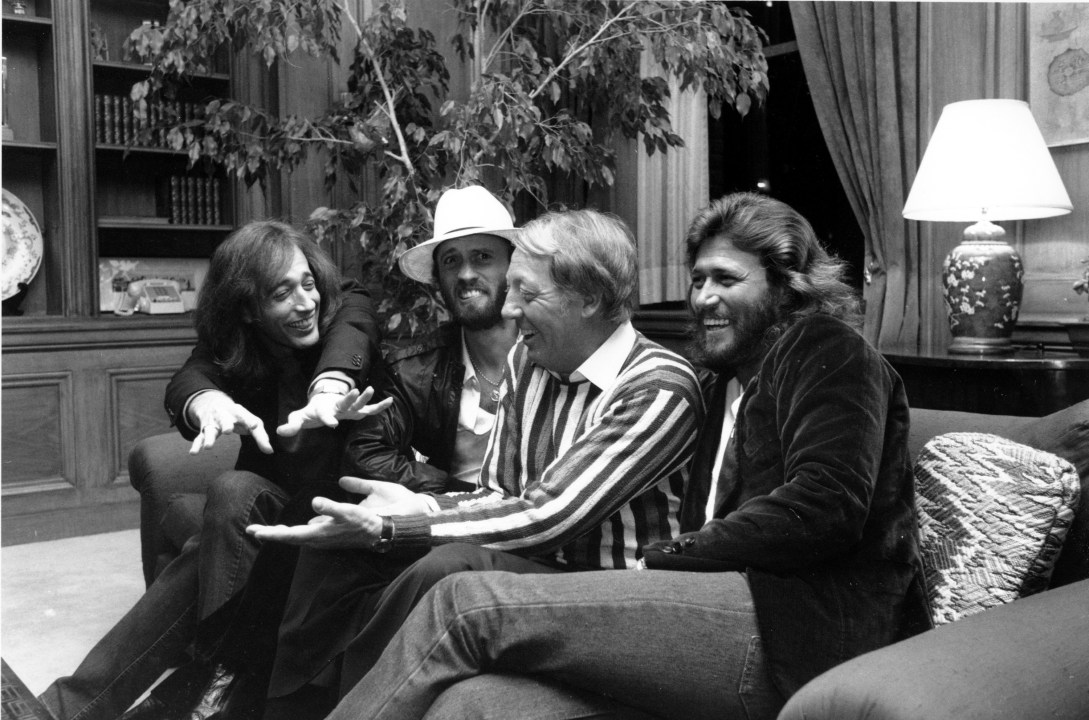 South Australian producer Robert Stigwood with the Bee Gees in New York in 1981. He’s the most successful Australian film producer of all time. Photo: AP/Nancy Kaye

A few years ago, the Philippou brothers were kids who were messing around in their parents’ house in Pooraka.  The next minute they had a worldwide audience of 67 million and were off to Hollywood.

If Michael Philippou’s case proceeds and he pleads or is found guilty, it will make it more complicated for him to travel to the United States to pursue his dream and promote Adelaide to the world, even if the court records no conviction.

Any impact it has on his ability to pursue international opportunities will be a totally avoidable, self-inflicted wound by South Australia itself.

We need him to succeed.

There is a simple solution.

The police should drop all charges against Philippou before the next court hearing.

To do so will not make the public less safe. The police will not lose face. On the contrary, they will gain public and institutional respect for having shown sound judgement.

The Commissioner of Police – a highly decorated, intelligent and respected servant of the people of South Australia – is a man with proven good judgement. He should intervene in the case and direct that the charges be withdrawn.

This is a litmus test for all of us.

The only way for our community to thrive is if we celebrate and foster our most creative young people. They are our best hope. They open our eyes, our hearts, our lives and our economy to new possibilities.

They attract the world to our doorstep.

When the world arrives, it is our job to welcome it into our city and state with generosity, hospitality and a sense of humour.

We will be transformed by the outside world and we will transform it.

And we will have Michael Philippou, and South Australians like him, to thank for our transformation.

What do we have to lose?