When I was a kid, I vaguely recall the thing to do when you got in trouble at school for doing the wrong thing was to point out that somebody else nearby had also done the same wrong thing.

I’m not sure what this says about the ethics of my particular social group, but it must have been the case, because I clearly remember the teachers’ standard retort when you helpfully informed them that ‘so-and-so’ had instigated said erroneous behaviour.

“If so-and-so jumped off a cliff, would you do it too?”

It was, I suppose, a rhetorical question, but it’s worth pondering because – politically, at least – that old excuse we used to give in the schoolyard for doing the wrong thing has lately become standard fare in South Australia’s political discourse.

Cast your mind back to the June budget, when the land tax aggregation measure was first announced. It was, now somewhat infamously, headlined by Rob Lucas as a way of “closing the land tax loophole”. But he also employed another trope beloved of SA politicians, emphasising that his proposed reform was “based on similar models in Victoria and New South Wales”.

“This will bring us into line with other, more prosperous states.”

It’s an argument that gets wheeled out with wearying regularity in State Government circles these days, as though it’s some kind of ‘drop the mic’ moment arguing the case for change.

“This is the way they do things in Sydney and Melbourne, so we should do it too.”

Sure, sometimes that argument has merit, if only from a perspective of streamlining national administration, such as with the Libs’ generally uncontroversial bid to transition Year 7 into high school.

But as an inherent rationale for reform, it’s a lazy straw man argument that merely plays to the perennial chip on South Australians’ collective shoulder.

That sense that we’ll never be as good as the eastern states but we should blindly follow everything they do, just in case.

We saw it again last week, when Attorney-General Vickie Chapman introduced a range of gambling reforms that were broadly and predictably poorly received by anti-gambling stakeholders, and which included letting banknote acceptors be fitted to gaming machines in SA clubs and hotels.

“The introduction of acceptors would bring South Australia into line with other Australian and New Zealand jurisdictions,” Chapman’s media release assured us.

It was also her opening gambit on ABC Radio when she was asked whether the measures would increase the number of poker machines.

“No, these measures will increase the usability of our current poker machine cohort and bring it in line with the technology interstate,” she declared.

So… if the other states jumped off a cliff – would we?

Surely there’s an argument for, rather than slavishly following moves advocates say will increase problem gambling, setting a national standard?

For telling the other states that, on this at least, they should follow us, not the other way round.

But regardless, in most cases the argument that we must do something – simply because another jurisdiction with better economic metrics has done it – is a syllogism.

Look at land tax, for instance.

The Government’s land tax model slavishly follows Victoria’s, as though those Treasury boffins who so badly botched their sums with the original $40 million budget estimate simply took Lucas’s “we’ll model this on the eastern states” mantra at face value.

But Melbourne’s property market is very different to Adelaide’s.

No-one’s going to invest in Adelaide simply because the top aggregated land tax rate is roughly in line with the national average, or thereabouts.

But moreover, as the Property Council’s submission to the Government’s consultation process explains, “the highest rate in Victoria of 2.25 per cent only captures property that is valued over the $3 million threshold, whereas in SA the Government’s proposed top rate of 2.4 per cent comes into effect at the much lower threshold of $1.1 million”.

“Even taking into account the higher comparable values of Victorian property, this low threshold hits a large number of property portfolios which would be considered very modest by national standards,” the submission notes.

Mind you, Victoria is almost four times the size of SA, population-wise.

How does SA’s proposed land tax regime compare to the closer-aligned Western Australia?

“In Western Australia,” the submission details, “the top value bracket (with a rate of 2.67 per cent) only captures property valued over $11 million. For properties valued between $1 million and $1.8 million in WA the rate of land tax is only 0.9 per cent.”

According to the Property Council, to be genuinely nationally competitive, “it is important that land tax rates be lowered further than the proposed 2.4 per cent (which still leaves us as the second-worst jurisdiction in the country) and that thresholds be adjusted up”.

Still, who can blame governments for appealing to the proverbial chip on our collective shoulder? 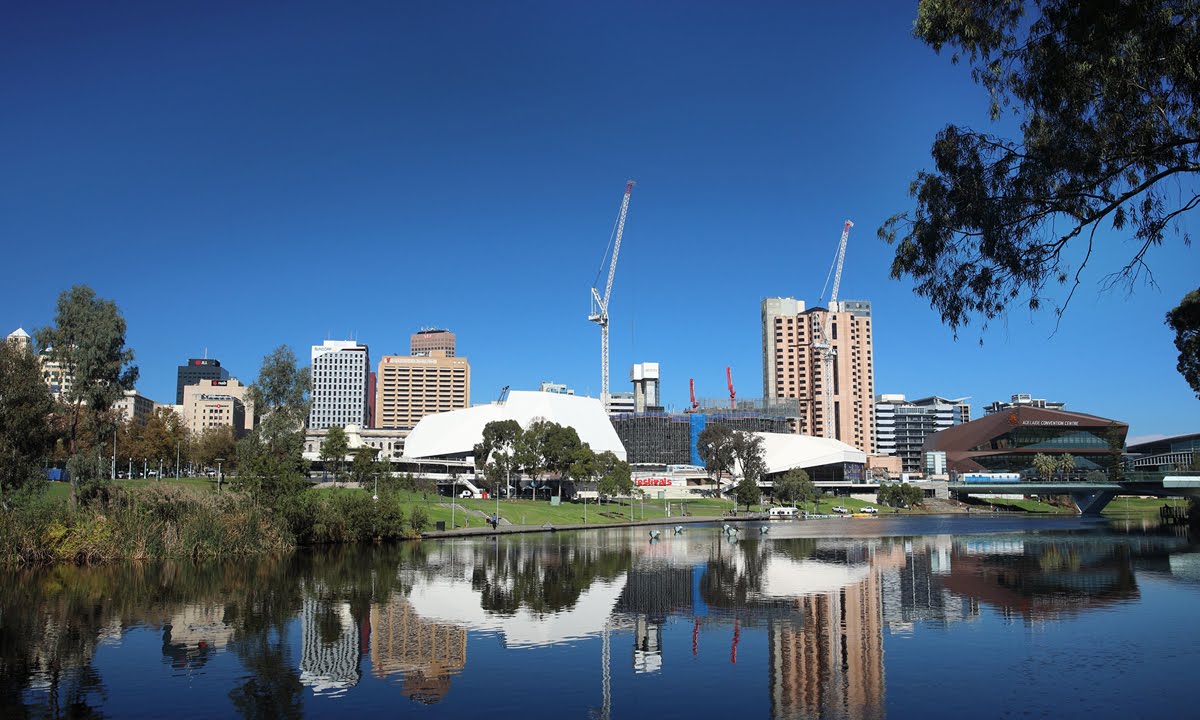 After all, they’re also judged harshly for the fact that SA is perpetually in the shadow of its peers.

Look at Naplan testing, for instance, wherein the evergreen headline always highlights how SA continued to “struggle overall against other states”.

In the most recent results, the state was below national averages in 19 of 20 tests across participating year levels, although it generally – but not always – bested Tasmania.

Ditto, while we’re generally grumpily accepting of having the highest unemployment rate “on the mainland”, the political pressure only really ramps up when we fall behind the Apple Isle.

(Whisper it) South Australia is not meant to be the most successful state.

NSW has a population approaching 10 million – ours is well below 2 million.

In fact, SA has the lowest population “on the mainland”, and the second lowest of any state, other than… you guessed it – Tasmania.

On almost every measure, then, we’re almost exactly where we’re meant to be in the national ranking.

And that’s nothing to do with the chip on our collective shoulder, it’s just a factor of our relative size and geography.

In fact, perhaps the most notable thing Steven Marshall has done to date is put population growth back on the public agenda, after Jay Weatherill deliberately removed it, scrapping Mike Rann’s population growth strategy and benchmark target, and replacing it with rustic musings about our unhurried way of life.

Whether Marshall’s push pays dividends could become a defining legacy of his tenure, but there’s a way to go – as in, generations – before we should seriously start comparing ourselves to other jurisdictions as a rationale for public policy decisions.

In the meantime, it would be preferable to see such decisions taken with a view to SA’s own economic circumstances and public policy choices; to identify the areas in which we need to make ground, but more importantly the ones in which we can lead the way.

But if not, there’s always that cliff.