I first heard these words when watching the movie version of the revolutionary musical Hair in the late 1970s. For reasons unexplained, those words and the sentiment and pleading that they express have remained with me ever since.

Walking through the streets of Adelaide recently I have been challenged and forced to revisit them, as it seems a city rich in culture, history and one hopes opportunity is increasingly becoming the refuge of those who UK wine writer Matthew Jukes once described as having fallen through “a crack in the shiny veneer of this fair city”.

From the corners of Rundle Street and Frome Road, to the alleyways that disappear from Whitmore Square into the fog of our social conscience and daily routine, it would seem people are falling through the cracks in increasing numbers. Jukes went on to comment: “Judging by the number of lonely looking, vulnerable souls that I came across one chilly morning, it was a veritable chasm.”

How can people have no feelings? How can they ignore their friends? Easy to be proud? Easy to say no?

The wine community is filled with people willing to lend a helping hand and this generosity is often leant upon by the well-intentioned. Supporters of many and disparate causes on a variable scale of worth and personal connection ask for wine for dinners, raffles, wine walls and more, all based on perceptions of low costs and high value: from the local kindergarten to the pursuit of medical breakthroughs; from acquisitions of public art to the plight of the oppressed around the world. All are compelling but none more present, local and immediate than the confronting reality of a haphazard collection of dirty blankets covering forgotten and random possessions of our city’s homeless. This is a scene I see daily.

Greg Pattinson of Foodbank puts the issue into perspective with numbers – not anecdotes, observations or perceptions. The agency he leads now supports more than 117,000 South Australians per month. Supported by more than 85,000 hours of volunteering, Foodbank distributes three million kilograms of food including 1.2 million kilograms of fresh produce per annum and supports over 450 school breakfast programs across the state.

Ominously, Pattison says: “Unfortunately demand for our services is increasing 20 per cent year on year. I would much rather a forecast that would allow me to advise my board that our services are no longer required.”

The picture that Pattison paints with his numbers is only partially complete and needs to be further illuminated by the work of myriad other organisations including the Hutt Street Centre, the Salvation Army, the Magdalene Centre and Catherine House, to name a few.

It was Matthew Jukes’ observations that inspired him, along with a little help from his friends, to create the wine industry’s touch rugby carnival in 2005 that went on in various forms and in various locations to raise over $2.5 million to address the issue. Another initiative under the stewardship of Matthew Jukes is the Degustation for Dignity dinners in Melbourne, which have been held annually over the last five years. In 2018, Jukes hosted his final event of this kind, leaving a very commendable legacy and contribution.

I am compelled to ask, where are the people to take the baton from his hand and continue the race? 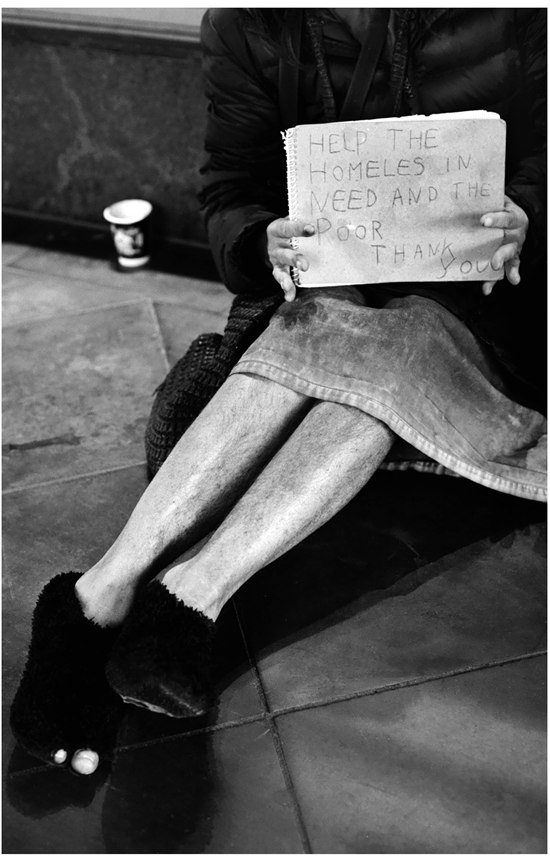 Photo courtesy Alex Frayne from his series, The Overseers of Streets.

Where are the people who care about strangers? Who cares about evil and social injustice? Do they only care about being proud? How about I need a friend?

Jock Harvey is one such person extending a hand of friendship to Jukes’ “vulnerable souls”. Motivated by the success and impact of the touch rugby events and their eventual demise, Harvey, along with Malcolm Leask and the late Luke South, formed a group called the Willunga Wanderers and began an annual walk from the heart of the famed McLaren Vale wine region to the city of Adelaide – a not-insignificant 50 kilometres. Every blister, strain and complaint incurred each year as they make the trek has been worthwhile as today this initiative raises over $50,000 per annum.

From the camaraderie and challenge of the walk, further ideas began to form in Harvey’s ever-creative mind, resulting in Homeless Grapes. Described as “generous and magical” by Harvey, the project brings together grape growers, pickers, winemakers, a retailer and many others. Together, they donate their wares, experience and time to craft a richly flavoured and textured McLaren Vale Shiraz.

The enthusiasm and interest surrounding Homeless Grapes saw burgeoning demand prior to release and ensured that pre-sales, managed by Vinomofo, generated over $36,000 all of which was given to the Hutt St Centre. The project and its reputation have grown since its auspicious beginning in McLaren Vale and is being emulated across Australia. Today the Homeless Grapes McLaren Vale Shiraz contributes $60,000 every year to the Hutt St Centre, providing employment for 150 clients along with over 3000 client appointments, 5000 loads of washing and 11,000 showers.

We're so excited to be bringing the Homeless Grapes Project to the Hunter Valley, McLaren Vale and Yarra Valley this year! We launched the Homeless Grapes Project in 2015 when we teamed up with Jock Harvey and the McLaren Vale community to create a life-changing shiraz, with every cent from the sale of this wine going to Adelaide's Hutt St Centre to help those experiencing homelessness. Last year, we also added the Yarra Valley and Coonawarra to the mix, engaging with new wine communities and raising over $150,000 in total for local charities. The most inspiring thing about this project is the people – everything is donated from beginning to end. From the growers, pickers, makers, bottlers and creatives who gave up their time; to the people who donated bottles, caps, labels, illustrations, boxes and booklets. This is wine for good – made with community and defined by generosity.

Harvey reflects that while Homeless Grapes has grown significantly since the first embryonic ideas began to form as he battled on past Flinders University on his walk to Hutt Street, it remains an “important conduit between farmers and the community and helps raise awareness of homelessness in Australia.”

What else can be done? How can the chasm be filled and those unfortunate enough to have stumbled into it be helped to climb out?

Apart from the sensory satisfaction and enjoyment it provides, a good wine is a great accompaniment to thought-provoking and stimulating conversation. It is these conversations and the ideas they generate that we need to be having, followed by a commitment to pursue and fulfil these ideas and the promises they entail.

What change could the Australian wine community effect if collective and collaborative approaches, like those championed by Jukes and Harvey, were harnessed to address our societal issues, rather than piecemeal responses to the many worthy and disparate causes asking for support?

This evening as you take your first sip and think of the wine’s great texture, complex flavours and compelling provenance, think about the rough textures, complex issues and compelling needs of those sleeping out tonight.

I don’t profess to know the answers, much less be able to deliver them. And to date, I have just walked by many who clearly need a friend, but tonight as I take my first sip and write these words I may just have taken my first step.

Footnote – Matthew Jukes advised that he has heard on the grapevine that Degustation for Dignity in Melbourne will go ahead this year with St Mary’s House of Welcome with the support of Max Allen and Andrew Caillard.

Marc Allgrove is a director of Evans + Ayers. He has more than 20 years’ experience in the wine industry based in Adelaide and London.