In truth, of course, while the Liberal Party’s dual robo-fail is an embarrassment, it’s hardly a catastrophe.

But sometimes in politics, symbolism is significant.

And in a week in which the Liberal base effectively declared war on the Marshall Government, the last thing the party needed was to bungle a simple push-poll. Twice.

It’s one thing to wake weary constituents – and prospective voters – to seek their input into your Machiavellian machinations; another to do so two days in a row, having already apologised once and sworn it won’t happen again.

And another thing again to in the process highlight genuine doubts about how the Marshall Government’s message is resonating in the SA electorate.

HEAR THE QUESTION BELOW:

Which is more or less akin to: do you think things are pretty good, or outrageously bad. Or neither.

The lopsided nature of the question appears designed to elicit a prescribed response: namely, that people are generally pretty happy with how things are tracking under the Marshall Government.

It might not be, figuratively speaking, setting the world on fire, but it’s not doing so literally either.

Which is the kind of manufactured reassurance you would only need if you felt the need to reassure the broader public that things were… well, generally heading in the right direction.

But the thing is, within the Marshall Government itself, they aren’t.

It’s a case not of the peasants revolting, but the landed gentry

The Premier and his Treasurer Rob Lucas doubled down this week on their intent to reform the way land tax is aggregated, bringing in – according to Treasury estimates – $40 million a year in extra revenue.

The property and development lobbies strongly dispute that estimate, but the Government says if they reap more than they’d budgeted from the measure, they’ll simply expedite broader changes to reduce the top rate and raise the threshold of the existing levy, which will lead to a net reduction in total land tax.

Technically speaking, that will remain true to their promise to reduce costs, but they concede the complicated arrangements will produce winners and losers.

And many of the losers will be those who had long advocated for – and donated towards – a Liberal Government.

The former faithful have been apoplectic in recent days; it’s a case not of the peasants revolting, but the landed gentry.

The landed gentry may not be the type to wave placards on the steps of parliament house, but in its own understated way, this is every bit as significant for the Liberal Party in SA as the backlash to Kevin Foley’s post-election budget was in 2010, when Labor’s own unions staged fierce protests outside the ALP state convention, shouting down the party’s betrayal of its heartland.

This is not an issue that will – necessarily – resonate among swing voters (and that may well be a major factor in Marshall’s insistence that this is an unfair loophole that needs to be closed).

But it is resonating within Liberal ranks – and that may have far-reaching consequences.

The last time a Liberal Government seized power in SA, its moderate-aligned leader Dean Brown was rolled within a term after the initial optimism faded amid a failure to cut through with a clear and popular agenda.

Funnily enough, the right-winger who replaced him was the man Marshall publicly chided for the ‘RoboFlop’ gaffe – current party president John Olsen. That’s despite public responsibility for the bungle being taken by state director Sascha Meldrum, who hails from Marshall’s moderate faction.

Marshall has in some way insulated himself from a repeat of what happened to Brown, by ensuring all but one factionally-aligned member of his cabinet is a moderate. The exception is Transport and Infrastructure Minister Stephan Knoll, a second-term MP whose credentials as a ‘premier-in-waiting’ carry the strong caveat that the wait should be a long one.

But the prevalence of moderate influence within the cabinet has helped entrench the perception among the Liberal grassroots that this Government is Liberal-lite.

That for all its talk of backing business and its years of railing against government spending, it’s as happy as its Labor predecessors to build its budget surplus on ill-gotten taxation gains.

In that context, yesterday’s public flogging of the land tax changes by Liberal members on the Adelaide City Council was significant, and the contribution of one councillor of particular note.

Alexander Hyde is the first right-winger to publicly criticise the Government’s handling of the land tax agenda. It’s unlikely he’ll be the last.

Hyde, a former staffer for federal MP Nicolle Flint, is regarded in the party as a rising star, and rising stars aren’t generally inclined to trash their brand.

Thus, it’s probably fair to see Hyde’s assertion that land tax aggregation has “hit our base hard [and] there are some pretty angry people” not as a a brand-tarnishing exercise, but a brand-building one.

The mobilisation of the restless Right was also evident last night, when the faction seized control of the Liberal women’s council, with Laura Curran defeating Anne Ruston staffer Bernadette Abraham for the presidency, and replacing Christopher Pyne-aligned Hannah March (who didn’t run).

That role carries with it a seat on the party’s state executive – giving the Right a one-vote hegemony – and the takeover could also shift the power balance on the state council. 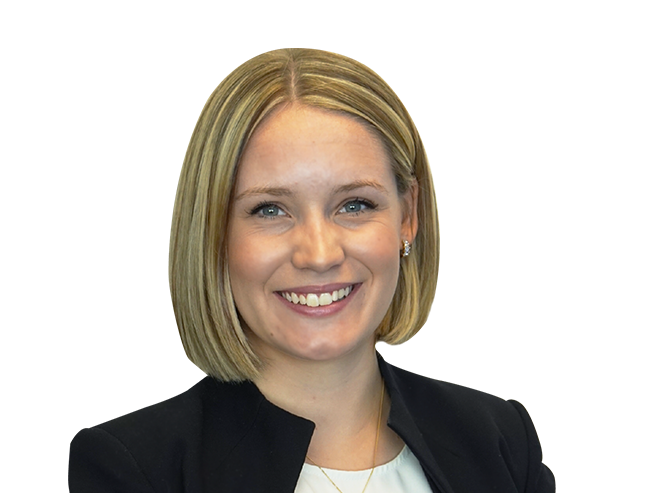 Marshall has thus far refused to hose down any of the issues that continue to dog his Government. Even this week, he reiterated his non-answer on the future of Thebarton Theatre, telling ABC radio “there’s an investigation away [and] I’m not going to pre-empt the outcome of that process partway through the investigation”.

A telling thing about the Government’s travails: while Labor continually fell foul of events beyond its immediate control – events often precipitated by longer-term policy failure – all of this Liberal administration’s current PR woes are of its own making.

They are the inevitable backlash to deliberate decisions, and failures to adequately sell them to those they (potentially) affect.

All, that is, except the robo-call gaffes, which are essentially the failures of a private contractor for which Marshall was forced to account.

That’s the irony. But in a week in which nothing much went right, they provided a potent symbol of a Government losing control.

There is plenty of time to change that, of course. To refocus the agenda, and better articulate it.

But the forces of opposition are mobilising – not outside the party, but within.

And it’s not like factional divisions haven’t seen the downfall of first-term Liberal Premiers before.

Although surely that won’t happen again.

After all, for the party to implode in government once may be regarded as a misfortune.