If you make money by going to work, you pay tax on that income and that’s fair enough: it is the price we pay for living in a country that offers such things as roads, police, education and healthcare to all its citizens.

If you have multiple jobs, your ultimate tax liability is calculated on the combined overall income at the end of each financial year and, again, that’s fair enough. Having 10 jobs that each pays you $10,000 a year would be unorthodox, but it doesn’t make you any less well off than someone earning $100,000 a year from one job. It stands to reason then that you should end up paying the same rate of tax.

For some reason, though, when it comes to those who are fortunate enough to make money simply by owning capital investments such as land and property, many seem to believe that they should be allowed to break those properties up across complex and opaque ownership structures that minimise their tax liability by having each property taxed individually, rather than as a collective portfolio.

This is the loophole the Marshall Government is, quite rightly, trying to close.

In recently released research, The Australia Institute looked at the ACT Government’s bold 20-year plan to increase land tax rates across the territory, while simultaneously abolishing stamp duty. That report found, while politically controversial, the changes have proven to be publicly popular and that land tax is an efficient and productive way for governments to raise revenue.

Taxing land is effective for a range of reasons, primarily because it’s very hard to pick up a quarter acre block in Unley Park and hide it in the Cayman Islands. That enforced transparency may explain why property investors are so keen to maintain other strategies that reduce their land tax liability, such as through the creation of complex ownership structures that disaggregate their portfolios.

If these changes are not passed by the Parliament, it will be an unfortunate win for vested interest and pressure-group politics…

People and organisations that use tax loopholes have an obvious financial reason to contend that they should be left open and it is their right to make those arguments. It is also important for others to fact check their assertions.

A primary concern from the property lobby is that closing the loophole will increase taxes for their members. They say that an investor with three properties worth a combined $1.56 million could see their land tax bill increase from $1050 to $20,431 a year.

Far from showing a problem with the government’s proposed changes, that example actually shows how flawed the current system is, with the rate of tax being paid now at just 0.067 per cent. Having a tax that can be gamed so effectively, to the point that some investors are essentially avoiding it entirely, is both unproductive and unfair.

Another apparent concern is that investors will now abandon South Australia in droves and start snapping up land across the border in Victoria or New South Wales. The problem with that argument is that, as the Marshall Government points out, its changes are based on similar aggregation models that already exist in those jurisdictions.

Furthermore, the previous two state Budgets have included tax cuts for property investors that mean, even when the revenue clawed back from closing this loophole is taken into account, property investors will be paying less tax overall than they were previously. This government is actively choosing to take less money from some of the wealthiest South Australians, meaning they will have less to spend on public transport and hospitals, but still, many investors are unhappy.

While some government backbenchers and potentially influential crossbenchers are apparently concerned by the PR push from the property lobby, Australia Institute research has shown that regular South Australians are less inclined to support tax cuts and special favours for investors.

When asked recently what they thought was the best way for the State Government to make up a $517 million loss in GST revenue, two out of three voters backed increasing taxes on wealthier South Australians and property investors. 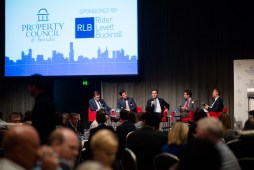 Similarly, in research undertaken in early 2019, nearly two-thirds of South Australian voters (63 per cent) said they believed that keeping funding for public services, like health and education, is a more effective way to create jobs and encourage investment in our state than a tax cut for property investors.

Closing the land tax loophole in South Australia is a simple and reasonable move that will, in part, help to make up for the significant loss of revenue that has resulted from previous decisions taken by this and other governments.

If these changes are not passed by the Parliament, it will be an unfortunate win for vested interest and pressure-group politics that will have a lasting effect on this government’s ability to enact meaningful reform in the future.