Thursday last week. The phone on the bedside table of Steven Marshall’s Copenhagen hotel room rings in the middle of the night.

The number comes up as that of his Treasurer Rob Lucas.

MARSHALL: Ah that’s great. I’m having a fabulous time. I was very pleased to meet her excellency Mary Ellen Miller – our Ambassador to Denmark, Norway and Iceland. Have you met her? She’s excellent. An excellent excellency.

MARSHALL: Oh, you should totally meet her. There’s great opportunities at the moment for South Australia to work together with Denmark, you know. Have you met Mette? She’s great. A great Dane, haha.

MARSHALL: Yeah, anyway Rob, what’s this all about. It’s a bit late over here actually. How’s things over there?

LUCAS: Well, that’s what I wanted to talk to you about…

MARSHALL: Have you got the Dorothy Dixers organised with the backbenchers for estimates yet?

MARSHALL: They are, aren’t they! Absolutely revoting. Between you and me, I’m quite glad I don’t have to talk to them most of the time.

LUCAS: No, I mean… they’re in revolt. About the land tax aggregation business.

LUCAS: I thought you campaigned on telling people to vote Labor.

MARSHALL: Yes, that too, unfortunately. But it was a good slogan wasn’t it? ‘Backing business to grow the economy’. It was one of Gannon’s. He’s good with snappy slogans like that. ‘Hard hats and steel caps’ – that’s one of his too. It’s a winner. Maybe you should get him in to brainstorm some ideas on how to sell this land tax loophole thing.

LUCAS: Well, I was going to mention this actually, boss. He’s gone rogue.

MARSHALL: Rogue? What do you mean?

LUCAS: ‘Metro’ and the Property Council are kind of leading the charge against us on this. They’ve got radio ads, an anti-government website, the whole works.

MARSHALL: What? That sounds serious. We’d better have a whip-round among the donors for a campaign war-chest to try and sell our message on this.

LUCAS: Well, that was the other thing. The donors are revolting too.

MARSHALL: Well, I don’t know about revolting, but a few of them are pretty filthy rich, lol.

LUCAS: No, I mean – a heap of party donors are saying they don’t want to give us any more money. They’re a bit miffed.

MARSHALL: Now Rob… you told me this was an easy sell. You said it was just about closing a loophole to crack down on rorters who weren’t paying their fair share. What’s going on?

LUCAS: Yes, yes, Premier. It is that. But when I said ‘closing a loophole’, I meant ‘changing the existing law’. And when I said ‘rorters’, I really meant… um… Liberal voters.

MARSHALL: You mean you told our voters they were rorting?

LUCAS: Well, they’re not any more.

MARSHALL: Not rorting any more?

LUCAS: No, not voting for us any more. That’s what they’re threatening at least.

MARSHALL: Well, can’t you just show them the modelling you’ve done so they know they won’t be worse off?

LUCAS: Well, I would but the thing is… we haven’t done any modelling.

LUCAS: But don’t panic – we’re waiting for some external, independent modelling from an outside agency. Very reputable. 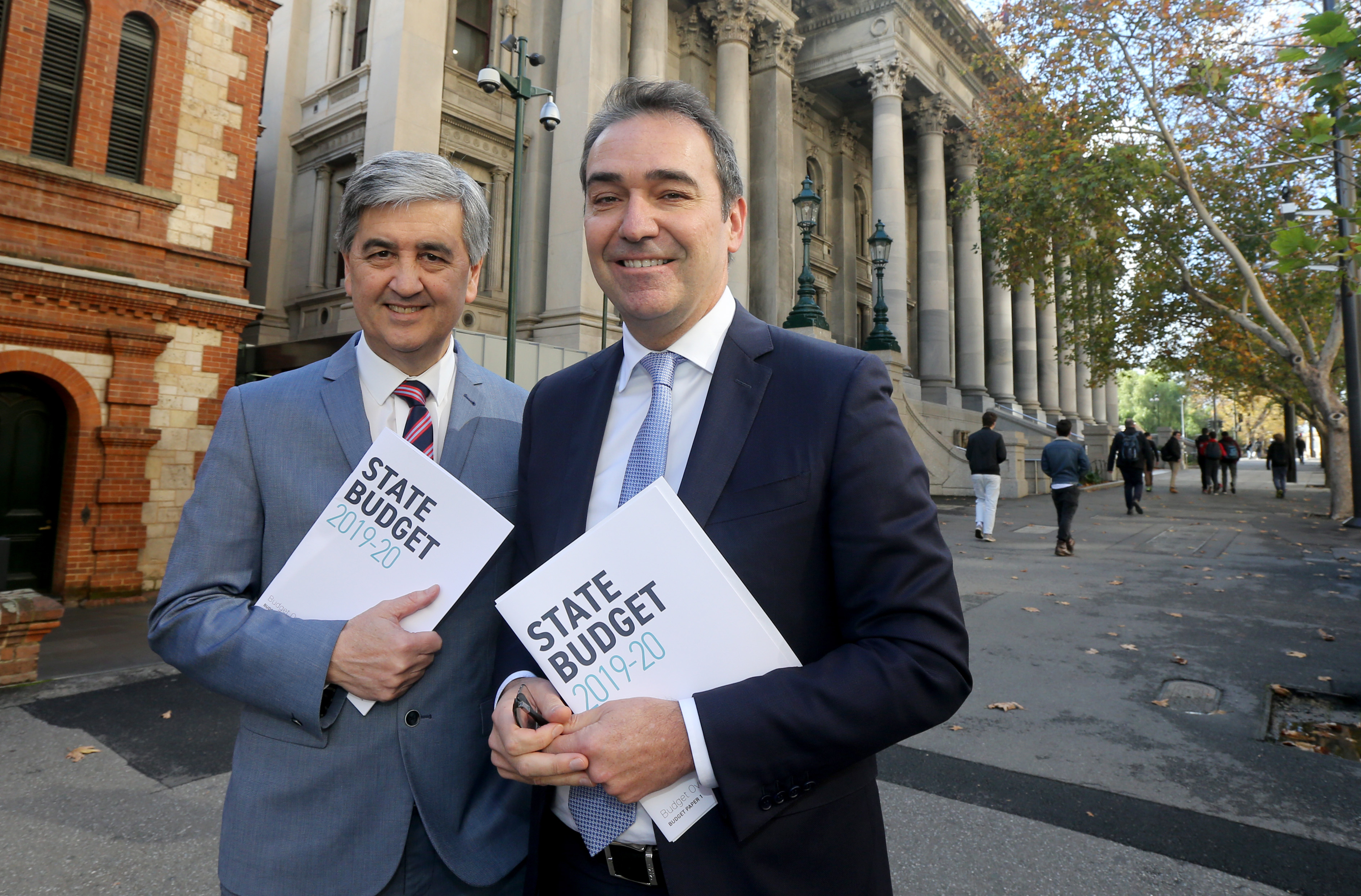 MARSHALL: Now, Rob. I’ve left you in charge here. I mean, I told Vickie she was in charge, but I’ve been trusting you to hold the whole show together.

LUCAS: Oh, of course, Premier. You can rely on me – I’ve been doing this a long time.

MARSHALL: I know, Rob. You’re my most experienced adviser.

LUCAS: Absolutely. I’ve seen it all. I was there when we rolled our most successful premier and then almost lost the next election in ’97.

LUCAS: And I was there when we refused to bow to Peter Lewis’s demands, saying we’d rather go into Opposition.

LUCAS: I was there when our finances were so bad we could only afford one TV commercial in the ’06 campaign, and it had a typo in ‘Labour’.

LUCAS: Ah yeah, I can never get that right. But the point is, I know more about selling a campaign than anyone else in the party. 2010, 2014… I was there for all of it.

MARSHALL: Um… yes. Actually, I’ve just had a thought about something. Can I give you a call back?

LUCAS: Sure thing, Premier. You go and get some rest. And don’t worry about anything back here. I’m taking care of everything – personally.

*AUTHOR’S NOTE: This sketch is an homage to/rip-off of a similar one that Rex Jory wrote for The Advertiser in 2003. It is probably not a true reflection of a genuine conversation.