Towards the end of his main set, before the obligatory fake encore, after which he returned to play his obligatory breathtaking take on Leonard Cohen’s “Hallelujah”, Jeff Buckley made his sole stab at small talk.

You sensed he was starting to loosen up, to warm not merely to his task but to the enraptured Adelaide crowd.

And then, as he started to show a little of that gentle soul to the audience, some boorish dickhead in the balcony seats stopped him in his tracks.

Or in so many words, “we’re not here to share a quiet moment with you – just do your job, champ”.

Visibly wounded, the troubadour had no response; no snappy retort.

He simply shrunk back into his shell, and obediently pushed on with his set, while the rest of the crowd cringed with embarrassment for him, and us.

That was 1996. A year later, Buckley was dead, drowned in the Mississippi after an impulsive dusk dive into the Wolf River channel.

I’ve often wondered if that guy in the audience ever thought back on that moment with regret.

On a moment in time that he can’t take back.

It was nonetheless, a fairly magical performance, made more so for the subsequent knowledge that it can never be repeated.

It’s one of those moments infused with the distinctive aura of its venue, Torrensville’s Thebarton Theatre.

That Buckley gig was one of my “Thebby moments”, those transcendent shows that linger long in the memory and the psyche. The first time I saw Nick Cave play live was at Thebarton Theatre in 1995, and I was hooked thereafter, for a time at least.

Not all “Thebby moments” are so positive; that same year’s visit by “Live Through This”-era Hole saw the recently-widowed Courtney Love allegedly sexually assaulted by a member of the crowd when she dived into the seething mass of bodies; her response was to summon the alleged offender onto the stage and wildly attack him.

But the point is, many South Australians of a certain age have their own “Thebby moments”.

For many, they’re part of the rite of passage of being South Australian.

The institution has been under attack for some time now. The previous Labor administration threw it to the wolves by building a similar-sized competitor adjacent to the Adelaide Entertainment Centre – right around the corner, and with public money. 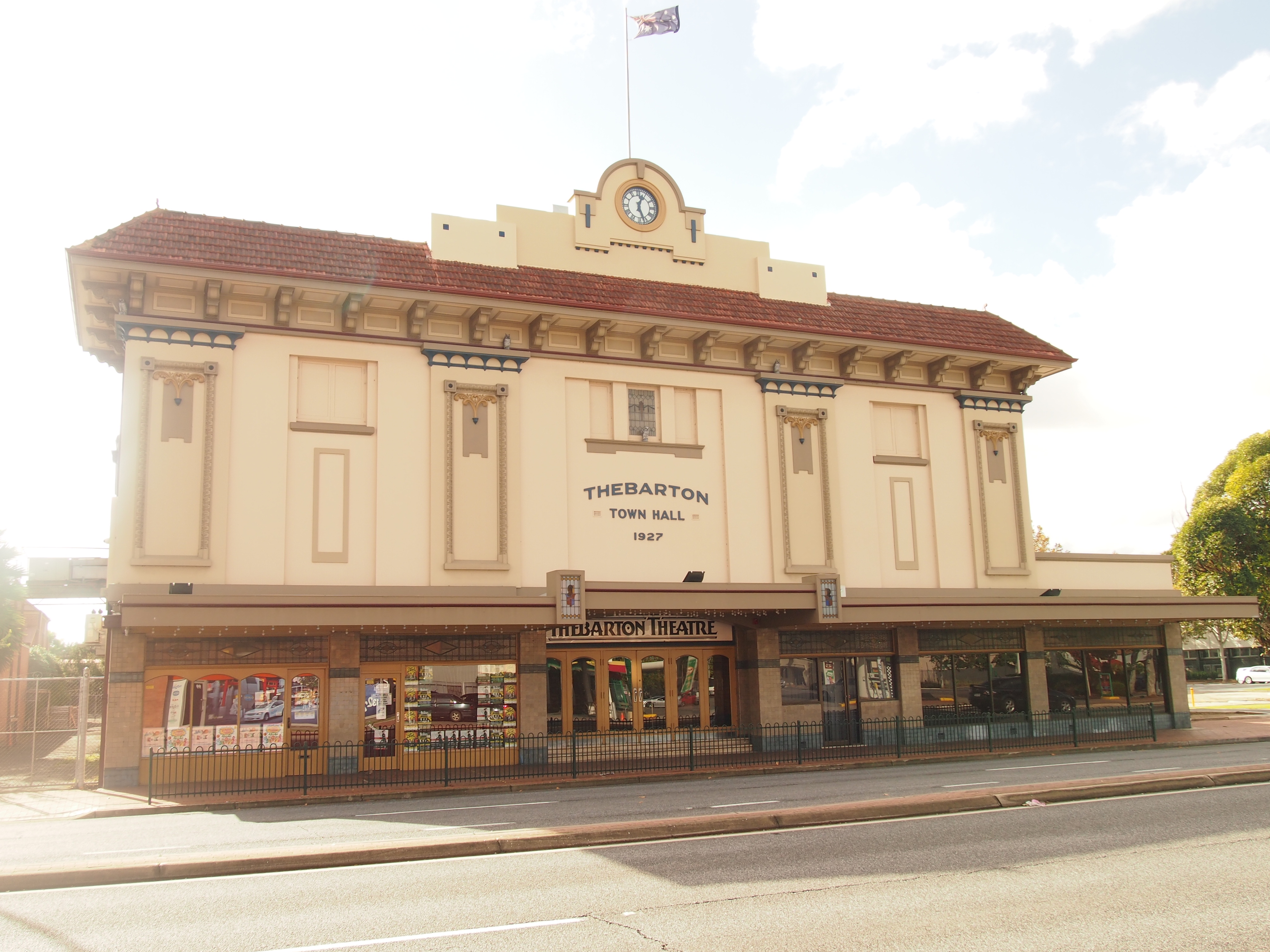 Thebarton Theatre made the news this week, not for anything the Government’s doing, but for something it could not bring itself to do: namely, guarantee not to destroy it.

It was a most unusual case of political inertia, first arising from an article in this week’s Sunday Mail that mapped the likely build zone for the proposed final stretch of the South Road north-south corridor and found that a number of heritage-listed properties might be affected, depending on the design.

These included the Holder Memorial and Queen of Angels churches, the West Thebarton and Maid of Auckland pubs, the Kilara Primary School convent and chapel – and, of course, Thebarton Theatre.

But it was the latter that generated the broadest public antipathy. By Monday an online petition had already garnered tens of thousands of supporters. As of today, more than 50,000 have backed the entreaty to “Save Thebarton Theatre From The Bulldozers”.

The fact that there are actually no bulldozers currently moving in on Thebarton Theatre is evidently beside the point.

But the strangest thing in all of this is that the Marshall Government has been content to simply let the speculation run wild.

By its own refusal to guarantee the future of Thebby, the Government has allowed itself to be seen as the author of its impending demise

Responding to the Sunday Mail, Stephan Knoll from the Ministry of Stuff-Ups (aka Planning, Transport and Infrastructure) offered cryptically: “It is very premature to speculate about which properties could be affected as we are yet to receive the business case and are still a while off the design phase.”

He pointed out that there were three possible designs being considered, the more expensive of which would involve less compulsory land acquisition.

By the next day, once it was clear Thebby’s prospective fate had become a bit of a zeitgeist issue, Knoll was off on leave, and it was left to stand-in Minister for Stuff-Ups David Speirs to strongly reiterate the Government’s ambivalence.

“This is a very premature discussion and it’s far too early to speculate about which properties may be impacted by the North-South Corridor project,” he said of the prospect of Thebby biting the dust, albeit sympathetically conceding the theatre “is a cultural icon and the design for this project will consider many factors, including local and state heritage listed properties”.

If you’re not reassured by this less than fulsome declaration, it may be because you remember the last time David Speirs infamously weighed in on a state heritage matter.

In his regular gig as Environment Minister, he had Port Adelaide’s saw-tooth Shed 26 removed from provisional listing in the Heritage Register, paving the way for its demolition earlier this month. 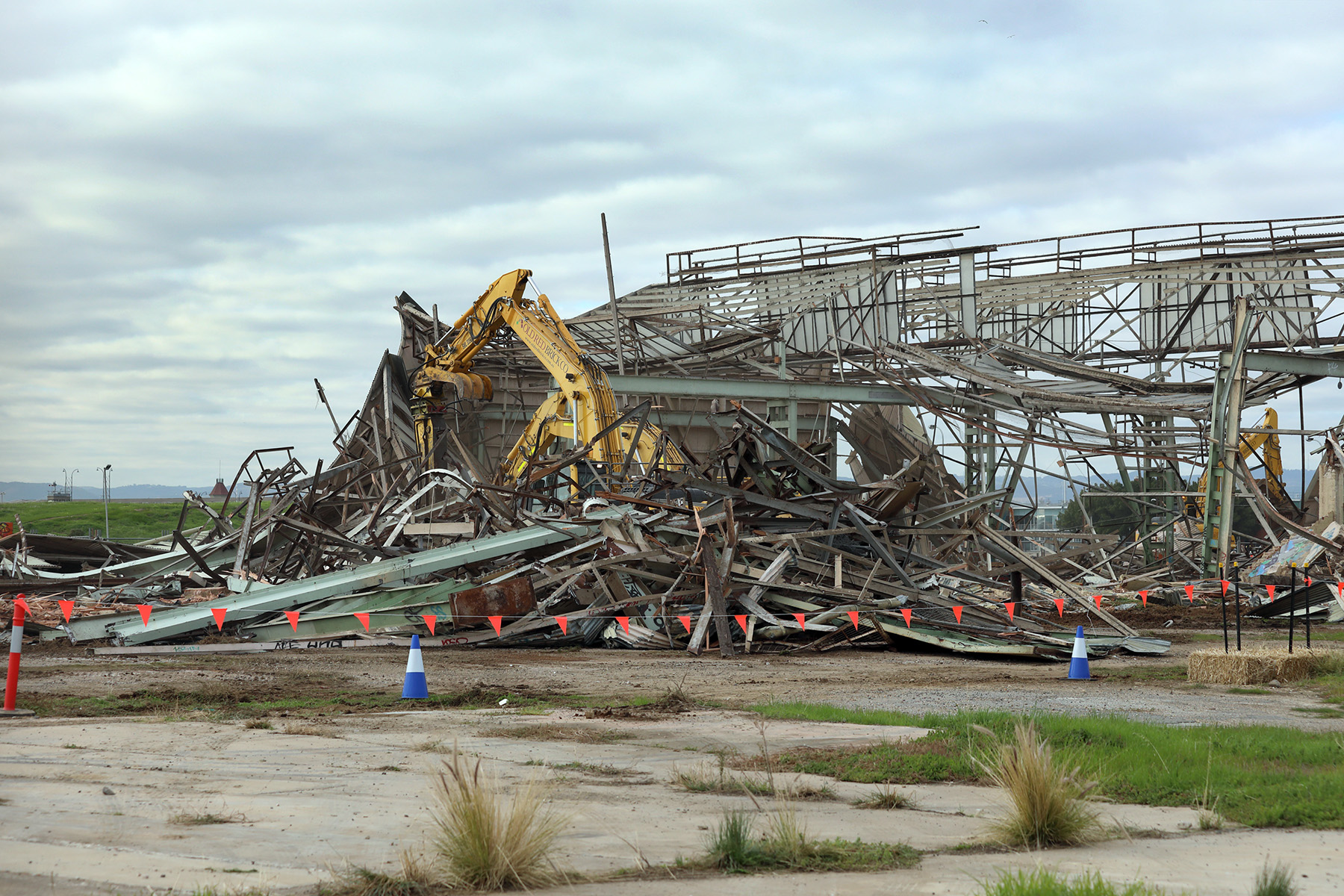 Another one bites the dust. Photo: Tony Lewis/InDaily

The rationale? While he recognised “the importance of Shed 26 to the local community” and was (clearly) “extremely sympathetic to the adaptive re-use of heritage”, he didn’t want to stand in the way of prospective development.

“If the listing were to be confirmed, there is a risk that the proposed development would not proceed or at least would be delayed for some time,” he said at the time.

“This to me cannot be justified.”

So it’s probably fair to suggest that Speirs offering reassurance about the heritage value of Thebarton Theatre without a guarantee it won’t be bulldozed for much-needed infrastructure development doesn’t exactly fill one with confidence about its future prospects. 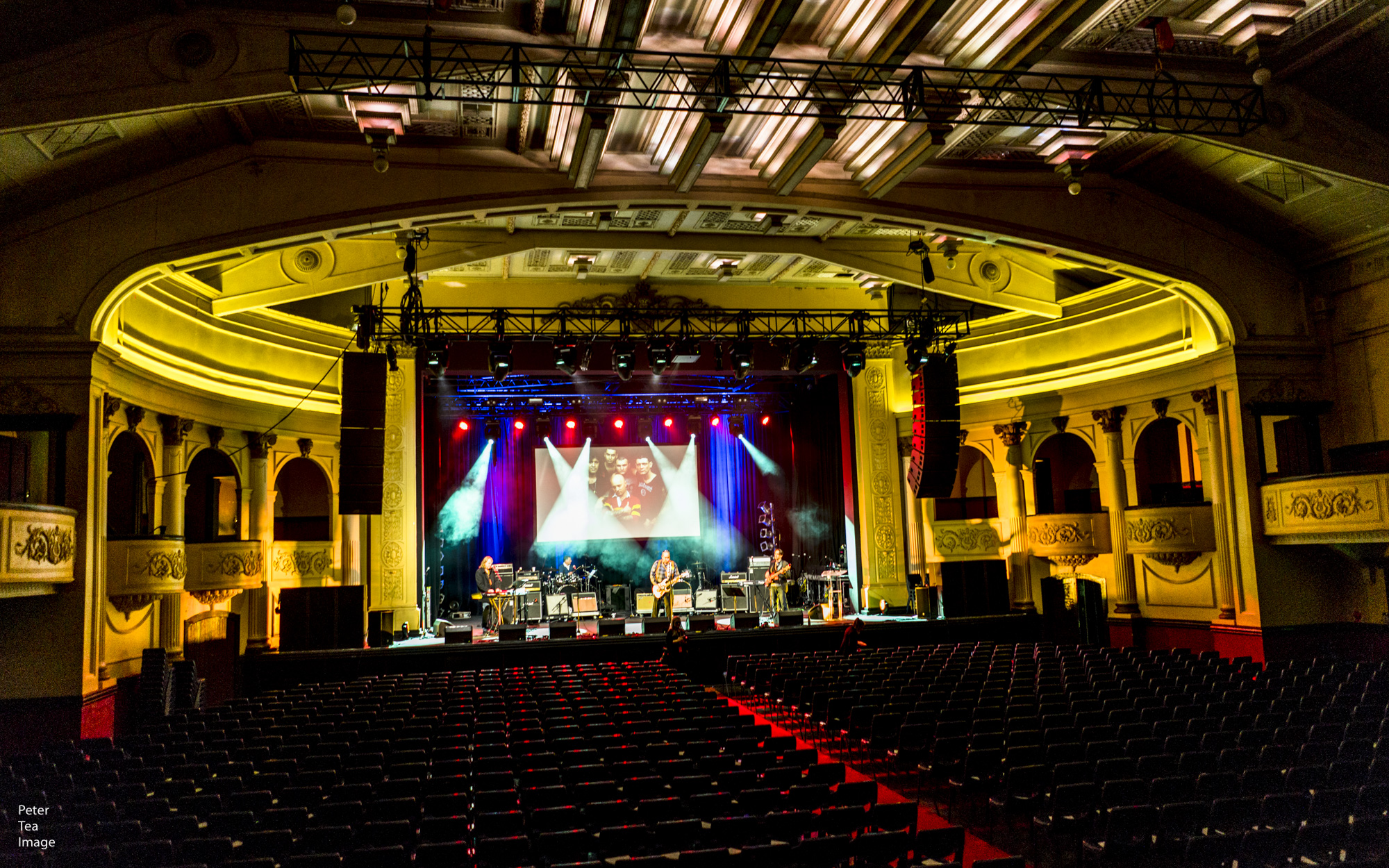 “So are we,” he helpfully added.

“Now let’s address recent media reports suggesting the Thebby will be put in jeopardy as a result of the Torrens to Darlington upgrade.”

He then proceeded to not address the recent media reports suggesting the Thebby will be put in jeopardy as a result of the upgrade, again broadly speculating about the various options on the table and pledging to “extensively consult with key stakeholders and the broader community regarding these upgrade plans”.

All without even attempting to quash the notion that the Government had a bulldozer with Thebby’s name on it, figuratively speaking.

It’s likely there’s no particular plan to smash down the live music venue, but the refusal to commit to saving it has allowed the notion to crystallise that such a plan exists

It’s hard to know what to make of all this.

The tactical nous exhibited by the Liberal administration thus far in its 16-month run suggests this week’s morass is likely the result of lethargy rather than strategy.

Of stuff-up, rather than conspiracy.

A breakdown in communication, perhaps, or the unwillingness or inability to make a firm decision with so many ministerial heads missing.

It’s likely there’s no particular plan to smash down the live music venue, but the refusal to commit to saving it has allowed the notion to crystallise that such a plan exists.

Can't believe that the City of Adelaide is planning to knock down the Thebarton Theatre. I've had some great nights there and hope to play the iconic venue again someday. Sign the petition and save the Thebbie! https://t.co/ymzPq9T7UW

After all, the Government has form.

The razing of Shed 26 and various budget savings measures impacting on the performing arts have helped cement the cliché of the Liberal administration obsessed with development over history and budget stringency over culture.

Mind you, it’s possible – just possible, of course – that this is all some cunning plan, and the Government is hoping to garner political plaudits by sailing in at the last minute and liberating the building from the developers’ wrecking ball.

That this whole controversy is like a political version of that obligatory fake encore – all for show, always knowing they’d be back to play the tune you want to hear.

But if that is the plan, it’s a pretty stupid one.

For already, by its own refusal to guarantee the future of Thebby, the Government has allowed itself to be seen as the author of its impending demise – even if no such decision has been or will be taken.

Any definitive statement guaranteeing its survival now won’t be perceived as anything more than a backflip in the face of fierce community opposition.

The Government obviously feels it was elected with a mandate – a duty, even – to hasten progress in a state culturally and psychologically averse to change.

I get that. And I appreciate it.

But that doesn’t mean tearing down the things that make our state unique while we’re at it – the things that have helped provide the emotional bedrock of growing up in Adelaide.

As Living Colour’s “Open Letter (To A Landlord)” put it, “you can tear a building down, but you can’t erase a memory…these houses may look all run down, but they have a value you can’t see”.

Which reminds me: Living Colour, 1993. Another “Thebby moment”.

And the Libs appear to have got themselves, as U2 might put it, stuck in a Thebby moment they can’t get out of.

For no matter how necessary we all know the north-south corridor project is, no matter how convenient its completion will make traversing the state’s busiest motorway, no matter how much economic impetus it will generate – there will never be a road built that South Australians will love the way they love Thebarton Theatre. Let alone their local school, church or chapel.

Let’s hope we don’t spend many years hence regretting a single crass decision of government, the same way I like to think that idiot in the Thebby balcony seat regrets his impetuous heckle on that magical night back in 1996.