The doors have closed at the agency that held South Australia’s fledgling brand in its care. The Marshall Government has taken custody of SA’s brand through its Department for Tourism, Trade and Investment.

David Ridgway, SA Minister for Trade, said the decision to end the organisation’s funding reflected a push to concentrate South Australia’s marketing and promotion efforts on interstate and overseas markets.

“Following the Joyce Review, we have decided to focus our state promotion efforts on interstate and international markets – rather than within the state itself – which we believe will have significant flow-on benefits to drive economic and jobs growth,” he said.

The decision to reallocate $1.6 million of annual public funding was widely questioned and quickly met with an outpouring of support for Brand South Australia. The affection for Brand SA was palpable yet it seemed to vindicate the government’s conclusion that promoting the state’s brand locally was detrimental to the brand’s very purpose.

As Brand SA’s door shuts and the dust settles, a new narrative for South Australia is beginning to emerge.

In its decision, the government has signalled a new moment in South Australia’s coming of age story. In nature, the parent decides that the youngster is ready to progress and, with tough love, it is shown the door. Our state’s young brand will soon leave its warm nest, go out into the universe and fulfil its destiny.

Brand goes beyond a logo – in our case, a $1.3 million logo symbolising a state “open for business”. Brand is a collective perception, an internal and external opinion of personified identity. Custodians of a brand try to influence this perception through messaging and marketing; ultimately, it is the collective – all of us – who determine a brand’s identity.

Political doors revolve. Irrespective of the government of the day, South Australia’s brand and its reputation are the community’s to shape and to protect.

If South Australia’s brand is to come of age then SA’s global pitch must mature with it. The state’s pitch, or strapline, must go further than simply complement the sentiment of the logo. SA’s pitch must strongly and clearly articulate our unique value proposition.

The immediate challenge now is to determine SA’s identity. 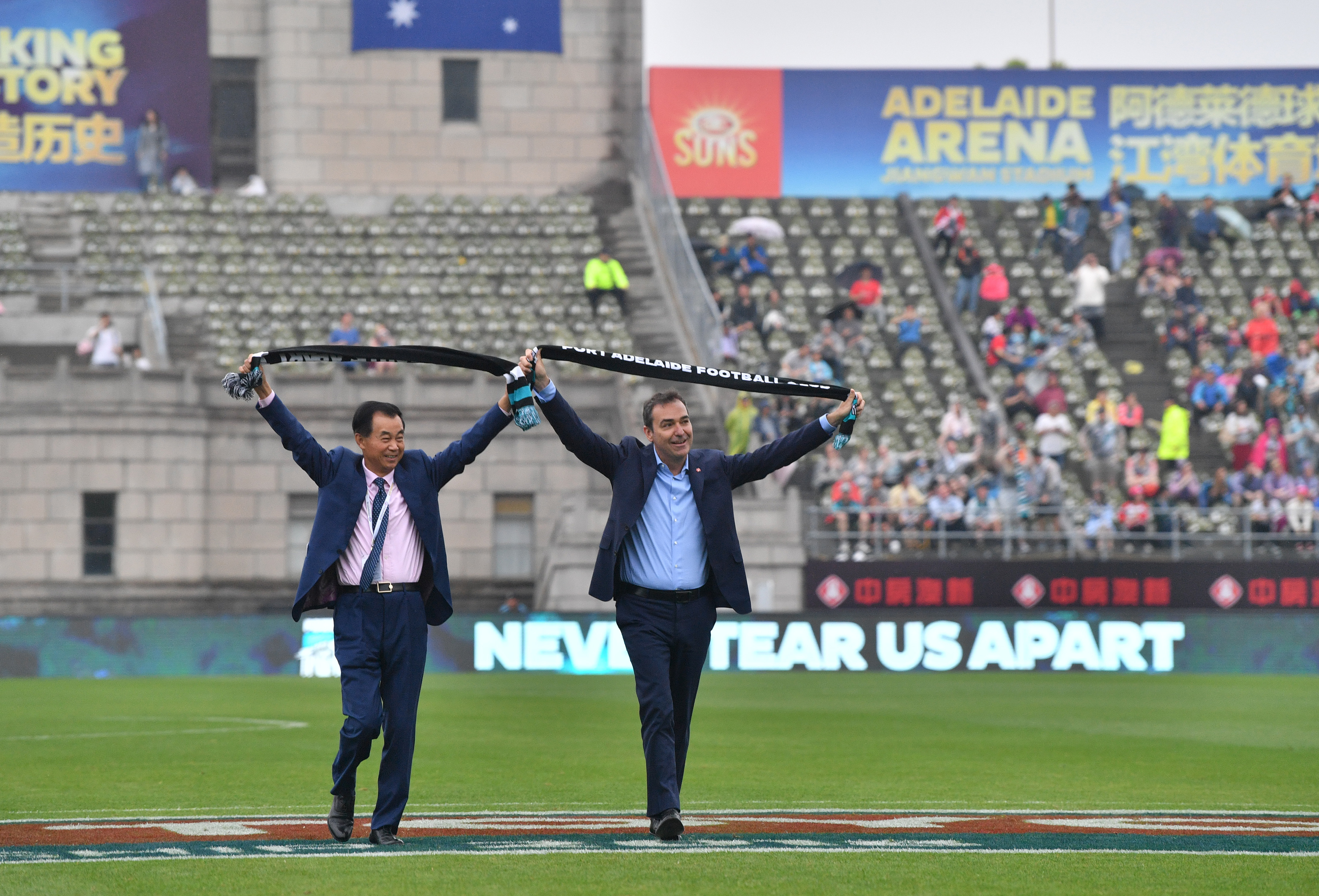 The words that introduce South Australia to the world are important – very important. These words begin to define and represent who we are, who we want to be and how we want to be known. SA’s brand pitch will form a part of our own individual identities. These words will become a reference for how others will expect us to interact with them.

We’ve had several attempts to position South Australia’s value proposition: The Wine State, The Defence State, The Festival State, The Creative State, Gateway to the Outback. Fortunately, these well-meaning attempts were playfully practised in our own backyard and not on the world stage.

SA certainly has great wines, a defence contract that holds the economy together and world-renowned arts festivals. But South Australia offers the world something more valuable – a unique difference that no other place on the planet can boast. South Australia has South Australians.

Brand South Australia was widely loved. If you dealt with the agency you did so through its amazing people who, as individuals, were authentically committed to helping others succeed. South Australia is adding value through its people all the time. Although this customer-centric mindset is not unique to Brand SA, South Australians are uniquely well connected, and it is this connectedness that is the point of difference.

A recent social media poll asked people to describe the characteristics of South Australians. In the response, two words resonated: authentic and connected.

South Australians know the in-joke that people are separated by six degrees in the rest of the world but, in SA, it’s two degrees. Actually, being connected is a highly valuable attribute. Being connected makes it easier to do things and to get things done quickly.

The Marshall Government wants Gross State Product (GSP) to rise from 2 per cent to 3 per cent. It is a bold aspiration and, if achieved, will win the first-term government-wide applause. If South Australia can move from the laggard end of the national economic performance tables, then the entire state will become energised.

The GSP ambition requires many more products to be sold outside of the state and for much more money to flow into the state through investment, tourism and international students. SA’s relationship with the rest of the world has just become 100 per cent more important and this is the reason why the state’s brand is moving directly to Minister Ridgway’s portfolio. The opportunity requires building South Australia’s brand and must include SA’s value proposition.

If South Australia wants to increase trade performance, to grow international students and visitor numbers, to attract innovative business and to lift GSP, then we must recognise and leverage our number one asset – our people.

South Australians are this state’s major feature. It is through our people that we add value to products and services. SA’s investment and business ecosystem is supported by people who want to help the world succeed.

The door is open. This real opportunity requires South Australians to identify their strengths, build on them and share them with the world.

Nick Leaver is partnership director of Identity AU and immediate past executive officer of the Southern Adelaide Economic Development Board.

Solstice Media, the publisher of InDaily, has taken on several Brand SA programs, including the Regional Showcase and Hello from SA.