Unusually clear, blue skies welcomed Port Adelaide’s players and coaches upon their arrival in Shanghai on Wednesday. Spring has arrived in this vibrant but charming city. Australians with an interest in China will hope the tired metaphor of spring and new beginnings is apt. This important relationship stands to benefit from fresh ideas and renewed energy. The winter was relatively long, with little sunshine to distinguish from the gloom.

This year, the AFL match will be the final event of the Festival of Australia, a two-week program of activity. More than 40 events have taken place across 10 cities. The AFL match between Port Adelaide and St Kilda at the Adelaide Arena at Jiangwan Stadium on Sunday is the last event on the program, and has attracted Australia’s new Minister for Sport, Tasmanian Senator Richard Colbeck.

It will be an apt end to the Festival of Australia, which promotes Australia’s commercial as well as cultural strengths. The AFL game is sold out. The gala dinner, also, is sold out.

Many of the significant economic actors in the bilateral relationship will be present with companies including Cochlear, Rio Tinto and Penfolds present. Some heavyweights of the Chinese business community will also present, including Sinopec and Shanghai Electric. And, of course, Gui Guojie and Sanjeev Gupta will be there.

Sporting events provide the opportunity to balance formal business relationships with a more relaxed context – greater trust and understanding can be developed in this setting, During formal business meetings in China, one side sits opposite their counterparts. At the footy on Sunday, Australians will sit alongside their business partners. The game is a meaningful way of introducing Chinese partners to Australia.

It appears some fans of round-ball sports are frustrated at the media attention the annual AFL match in China attracts. It is unarguable that other sports have far greater international currency. But none are cultural differentiators like Aussie Rules. The AFL game in China is a platform through which people, businesses and governments can come together in a spirit of friendship. The Festival of Australia, which started just days after the recent federal election, is well-timed. 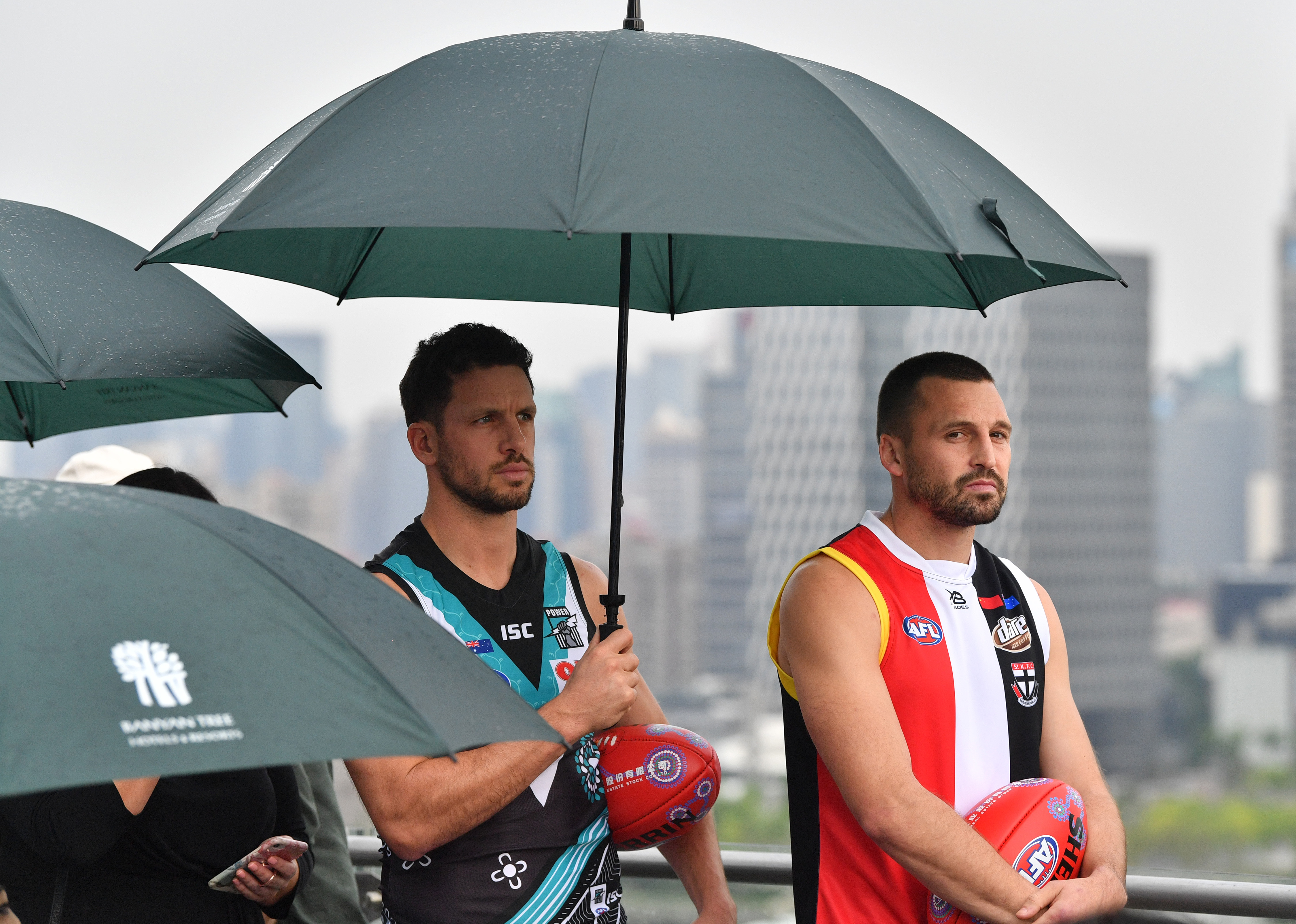 China is many things to Australia. We need not view it through the limiting dichotomy of friend or client. Business partners can become friends. Indeed, successful and enduring business relationships are usually built on a foundation of trust and understanding. Are we serious about the vast human and economic opportunity that China presents?

Peter Arkell is managing director of China-based consulting company Carrington Day. He speaks of the need to cultivate a deeper understanding of China.

“I cannot think of a single ASX 200 company that has an independent board director who has current on-the-ground experience in China,” he laments. “If that’s the case, there is no major Australian listed company that has serious awareness or ‘granular feel’ at the board level for the China market.”

More than on previous visits, there are growing concerns about enduring trade tensions between China and the United States. This may be an opportunity for Australia. Some sectors will be adversely impacted but others, such as education, may benefit. It is in Australia’s national interest to continue to develop a more moderated, nuanced approach.

In many ways, the Australia-China relationship is becoming more complex. The number of Australians with Chinese heritage is growing. Connections born of decades of intensive migration and other forms of interactions, through education, tourism, sporting and cultural exchange, should be narrowing the distance between our two peoples.

The reality, however, remains that our two worldviews have been formed in fundamentally different political, economic, cultural, linguistic and economic contexts. The relationship is complicated but consequential.

An enduring commitment to deeper intercultural understanding will help inform important decisions and challenges to come. It will also help us to appreciate and grasp the incredible opportunities within Australia’s reach.

This is the story I suspect many Australian business leaders and footy fans will tell upon their return from Shanghai.