And despite our most fervent wish that the business of government is the far nobler and more important cause, it also seems a reasonable proposition that success in politics trumps success in government.

How else can we explain the fact that, again and again in our national life, administrations have found themselves paralysed by toxic ambition and ideological inertia, and yet been returned to power?

At the time of Scott Morrison’s ascent to the Liberal throne, the party appeared ungovernable. It was, in effect, two parties uncomfortably squeezed into one, whose ideologies and ambitions were almost fundamentally incompatible. And that, before you factor in the whims of their junior Coalition partner.

Mind you, this doesn’t necessarily mean an awkward consensus can’t be fashioned: Labor has managed to do so between its Left and Right factions to varying degrees every time it has governed with any success.

But the removal of Turnbull, as I noted at the time, wasn’t done with the primary aim of winning the next election, or even mitigating the extent of defeat. It was a power grab for the very soul of the Liberal Party, an assassination less to heal divisions than entrench them.

The consistent (and consistently-misleading) polls aside, this was a major reason the Liberals appeared on a hiding to nothing.

The old adage, long proven, tells us disunity is death; and this was a party openly, defiantly divided.

Australia at the moment is a country divided: politically, culturally, economically

That could be where the template for political success was broken in this federal election.

Much was made (by people implacably opposed to both) that Morrison’s victory echoed Trump’s in the US, because it was broadly unforeseen and achieved by some cunning demagoguery.

But the more potent echo of the US points to another reason that the Coalition succeeded, counter-intuitively, not despite its divisions but because of them.

For Australia at the moment is a country divided: politically, culturally, economically.

The latte Laborites’ finger-pointing at Queenslanders who voted en masse for ScoMo is eerily reminiscent of the despondent Democrats who blamed the Deplorables in Michigan, Pennsylvania and Wisconsin for Clinton’s campaign failure. 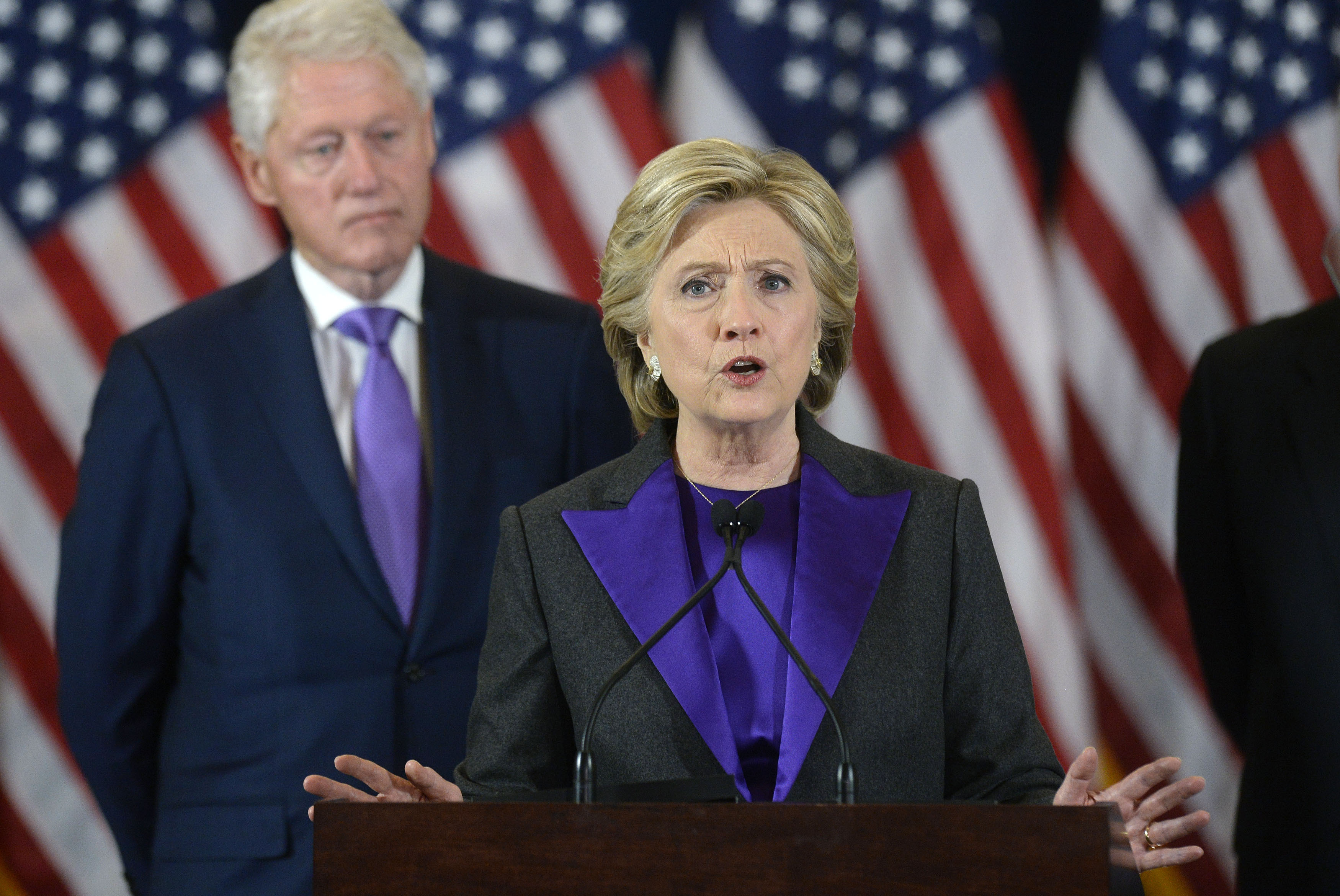 And it re-emphasises a point made by Adelaide ad-man David O’Loughlin, whose firm kwp! created the campaign pitch that helped cruel Labor’s hopes: “What’s different from state campaigns with federal ones is the nuances between the states and regions.”

In this case, the difference was about as nuanced as a slap in the face (which, ultimately, is what Bill Shorten was delivered).

The anti-Adani message, for instance, may have played well in Victoria’s metro Green belt, but it was poison up north; and in the end, Labor chose to traverse the middle of the road and got knocked down by traffic going both ways.

As Labor veteran Mick Atkinson points out, his party attempted a similar game in 2004 of playing politics in one state to win seats in another, with then-Leader Mark Latham pledging to protect Tasmania’s old growth forests – prompting the ALP vote to collapse in blue-collar Tasmanian seats.

The numbers for success may be small, but they appear impossible to shift

Considering what was at stake (very little) I was astounded both leaders spent so much time in Adelaide during the campaign.

SA has 10 federal seats – Queensland has 30. Moreover, only one of those 10 was in danger of falling, and in the event the margin in Boothby retreated from a nominal 2.8 per cent Liberal advantage to 1.5 per cent – despite both parties throwing the kitchen sink at the seat.

That might suggest Boothby is a lost cause for Labor, the electoral equivalent of trying to shed those last five kilos after a crash diet.

The numbers for success may be small, but they appear impossible to shift.

Which could be a microcosm of the problem facing the ALP.

Morrison’s victory will go down in folklore as a victory for his fabled “Quiet Australians”, his spin on Menzies’ Forgotten People. However, as a friend put to me after last year’s spill, the notion of a “forgotten majority” may make a good narrative, as fiction often does, but closer to the truth is an Australia comprised of diverse electoral pockets “stuck in their own echo chambers”.

Winning votes in rural Queensland while winning votes in metro Victoria doesn’t require a unified message. It requires contrasting voices yelling their mantra so loudly that they all but drown each other out.

If we’re governed by a Liberal administration that is two parties squeezed rambunctiously into one, perhaps that is apt for an Australia that increasingly resembles a continent of two countries.

What it means for Labor – a party that has won a national parliamentary majority just once in nine general elections since 1993 – is a question that should give the new leadership team nightmares.

If we’re governed by a Liberal administration that is two parties squeezed rambunctiously into one, perhaps that is apt for an Australia that increasingly resembles a continent of two countries

But it can also explain why no incumbent Liberal Government should take too much heart from the national poll.

In Opposition, Steven Marshall used to doggedly stick to the electoral formula he’d learned as mantra: there’s no point shouting into a vacuum. There’s nothing to be gained from setting the agenda three years out from the next election, when no-one’s paying attention to what you’re saying until three days out – as he proved in 2014 to his detriment.

Still, it’s difficult to get a handle on his Government’s current trajectory.

With the federal election out of the way, we’re back to the usual round of pre-budget revelations – with the Libs doing nothing to dispel the notion that we’re in for an almighty tightening of the proverbial belt.

Indeed, there were so many nasties embedded in Rob Lucas’ press conference announcement last week about increased fees and charges, that the bad news is still filtering out as we speak.

For the second year running, there are blowouts across health, child protection and TAFE.

Labor has managed to get a clear seven days highlighting the dire consequences of different hikes, among them a “tradie tax”, new imposts on bars and clubs, increased mining licence fees, a “police rent tax” at sporting venues and hiked-up hospital car parking.

While many words spring to mind about this vision, “achievable” is not one of them.

If it’s true that there was no single narrative that won the federal election for the Coalition, Morrison at least harnessed the various threads within a relatively coherent whole.

At the moment, though, there’s nothing coherent about what the Marshall Government is selling.

For most of Labor’s 16 year SA tenure, the Liberals banged on about reducing the cost of living and the cost of doing business. As it stands after a year in power, their biggest strike on the Cost Of Living front is to reimpose the remission on Emergency Services Levy bills that Tom Koutsantonis only got rid of four years earlier.

But, confronted with a significant shortfall in GST revenue, the Government’s response is to impose $79 million in extra fees, taxes and charges on a broad sweep of the SA population, including home-buyers, small businesses, big businesses and commuters – for whom the impost is such that the Liberal Party’s social media handle was this week talking up a $148 annual fee rise as a good thing!

FACT: For daily travellers, the 28-day pass gives unlimited travel on bus, train and tram services. The annual cost increase for those moving from the 2-section fare to the 28-day pass is $148.

Of course, the easier course of action would be to cop the budget deficit, blame the feds and plot a course back to surplus.

But the Government has, perhaps foolishly, all-but staked its reputation on that old political chestnut, the “back in black” Budget – and would evidently rather annoy several sections of the community at once with tangible cost increases than wear the ignominy of a broken pledge that has little tangible effect on anyone.

All of which could be all very well if it comes together in some kind of coherent vision on June 18 (or sometime thereafter).

But for now, it’s difficult to gauge where the Marshall Government is pitching its next election gambit. 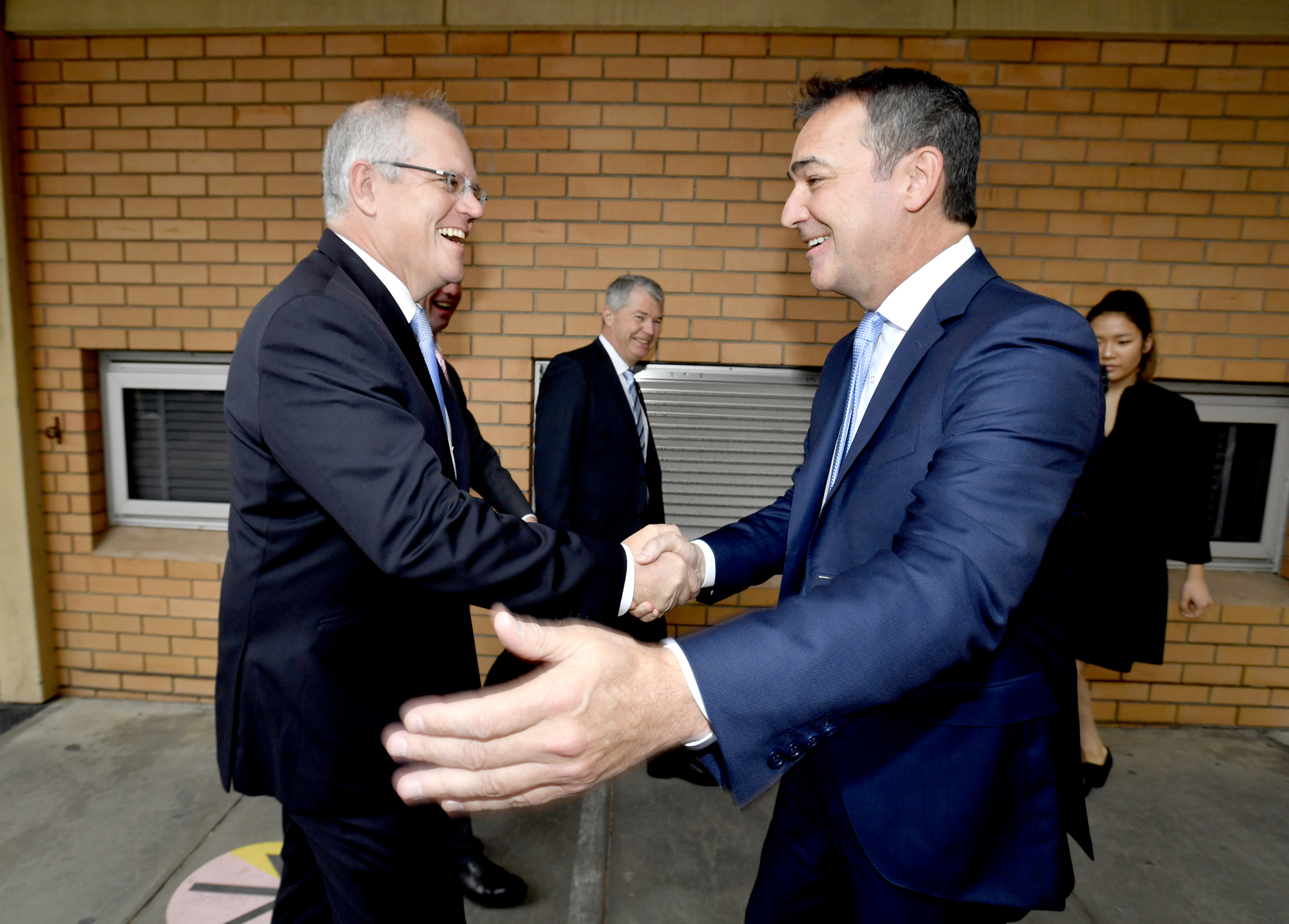 When a Liberal Government is not merely annoying the usual suspects but prompting a “deeply concerned” mining lobby to bemoan its policies as “a disincentive to investment”, it’s pertinent to ponder how far its vision for government goes beyond the obligatory balancing of books.

If there is one, it could certainly do better at explaining it.

After all, as we’ve seen, you don’t have to excel at government to succeed in politics.

But if you can’t manage the latter, you won’t get to do much of the former.