He spoke, he said, for the Quiet Australians, and Scott Morrison has quietly engineered a political miracle for the ages.

After all the polls, the interminable buildup, the leadership spats, the recriminations and the slow, inexorable recovery, it feels like we’ve all just endured a collective national journey whose final destination was simply to remove Tony Abbott from parliament.

An election result so remarkable barely deserves an old cliché but that standard refrain about “show business for ugly people” appears apposite.

But the Australian Liberal Party today can boast the nation’s greatest practitioner of show business for ugly people.

The feat Morrison pulled off on Saturday – a feat unrivalled, really, since Keating’s ‘sweetest victory’ – was predicated, in part at least, on his singular willingness to let people take the piss out of him.

Or, even, to encourage it.

This much was clear from the second he described himself as a “daggy dad” and then set about raising (or lowering, I guess) the bar on dagginess.

No cringeworthy photo opportunity, no ocker colloquialism, no puzzling pontification (I mean, really – really – what’s “burn for you” about??) was beneath Australia’s accidentally-on-purpose PM. 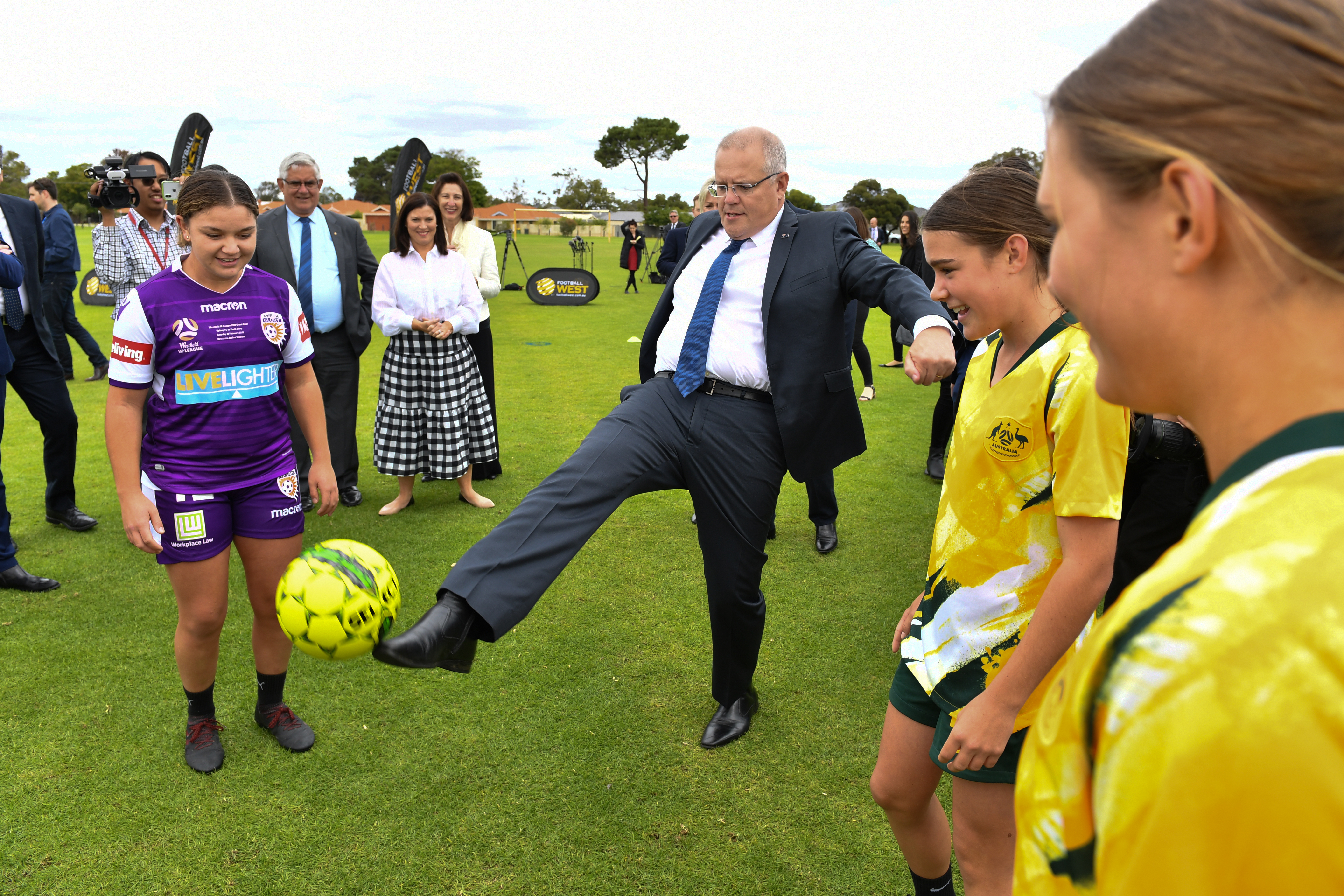 And while those who would never have voted for him regardless stifled their mirth (or didn’t, as the case may be), others evidently responded to his avuncular dagginess in much the same way as they responded to Rob Kerin back in the day.

‘Kero’, of course, fell short – and then kept falling.

But if ScoMo is a rich man’s Rob Kerin, Bill Shorten was a poor man’s Neil Kinnock – a leader so determinedly dour and so fundamentally untrusted that people couldn’t bring themselves to vote for him, even when all the evidence suggested they planned to.

Wherever he qualifies on the ‘ugly people’ requirement, Shorten rarely got the hang of the showbiz of politics.

Should that matter? Perhaps not.

Did it matter? Surely. 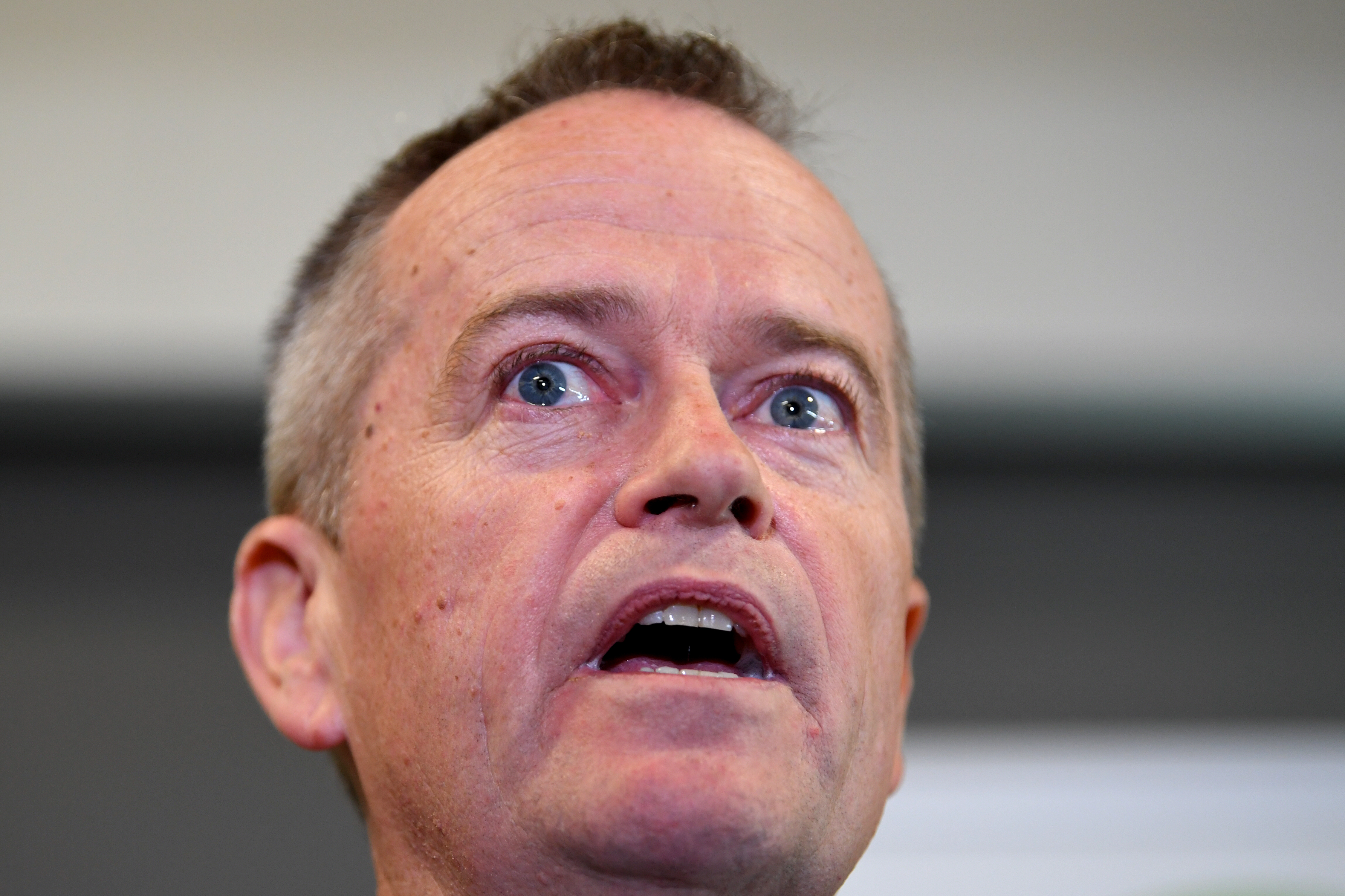 He had moments of cut-through clarity: signs of life in debate, the fire in his damp eyes for his late mother as he decried the Murdoch media’s “gotcha shit”.

But perhaps the diffuse nature of modern communications puts less store in these individual moments of symbolism that used to turn entire campaigns, as it did for poor old Hewson and his birthday cake.

Bob Hawke’s death, for instance, felt like a crucial, galvanising moment for Labor, the wistful reminder of Australia’s own Camelot, when leaders were charismatic and relatable and stood for things and articulated what those things were. Perhaps though, it merely served to remind voters of all the things that Shorten was not.

If this was ScoMo’s fair dinkum sweetest victory, for Labor it is as bad a nightmare as that ’93 poll was for Hewson’s Liberals.

Worse really. For ALP folklore elevated Keating on account of what he achieved at that election. And his true believers must now grapple with the reality that ScoMo – at whom they scoffed and swore and invented clever nicknames such as the cheerily charming ‘Scummo’ – has achieved a feat perhaps more remarkable. And must consequently be forever considered a formidable figure in Australian political history.

Oh dear ! How often have I heard this from the Labor Left in my lifetime ? They have nothing to say to people in rural & regional Australia, couldn’t be bothered campaigning & staffing polling booths there & are uninterested in most ethnic & religious minorities.

But if the Coalition snatched victory from certain defeat, this election was always Labor’s to throw away.

And throw it away they did.

The pity of it is the same as it was after Hewson’s GST package was ripped apart by that political pitbull PJK, thus delaying an economic measure that Keating himself had long championed.

It took another decade before another leader (recently-elected One Nation state MP Mark Latham) took a detailed, contentious policy platform to a federal election, and 15 years again before Shorten’s Opposition tempted political fate.

And just as in 2004, the signs for Labor were sour early as the Tasmanian seats of Bass and Braddon turned the Liberals’ way.

After three failures in 25 years, we can expect that we have seen the last of policy-driven campaigning.

That’s the shame of it.

But it’s a shame for which Labor is responsible, for the Liberals were always going to capitalise on contentious reform; Labor’s folly was that they failed to sell it.

If it’s laudable to take voters into your confidence, to lay out a plan you believe is good and necessary, it’s another thing altogether to predicate an entire election on an economic agenda that is almost childishly easy to demonise, ludicrously convoluted to explain and for which you never successfully offer a rationale as to why it’s necessary in the first place.

The Liberals were always going to capitalise on contentious reform; Labor’s folly was failing to sell it

The shame of it is that voters deserve big ideas, they deserve detailed policy and – despite everything – I still believe they want visionary leadership.

But a commitment to “make the tax system fairer by closing down a concession that gives cash refunds for excess dividend imputation credits”? That ain’t it.

For all the wailing and gnashing of teeth about the relentless turmoil – the ‘form of madness’, as described by one of its higher profile victims, who will presumably keep a lower profile from hereon in – last August’s spill has yielded its perpetrators another term. Just as the one before that did, and another before that.

The lesson, to recall yet another political cliché, is that while you must always pretend that disunity equals death, it doesn’t.

While the bereft political Left, clutching for straws of consolation, may hope the presence of a clutch of crossbenchers avowedly committed to action on climate change may forge a more centrist consensus, the fact is the pitter-patter of scurrying moderates who thought they were escaping a sinking Liberal ship has shifted the power balance in the party.

Without the likes of Julie Bishop, Craig Laundy, Kelly O’Dwyer and SA powerbroker Christopher Pyne – to whom party insiders are convinced Tony Abbott’s parting shot that he’d rather be a loser than quitter was surely aimed – the Liberal left is in retreat.

Without the head, the body will die.

Just ask Centre Alliance, the party for whom that notion appears tailor-made.

Without the Xenophon X-factor, the party’s vote has collapsed, nowhere more evident than in the southeast seat of Barker, whose Liberal incumbent Tony Pasin got the highest swing to the Liberal Party in the nation outside of Wentworth.

The former Xenophon Team’s sole success, Mayo incumbent Rebekha Sharkie, is far more of an independent than an ambassador for the party cause; she even eschewed Centre Alliance branding on her campaign propaganda.

Its senate crossbenchers, Stirling Griff and Rex Patrick, are astute and hard-working and will continue to wield influence while they see out their terms. But it seems inevitable that in three years’ time, Centre Alliance will effectively disappear as a political brand.

So too the Australian Conservatives, once the great white hope (literally) of the new Right, whose statewide vote was so insignificant they were outpolled by the Animal Justice and HEMP parties.

Of course, if Cory Bernardi had foreseen where the Liberal Party would fetch up today, the Australian Conservatives might never have been born.

But in truth, who could have foreseen it, with every published poll forewarning something else entirely?

A remarkable feat indeed then.

And yet, for a party that has lost every Newspoll since the last federal election in 2016, it’s a feat that, again, lends itself to the most trite of clichés.

The only poll that counts is on election day.