Humans are marching species towards extinction at an alarming pace.

As a result, an incredible one million species are at risk of extinction. And many are in our own backyard.

The IUCN Red List of endangered species states that Australia has 86 animal species that are considered critically endangered, and therefore requiring urgent intervention.

Australia has the highest rate of mammal extinction in the world, and a Senate inquiry into the rate of faunal extinction in Australia is examining why current laws are failing to arrest the trend.

The interim report released in April cited submissions from ecologists and conservationists, which claimed that Australia has one of the world’s worst records for the extinction and lack of protection for threatened fauna. Frightening.

Even scarier, perhaps, is the plummeting population of koalas along Australia’s east coast: we’re losing these iconic animals at a rate of 21 per cent per decade.

Not surprisingly, the plight of koalas is matched by concerning declines for many other Australian species.

An extinction crisis is unfolding in plain sight. So, why has there been relative silence on this issue during the election campaign?

The UN has made it clear: current efforts to protect nature are not ambitious enough to match the scale of the threat facing vulnerable species.

It will take strong and decisive leadership on this issue and meaningful investment to turn this around.

Because the thing is, species can bounce back, even sometimes from small populations, and Zoos SA’s conservation work is evidence of that and should give us all hope for the future. 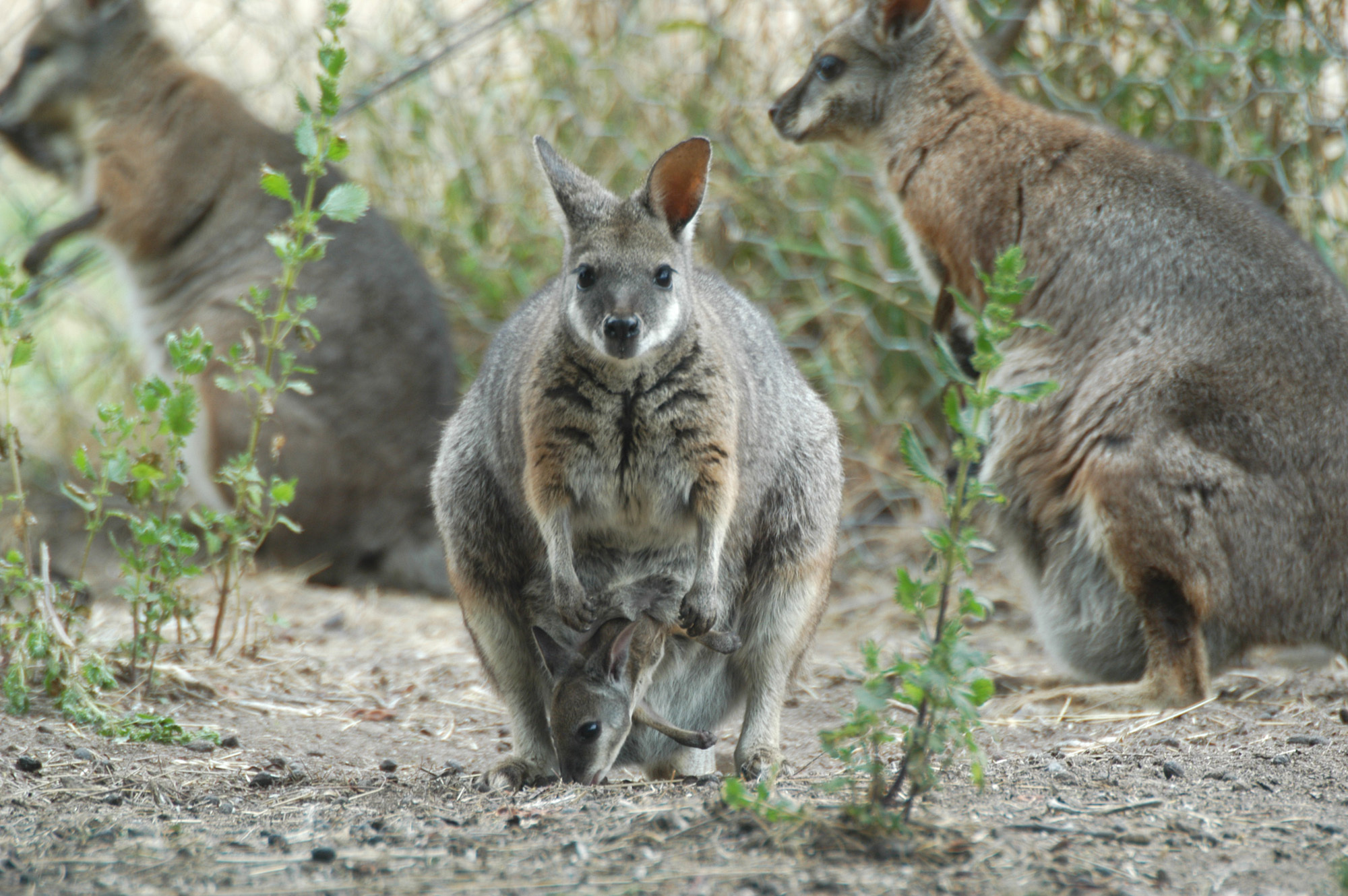 The Tammar Wallaby was once considered extinct in the wild in South Australia. Photo: AAP/Australian Genome Research Facility

At Zoos SA, we are proud to have successfully brought species back from the brink of extinction and contributed to the captive insurance population of many others.

Take the Pygmy Blue-tongue, for example, which was once thought to be extinct.

This amazing little lizard had not been seen in its natural habitat for more than 30 years when in the spring of 1992, a herpetologist examining the stomach contents of a roadkill Eastern Brown Snake discovered the body of a Pygmy Blue-tongue.

Over the 25 years that have passed since its rediscovery, a focused research program involving a diverse range of stakeholders including Zoos SA, has been working to ensure the recovery of the species and led to a world-first in conservation with the successful captive breeding of 14 endangered Pygmy Blue-tongue Lizards at Monarto Zoo in 2016.

Then, there’s the Tammar Wallaby which was classified as extinct in the wild in South Australia in the 1920s. Zoos SA worked with our partners to re-establish a wild population at Innes National Park, giving the species a second chance. Releases have been very successful.

And the list goes on. Working across both Adelaide Zoo and Monarto Zoo, we have bred more than 15 species for re-release into the wild locally, nationally and internationally. These include Greater Bilbies, Western Swamp Tortoises, Orange-bellied Parrots, Yellow-footed Rock-wallabies, Regent Honeyeaters, Stick-nest Rats and more.

And we’re not stopping there. Working alongside the local community and a number of partners, we’re involved in a once-in-a-century opportunity to restore damaged ecological systems within the southern Yorke Peninsula. The project will establish 150,000 hectares of open-range sanctuary for some of Australia’s most iconic threatened species.

As a conservation charity, we do as much as we can to save species from extinction but, unfortunately, this is a drop in the ocean in terms of the scale of effort needed to turn around species extinction.

Ahead of the federal election, we are calling for concrete and tangible commitments to arrest the decline of wildlife.

We know that nature is not just a “nice to have”, but is essential to the long-term wellbeing and survival of our own species – humans.

Everyone – governments, businesses, communities and individuals – has a role to play in addressing this problem before it’s too late.

We cannot continue with business as usual.

The time is now for governments and political parties to take meaningful action to save threatened species – before it’s too late.

Elaine Bensted is the chief executive of Zoos South Australia.