On Saturday, May 18, around 15 million Australians will turn up to their nearing polling booth, vote, perhaps grab a democracy sausage and return home. On Sunday, as Australians wake up to a new political reality, the last act of the Indian general elections, launched on April 11, will be played out.

More than one million polling booths will be available to almost 900 million registered voters during the election, which is held in seven distinct phases. Two very different processes will be deployed to select elected representatives to our two democracies.

Narendra Modi will likely be re-elected as Prime Minister at the end of this process. His strong belief in the Hindu value system may have disillusioned many but recent polls indicate that the majority are satisfied that change is happening at a sufficiently fast pace to justify a further five-year term.

An economic and social revolution is happening in India. Progress is real, both in immediate improvements to people’s lives and in more subtle changes in behaviour that augers well for India’s future.

India’s is the fastest growing major economy in the world. Pressure to realise even higher rates of growth is caused by informed estimation that only a growth rate of 8 per cent or more will provide jobs for the one million Indians who enter the workforce every month, which explains why the world’s fastest growing economy is experiencing its highest level of unemployment in the organised sector in 45 years. Nonetheless, the fundamentals of Indian economy are strong. Inflation is low and the fiscal deficit largely under control.

Significantly, Modi sees no light between economic and social policy. It is fascinating to consider the way in which he is using economic policy levers to achieve lasting behavioural change. Modi is unique as a modern leader who seeks social progress through economic development, without sacrificing the intellectual or ethical tenets Indians hold dear.

The most consistent element of Modi’s first term is his commitment to behavioural economics. Modi had been deploying ‘nudge theory’, which proposes that positive reinforcement and indirect suggestions will alter long-term behaviours, before Richard Thaler was awarded the 2017 Nobel Prize for economics for his contribution to the same subject. The National Institution for Transforming India, a policy think tank of the Government of India of which Modi is chairperson, worked with the Bill Gates Foundation to establish a ‘nudge’ unit, in 2016.

Modi’s commitment to changing social behaviours speaks to his desire to bring about lasting change in the Indian mindset. Even policies of questionable immediate value, such as demonetisation, will have an enduring effect on behaviours. In 2016, Modi announced that all 500 and 1000-rupee notes would be removed from circulation, rendering 86 per cent of currency in public hands worthless and, according to some, costing more than one million jobs. However, the long-term impact is that the Indian mindset is now more attuned to instruments necessary to a modern economy such as banking, digital financial transactions and paying taxes.

Swachh Bharat Abhiyan, or ‘Clean India’, is another policy that will have an enduringly positive impact, even if the immediate short-term impact is difficult to see. India still has huge sanitary issues, and its aesthetics remain compromised by ubiquitous filth. But children are now picking up rubbish and keeping their schools clean. Ninety million toilets have been constructed, and sanitation coverage has risen from 38 per cent (in 2014) to 98 per cent. They may not all be used, but private habits take a generation to change.

Coincidentally, the Australian Government also established a Behavioural Economics Team, ‘BETA’, in 2016. BETA has since completed 30 different projects with as many partners, designed to achieve diverse outcomes such as supporting farmers during drought and achieving labour law compliance. But BETA has maintained a comparatively low profile when compared to nudge initiatives in India. Behavioural economics corresponds to a lateral, long-term mindset.

Economic development and social progress are taking place in India, but at what cost? The late Pupal Jayakar once questioned, ironically in her excellent biography of Indira Gandhi, if India would meet challenges of an ever-changing world and of a perennially disoriented humanity, with its wisdom intact. “For without this wisdom,” Jayakar wrote, “what is India?”

Modi has coupled a search for modernisation and economic progress with an enduring respect for India’s accrued wisdom, in a moment in which too often traditions, beliefs and morals succumb to the seeming needs of a modern economy.

The highway from Dehradun to Rishikesh, north of Delhi, a geographic basin redolent with Indian mythology, is often crossed by herds of elephants. This is troublesome in daylight, dangerous for both man and beast by night. Elephants, like monkeys, dogs and, of course, cows, are considered sacred in India. Convoys are now organised each evening on the unlit road, to protect the sacred animal from the crippling force of oncoming traffic. It’s a reminder that progress need not come at the cost of wisdom, nor humanity be disoriented by its pace. Sadly, animal welfare issues in Australia are first considered in terms of their economic, rather than purely ethical, impact. 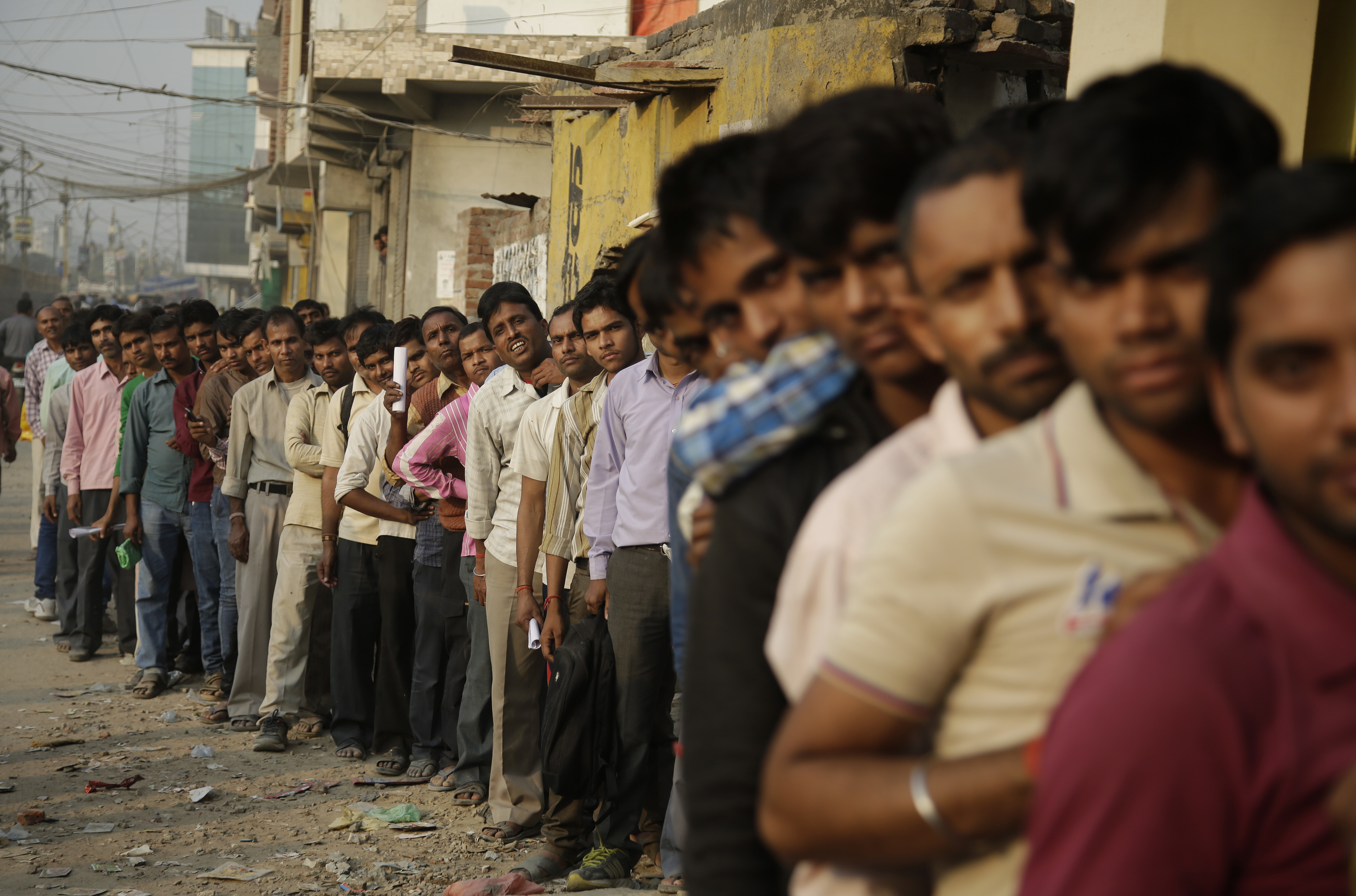 More first world solutions will be needed in India, as the number of stray dogs increase and monkeys find refuge from changes to their natural habitats in the towns and villages. The sacredness of cows has emboldened Modi’s BJP party’s Hindu fringe to exacerbate tensions between majority Hindus and (beef-eating) Muslims, adding a sharper edge to long-held suspicions of Modi’s anti-Muslim bias. His inexplicable silence on the role of his party’s extremists on quasi-religious fronts is disheartening supporters who came on board seduced by Modi’s, eerily Maoist-reminiscent, flagship slogan sabka sath sabka vikas (collective effort, inclusive development).

The upcoming election will be fiercely contested. Whereas in bygone days, relationships between politicians in opposing parties have often been convivial, even friendly, as a result of the labyrinthine nature of the Indian elite, the electoral rivalry between Modi and his opponent, Rahul Gandhi, putative head of the emerging coalition of 21 parties, is anything but. Modi is a backward caste outsider; Gandhi, top of the tree brahmin dynastic insider.

Their very personal simmering rivalry faces two new social imponderables in the coming spring hustings. First is the silent feminisation of the electorate. In 2014, the number of women voters exceeded male voters in the majority of states. The male entitlement syndrome in India, now juddering in the times of the #MeToo movement, will empower female voting even more in 2019.  Second, there will be some 15 million first-time voters, joining the cohort of youth whose votes already influence more than 50 per cent of constituencies. Who do they know better: Modi, especially after his recent muscular response to Pakistan-based terrorism, or the scion of the self-entitled, Gandhi dynasty?

India continues to face myriad immense challenges. The religious schisms that are being exacerbated should not be overlooked. Women remain under constant threat, at every stage in their lives. The caste system continues to couple fate with circumstance. But enough progress is taking place to deliver Modi a further five years as Prime Minister of the Republic of India.

Andrew Hunter is an Adelaide writer and commentator on international relations.