Democratic politics, so the old theory goes, operates a bit like a pendulum: support for parties, ideas and movements swings routinely one way, and then the other. And political support ebbs and flows with metronomic consistency.

South Australia, then, may be the exception that makes the rule – the state where the pendulum got stuck mid-swing to Labor and took a generation to swing back again.

Nonetheless, we can still see the pendulum effect at work, as everything old becomes new again.

Once upon a time, for instance, we had a Rann/Foley administration whose predilection for making big announcements and then trying to garner popular support for them became so infamous that a member of that very same administration (who coincidentally went on to become Premier some time later) actually railed against it publicly, lamenting the “announce and defend” mentality.

Jay Weatherill even coined the term he wanted to symbolise a fresh approach: “debate and decide”.

He did, perhaps, have a point.

When the Rann government announced, for instance, its whizz-bang new plans for a permanent grandstand in Victoria Park, it was so loudly derided by parklands enthusiasts and city-dwelling dog-walkers that Kevin Foley eventually relented, and came up with the much more attractive and less disruptive alternative of, um… turning the area into a virtual construction site for six months of every year.

There was, at least, a happier outcome when Labor unveiled its grand plans for Adelaide Oval – but only after years of soul-searching, uproar, an election fought on a deliberately concealed cost blowout and a divisive SACA ballot.

By contrast, under Weatherill’s favoured approach the initial announcement meant merely the start of a process of consultation. He wanted, for instance, a nuclear waste dump, but he didn’t announce a nuclear waste dump. He announced a Royal Commission into the nuclear fuel cycle whose terms of reference were deliberately geared to return a recommendation for a nuclear waste dump. And that was then subjected to endless rounds of inclusive public scrutiny, before it was inevitably, well… dumped.

So while “debate and decide” was initially gladly received by an electorate weary of Labor’s propensity to (as Weatherill himself put it) ride roughshod over public opinion, it soon wore out its welcome as people wised to the fact that there was plenty of debating and not much decision.

And so back the pendulum swung.

Steven Marshall’s Liberals are evidently no fans of the “debate and decide” mantra.

We saw as much again this week, as Education Minister John Gardner announced changes to school zones that cut residents in suburbs such as Hilton, Torrensville, Mile End, Kurralta Park, Glandore, Richmond, Marleston, Black Forest and Clarence Park out of access to the two city high schools, including the new Botanic campus.

Well, technically, what he announced was an $18 million funding boost for new capital works at Adelaide High to increase its capacity by 350 places, in order to accommodate the Government’s push to shift Year 7 into secondary school by 2022.

The zoning changes bit was slipped in as a footnote – a bitter aftertaste to the main serving.

It’s a standard PR spin job reminiscent of the halcyon days of the Rann era – an era of which the Marshall Government is increasingly redolent.

Mind you, at first blush, an unsignposted rezoning seems like a pretty lousy political strategy.

This is Adelaide, after all, where people’s preoccupation about where you went to school haunts you more or less to your death-bed.

But on closer inspection, the politics becomes more Machiavellian.

The zoning changes cordon off residents in the Labor seats of West Torrens and Badcoe, while leaving in suburbs such as Stepney, Maylands, College Park and St Peters – all of which fall within Steven Marshall’s own seat of Dunstan.

So, technically, while parents may wail and gnash their teeth, they can’t inflict any particular political retribution on the Government – not at the ballot-box at least. Unless of course, the forthcoming Electoral District Boundaries Commission decides to do a bit of ‘re-zoning’ of its own!

Gardner spent the rest of the week throwing around cash for more capital works, but it all underlined one overarching point – that the Libs’ commitment to transition Year 7 into High School appears to be a costly one.

And given Education Department boss Rick Persse told parliament last year that there was no clear evidence the move will improve academic outcomes, that’s a lot of money to spend just to pull SA in line with the rest of the nation.

As a policy, it doesn’t seem like one that’s captured the public imagination either positively or negatively.

The general response appears to be that it’s probably inevitable so we might as well get on with it – but that could well change if the whole exercise spirals into a vast spending splurge for a project whose benefits have never really been explained.

But the interesting subplot to the whole week has been the whole “announce and defend” nostalgia of it all, with Gardner fronting up to angry parents at Black Forest Primary – but not before reaffirming in an ABC radio interview that the rezoning was not for turning. 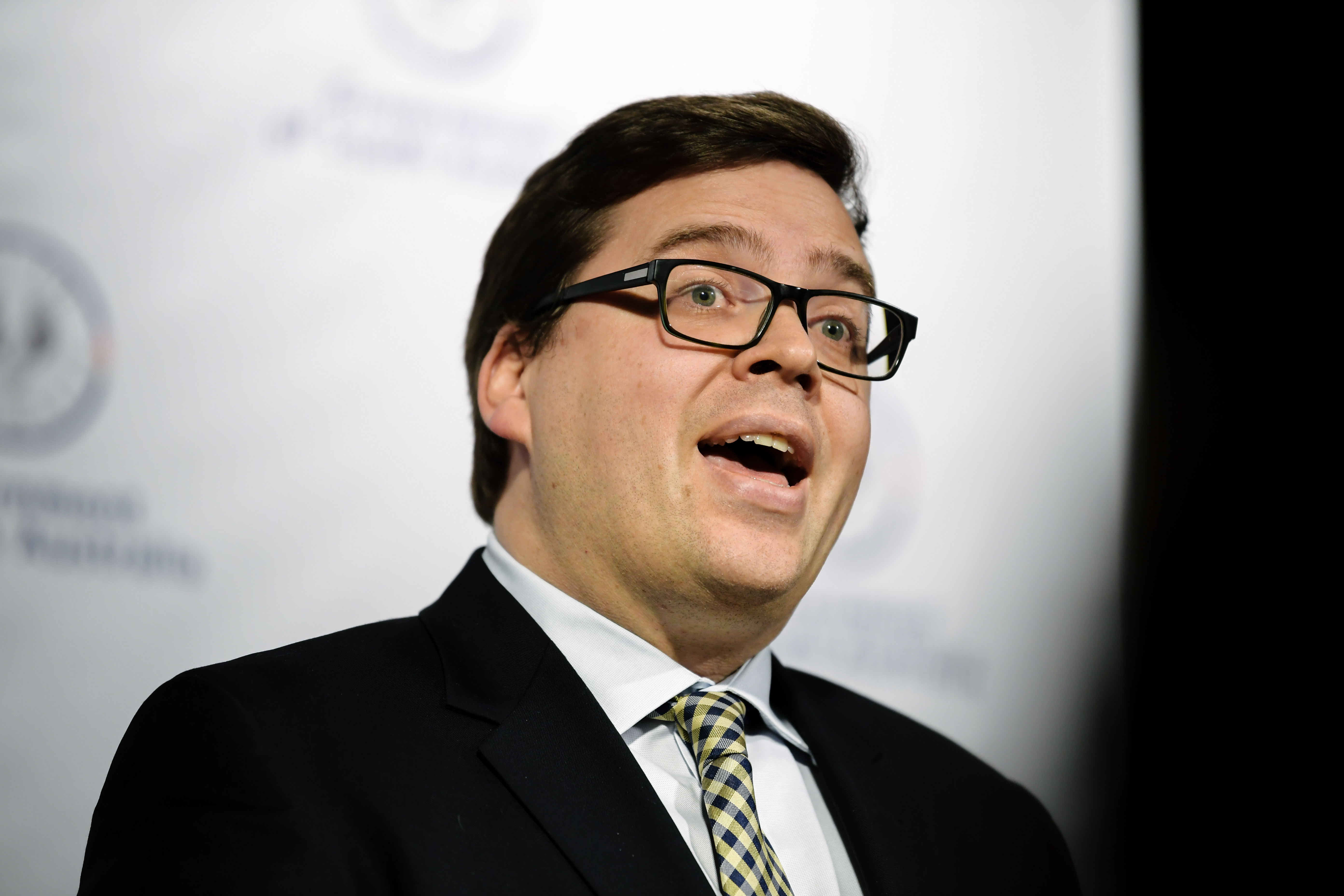 Which is odd, because only five months ago he was adamant the Government had no plan to change school zones in the first place, as detailed in this budget estimates exchange with shadow minister Susan Close:

CLOSE: “Can the minister guarantee that there will not be any zone changes to those schools (Marryatville, Brighton, Glenunga and Adelaide High) as a result of the move for year 7?”

GARDNER: “I do not expect that those schools… are being proposed in that way. I have also had advice in terms of enforcing the zones that exist currently, having that applied. In some cases in recent years zones have been enforced more rigorously than previously, and that may well provide some assistance in the process.

I can provide a little bit of further information. There is no plan to change any zones or more specialist programs. I note that there are some calls for zones to be reviewed. I received correspondence not that long ago from the member for Croydon, the Leader of the Opposition [Peter Malinauskas] dated 1 July, 8 May and 2 June, in which he argues for the Adelaide High School zone to be reviewed.

One of the letters, from memory, suggested that only suburbs east of South Road be included in the zoned area for the schools. He believes South Road to be a more natural geographic boundary. If the Leader of the Opposition’s recommendation is to be taken into account, noting of course that he was in the cabinet that set that zone, that would see significant numbers of suburbs west of South Road potentially excluded. That is what the Leader of the Opposition suggested.

We have no plans to change the zones at the moment. We know that Adelaide High and Adelaide Botanic High are going to be very popular schools, so that is a challenge we will look at. The Leader of the Opposition and the former deputy premier, the member for Enfield, have written to me asking for a review, and I will always take advice from my department on what is suitable on those occasions, but currently we have no plans.”

The thing about “announce and defend”: you’ve kind of got to be seen to believe in the thing you’re defending.

If you said a completely different thing only a few months ago, you just look like you don’t know what you’re doing.

The upshot of all this seems to be that Gardner is going back on one public statement in order to make his Year 7 transition policy work – effectively breaking one pledge to keep another.

And it’s not as if the school zones debacle is the Marshall Government’s first foray into “announce and defend” territory.

It seems almost laughable when one considers the number of consultative hurdles the Adelaide Oval redevelopment had to jump before it could go ahead that the next government could just throw on a hotel, announce it – and that’s the final word on the matter.

For a start, given the fraught nature of the debate among SACA members at the time (for those with short memories, it was sort of akin to Brexit in terms of the passions stirred up among the cricket fraternity), do you think that 2011 ballot would have had any chance at all of getting up if its participants had known that a boutique hotel would be thrown onto the eastern side of their beloved oval in swift turn?

This week, both SA-based AFL clubs have sounded ominous notes about the new addition, both noting in submissions to a Labor-instigated parliamentary inquiry that they were kept completely in the dark about the Stadium Management Authority’s plans – despite ongoing reservations.

And all this for a development that provides no tangible benefit to South Australians, other than bolstering the SMA’s finances and thus – potentially – keeping Adelaide Oval process in check. And one that was never mentioned in the Liberals’ deliberately underwhelming election manifesto, the document underpinning Marshall’s proud pledge to “underpromise and overdeliver”.

The notion that his Government was “keeping every single one” of its election promises was repeated ad nauseum throughout last year – right up to the moment the ‘never gonna happen’ pledge to install a right-turn onto the North Terrace tramline bit the dust.

These days, we don’t hear much mention of election promises anymore.

Maybe the Government’s just too busy defending all the things they never warned us about.

All of which is giving Labor hope – a hope never previously countenanced – that the pendulum may swing again sooner than anyone might have presumed.